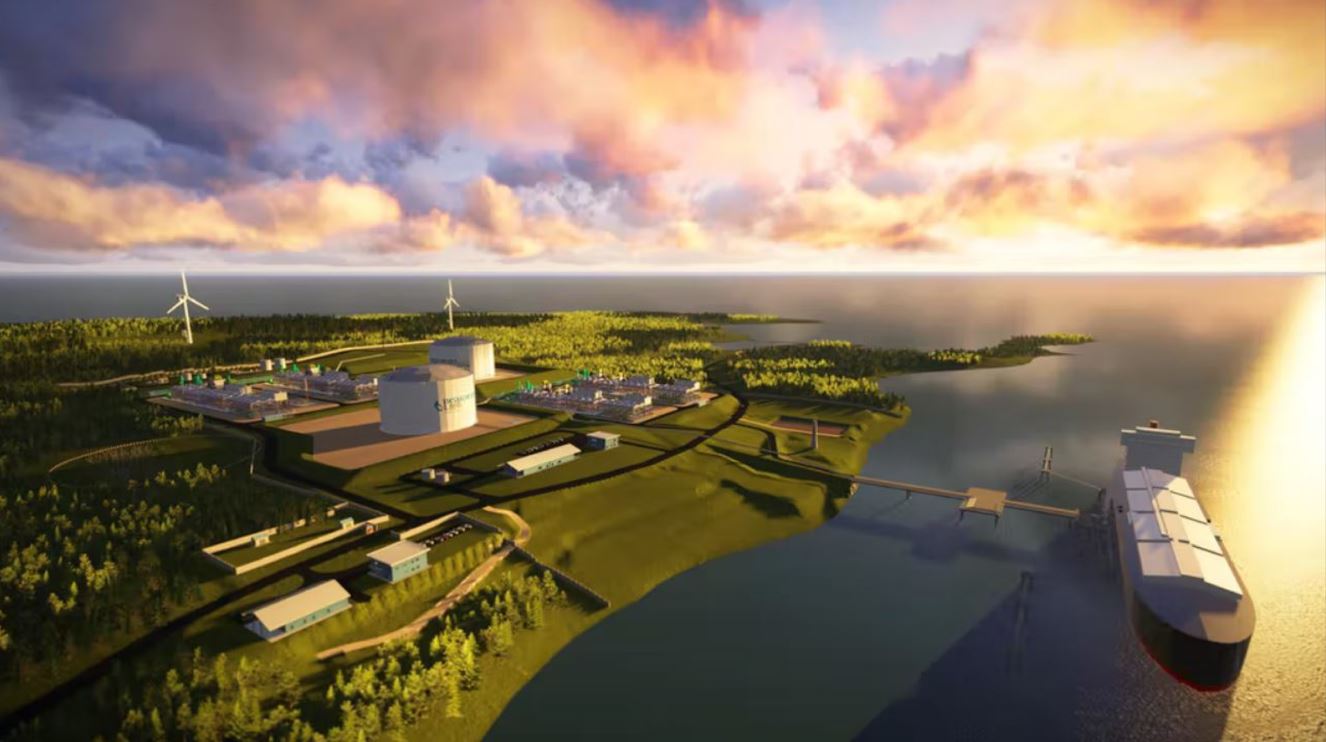 Global energy supply shortages over the past few years, now exacerbated by tightening oil and gas supplies due to the war in Ukraine, have brought Canada’s potential role as a major liquefied natural gas (LNG) supplier into the limelight.

For many Canadians, important questions about our nation’s global LNG export opportunity remain:

Q: Can Canada step up to the plate like the U.S. is and help Europe wean itself off Russian energy?

As Canadians across the country weigh in on these questions, it’s crucial we understand the context behind Canada’s LNG opportunity to promote a more balanced and fact-based discussion.

Hence, if you’re unfamiliar with the current “status” of Canadian LNG, we’ve collected a series of quotes and resources for you to browse and get up to speed with below!

“As global energy demand increases and new renewable energy development is not keeping pace, more natural gas is needed… Concurrently, dictators and autocrats are moving to solidify their power, sometimes using energy as a weapon.

Amid this turmoil, Canada remains reluctant to fulfill its unique position to help the globe’s looming energy insecurities through more natural gas production.”

“Wilkinson said the issue of European energy security and moving off Russian oil and gas is still top of mind for his G-7 colleagues. Yet the obvious problem for Canada, a major natural gas producer, is that it lacks an export terminal on its east coast.”

“While there is enormous export potential, Canada has been much slower than the US in developing LNG projects for export. Market conditions and concerns about energy security — especially for Europe —have created a new sense of urgency about project development in Canada.

Efficient regulatory and approval processes could allow the country to unleash enormous clean energy exports and permit Canada to become a key long-term supplier of LNG to Europe within the next five to seven years.”

“Coal use around the world is rising in what the head of the International Energy Agency (IEA) calls “a sobering reality check” for targets to reduce emissions.

Against that backdrop global demand for liquefied natural gas (LNG) is soaring, in part because it can help displace coal power and reduce emissions by half – or more, if the LNG comes from Canada.”

Canada’s Lost LNG Opportunities Due to Dearth of Export Facilities

“While the United States, Australia and other countries have already started to boost shipments of liquefied natural gas (LNG) to Europe, Canada remains on the sidelines.

Unfortunately, despite being the world’s fifth-largest producer of natural gas, Canada has missed the opportunity to expand our supply of LNG to overseas markets due to a lack of export infrastructure, largely due to regulatory barriers and environmental activism.”

“As the world’s fourth-largest producer of natural gas, Canada has the potential to capitalize on energy demand in the Asia Pacific region… Canada is a late entrant into the LNG market. Currently, 13 LNG projects are proposed and one is under construction in BC

Given that the demand for LNG in the Asia-Pacific market is currently being filled by traditional players such as Qatar and Australia, the entry of new players, such as Canada, will create a new dynamic in the coming years.”

“As part of its support for Ukrainian independence, the Canadian government has approached the proponents of two other large-scale LNG projects on the east coast to determine if they could be fast tracked to bring Canadian gas to Europe.”

“The problem with Canadian LNG projects is we’re in our own way. We take too long, there is too much bureaucracy, there’s too much regulation, we miss the pricing window, we have cost overruns and the economic advantage that we should have is lost along the way.”

“Had these projects gone ahead, by mid-decade Canada would be able to supply about 37 billion cubic metres cm of natural gas to the EU, replacing almost a quarter of Russia’s annual exports.”

“Canada has hundreds of years of natural gas supply, robust infrastructure, and industry expertise that meets the highest standards of corporate and environmental performance. We can do more for Europe and the world.”

Canada Missing a Critical Opportunity in the Global LNG Market

“In Canada, we need to ignore the naysayers. They have thwarted both the creation of a massive new export sector for Canada and the lower worldwide greenhouse gas emissions that would result from Canadian LNG exports.”

“The Canada-Japan energy partnership proposal demonstrates the potential for Western Canada to reduce global GHG emissions by exporting LNG to Asia and displace coal as feedstock for electricity generation.”

“Canada, home to vast natural gas reserves, is ideally positioned to provide the world with the natural gas it needs for heating, cooking, electricity, fertilizer, renewables, and so forth. We will do this through the build-out of LNG export facilities with access to tidewater.”

Hey Canada, Look to the U.S. On How to Speed Up LNG Development

“Canada has a lot to learn from its “big brother” when it comes to developing domestic energy resources. For decades, our closest ally and trade partner – the U.S. – depended on the world for energy. Today, it has become the world’s top producer of both crude oil and natural gas.”

“Canada's responsible natural gas sector is more transparent and has stronger protections for human rights and the environment when compared to many of the world's other major gas exporters.

Therefore, it only makes sense to support Canada's up-and-coming role as an LNG exporter and stand behind proposed projects with low carbon footprints like Cedar, Ksi Lisims and Woodfibre.”

“Despite the fact that we have vast proven reserves of natural gas and the technical know-how to sustainably produce and export the resource to international markets, Canada has, for the most part, failed to advance the development of its LNG industry.”

Canada’s Liquefied Natural Gas Export Opportunity Is Still Here. Will We Take It?

“Canada has without a doubt had a more challenging time developing its liquefied natural gas (LNG) export industry than Qatar, Australia and the U.S. have over the years.

To date, several multi-billion-dollar export facilities have been proposed in Canada only to be cancelled later on, with just one major facility successfully navigating the lengthy and difficult regulatory process our country is infamous for when it comes to new natural resource projects.”

Join us today on YouTube, Facebook and Instagram to learn why the world needs more Canadian natural gas on global markets and how this benefits both our families AND the global environment! We hope to see you there!

Canada has a lot to learn from its “big brother” when it comes to developing domestic energy resources. For decades, our closest ally and trade partner – the U.S. – depended on the world for energy. Today, it has become the world’s top producer of both crude oil and natural g... 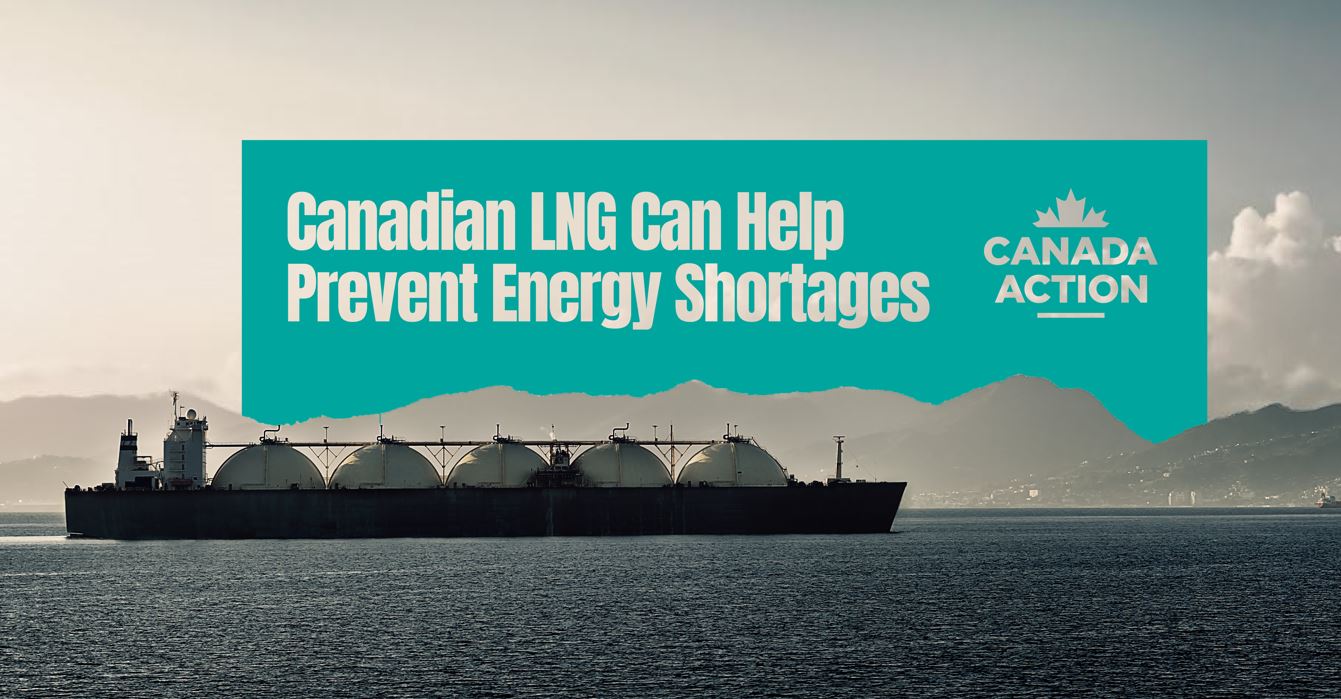