Did you know that despite being a major world producer and exporter of crude oil, Canada also imports oil from abro­ad, most of which enters eastern Canada? This is mainly because there has been insufficient infrastructure built to connect Western Canadian oil supplies to eastern Canadian markets.

As a matter of fact, in 2017, Canada imported 670,000 barrels per day of crude oil from countries such as the USA, Nigeria, Saudi Arabia, Azerbaijan and Norway (see below for 2016). 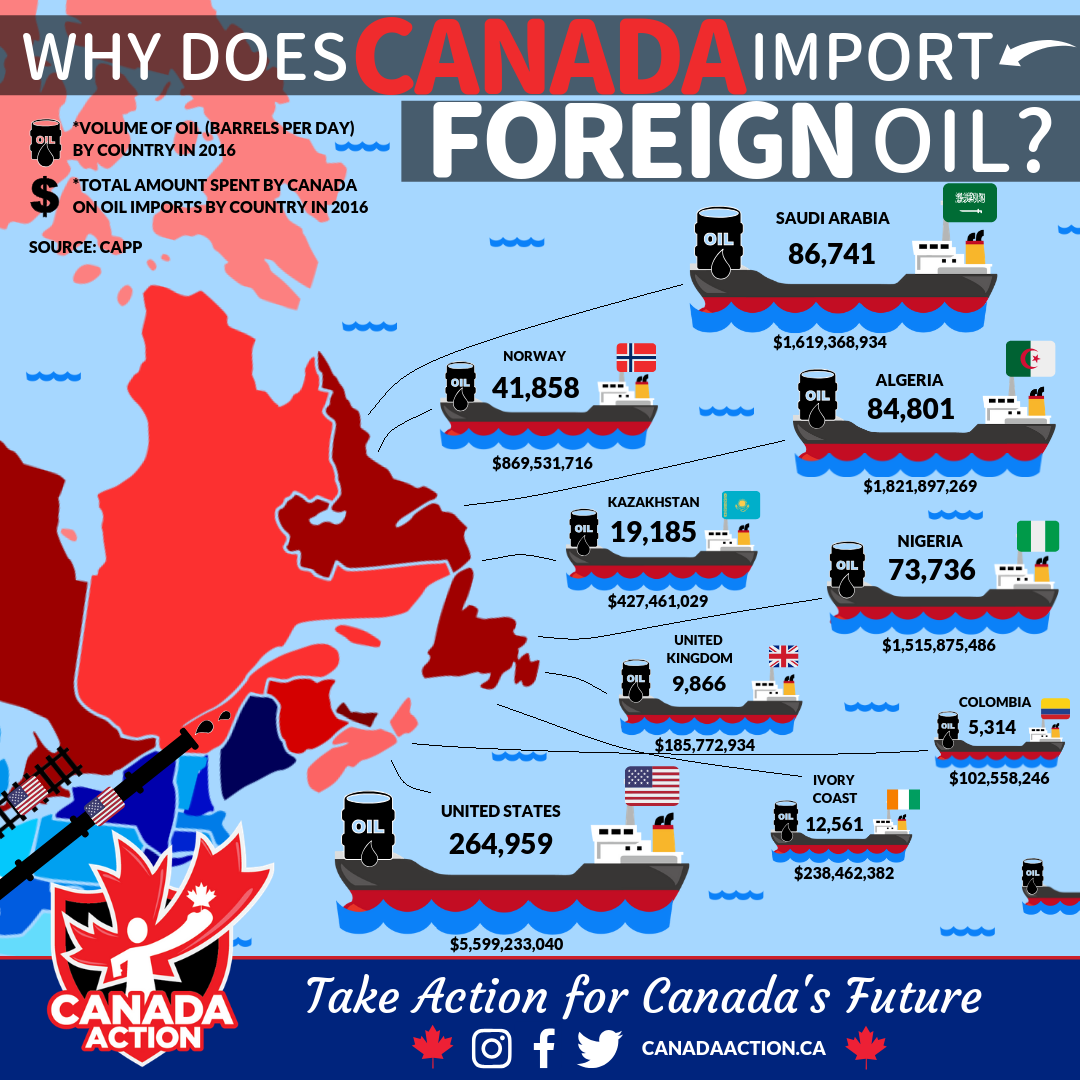 So why does Canada not have any infrastructure to replace this imported oil with our own? That’s a good question many Canadians are wondering about nowadays, especially with recent events like the record-high WCS vs. WTI differentials in November of 2018.

If you’ve heard of the Energy East project, then you should know that the opportunity to connect east and west with energy infrastructure via pipeline was put on hold when the project was cancelled by TransCanada in October of 2017. What would have been so great about this project being built?

What are the Benefits of Energy East?

When Energy East was cancelled, not all provinces that the pipeline would traverse through supported it. However, since then, various provincial governments have changed and there’s now support for Energy East in Ontario, New Brunswick, Nova Scotia and even in Quebec.

The economic benefits of building the Energy East pipeline are apparent:

Let’s not forget the fact that if it were built, Canadian petroleum producers would be able to access international markets like those in Asia and Europe and begin selling their oil at a higher price. This would not only generate billions of dollars in revenues for both governments and the private sector, but also act as a much needed kickstart towards reinvigorating our nation's sluggish economy.

Currently, Western Canadian oil is selling for a large discount because we don’t have new pipelines. We’re also importing oil at global prices. We must stop giving our prosperity away!

Building the Energy East pipeline and others like the Trans Mountain expansion would get our oil to tidewater and reduce eastern Canada’s reliance on foreign unethical oil coming in from countries with much lower environmental rules and regulations. Many of these countries, like Saudi Arabia, for example, also have much more restricted levels of freedom and democracy and not-so-great reputations when it comes to human rights.

How Much GHGs Do Pipelines Emit in Canada? 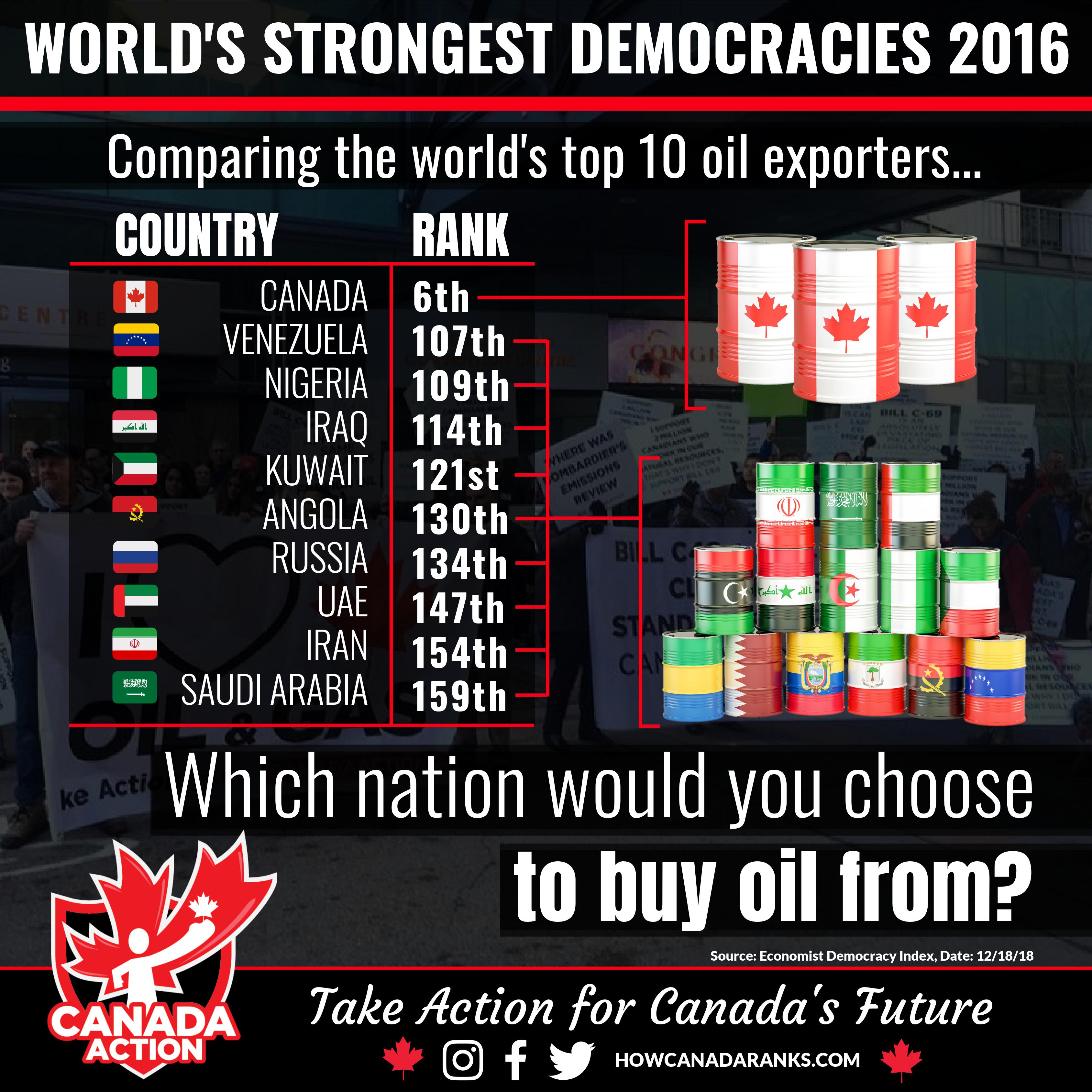 The recent spat with Saudi Arabia you’ve surely heard about by now has reinitiated the Energy East pipeline debate. The question remaining that needs to be answered is: why are we still importing unethical foreign oil when we have all that we need right here at home? 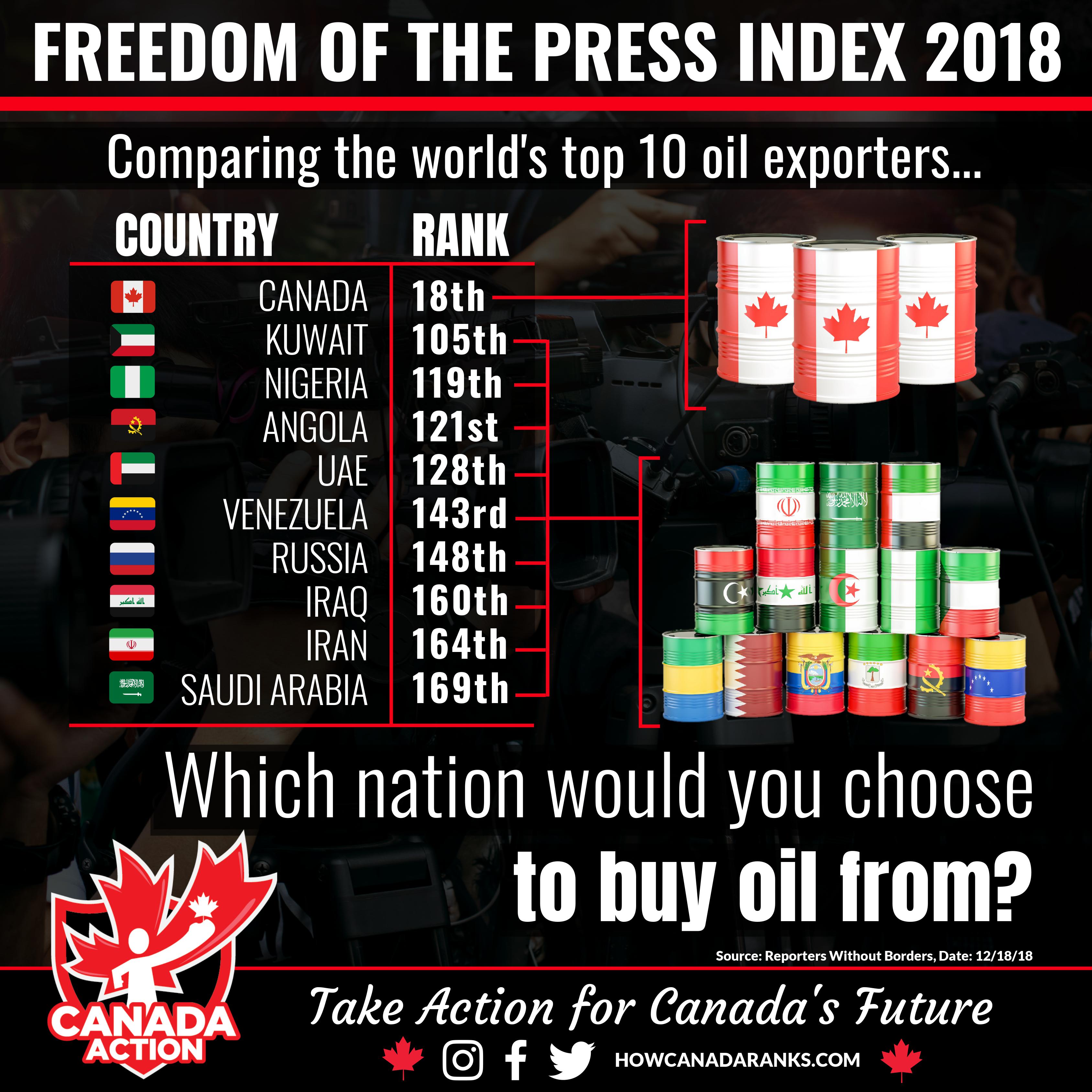 In 2017, Canada imported more than 100,000 barrels per day from Saudi Arabia, amounting to a tab of billions of dollars per year. What our country should be doing is supporting ethical oil coming from producers right here in Canada, of which is produced to the highest environmental standards there is across the globe. If bought from producers in Canada instead, that money would be spent within the country and benefit the economy in various ways. 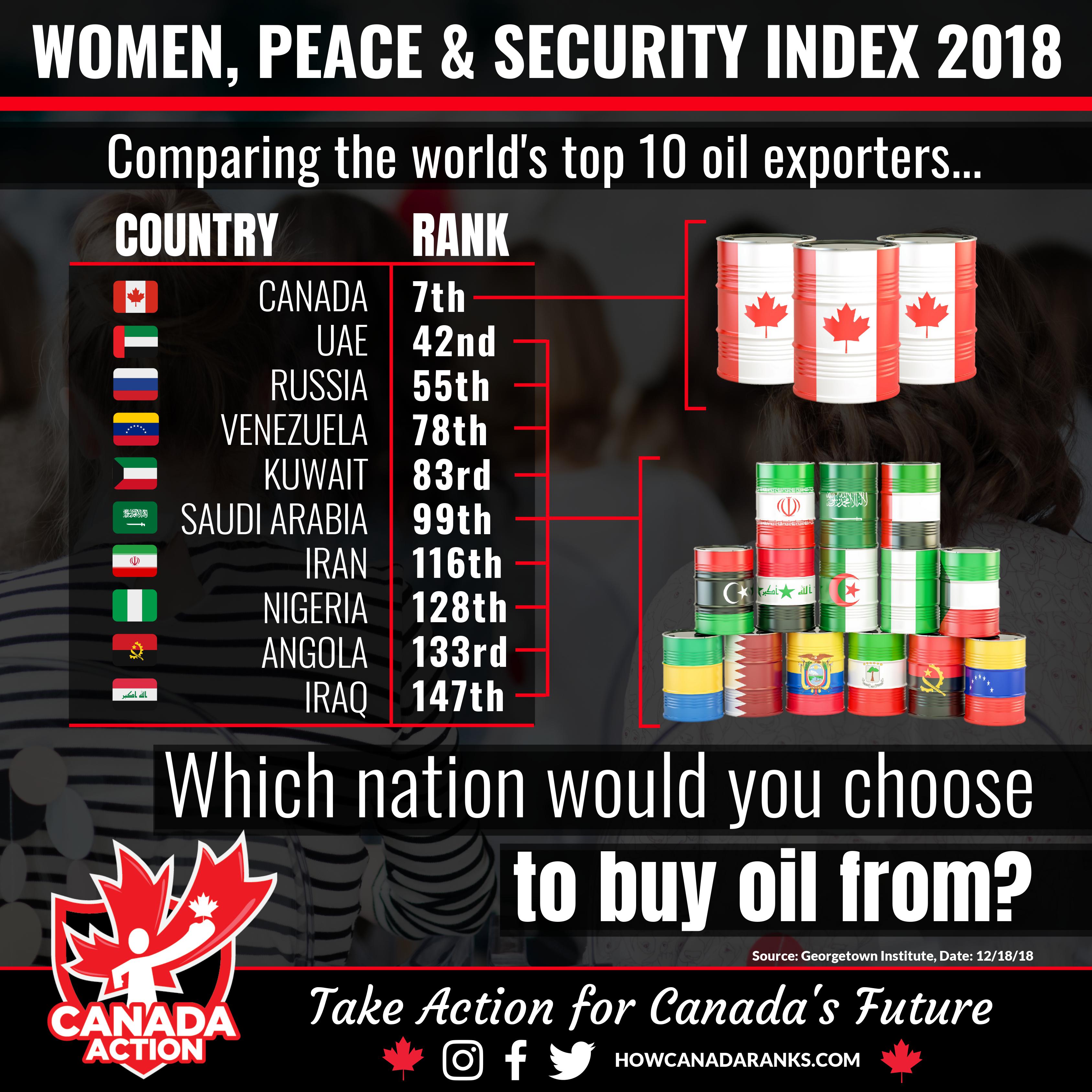 This conflict is a prime example as to why we should get behind all pipeline projects in our country as Canadians. Canadian oil is not only good for our economy, but also the global environment. It’s a win-win situation!

Take Action on Pipelines in Canada

Premier ⁦@BlaineHiggs⁩ says he has spoken with TransCanada and the company is willing to revive #EnergyEast - if it has the help of the provinces along the failed pipeline’s proposed route. https://t.co/8kAJXC49eq

As supporters of Canadian pipelines, prosperity and nationality, we have the power to come together and make our voices heard!

If you believe that pipelines like Energy East, Trans Mountain and Keystone XL are critical pieces of infrastructure that will be positive forces behind economic prosperity for Canada, send a letter to your elected MP and ask them to put their support behind these projects and the middle-class Canadians they will employ across the country.

Even though some of these projects are currently suspended or on hold, it doesn’t matter. We need to show our support – Canada’s long-term prosperity is at stake!

Other simple things you can do to show your support and grow our movement: