Canada is a world leader when it comes to renewable energy investment and production. It’s not something that you hear about often in Canada, but it’s an important message to get out to the national and international communities.

Check out these 12 quick facts about Canada and renewable energy: 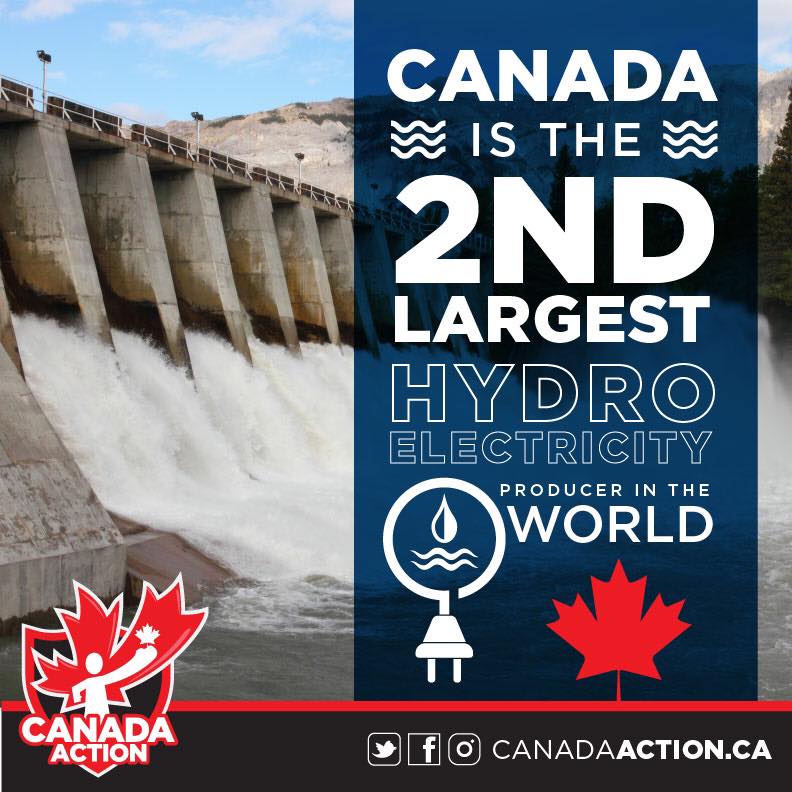 According to the federal government, 17.4% of Canada’s total energy supply came from renewable sources such as hydro, wind, solar and biomass in 2016.

According to a report by Ernst & Young, an accounting firm based in the UK, Canada ranks 14th in the top 40 renewable markets across the globe. China, the USA and Germany top their list of the most appealing nations to invest in renewables.

According to the National Energy Board (NEB), all renewable energies including nuclear power accounted for more than 65 percent of Canada’s electricity production in 2015. That figure is even higher today – around 80 percent.

The NEB also states that between 2005 and 2015, Canada’s use of renewables for electricity production grew by 14.6%. During the same time, demand for energy grew by 5.87% - this is good news!

According to the International Energy Agency (IEA), Canada is the world’s second largest producer of hydroelectric power. In 2014, hydroelectricity accounted for 58 percent of Canada’s total electricity generation.

According to the Global Wind Energy Council, Canada increased its wind-energy production from 351 megawatts (MW) in 2003 to 11,890 MW by the end of 2016, making it the 8th largest wind producer in the world on a cumulative basis.

In 2015 alone, approximately CAD $3 billion was invested into wind energy projects across the nation. The Global Wind Energy Council estimates that about five percent of Canada’s total electricity demand comes from wind power.

According to BP’s Statistical Review 2017, use of solar photovoltaics (PV) in energy production has increased dramatically in recent years. By the end of 2016, total cumulative energy production from PV sources was 2,715 MW. It’s expected this demand will continue to grow and increase three times by 2025.

According to the International Renewable Energy Agency (IRENA), more than two-thirds of Canada’s electricity energy comes from renewable sources. Between 2009 and 2017, electricity production from renewables increased to 99 gigawatts (GW) in 2017, up from 78 GW in 2009.

According to the federal government, Canada produced 10% of the total hydroelectricity generated in the world in 2016 – 10% of 4,061 terawatt hours (TWh), placing us 2nd behind only China.

According to the federal government, Canada produced 3% of the total renewable energy production worldwide in 2016 – that’s 3% of 78,618 petajoules (PJ), or 21,837,777.8 gigawatt hours (GWh). That puts us in seventh place behind China, India, United States, Brazil, Nigeria and Indonesia

According to the federal government, Canada generated 2% of the total 539,581 MW of energy produced by wind capacity worldwide in 2017, ranking us as 9th across the globe.

Globak energy demand is growing, and we need an all of the above strategy. Wth current technology, switching to renewables overnight is impossible; the world will be reliant on oil and gas for many years to come.

For now, Canada’s dedication to the use of renewables is apparent on its environment and natural resources website where it says it’s committed to having 90 percent of all electricity generation come from non-GHG emitting sources by 2030.

Currently, about 80 percent of Canada’s electricity generation comes from such sources. We aren’t too far off. We must acknowledge that Canada is a world leader when it comes to renewable energy!