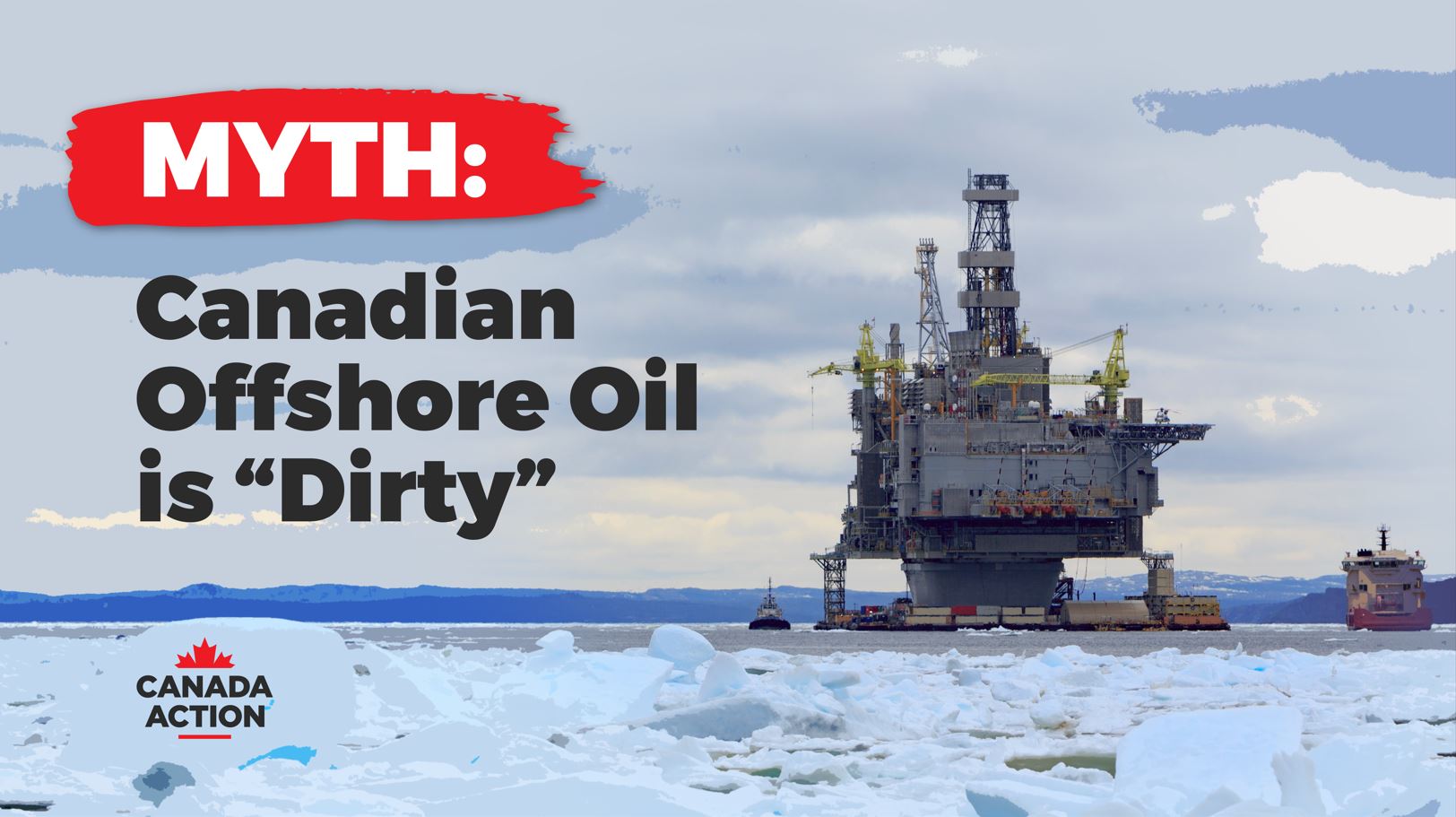 Is Newfoundland and Labrador offshore oil low-carbon? It's a good question that needs answering, given recent attempts by Canadian anti-oil and gas activists to label our offshore oil as "dirty."

Underpinned by an unrealistic argument suggesting the world needs no more fossil fuels and that all oil is bad, these opponents say Newfoundland and Labrador's offshore production is not "low-carbon" as claimed by government and industry.

The facts do not support their latest attempt to smear Canadian energy, nor does it take on a realistic approach to the importance of having ample global energy supplies given current shortages and future demand projections.

Once again, we debunk the latest round of misinformation spread by anti-Canadian oil and gas activists with facts. So, let's get to it! Also see: 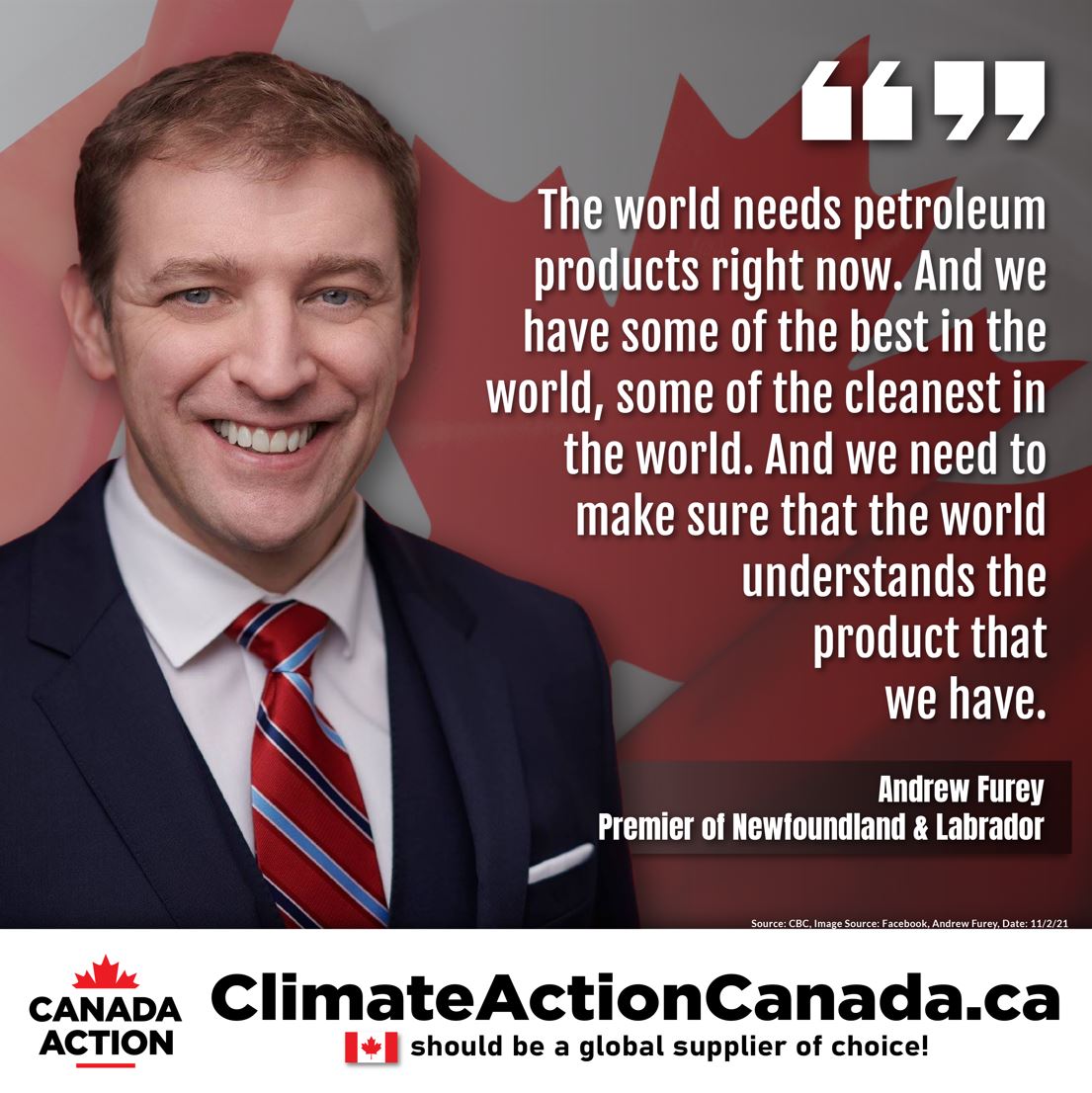 Suggesting that Newfoundland and Labrador offshore oil production is not "low-carbon" is perhaps one of the most perplexing claims made by anti-Canadian oil and gas activists in recent years.

We start with the very definition of "low-carbon," as the International Energy Agency (IEA) uses countless times when discussing the transition to a lower-carbon future.

Causing only a relatively small amount of carbon dioxide to be released into the atmosphere.

Hence, if a particular type of oil has lower carbon emissions per barrel than the global average, it is legitimately "low-carbon" versus the alternative.

> Upstream carbon emissions in Canada's offshore oil and gas sector are estimated to be 30 per cent lower than the global average.

> Bay Du Nord, for example, is expected to operate with an emissions intensity of less than half the global average – at 8 kilograms of CO2 per barrel compared to 16.1 kilograms internationally.

How then, exactly, can anti-Canadian oil and gas activists claim that offshore production isn't "low-carbon" when in fact it is, by definition? 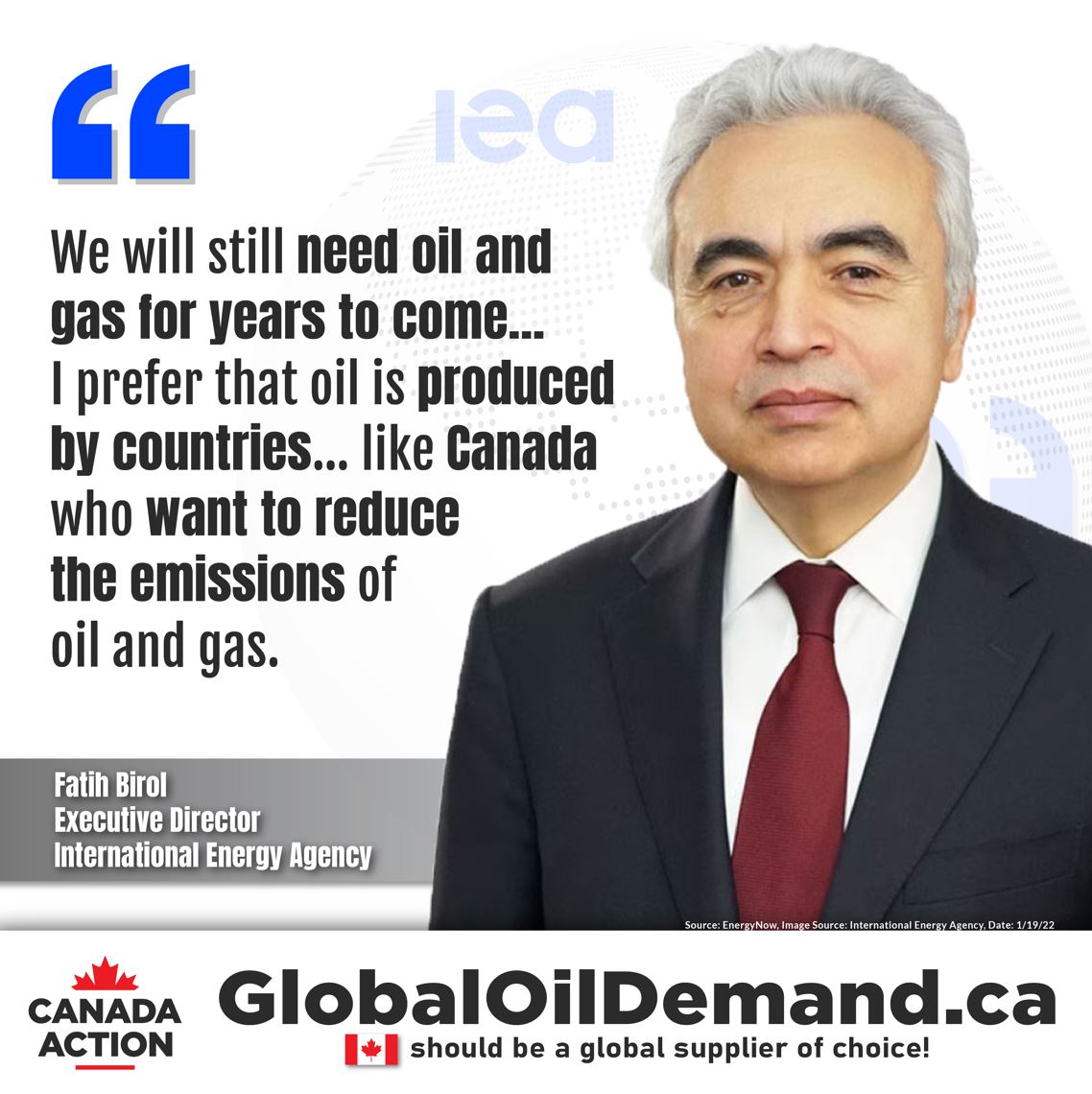 With projected global oil and gas demand growth for many years yet, it only makes sense that buyers prioritize the most sustainable and reliable sources of supply. The IEA's latest World Energy Outlook 2021 found that global oil demand is projected to grow to ~104 million barrels per day (bpd) by 2035, slowly tapering down to ~103.5 million bpd by 2040 (Stated Policies Scenario).

Fatih Birol, Executive Director of the IEA expressed the importance of low-carbon sources of supply during the virtual launch of the IEA's Canada 2022 report.

"Canada has been a cornerstone of global energy markets, a reliable partner, for years," Birol said.

"We will still need oil and gas for years to come… I prefer that oil is produced by countries… like Canada who want to reduce the emissions of oil and gas."

The world will need oil for a very, very long time. Therefore, offshore production should be a go-to source of supply given it is a lower-carbon alternative to many light oil blends from elsewhere around the globe. 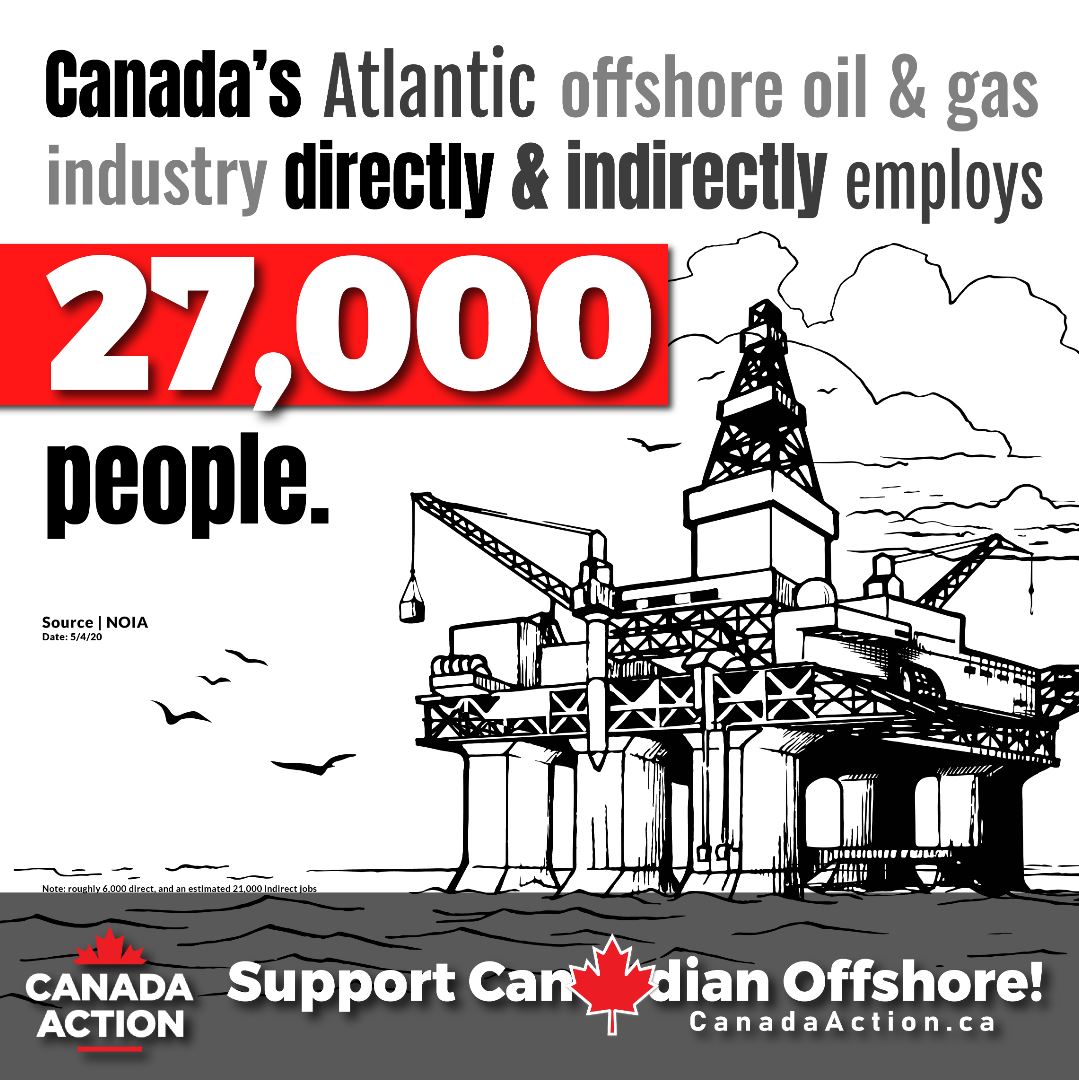 Anti-Canadian offshore activists claim that the world's food supply is in "danger" due to the combustion of fossil fuels, therefore new low-carbon oil fields like those off the coast of Newfoundland and Labrador are not needed.

But there needs to be more balance around such a complex topic, as we must account for how much global food production has been made possible by the very fossil fuels anti-Canadian energy activists want to leave in the ground.

For example, the Haber-Bosch process, which utilizes natural gas to produce nitrogen-based fertilizers, is said to have allowed several billion people to live on planet Earth. Nitrogen-based products account for nearly 60 per cent of all fertilizers globally.

The University of Oxford estimates that nitrogen fertilizer supports nearly half the world's population. In other words, Fritz Haber and Carl Bosch are estimated to have allowed ~4 billion people to live on our planet who would have otherwise died prematurely, or never been conceived at all.

Fertilizers are now increasingly in short supply due to skyrocketing energy prices which have sent many producers out of business. Exacerbated by events in Ukraine, many plants in the United Kingdom, for example, are shutting down for good.

And then there's the fact of how food products are transported to global markets. HINT: it's not by renewably charged electric-powered planes, ships and trains.

The 60,000 large ocean ships found across the world, for example, are almost exclusively powered by fossil fuels. The same goes for planes, trains and semis; the high energy concentration of fossil fuels required to operate such transport methods cannot be replaced by current technologies.

The IEA says that about half of the technologies required for us to reach net zero by 2050 don't exist. The pathway to carbon neutrality requires new transformational technologies in heavy industries such as manufacturing and transportation for us to realize our net zero goals.

The evidence above makes it clear that fossil fuels underpin global food supplies. We need a more balanced conversation around how fossil fuels, including Newfoundland and Labrador offshore oil, are a solution to current global natural resource shortages and not the other way around. 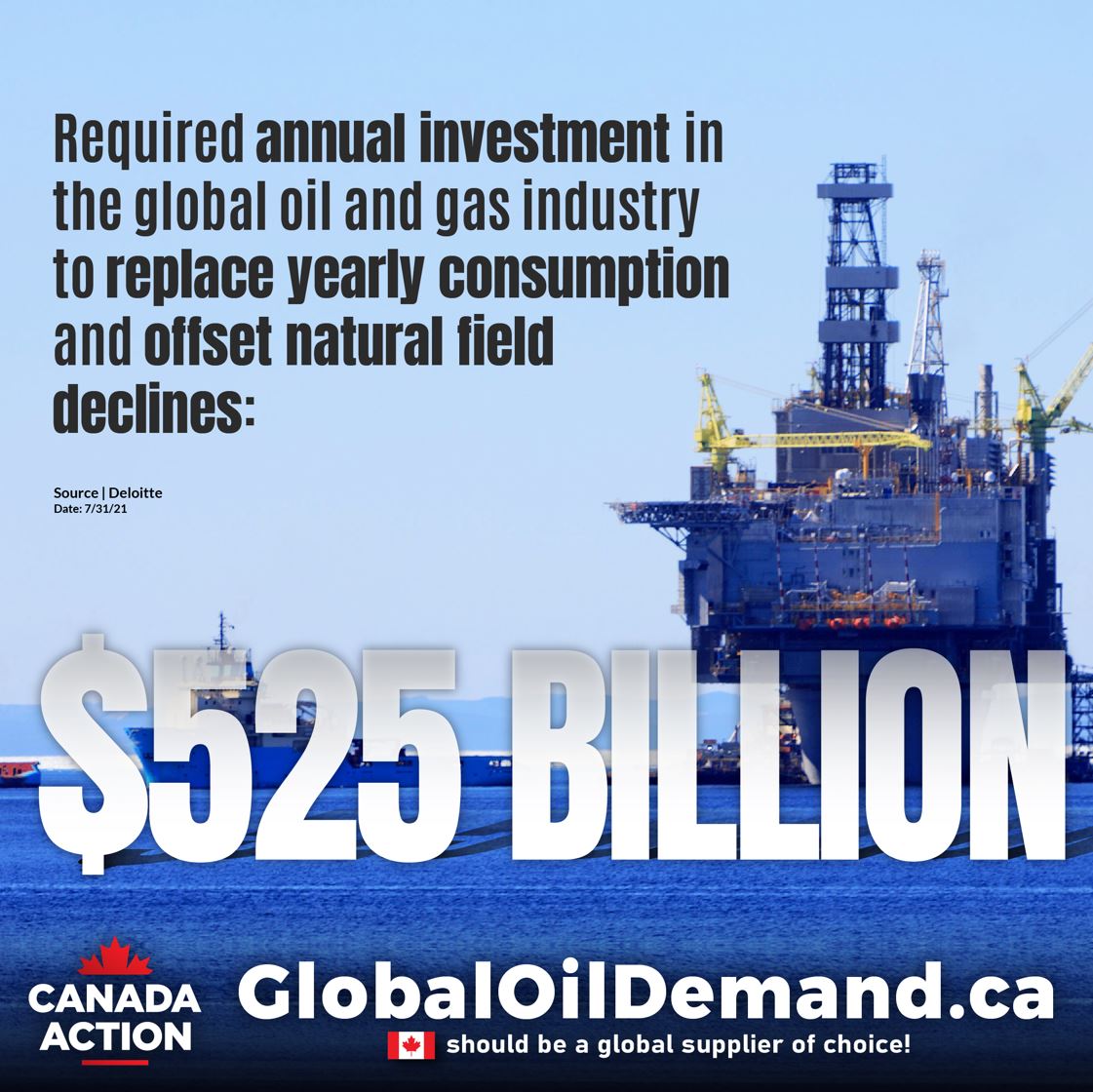 Anti-Canadian offshore activists claim that the world doesn't need any new fossil fuel projects like Bay du Nord if we are to reach net-zero by 2050, citing the IEA's 2021 Net Zero Pathway Report.

However, they fail to mention that this pathway is widely regarded as an extremely challenging and unlikely scenario to reach for several reasons:

#1 - The modern world can't exist without cement, steel, plastics and ammonia (fertilizer), all of which require fossil fuels as an input and are not readily replaceable by other materials – certainly not in the near future or on a global scale. Renewables also require non-renewable inputs made by petroleum products.

#2 – Global energy shortages over the past few years – partially a result of developed economies pushing towards renewables too fast without sufficient fossil fuel backup sources – are forcing policymakers to reexamine the timing of their energy transition goals.

#4 - For the past several decades, global energy systems have been underpinned by fossil fuels – as they are today – and $275 trillion of new investment is required to change that. Where that money will come from is being pondered collectively by developed nations prioritizing the energy transition.

#5 - Critical minerals' supply and demand gap presents several significant challenges on its own.

So, where will the minerals and metals come from to make those "transitional" technologies? It's a good question. 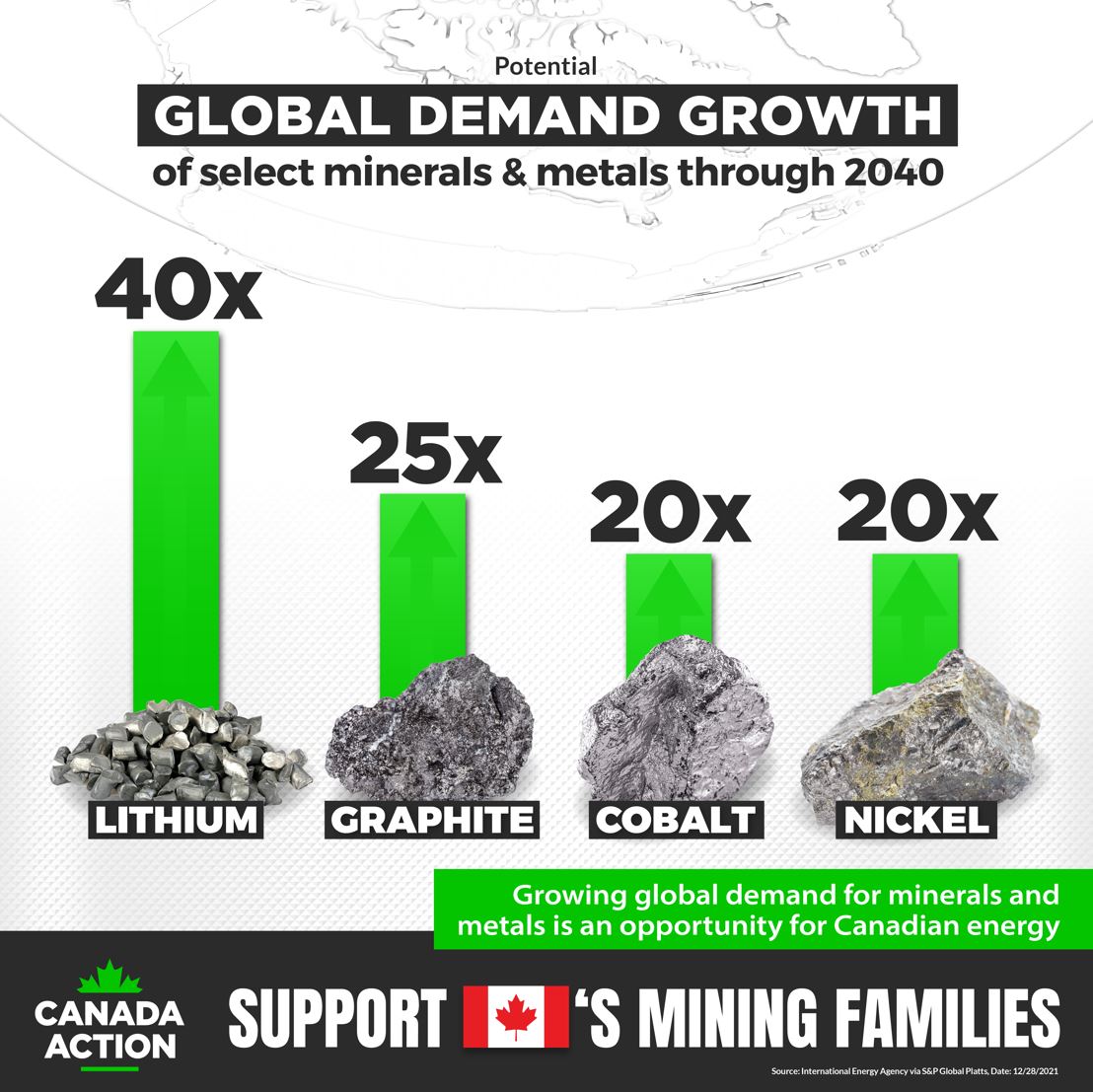 The reality is that to achieve net zero, we must undergo a complete transformation of how we produce, transport and consume energy. In other words, moving away from a fossil-fuel-based energy system to a material-based one requires an estimated 3 billion tons of metal supply. Imagine how much Earth we have to move to find all those materials.

The IEA's report The Role of Critical Minerals in Clean Energy Transitions highlights significant supply demand gaps for copper, lithium, cobalt and other essential "transitional" materials. A few challenges highlighted by the IEA include the fact that it takes 16.5 years on average to move mining projects from discovery to first production and existing critical mineral supplies are rapidly declining in quality.

Until we close significant gaps between supply and demand for several critical minerals essential to the energy transition, we must continue to invest in new fossil fuel projects to keep up with rising global demand and avoid the sometimes life-changing repercussions associated with energy supply shortages.

The push towards net zero is an admirable goal and should be pursued by all means. However, we cannot lose sight of the fact that transitioning away from fossil fuels isn't going to happen overnight. It will take many decades at least, so we need new oil and gas developments to supplement rising demand - preferably from the most responsible producers on the planet.

Canadian offshore oil projects such as Bay Du Nord and West White Rose are in fact low-carbon by definition. And in a world with growing demand for oil and gas, it only makes sense that supply comes from the most responsible energy producers around.

The reality is that energy and the environment are not mutually exclusive. We can support responsibly produced fossil fuels and the build-out of renewables at the same time and need a discussion that includes all of the above to meet rising global energy demand for years to come.

Join us today on YouTube, Facebook and Instagram to learn why the world needs more Canadian natural resources on global markets and how this benefits both our families AND the global environment! We hope to see you there! 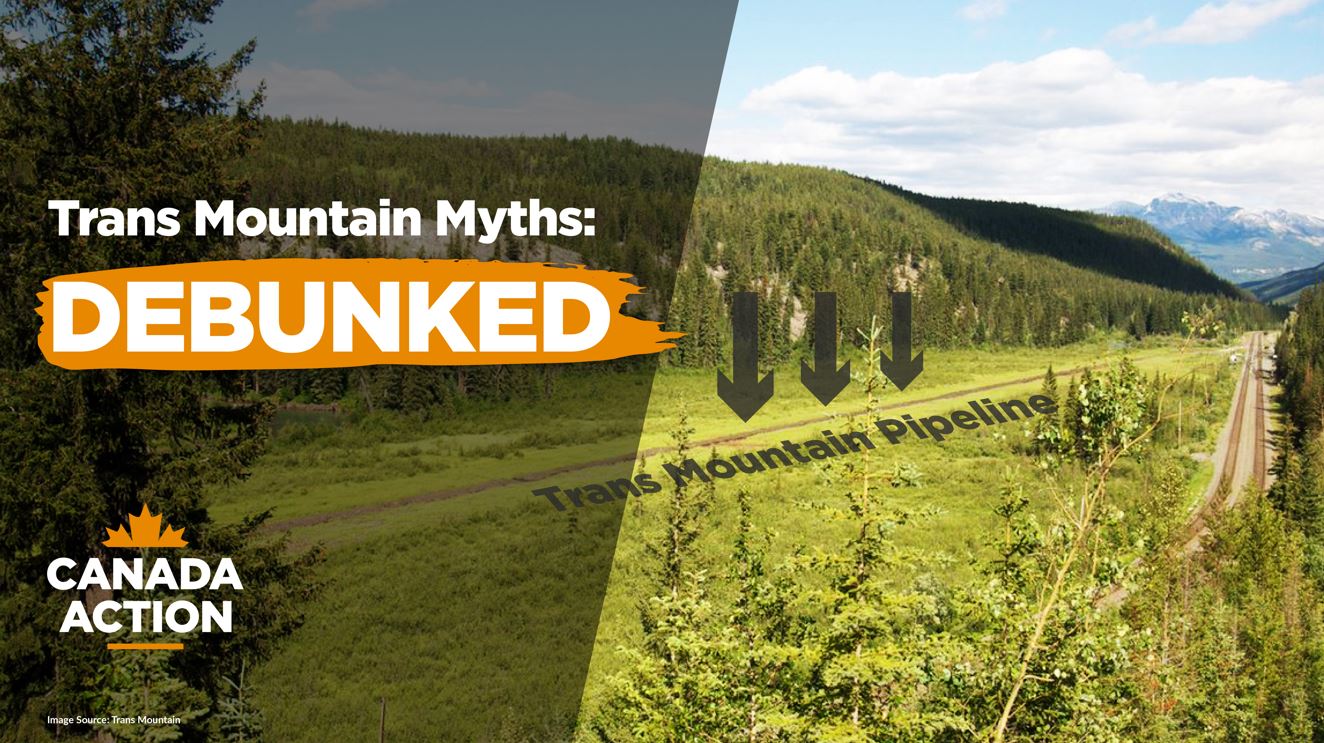 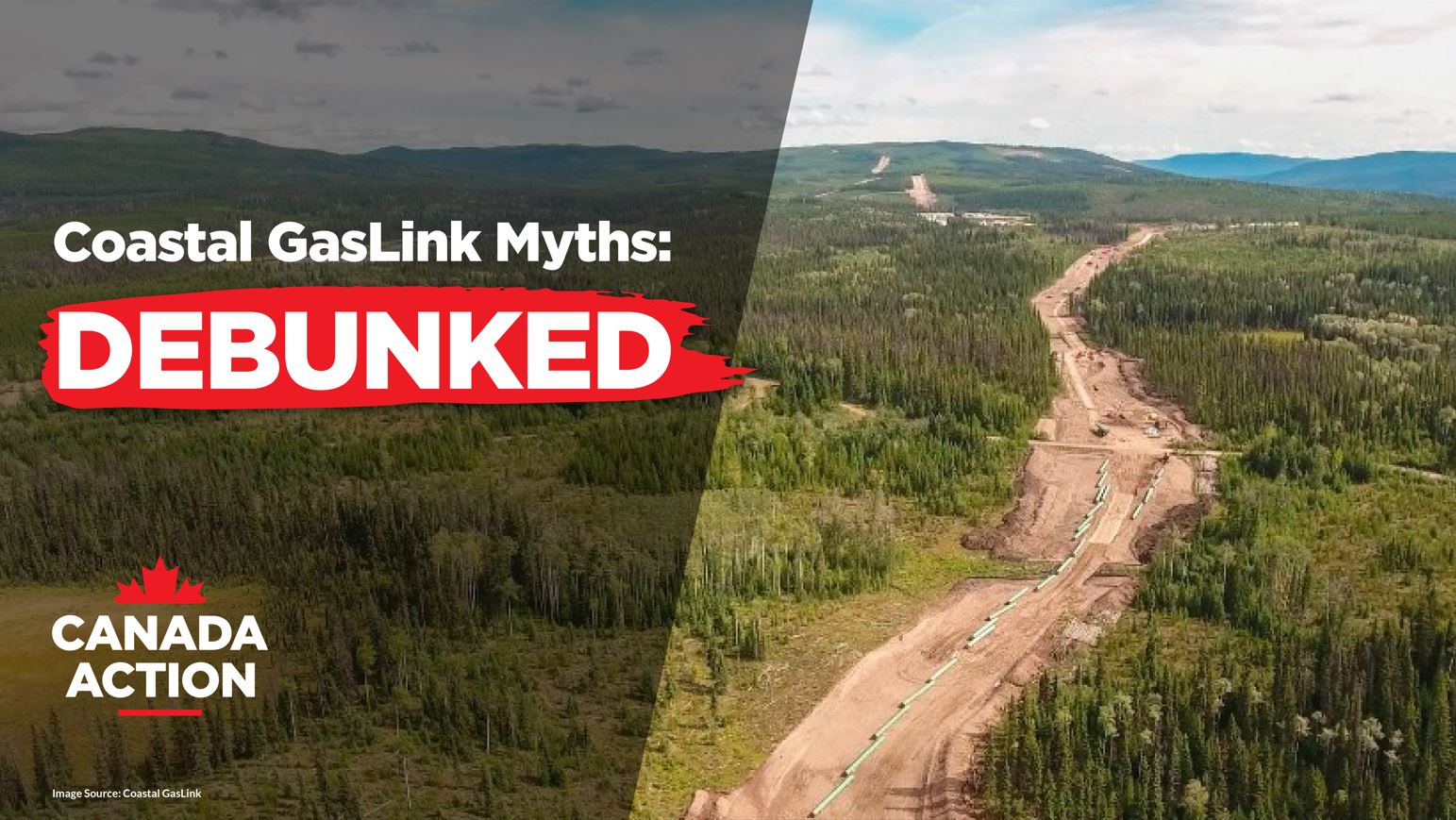 Coastal GasLink (CGL) is a pipeline under construction in British Columbia intended to transport natural gas to LNG Canada for export abroad. Like all other Canadian oil and gas infrastructure, CGL has met stiff opposition from activists who often speak mistruths about the pr...