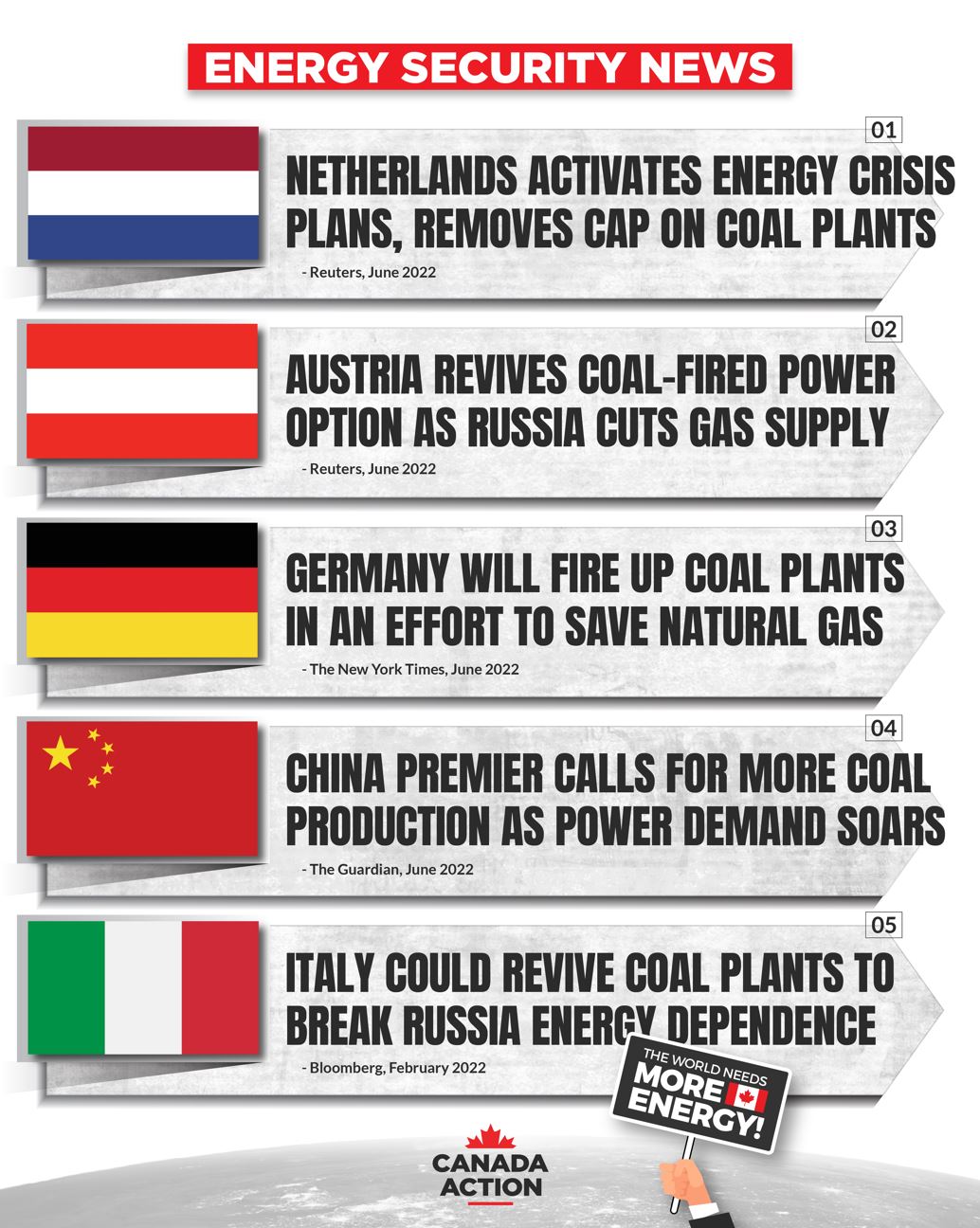 As Russia reduces natural gas flows to Europe, many countries are scrambling to ensure their energy needs are met this coming winter.

As European Union (EU) member states, a return to coal is surely not the direction in which these governments want to move. After all, the EU is well known for its progress on renewable energy and climate action.

Now that Europe's energy amnesia – a term coined by global energy expert Daniel Yergin – is seemingly gone, EU countries that have long relied on Russian energy are looking for alternative sources of supply.

They need look no further than to the west – to Canada, one of the world's most responsible oil and natural gas suppliers. 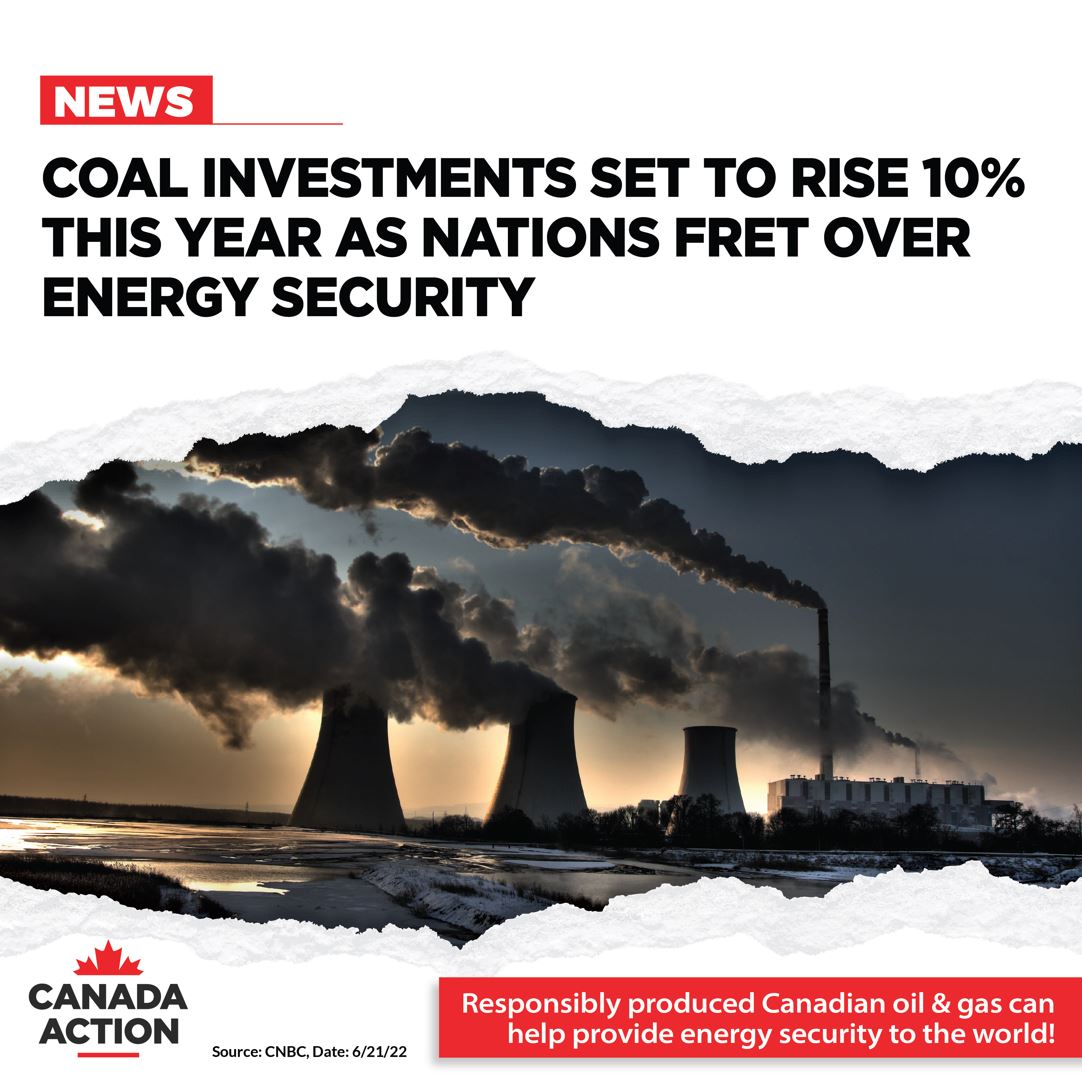 Side discussions between German Chancellor Olaf Scholz and Prime Minister Justin Trudeau at the recent G7 summit about new East Coast LNG export facilities seem to be indicative that that is already happening.

According to the Financial Post, Trudeau has said Canada is looking to expand liquefied natural gas (LNG) infrastructure to help Europe transition from Russian oil and gas.

"There are many conversations going on with Chancellor Scholz and I look forward to continuing them when he comes to Canada in August," Trudeau said.

Additionally, Scholz welcomes the notion of sourcing LNG from Canada.

"The two countries will cooperate even better than they already do," Scholz said, standing next to Trudeau before their talks at the G7.

Scholz plans to visit Canada in late August, and German officials are hopeful the two countries will announce an LNG deal by then. 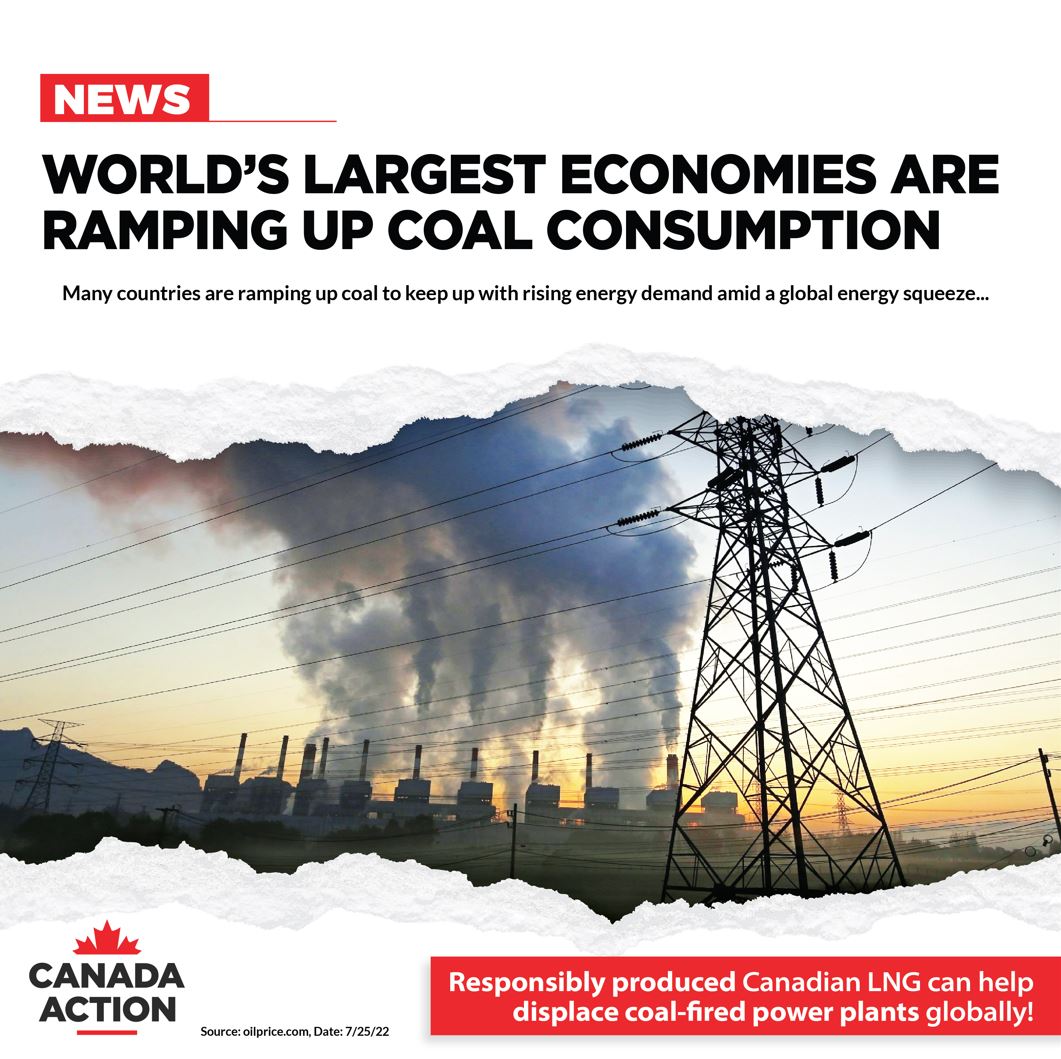 Canada is at a crossroads: either become a preferred LNG supplier of choice, or allow other producers who may not be as stable, transparent or environmentally responsible to fill the void.

Global LNG demand is projected to grow nearly 90 per cent by 2040, from 380 million tonnes per annum (mtpa) up to more than 700 million mtpa.

Canada's low GHG-intensive LNG facilities are a shining example in a world with growing natural gas demand that is increasingly focussed on environmental outcomes.

LNG Canada, for example, is projected to operate with 35 per cent fewer emissions than the world's best-performing facilities and 60 per cent below the global weighted average.

The now-defunct Bear Head LNG was expected to emit 30 per cent fewer carbon emissions when compared to other competing technologies for the same volume of natural gas supply.

Energie Saguenay, another cancelled projected on the East Coast, would have emitted 84 per cent less GHGs than similar-sized producers in Asia and the U.S. The Quebec-based facility would have provided transitional energy that could have replaced more polluting forms of power generation elsewhere, stopping the release of 28 million tonnes of GHGs per year according to a lifecycle analysis performed by CIRAIG experts. 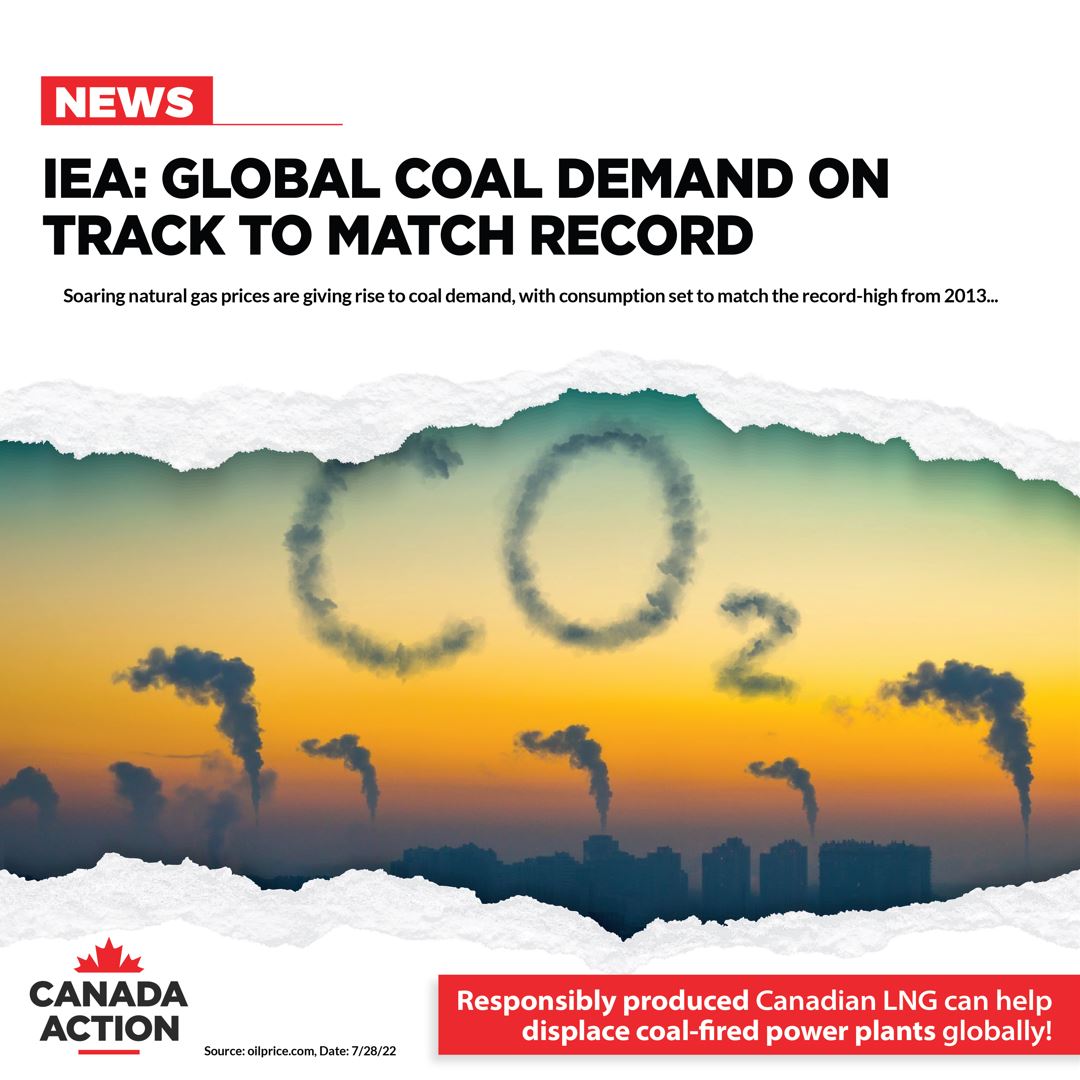 How are Canadian LNG projects so much "cleaner" than others abroad? Because of our world-class leadership in renewables – specifically hydropower.

Projects like LNG Canada will draw from provincial power grids which are - in the case of Quebec and British Columbia - anywhere from 95 to nearly 100 per cent renewable.

Let's not forget about the economic benefits of becoming a top LNG supplier. A study by the Conference Board of Canada found that British Columbia would see hundreds of billions of dollars in new economic activity and tens of thousands of new jobs over the next 40 years.

And that's just the west coast. Imagine if we had new facilities in the east as well?!

Scholz's expected discussion with Trudeau in August about new LNG terminals on Canada's east coast may indicate that the tides are finally changing for Canada's natural gas sector. We've been stuck selling our natural gas to the U.S. only for decades, and with the rise of the U.S. LNG sector, Canadian exports to our southern neighbour are dwindling.

In other words, Canada needs new markets for its natural gas - and quick. 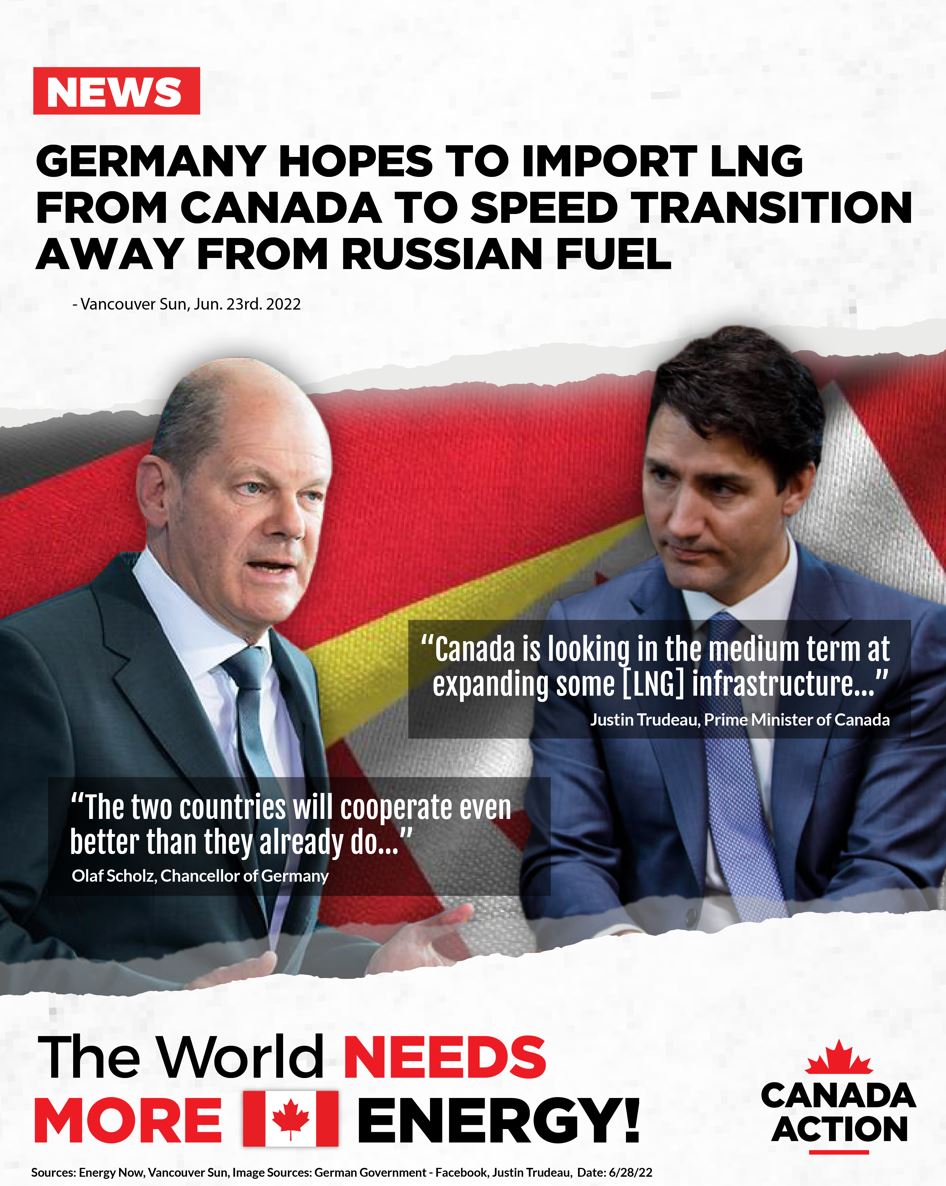 However, getting LNG infrastructure built in Canada in the short to medium term is no small task. It will take rigorous dedication and commitment by both industry and government to see new facilities open, as well as a willingness to cut red tape that has bogged down Canadian energy projects for years.

It will also take huge sums of investment into a country that has seen capital flee in droves due to a regulatory system that sometimes requires billions of dollars to be spent before arriving at a final investment decision. What companies want to risk that?

Wouldn't it be extraordinary if Canada opened up new markets for its natural gas exports other than the U.S.?

Given the economic, environmental and security benefits of developing a healthy Canadian LNG industry, there is only one logical answer to that question. That's a big YES.

As Russia strangles natural gas flow to Europe, #Canada has ‘responsibility’ to step up on exporting our low-emission LNG: @cafreeland #CdnLNG #CdnEnergy https://t.co/vBnTCFDBmS

The 27th annual United Nations Climate Conference – a.k.a COP27 – was held in Egypt this year. Among the more than 30,000 delegates, over 100 heads of state were in attendance. And while all the attendees were enjoying the warm weather in the Middle East, here it was cold. Ve...

The U.S. granted permission this past Saturday for one of its homegrown oil majors to start producing Venezuelan crude after the Maduro regime ‘agreed’ to hold talks with its political opposition. Just how much trust we can put into Venezuela’s current ruling autocracy to uph...