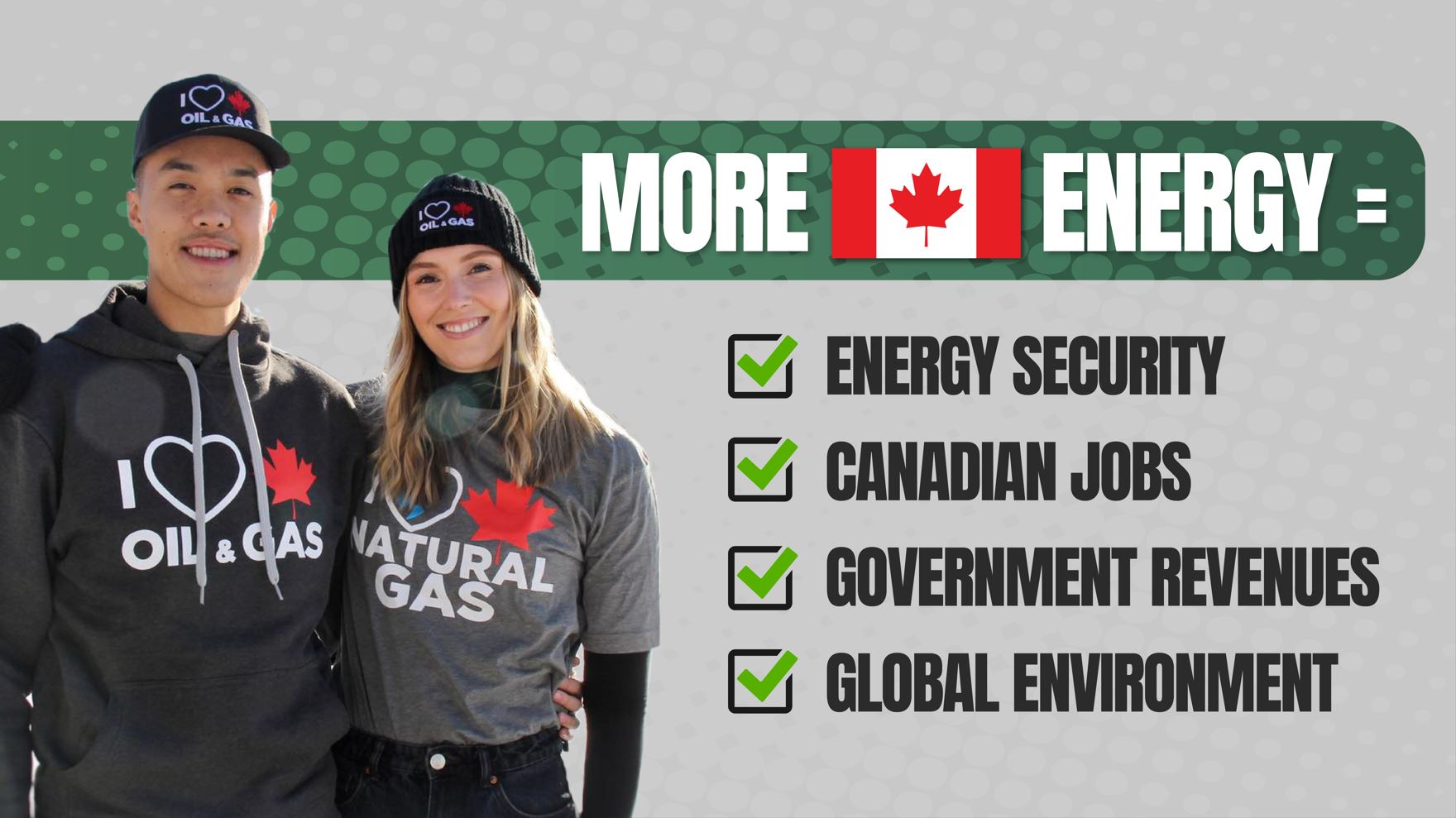 If there ever was a time when the world needed more Canadian energy, now is it!

Over the past few years, global events have highlighted the need for more responsibly produced Canadian energy on global markets. Supply shortage and security concerns have pushed lawmakers in governments worldwide to rethink their energy policies altogether, while many developing nations have scrambled to buy any supplies available including record amounts of coal.

Canada, with our vast abundance of natural resources, is well-positioned to alleviate some of the energy supply and security concerns of countries globally.

Here are five HUGE reasons why Canadian families can play a major role in providing more energy to the world including oil, natural gas, renewables, nuclear and other emerging technologies as well! Also see: 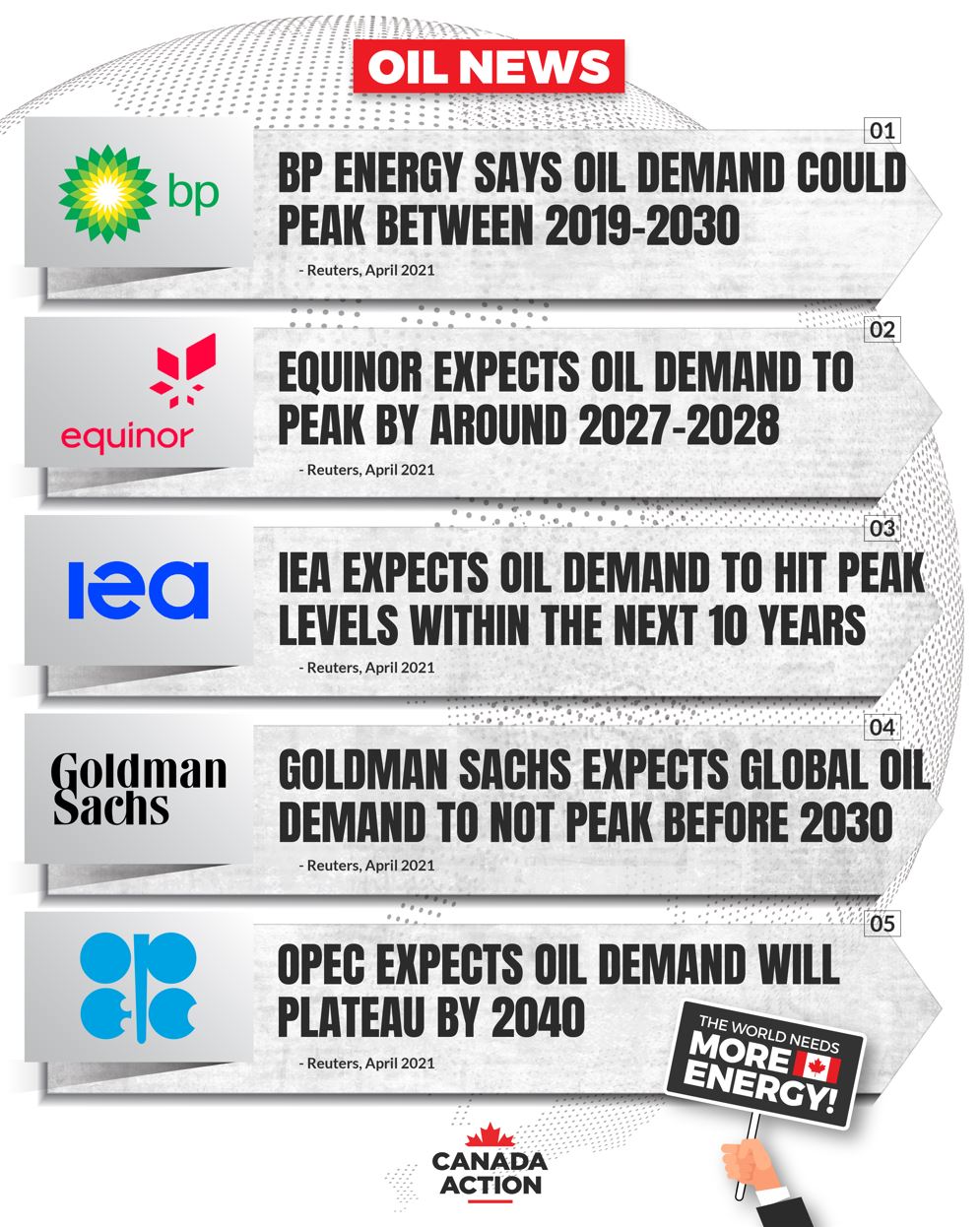 The International Energy Agency’s (IEA) latest World Energy Outlook found that global oil demand is projected to remain at around 104 million barrels per day (bpd) by 2035, then slowly taper off to around 103.5 million bpd by 2040 in its Stated Policies Scenario (STEPS).

If you’re unfamiliar with current global consumption, global oil demand saw record highs of around 100 million bpd in 2019 – levels which have been surpassed by early 2022.

Additionally, Shell’s latest LNG outlook sees global demand skyrocketing nearly 90 per cent from around 380 million tonnes per annum (mtpa) in 2021 up to 700 mtpa by 2040.

As long as the world needs oil and gas – and it will for decades to come – that energy should come from responsible suppliers like Canada with world-class protections for human rights and the environment.

If Canadians don't fight to account for more global energy market share, we run the risk of state-owned enterprises developing a stranglehold on supplies. This could result in long periods of high inflation and stagflation as seen in the U.S. during the OPEC oil embargo of the 1970s and have serious real-world consequences for families around the globe.

#2 – Speed of the Energy Transition

“We don’t need any more oil and gas as evident by the IEA’s Pathway to Net Zero,” say anti-Canadian energy activists, who believe a zero-emission world will happen anytime soon.

But a recent analysis by the Financial Times on the IEA’s goalposts for the transition to net zero by 2050 found the build-out of new wind and solar capacity to be drastically short of what is needed to hit the pathway's emission targets (above).

Therefore, we need to have a realistic discussion about the global energy mix and where we want to source future supply from.

The truth is that the global energy crisis has been partially created by government policies that ignore current realities. Call it ‘energy amnesia’ if you will, a term coined by David Yergin, a global leading authority on energy matters.

Do we need to make an effort to move towards renewables and other forms of non-emission power generation for future supply? Yes, of course!

But Canadian governments and others globally would do well to re-examine policies that have favoured keeping oil and gas in the ground and instead opt for a more balanced approach to energy supply and demand.

Global energy demand is projected to skyrocket 50 per cent by 2050. If the world is going to meet its energy needs, we require an all-inclusive strategy, one that does not discount one form of energy over the other.

Canadians can support responsibly produced oil and gas along with more nuclear, renewables and other energies at the same time. We don’t have to choose – we can support all of the above for the benefit of global families and the environment. 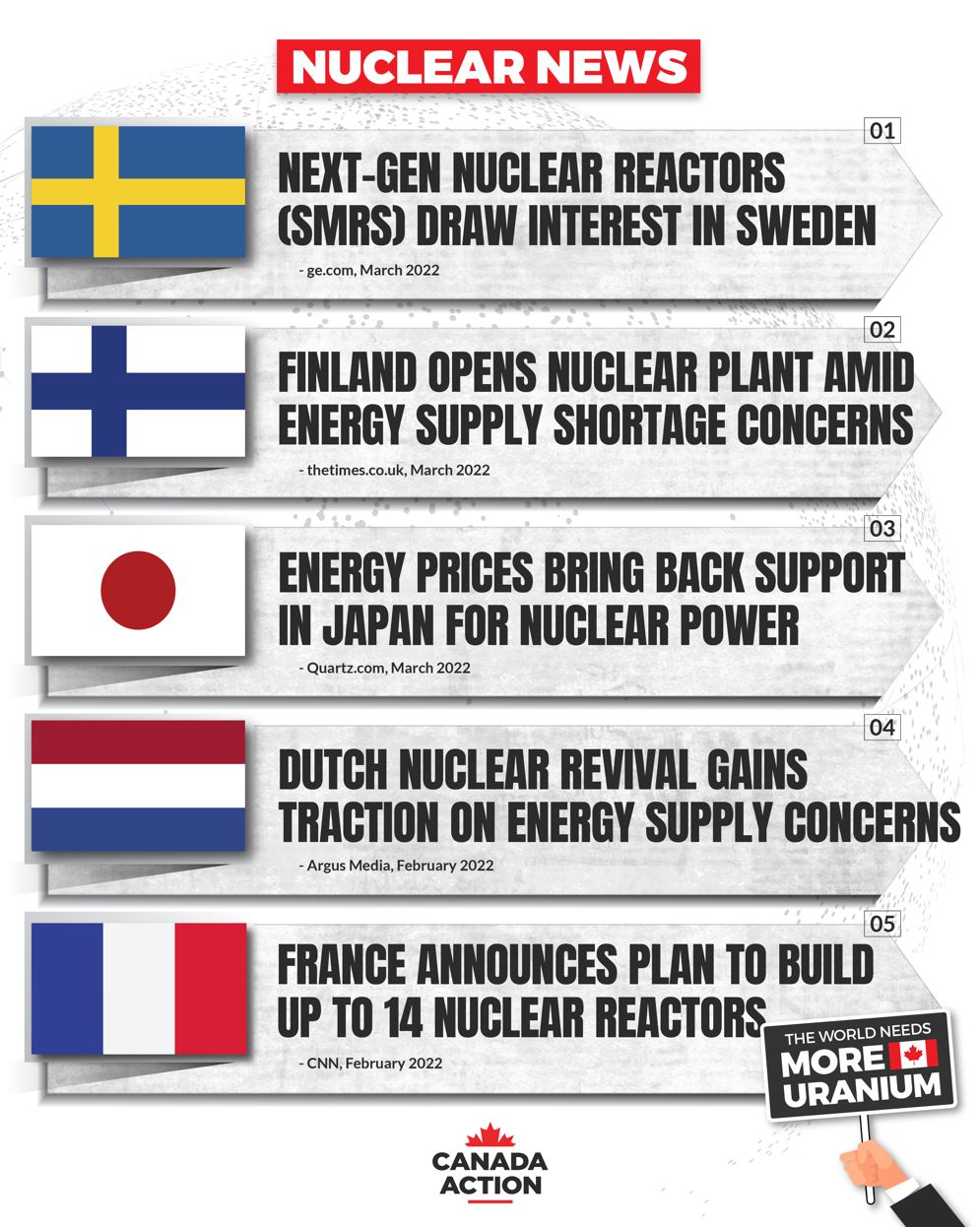 In light of energy supply shortages, several countries that were previously shutting down nuclear plants are now rethinking such policies altogether.

For example, France has recently announced plans to build up to 14 new nuclear power stations by 2050, a country that already gets 70 per cent of its electricity supply from nuclear generation.

The Dutch are also looking to further develop their own nuclear capacity to enhance energy supply security and address concerns over availability/affordability given recent events in Eastern Europe.

Belgium is to extend the lifespan of its remaining nuclear plants in a policy shift prompted by the conflict in Ukraine. It currently has seven reactors, the two newest of which are account for almost half of the country’s electricity generation.

Ever since December of 2021, when Ontario Power Generation announced plans to build the first SMR and bring it online by the end of the decade, it has perked the interest of nations around the world.

The adoption of SMR technology by Sweden is a prime example of Canada’s world-class energy leadership. Canada’s Saskatchewan province is also home to some of the highest-grade uranium in the world - a necessary component in any nuclear reactor.

Heightened interest in nuclear is a huge opportunity for Canadians to provide our allies with the tech and materials required to supplement their energy needs. 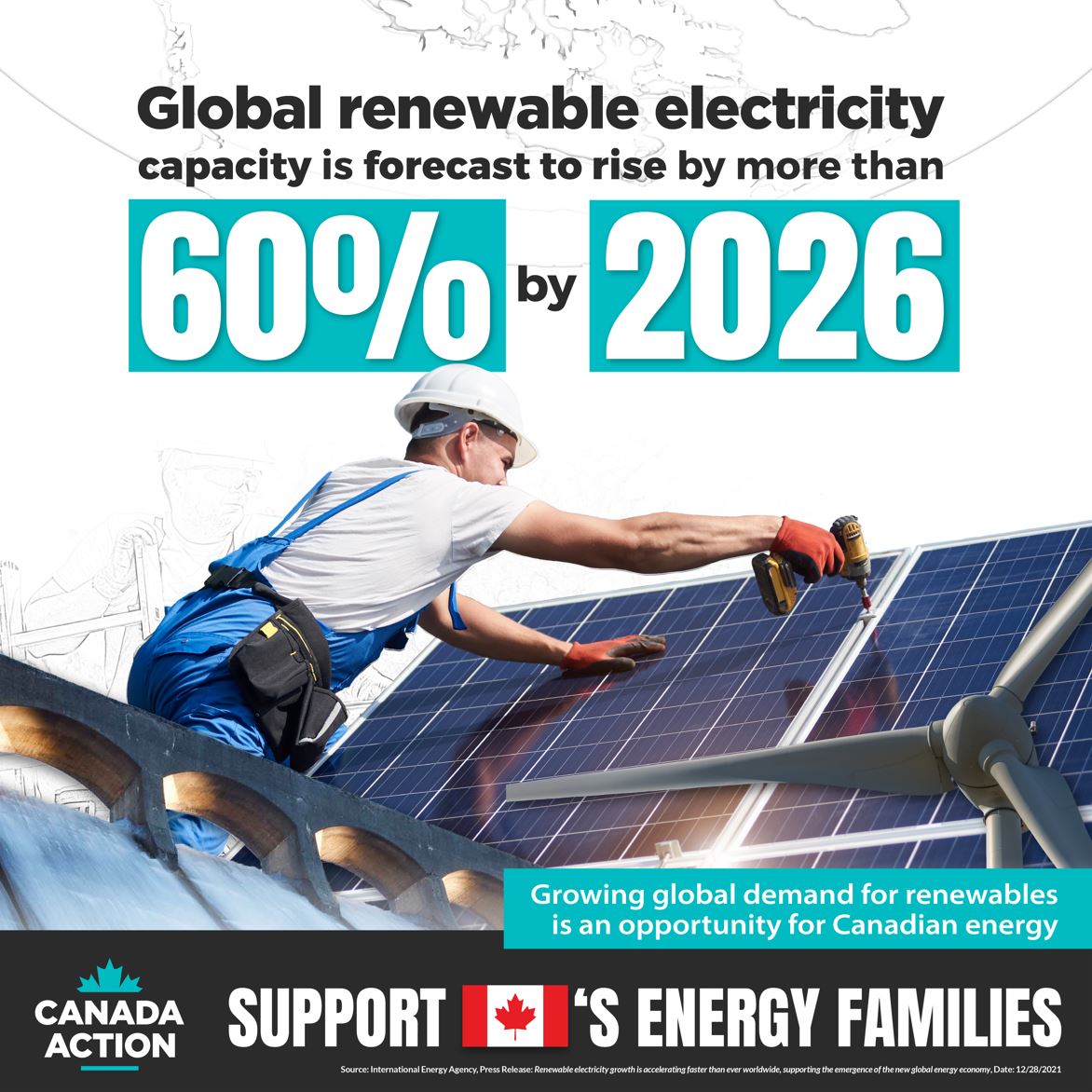 Canadian provinces like Manitoba, Ontario and Quebec generate immense amounts of non-emission power for consumption at home and abroad. And our country’s growing renewable capacity (and soon, more non-emission nuclear via SMRs) means we can do more!

Located north of the world’s second-largest consumer of electricity, Canada is ideally positioned to boost its non-emission power exports to the U.S. Today, Canadian electricity exports already prevent millions of tonnes of CO2 emissions from entering the atmosphere every year by displacing more GHG-intensive forms of power generation south of the border.

California, Minnesota and New York are just a few of the states currently importing electricity from Canadian provinces such as Quebec, Ontario and British Columbia.

A great example of Canada’s potential to displace more GHG-intensive power plants in the U.S. is the Manitoba-Minnesota Transmission Project (MMTP). Completed in 2020 after a decade of planning and regulatory hurdles, the MMTP provides stateside consumers with roughly 500 kilovolts of renewably generated power every year.

Hydro Quebec’s Hertel-New York Interconnection Line is yet another project to export 400 kilovolts of power generated by existing hydropower dams in Canada. The transmission line is expected to replace ‘peaker’ plants in New York, some of the most GHG-intensive facilities of their kind in America’s largest city. 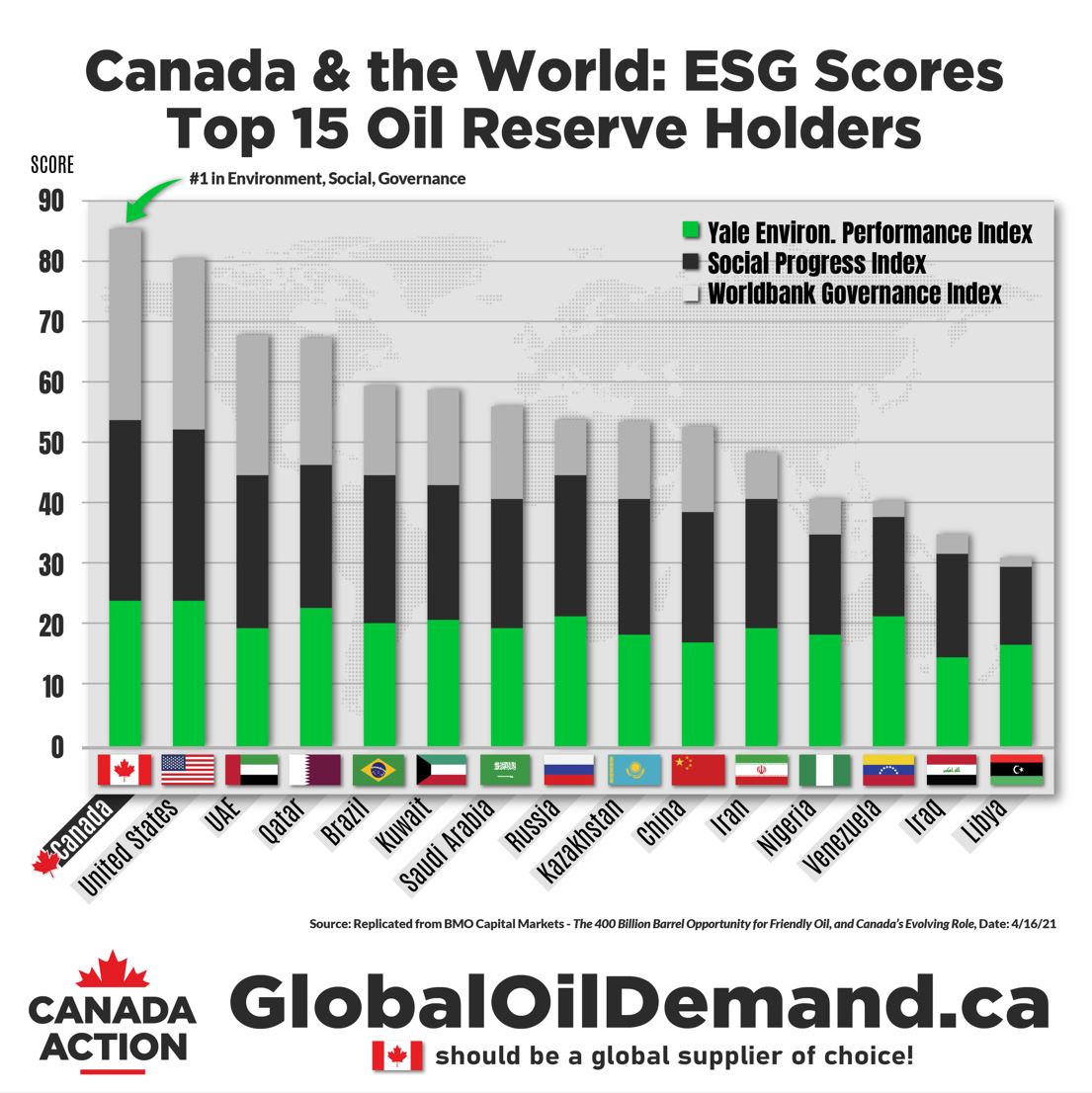 For example, of the world’s top oil and natural gas producers, we rank among the highest – if not THE highest – on the following ESG-related indexes:

We are also the world’s sixth-largest electricity producer and generate roughly 82 per cent of our domestic power supply from non-emission sources.

Canadians should be proud of our energy, mining, forestry, agriculture, renewables and aquaculture sectors because we produce our resources under one of the most stringent regulatory regimes in the world. We are one of the most environmentally conscious natural resource producers on earth and should be recognized for it.

Who would you choose to get your energy from – places like Canada that are a strong voice for democratic values globally, or from other less transparent producers with much weaker protections for human rights and the environment?!

We believe the choice is clear. More Canadian energy on the global markets is good for Canadian families and the global environment!

Learn more about the positive impact Canadian energy families can have on the world by joining us on Twitter, Instagram and Facebook today – we hope to see you there!

This would be awesome news for reducing global emissions and all the #Indigenous communities who support this project! #LNGCanada eyes major expansion of B.C. natural gas project with sanctioning of phase two.#CoastalGasLink #CanadianEnergy https://t.co/VQnerxoDNe 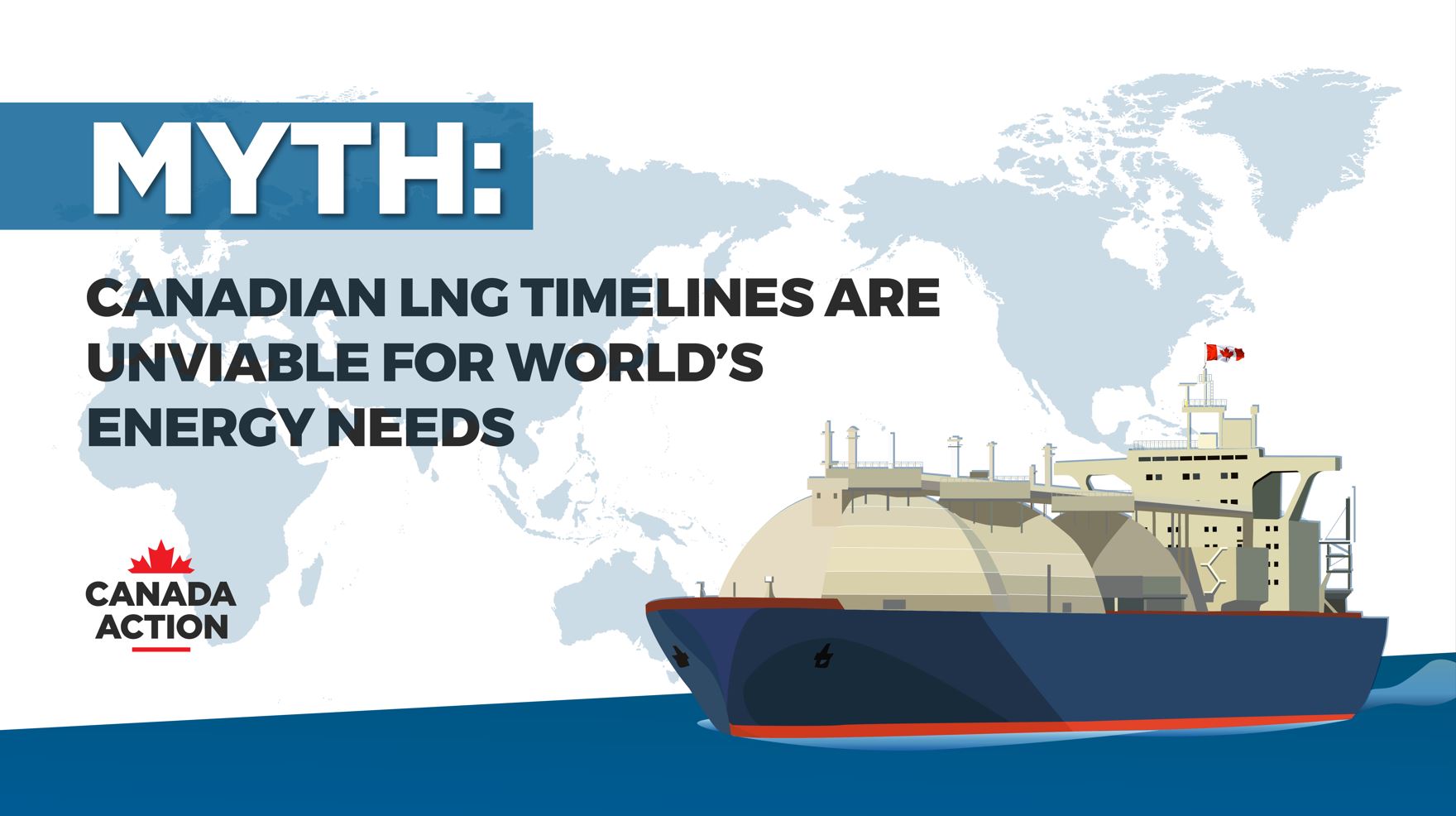 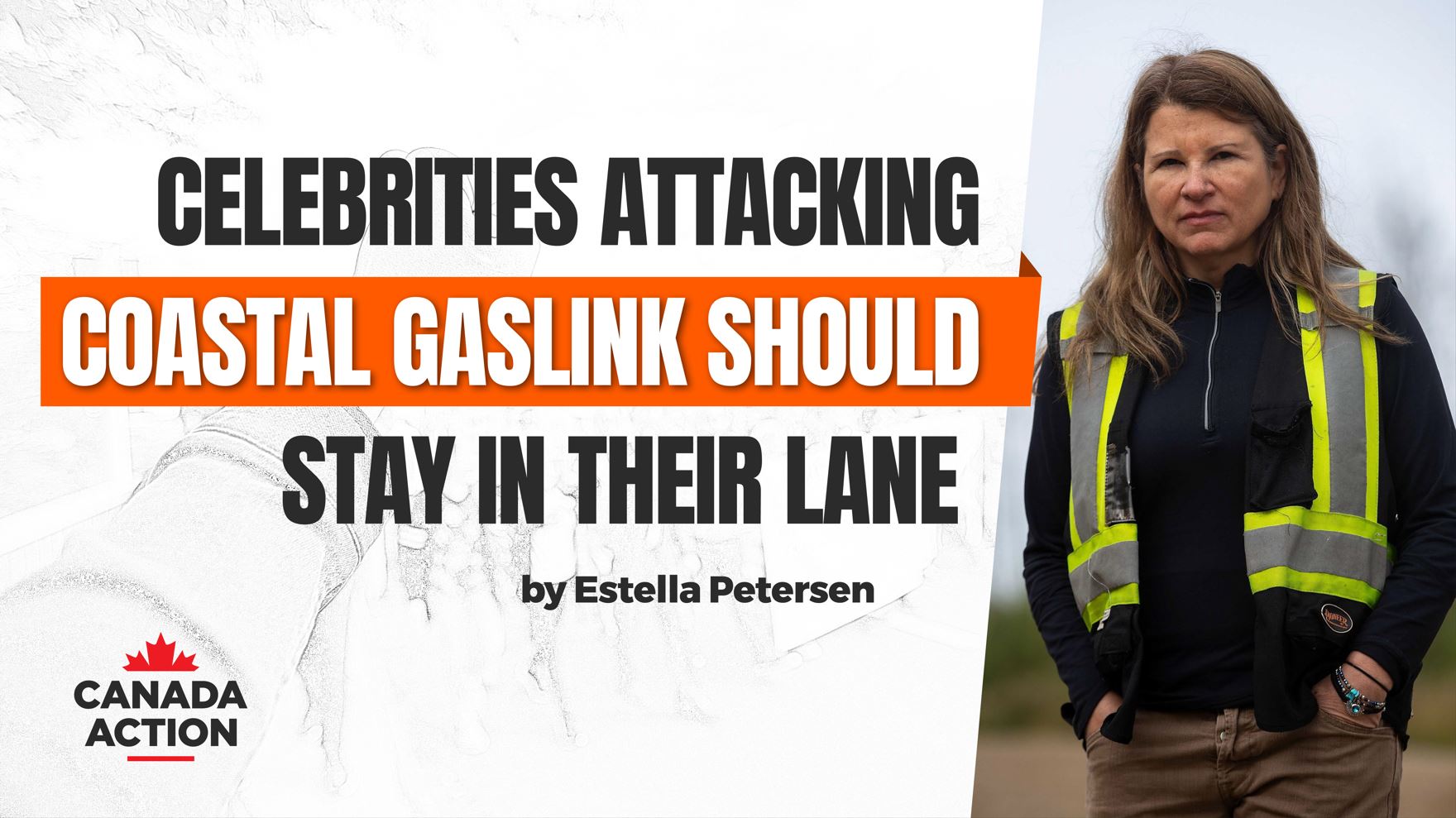 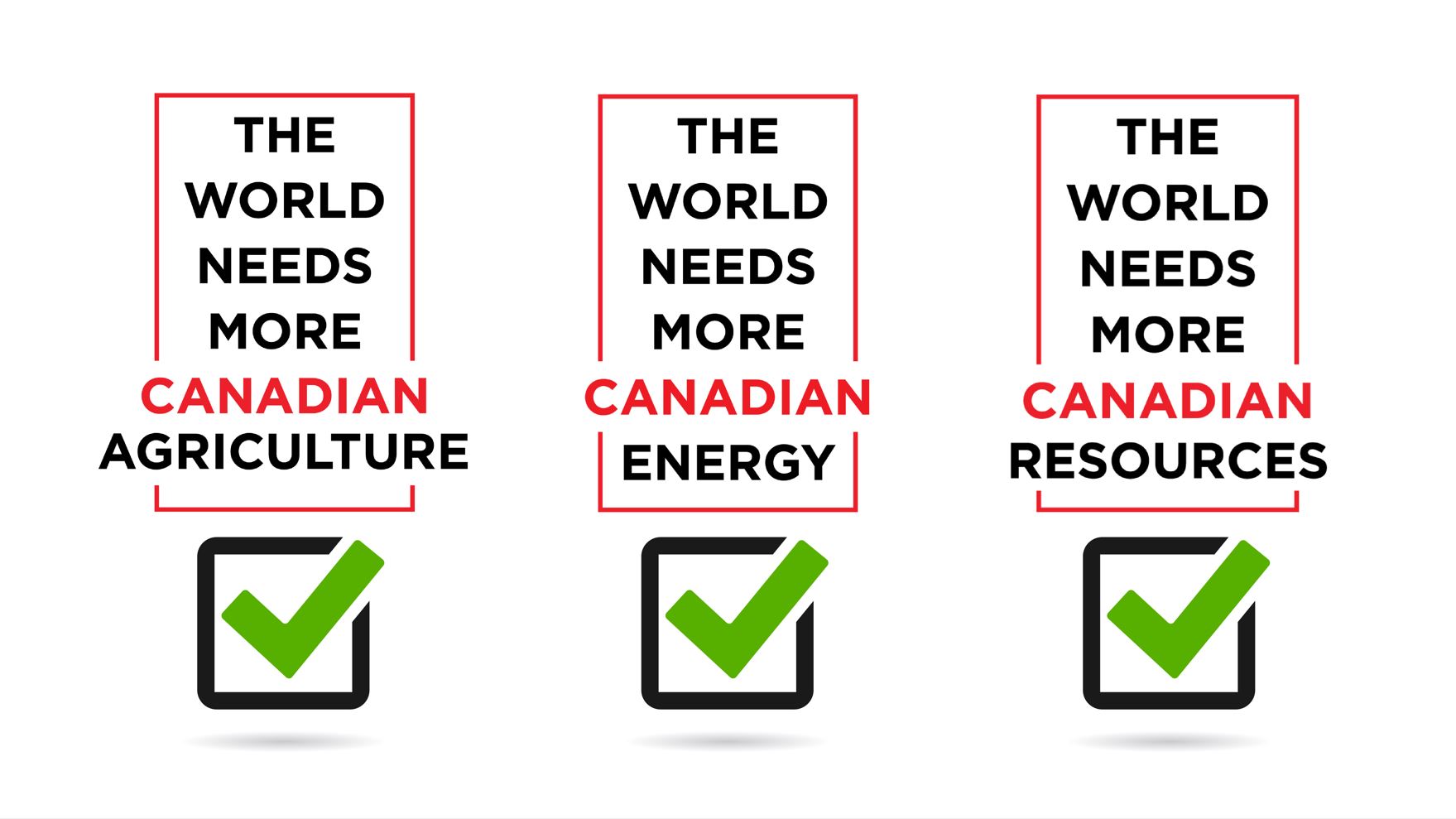