Did you know that Canada is home to the world's third largest recoverable oil reserves? Most of Canada's oil is found in the oil sands in the western province of Alberta.

Did you also know that the companies operating in oil sands are required to adhere to some of the strictest environmental regulations for oil and gas producers on the planet?

So, just exactly how are Canada's oil sands producers making an effort to protect the environment?

Below are several infographics on oil sands producers and the environment showing how these companies are part of one of the most environmentally responsible petroleum industries on the planet. 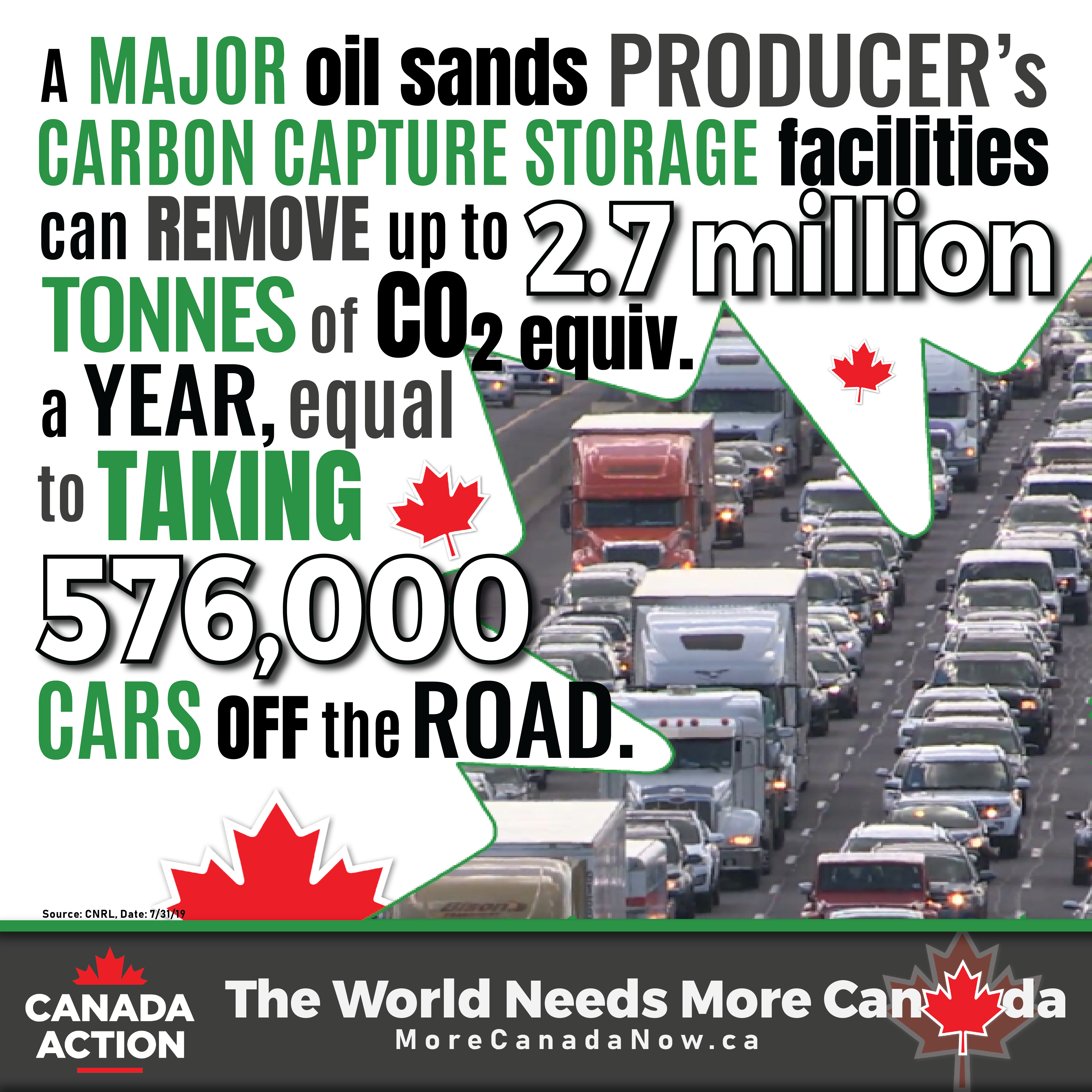 A major oil sands producer's carbon capture storage facilities can remove up to 2.7 million tonnes of CO2 equivalent a year, equal to taking approximately 576,000 cars off the road over the same time frame. 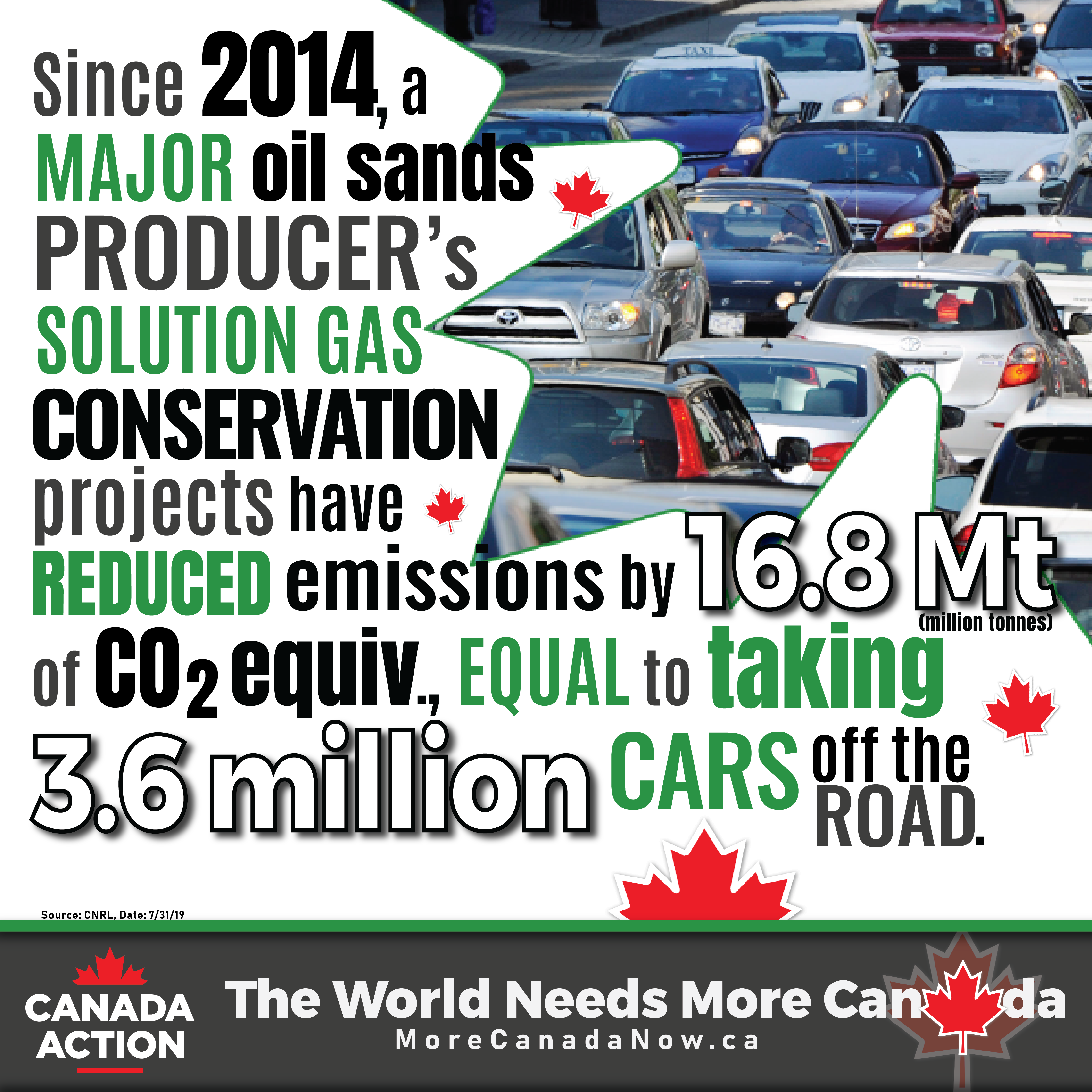 Since 2014, a major oil sands producer's solution gas conservation projects have reduced emissions by 16.8 million tonnes of CO2 equivalent, equal to taking around 3.6 million cars off the road for a years' time. 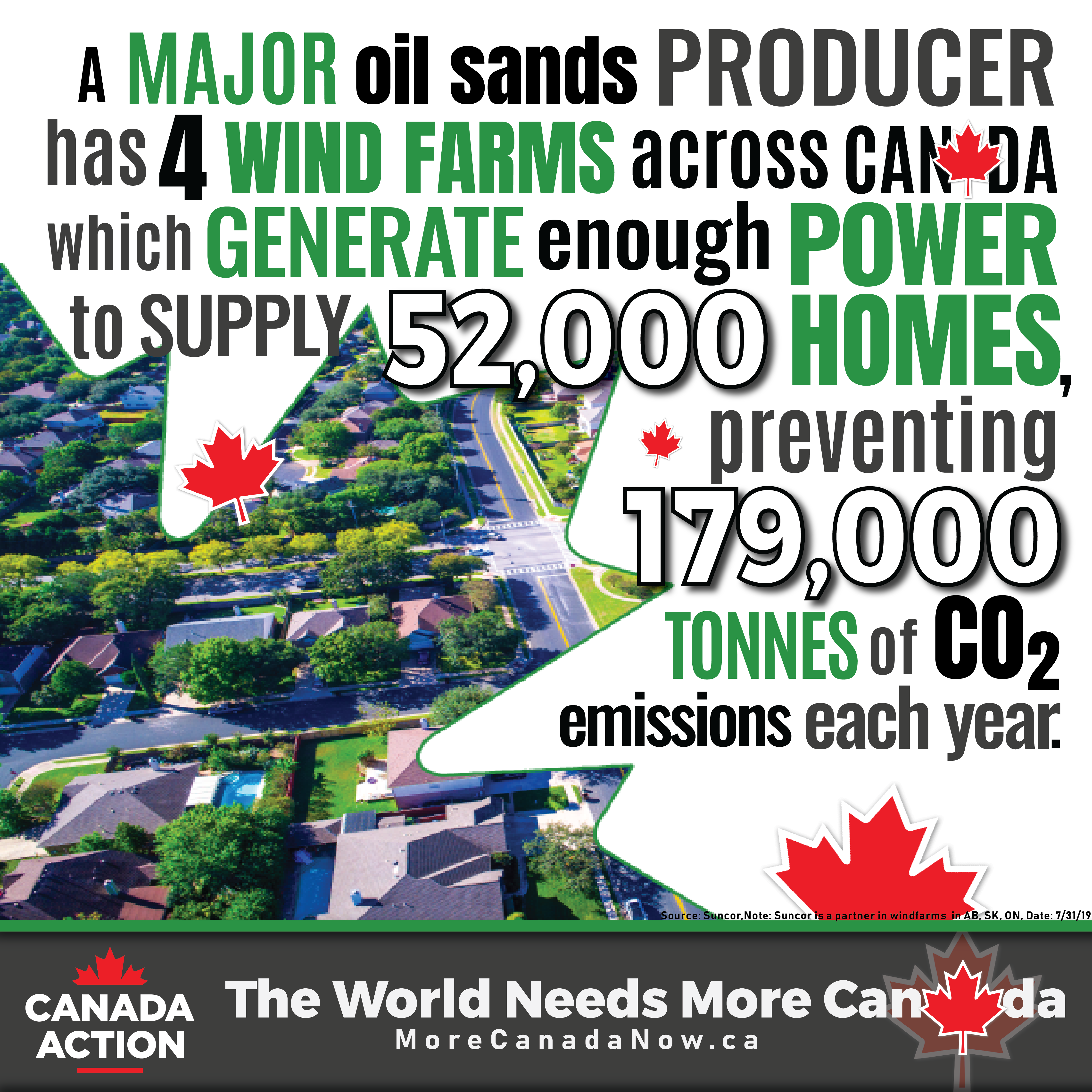 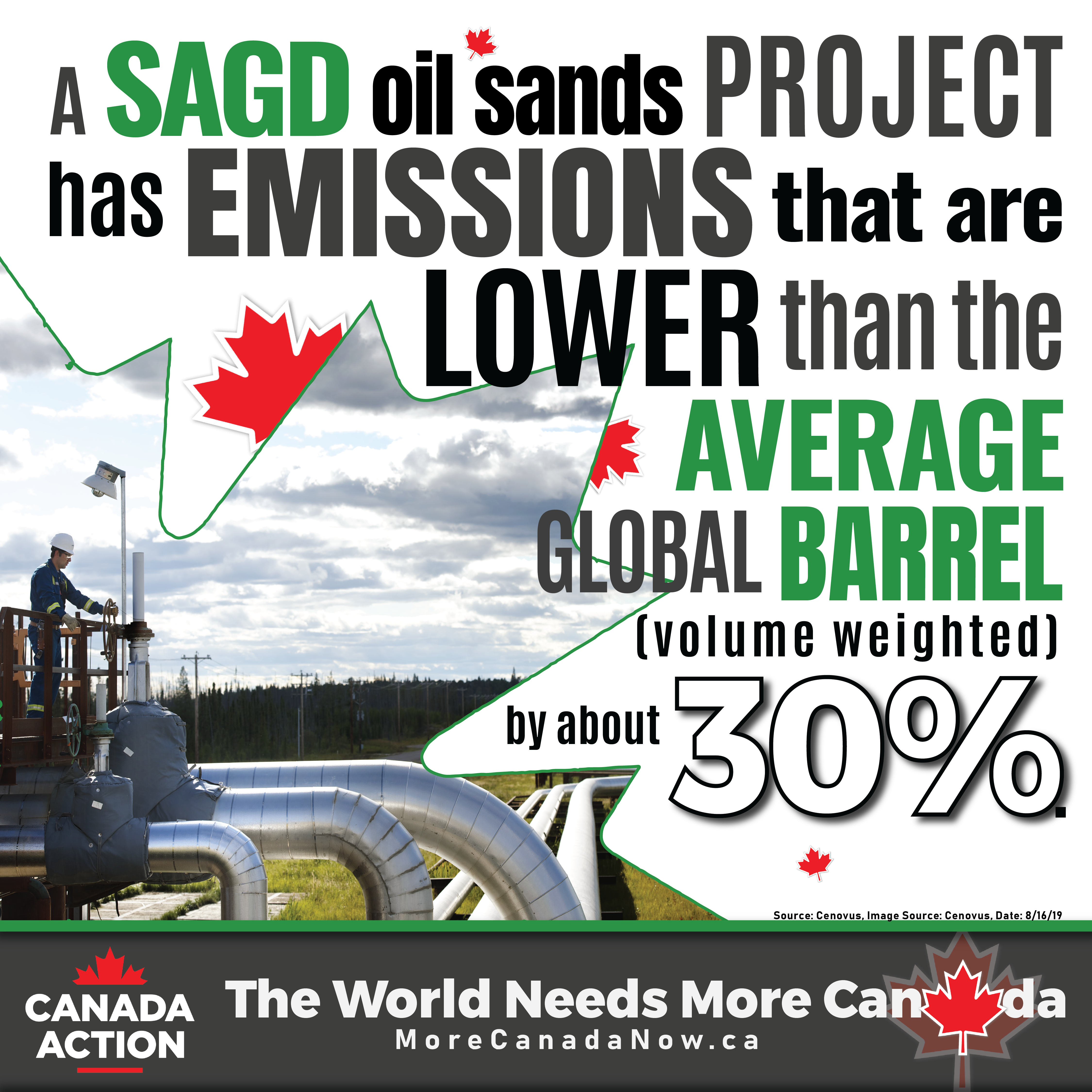 A steam-assisted gravity drainage (SAGD) oil sands project has emissions that are lower than the average global barrel (volume weighted) by about 30%. 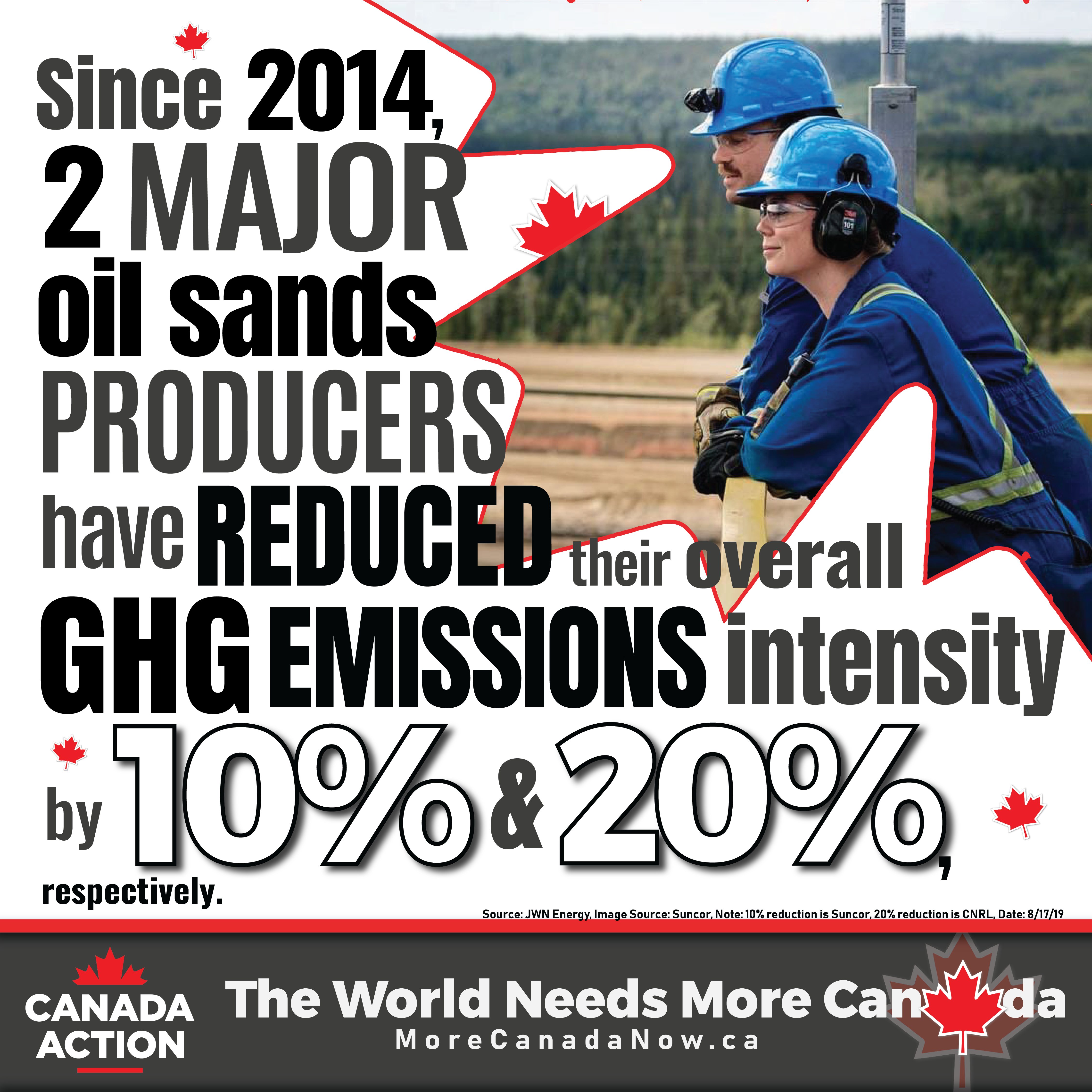 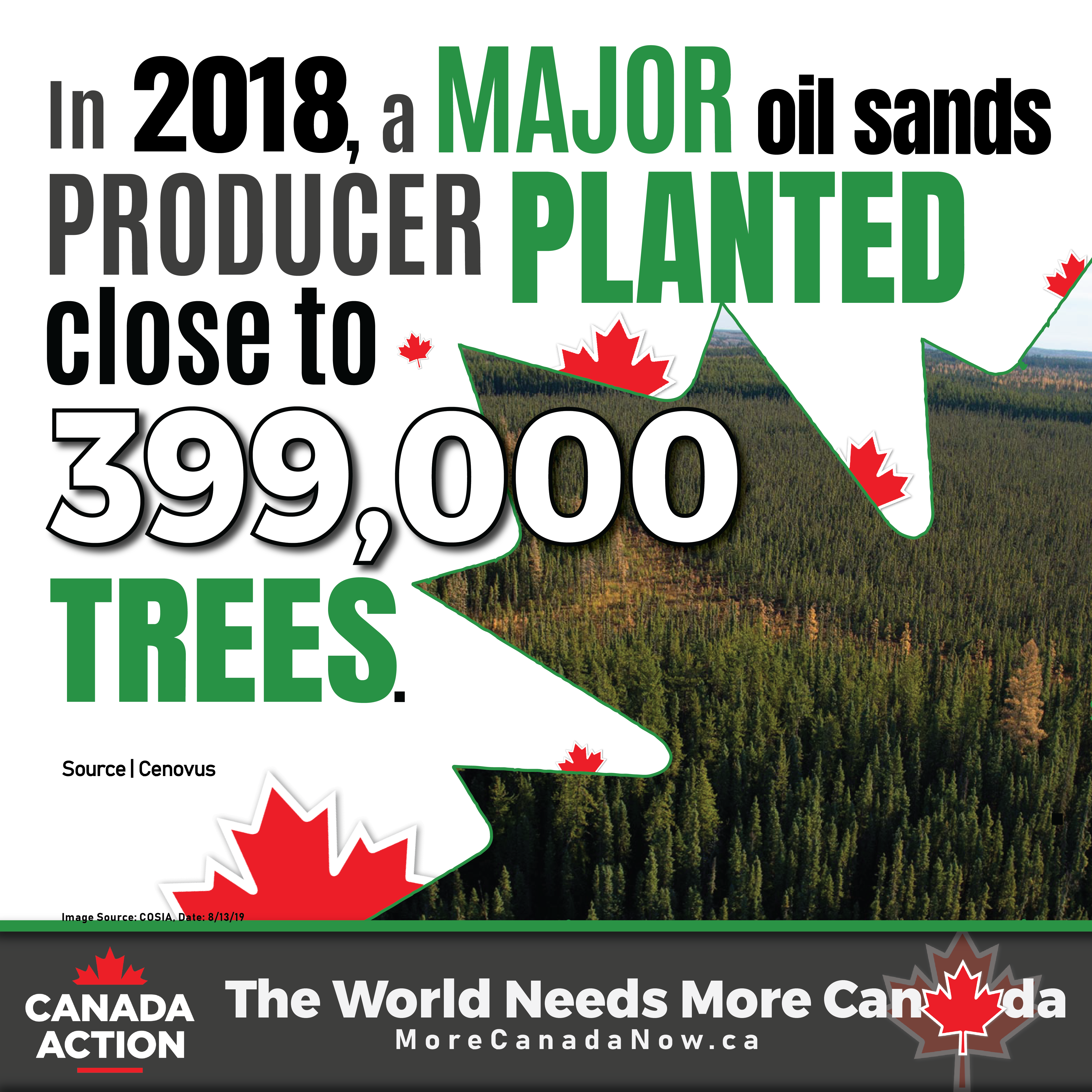 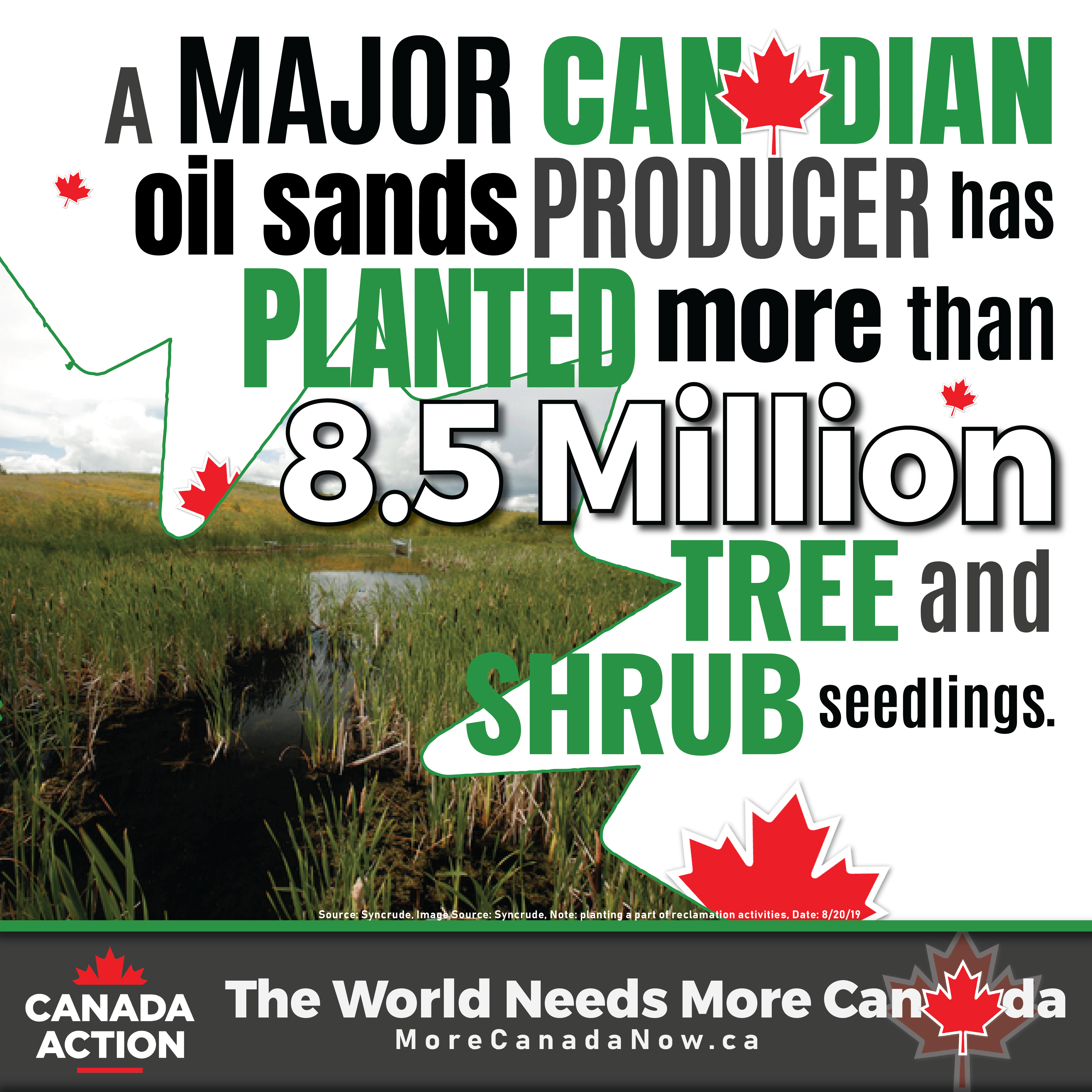 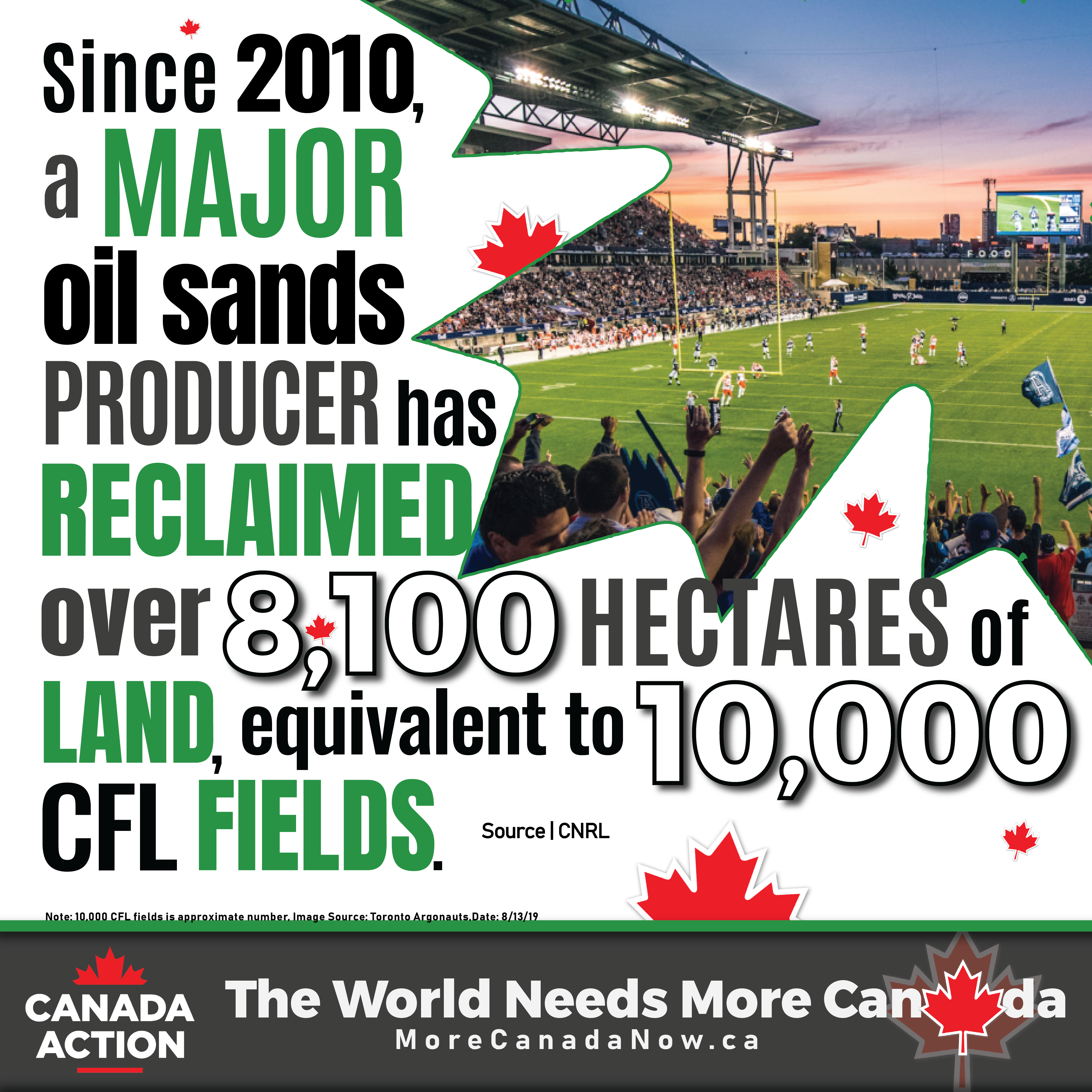 Since 2010, a major oil sands producer has reclaimed over 8,100 hectares of land, equivalent to the size of 10,000 Canadian Football League (CFL) fields. 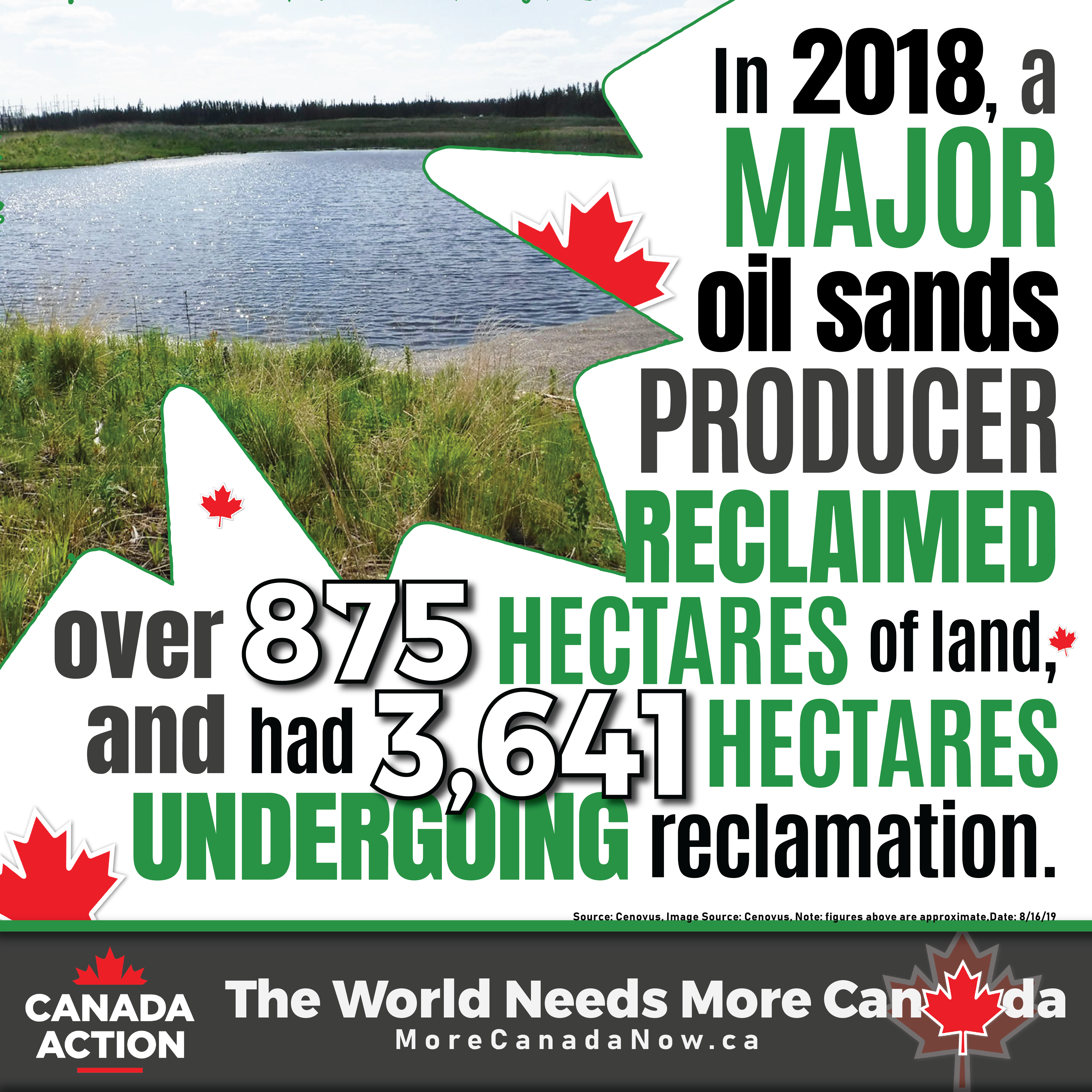 In 2018, a major oil sands producer reclaimed more than 875 hectares of land, and had over 3,600 hectares in some stage of the reclamation process. 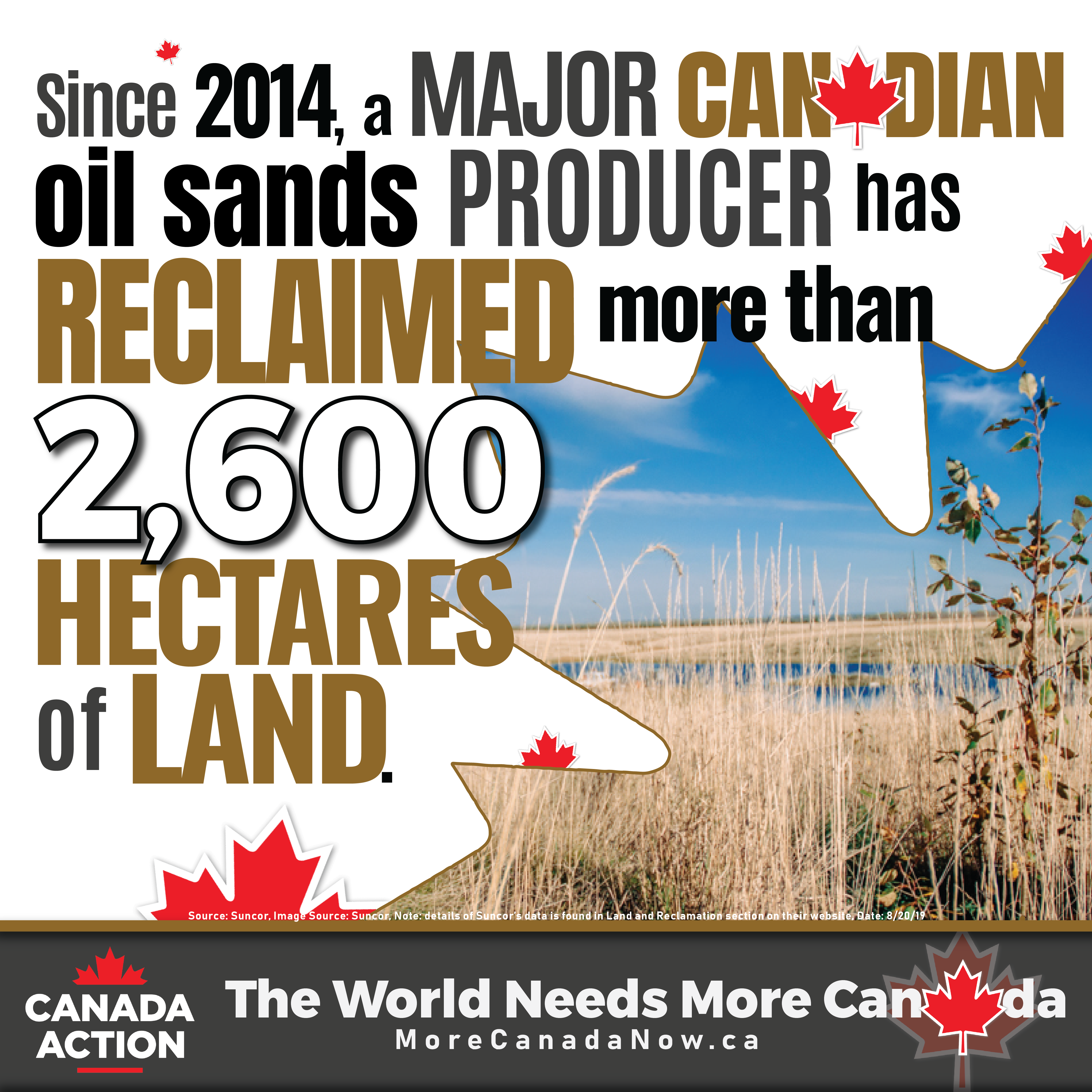 Since 2014, a major oil sands producer has reclaimed more than 2,600 hectares of land. 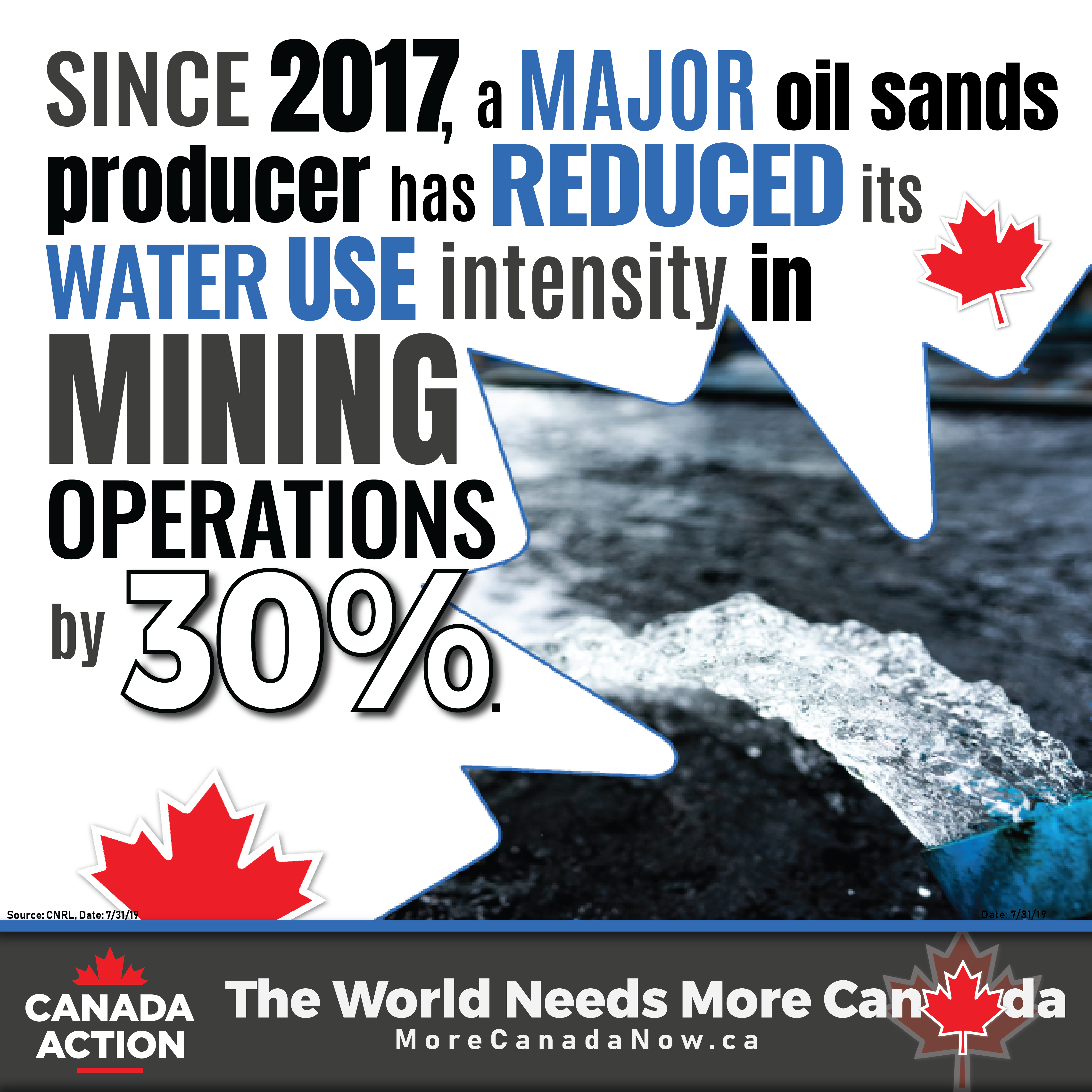 Since 2017, a major oil sands producer has reduced its water use intensity in mining operations by 30%. 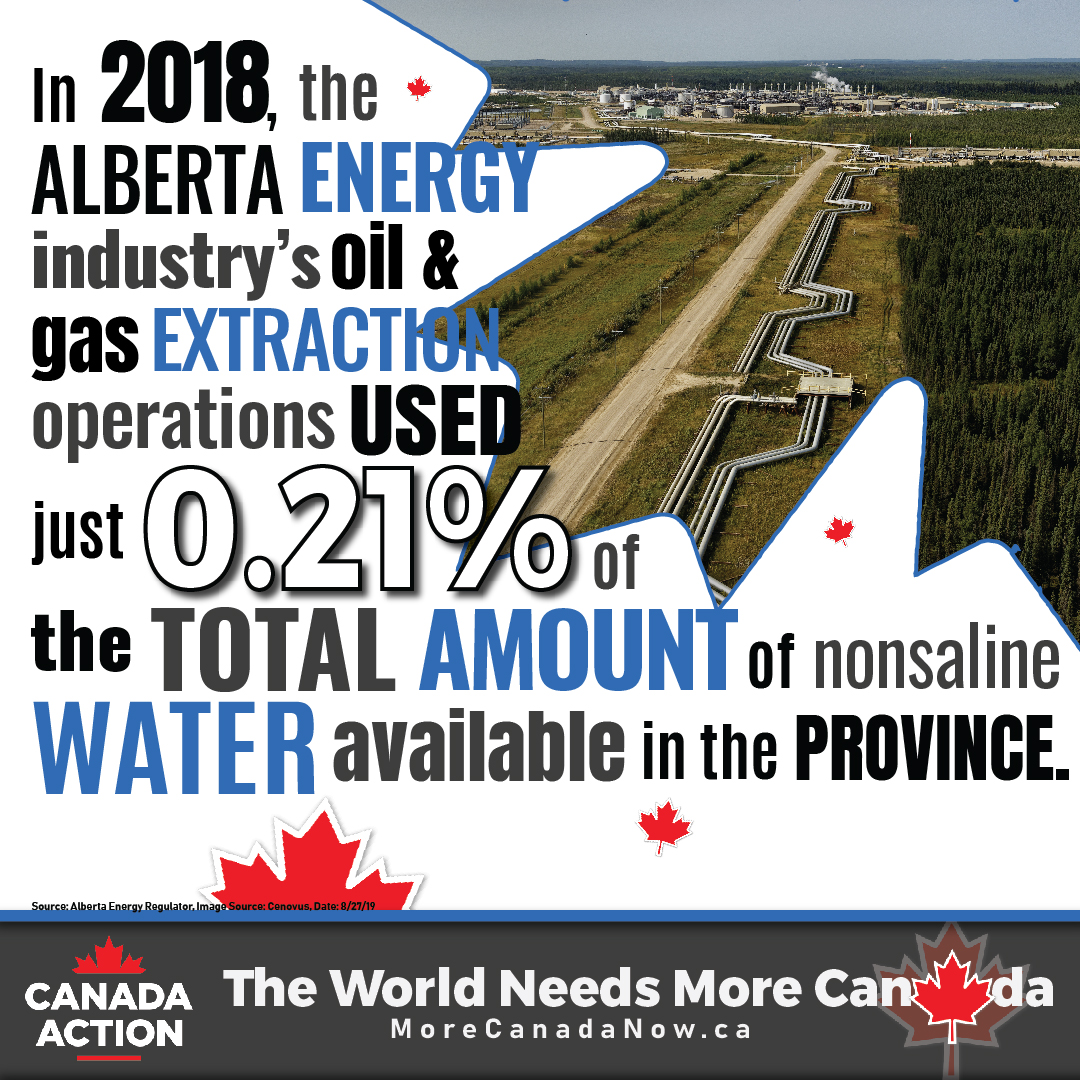 In 2018, the Alberta energy industry's oil and gas extraction operation used only 0.21% of the total amount of nonsaline water available in the province.

Using Only a Quarter of Water Allocation 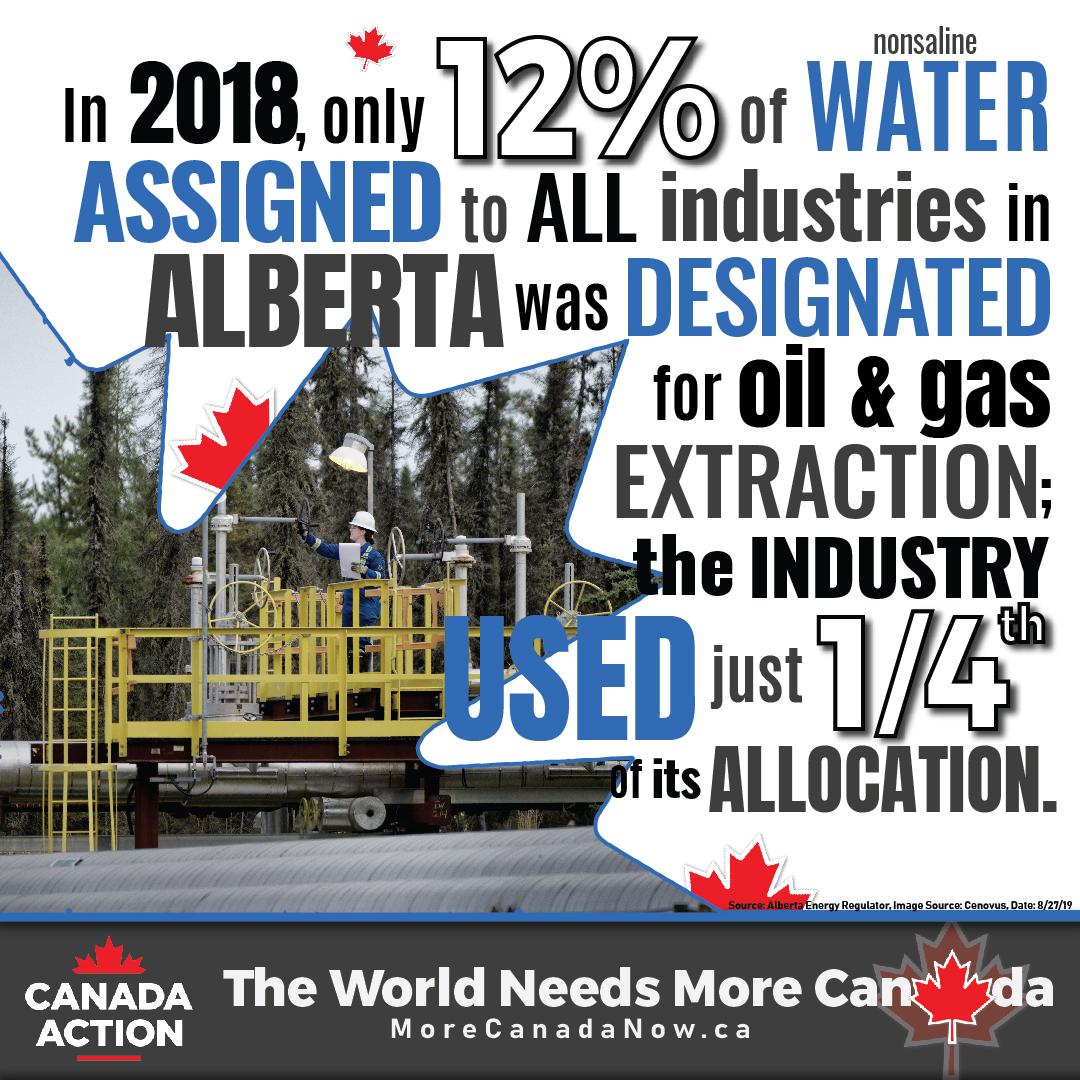 In 2018, only 12% of nonsaline water assigned to all industries in Alberta was designated for oil and gas extraction; the industry used just a quarter of its allocation. 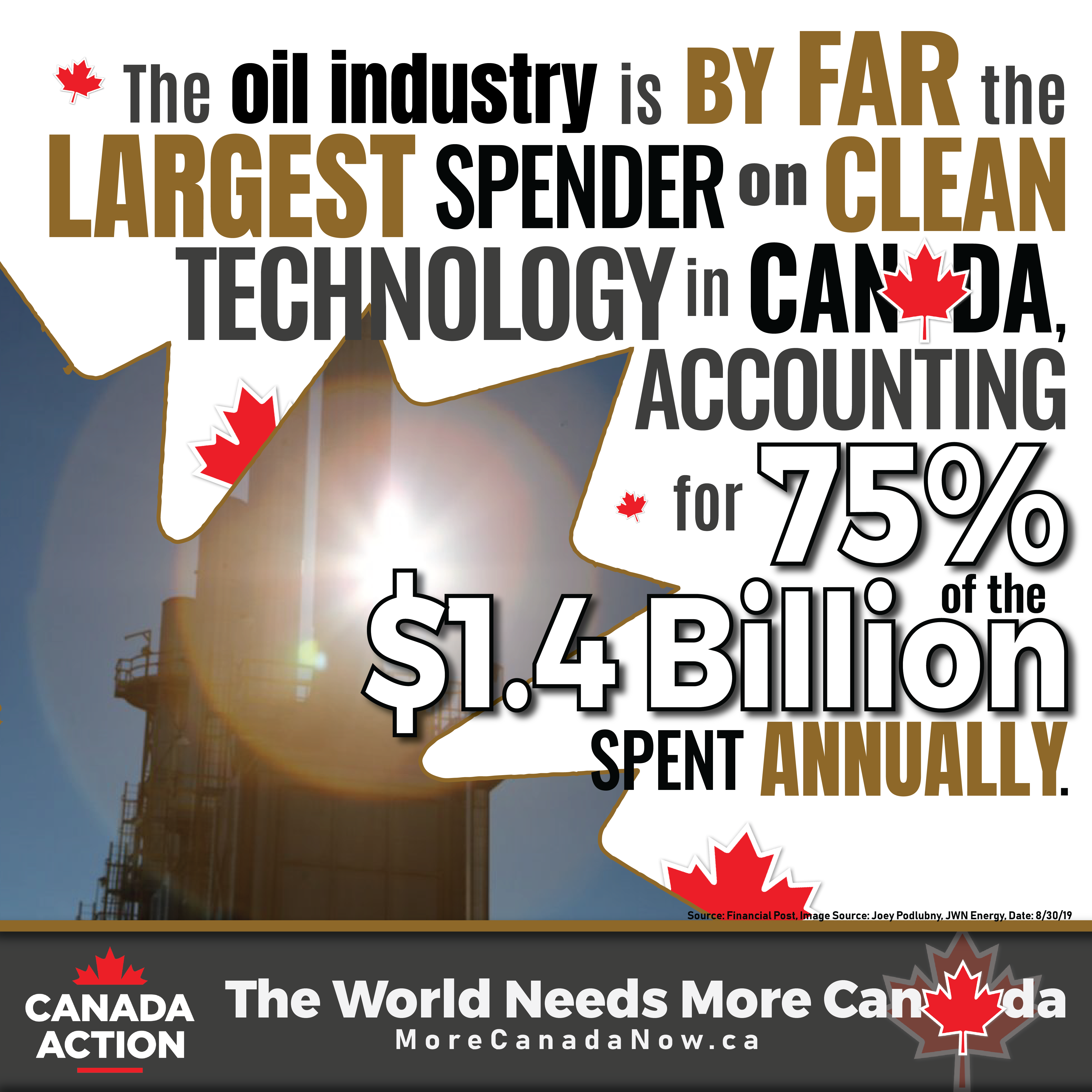 The oil industry is by far the largest spender on clean technology in Canada, accounting for 75% of the $1.4 billion spent annually. 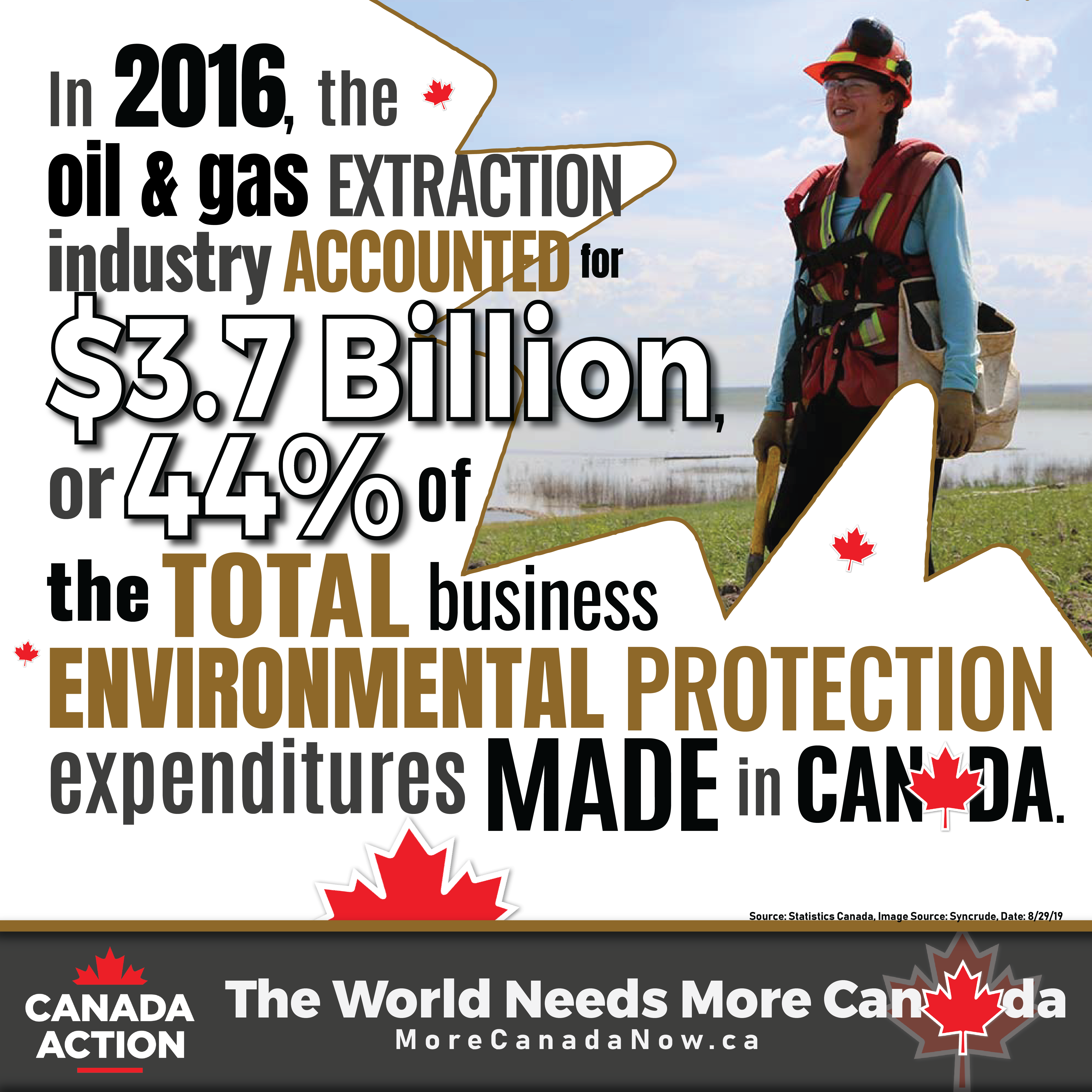 In 2016, the oil and gas extraction industry accounted for $3.7 billion, or 44% of the total business environmental protection expenditures made in Canada. 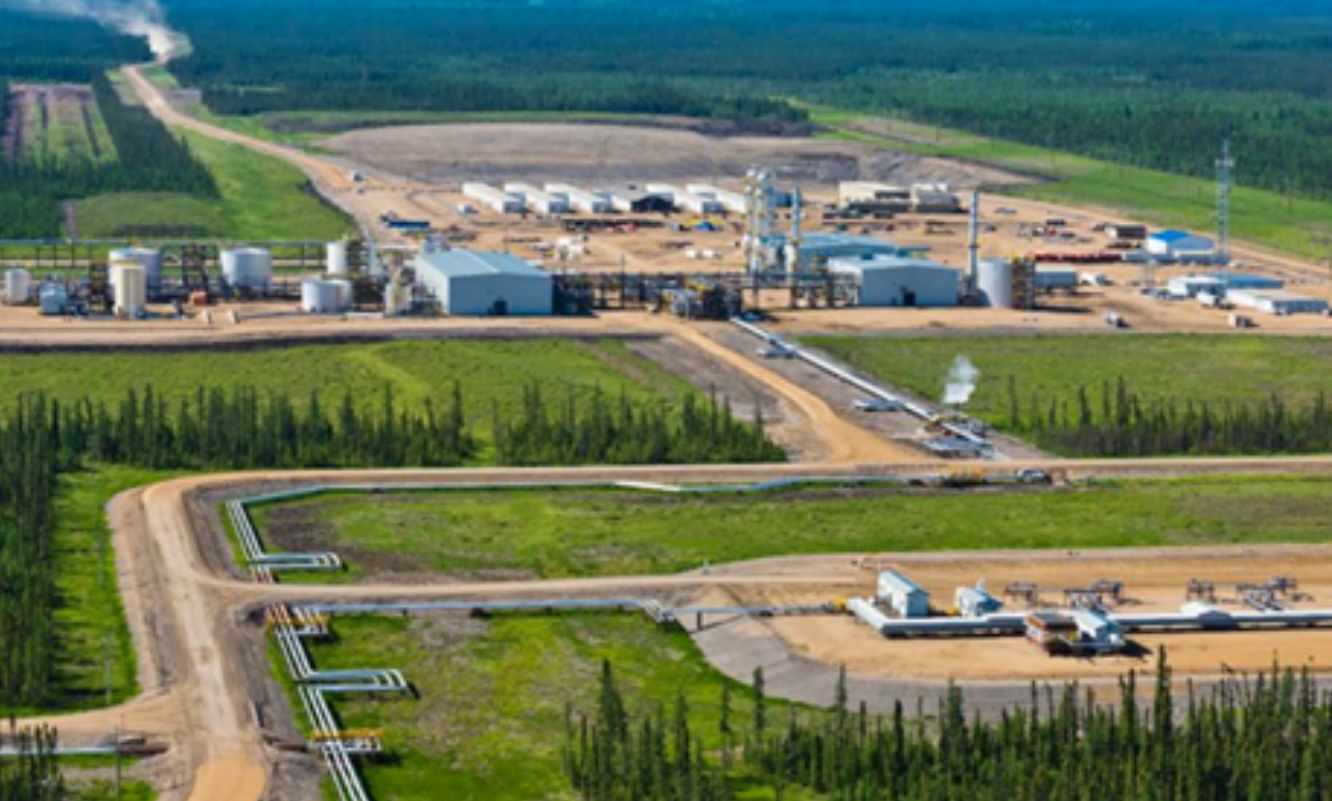 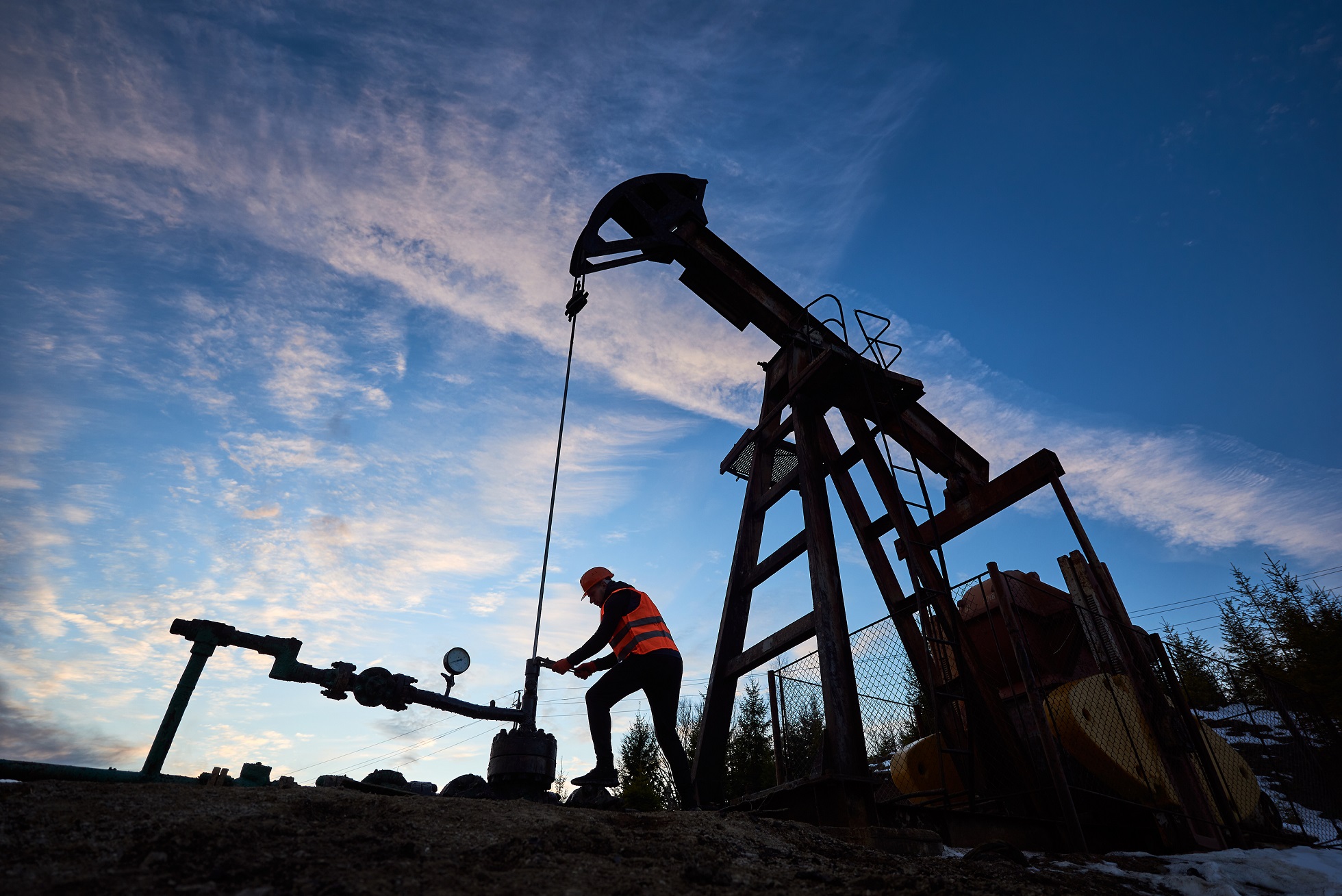 Global Oil Demand is Growing & Canada Should be a Choice Supplier

Canada’s oil and gas industry has been in the spotlight for many years, but not because it has been named the top oil producer in the world or is now the third largest LNG exporter (headlines which are true for the USA).Rather, the spotlight has been the result of a decade-lon... 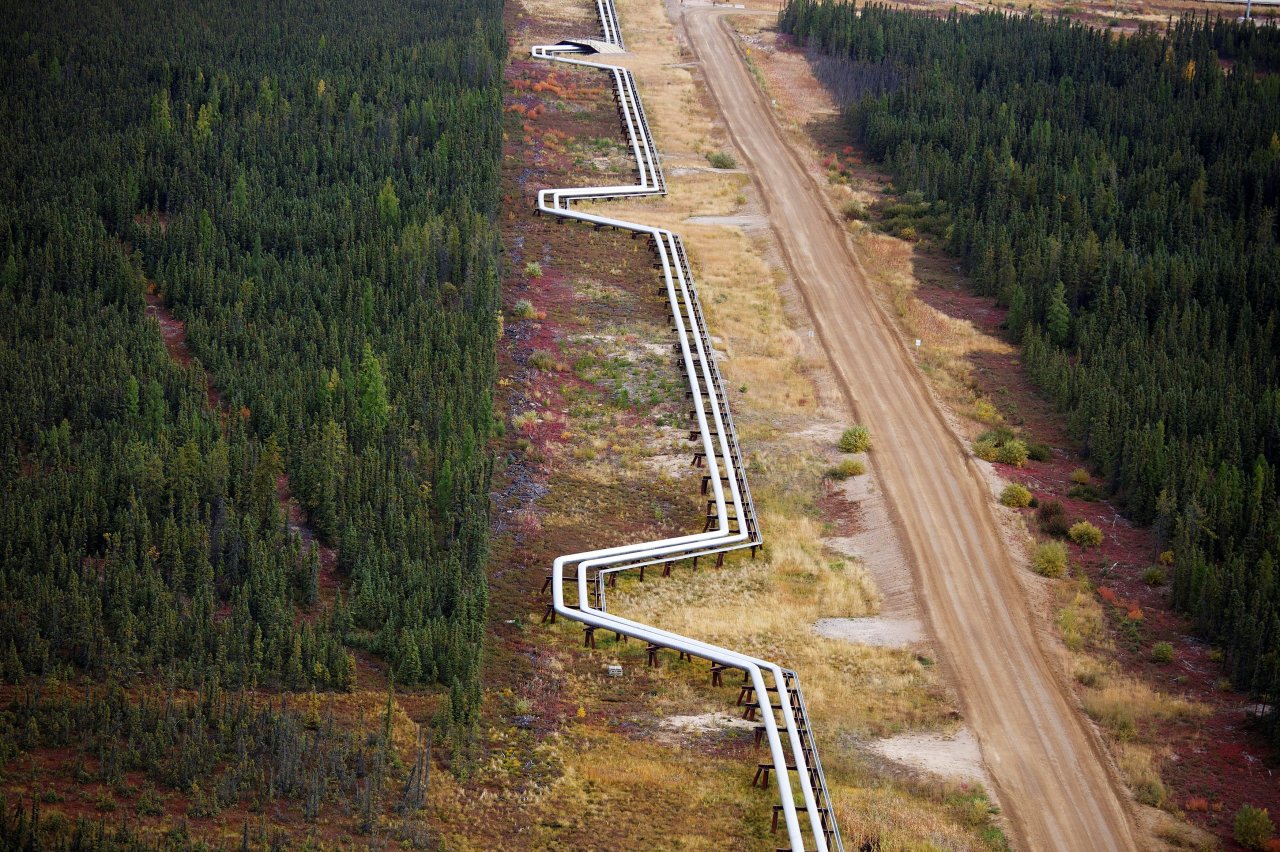