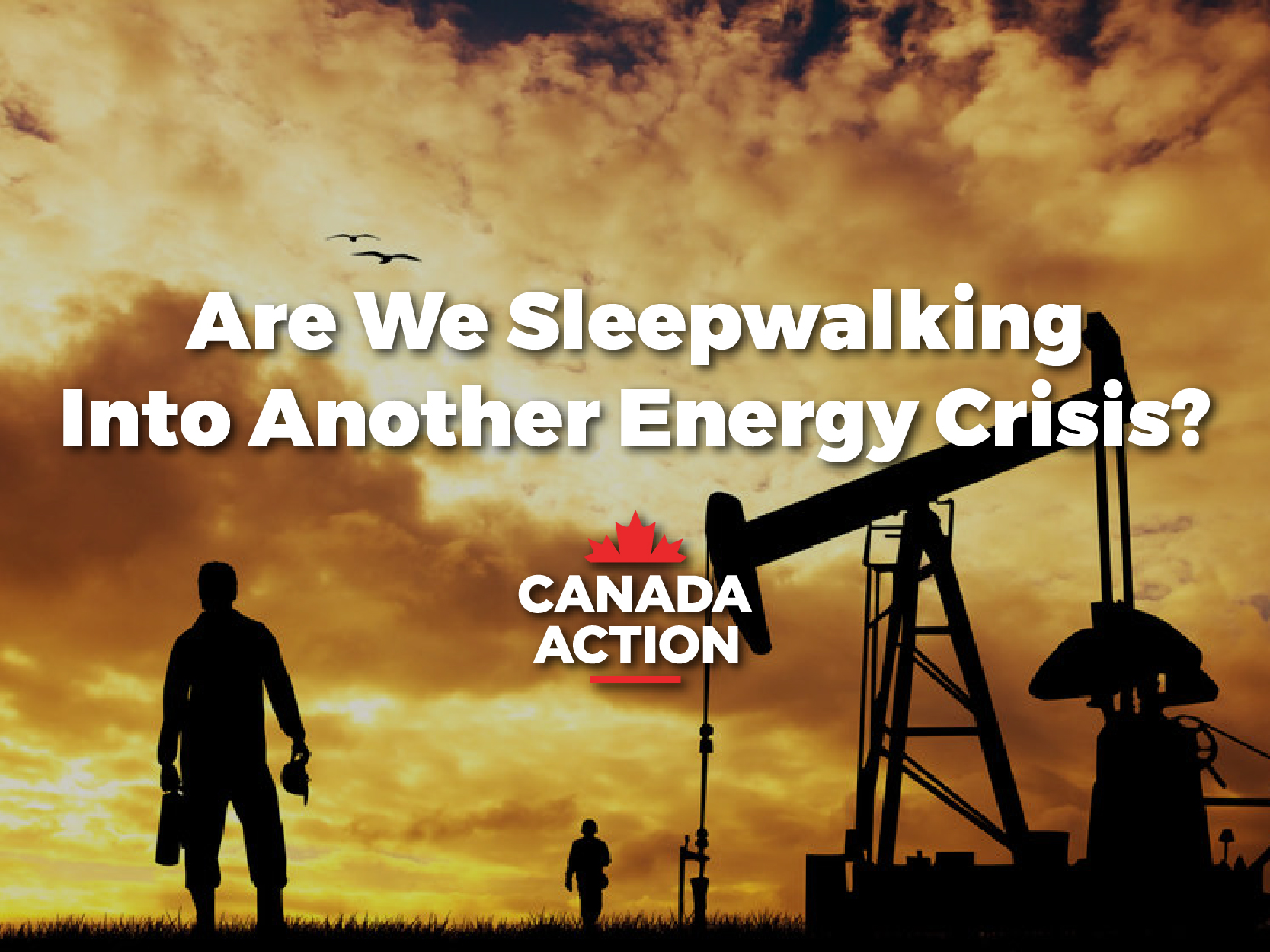 Is the world sleepwalking into another energy crisis? No, we aren’t talking about the energy shortages happening around the world currently in 2021, but of another supply shock to follow afterwards as a result of severe underinvestment in the global oil and gas industry.

Top energy research organizations and media institutions are warning of a much worse energy crisis to come if capital spending in the global upstream oil and gas sector doesn’t increase substantially in the near term. The underlying tone in most of these warnings is that this future supply shortage will be much worse than the one underway around the globe today.

Will the world take heed and start investing in the energy supplies it needs for tomorrow? Or are we going to accept energy-driven inflation, fuel shortages and lost economic growth as a normal part of the energy transition?

Here are several warnings of underinvestment in the oil and gas sector that should be of concern for us all. 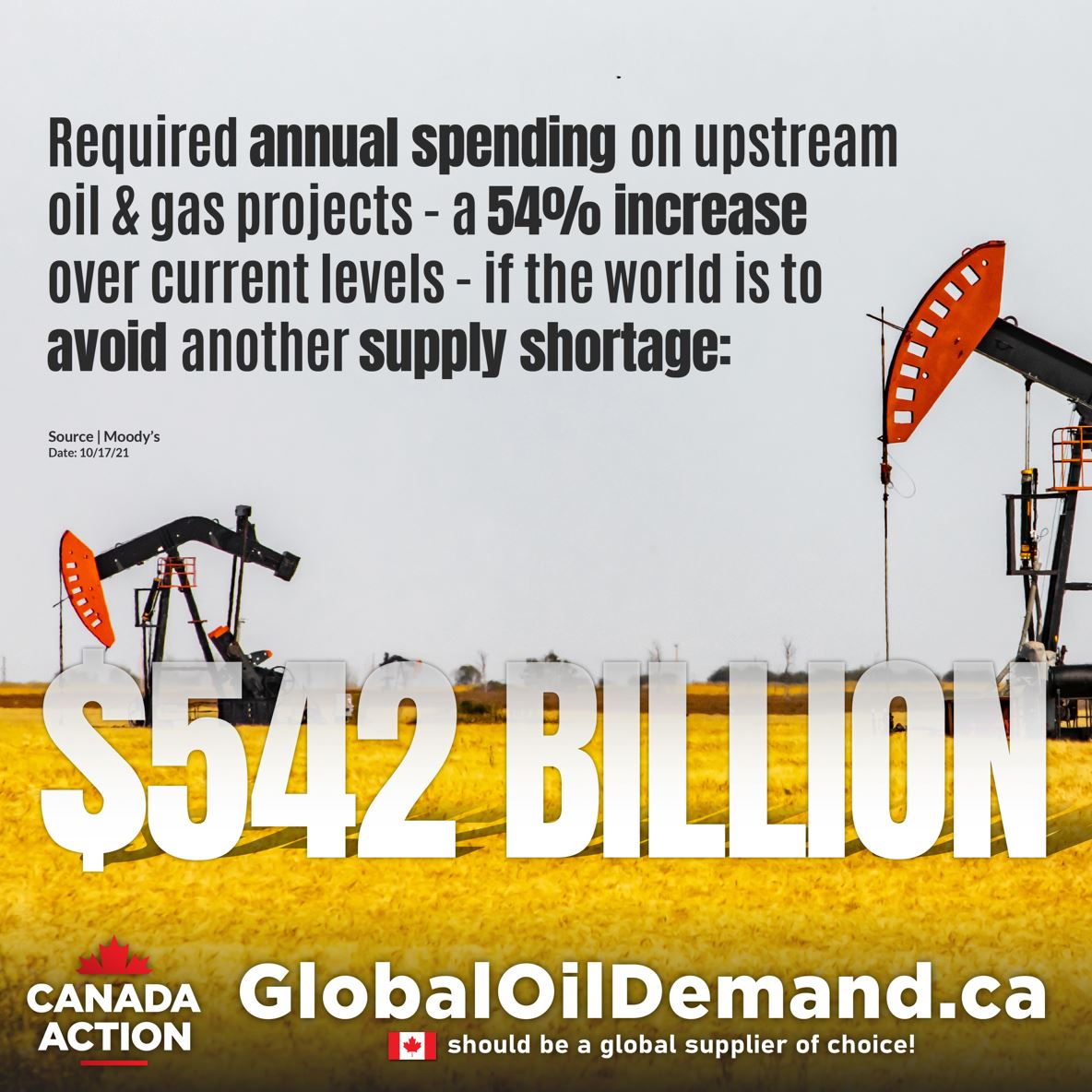 “The push for energy transition and underinvestment in traditional energy sources are fueling the current high prices, speakers at the Eurasian Economic Forum said Oct. 28.”

“Underinvestment in the global oil and gas sector could lead to tighter supplies at a time when demand is set to recover, senior executives at Vitol, Trafigura, Hess Corp and Equinor cautioned. "It seems likely that rather than falling, global oil demand is set to continue to rise as new markets and consumers emerge," Ben Luckock, co-head of oil trading at Trafigura said at the annual APPEC 2021 conference.”

Is the world sleepwalking into an oil supply crunch?

“How much new oil supply does the world need? A lot - we reckon about 20 million b/d from 2022 to 2030. This is the ‘supply gap’, the difference between our estimate of demand in 2030 and the volumes we forecast existing fields already onstream or under development can deliver.”

Risk of majors underinvesting in oil & gas is real: analysts

“JP Morgan head of oil and gas research Christyan Malek said the bank had identified a $600 billion shortfall of upstream investment needed between 2021 and 2030 to meet what he called a "muted" view of global oil demand.”

“The lack of investment in oil and gas production and the western countries’ fascination with ‘green’ energy may result in a severe shortage of hydrocarbons on the global market in the future, Chief Executive Officer of Russia’s top oil producer Rosneft Igor Sechin said at the St. Petersburg International Economic Forum on Saturday.”

Underinvestment in oil & gas may cause major problems

“The world may be sleepwalking into a supply crunch, albeit beyond 2021. A recovery in oil demand back to over 100 million b/d by late 2022 increases risk of a material supply gap later this decade, triggering an upward spike in price.”

Oil and gas investment in the new risk environment

“The COVID-19 pandemic has created the largest oil and gas demand shock in history, but its repercussions are likely to extend through a future supply shock as oil and gas companies curtail their spending on upstream operations.”

“To meet the global cumulative demand over the next 30 years, undeveloped and undiscovered resources totaling 313 billion barrels of oil need to be added to currently producing assets. Rystad Energy calculates that to match this requirement, exploration programs will have to discover a worthy-to-develop resource of 139 billion new barrels of liquids by 2050, an impossible task if this decade’s low exploration activity levels persist.”

Pretty soon, we may need more oil than we can produce

“The International Energy Agency (IEA) expects demand for oil to return to pre-pandemic levels of 100 million barrels a day within 12 to 18 months. However, analysts at the IEA warn that if current low investment levels persist through 2025, some 9 million barrels a day of supply capacity will not materialize. That's roughly the amount of excess oil on the market now due to pandemic-related shutdowns.” 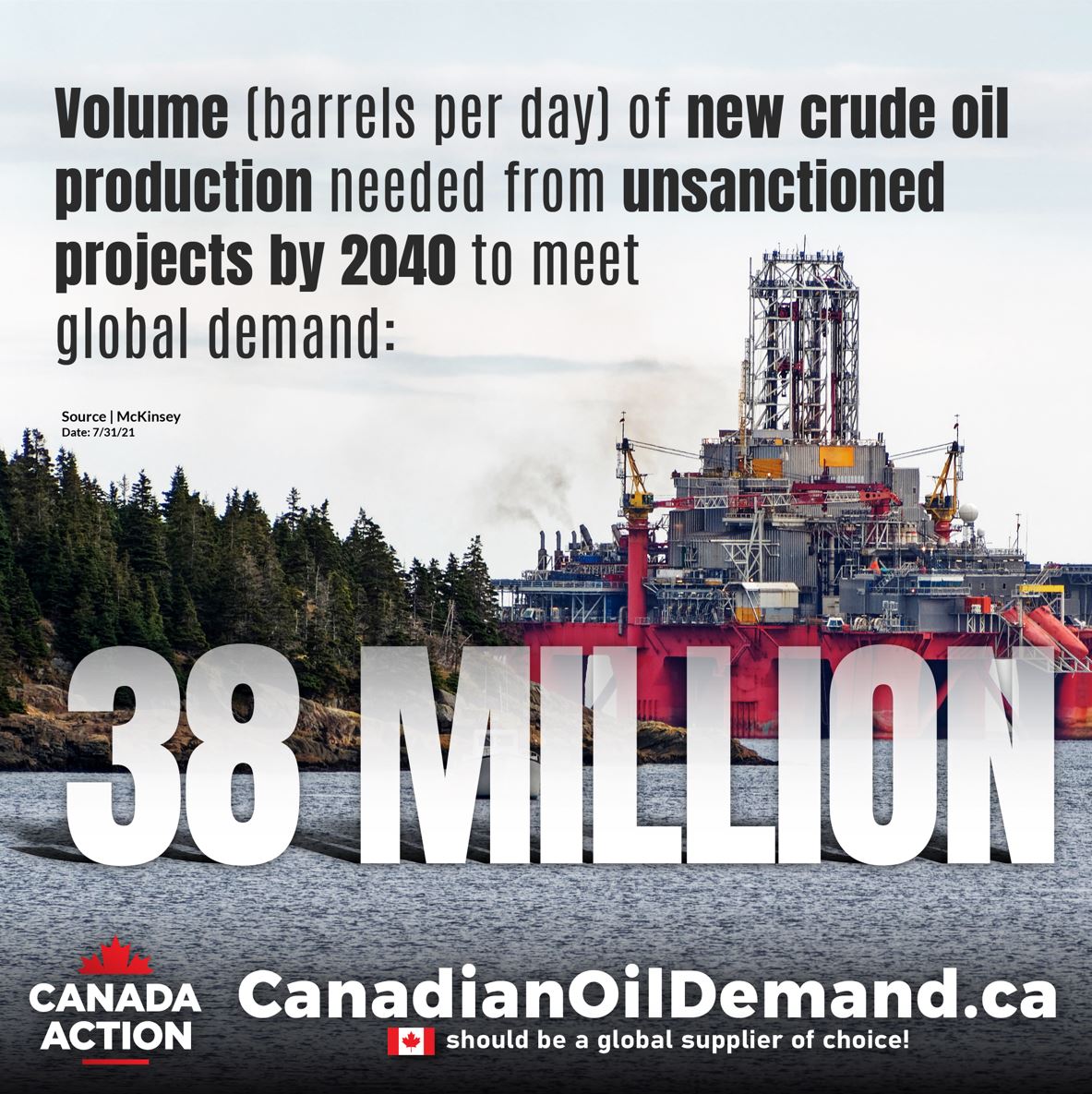 According to the IEA’s latest World Energy Outlook, oil demand will remain around 100 million barrels per day by 2050 if governments continue with their current stated policies. Meanwhile, today's energy crisis is making major emitters like China rethink the speed of which they are willing to make the transition to a lower-carbon future and instead opt for national energy security by any means possible.

Is the world really going to “sleepwalk” itself into another energy crunch? We don’t have to. Instead, the focus should be on getting the natural resources we need from producers with exceptional performance on Environmental, Social and Governance metrics like Canada!

As one of the most transparent, regulated and environmentally conscious oil and gas producers on the planet, it’s a no-brainer that Canada position itself as a global resource supplier of choice.

Will the world take heed of warnings of underinvestment in the oil and gas industry? Or will we invest in sustainable and responsible sources of supply so that we don’t have to suffer the consequences of disruptions an to intricately connected global energy system?

👉🏽 A smart move for our national prosperity AND the global environment.https://t.co/XhmJgP7ZPB pic.twitter.com/w1dR3T0GKC 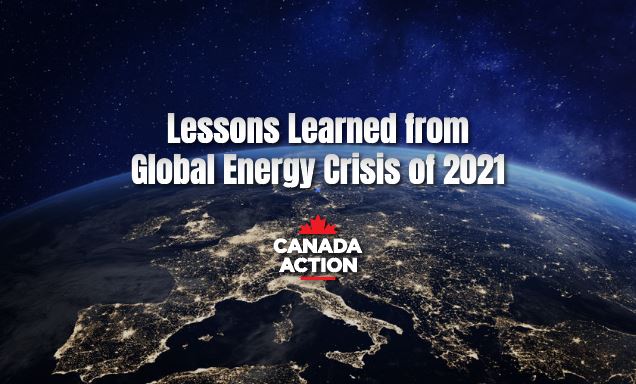 Global Energy Crisis in 2021: What Can We Learn?

Unless you want to spend most of Christmas trying to explain to the kids about limited reindeer capacity or elf worker shortages, buy those high-demand toys now. They might just not make it to Black Friday given the energy crisis underway in Europe, which according to many en... 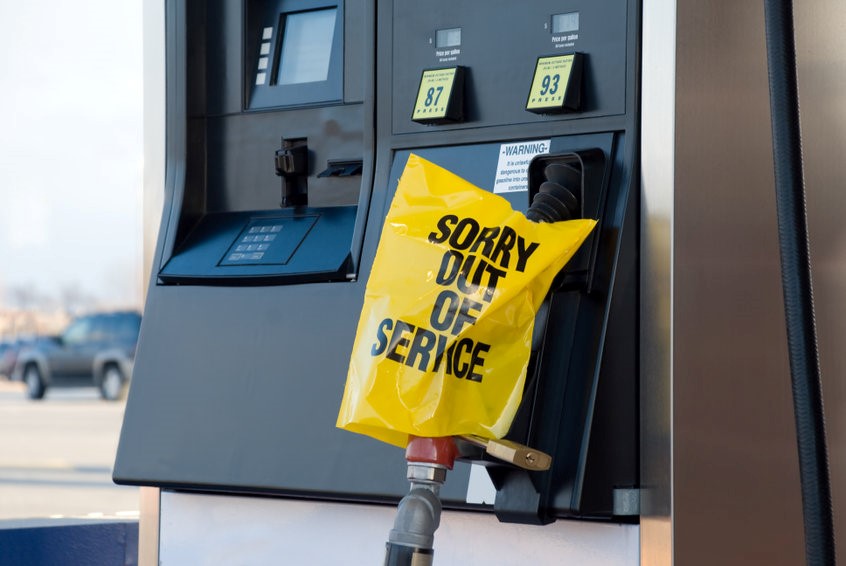 Global Energy Shortage: 10 Headlines From Around the World

A major energy supply crunch is looming in Europe and elsewhere around the world, with soaring energy prices contributing to inflation and posing a serious risk to the post-pandemic economic recovery while hurting homes and businesses. Whether or not this turns into a full-bl... 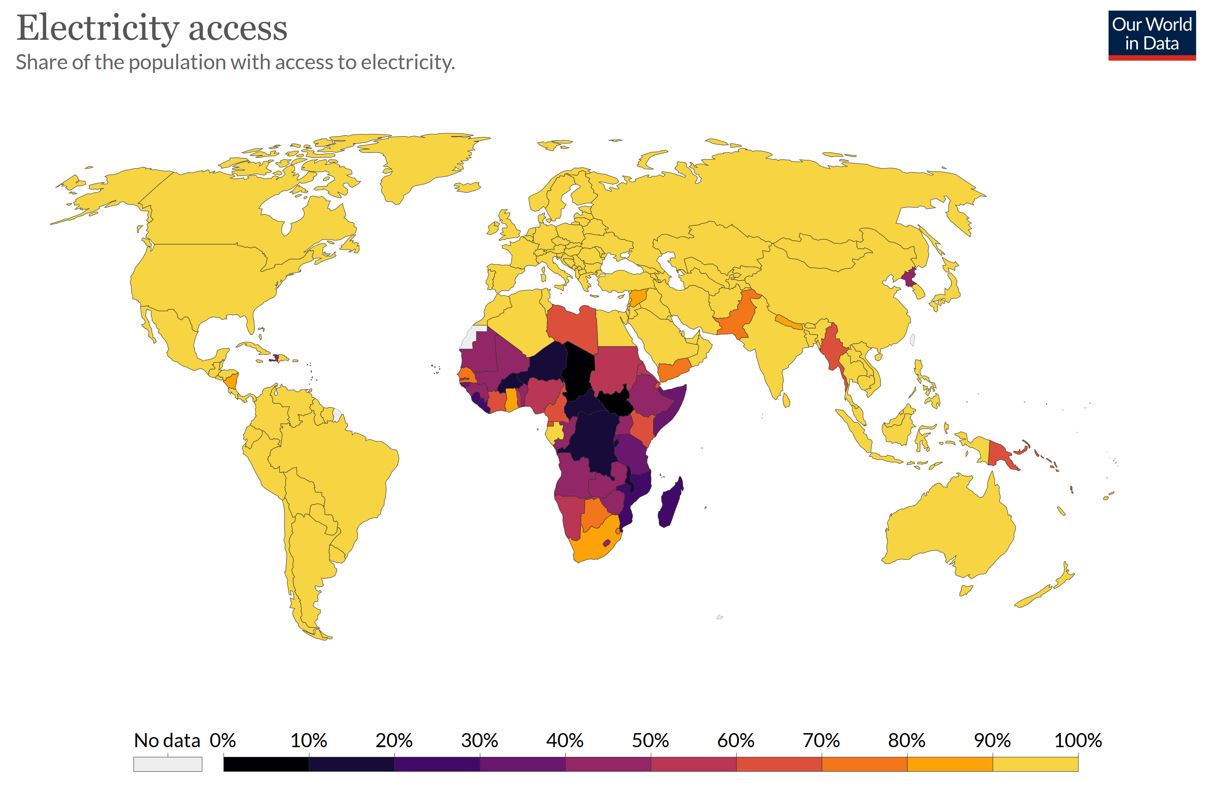 Why We Should Be Grateful for Cheap & Reliable Electricity

Electricity Access - Our World In Data Electricity is so ubiquitous in everyday life that it’s quite easy to take for granted. That’s true, of course, unless you’re one of the billion or so people – or 13 per cent of the world’s population – who don’t have access to it. Chad,...