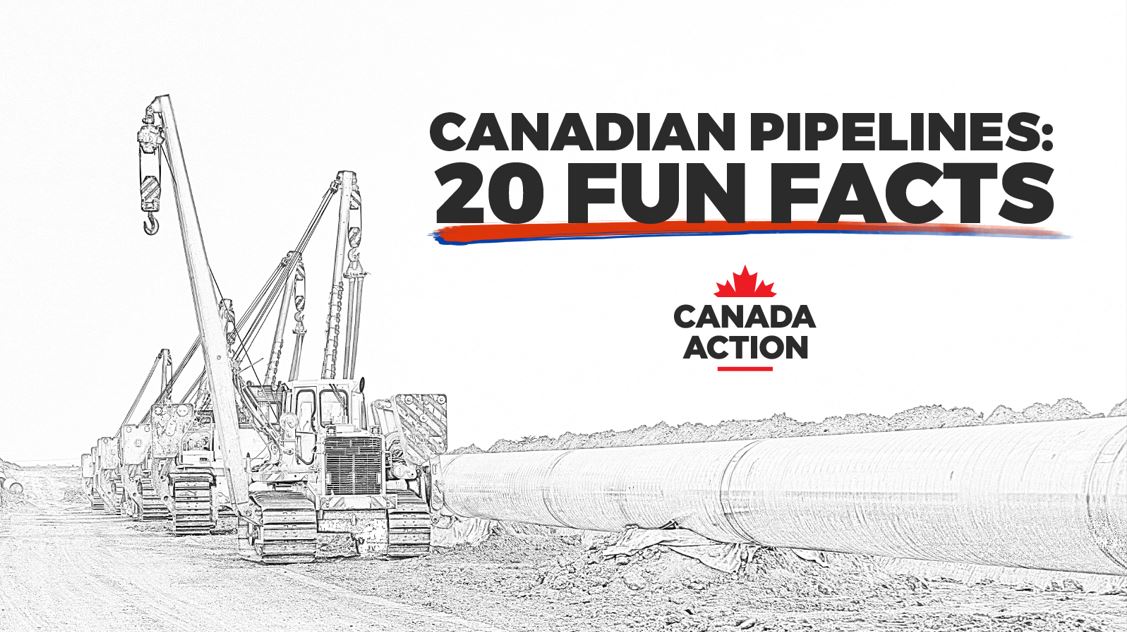 Oil and gas pipelines in Canada have been a frequent topic of discussion in the public domain for a decade or more. While most of us have a good idea of their purpose and the energy abundance they afford us, not everyone is on the same page about the necessity of Canada’s huge network of transmission pipelines.

So, here are more than 20 fun and interesting facts on Canadian pipelines that you may or may not know; either way, some of these pipeline facts are jaw-dropping and make for a good read! Also see:

#1 – They could circle the Earth many times over

Canada’s petroleum-producing provinces are home to more than 25,000 kilometres of feeder pipelines. These pipelines move oil and natural gas liquids to larger transmission pipelines such as Trans Mountain or Line 3.

#4 – There is way more pipeline in the ground than highway

Canada’s closest ally and trading partner is responsible for buying more than 96% of Canada’s oil and natural gas exports. Canada has 117,000 kilometres of pipelines transporting crude oil and natural gas to buyers at home and across the southern border, showing how closely tied the U.S.’s energy security is to Canada and Canada’s economy is to the U.S. 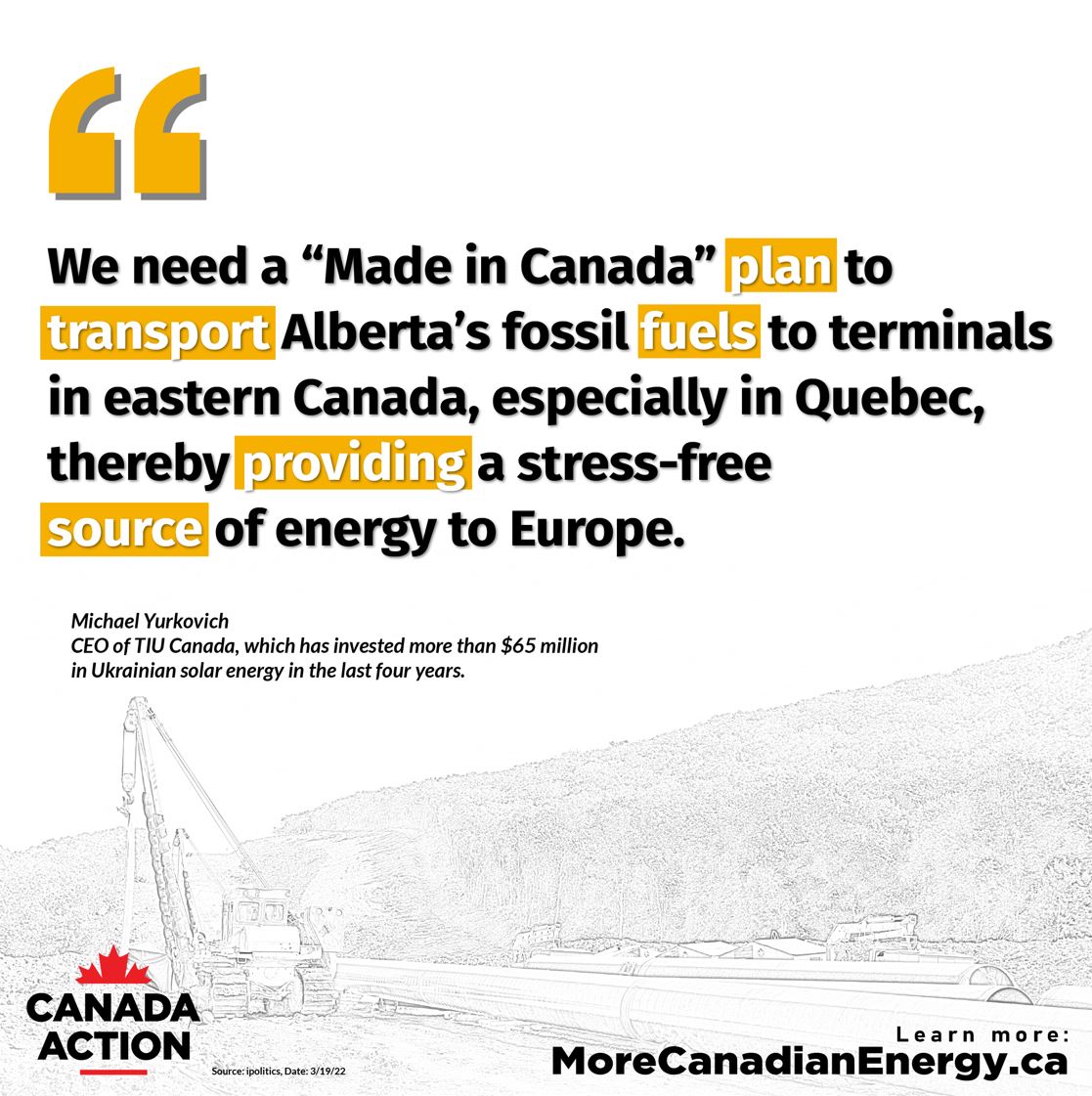 Natural gas can move through transmission pipelines at a speedy rate of up to 40 kilometres per hour, about the same as an elephant moving at top speed.

On the other hand, crude oil moves much slower – at about 5 kilometres per hour – the same speed you would be going while casually walking down the street.

#9 – Enough oil to fill many, many swimming pools

Canada’s pipeline network moves enough crude oil to fill 200 Olympic-sized swimming pools daily. An Olympic-sized swimming pool is 50 metres long, 25 metres wide, and a minimum of 2 metres deep, holding a volume of water equal to 660,430 gallons, or just over 3 million litres. In total, that’s more than 600 million litres of crude oil a day, almost all of which goes to buyers in Canada and the United States.

#10 – Enough natural gas to fill many, many more

The Canada-US pipeline network transports roughly 10.1 billion cubic feet of natural gas every day. Such a vast amount of natural gas is hard to fathom or put into perspective.

Over two-thirds of the energy demand in Canada is currently met by products made from crude oil or natural gas. A majority of that supply is transported via its extensive pipeline network. 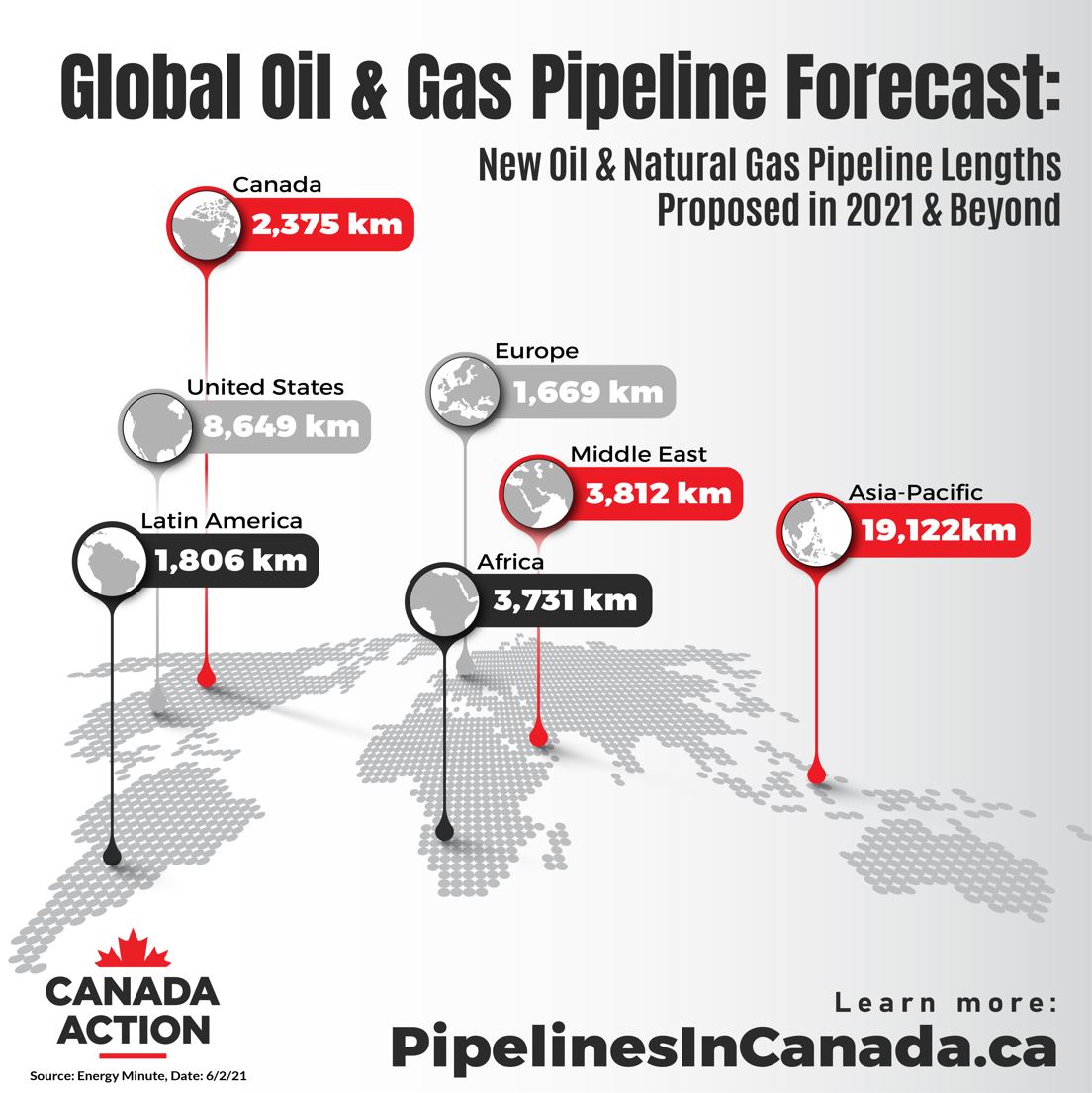 # 13 – Pipeline partners across the country

With over 2,500 local supply partners across Canada, the Canadian pipeline industry is a key part of the economy and supports many businesses in many small towns and cities. Over 900 communities are reliant or heavily reliant on the natural resource sectors in Canada, including pipelines.

Canada’s pipeline industry operates at the highest regulatory standards globally. For example, the Canadian pipeline standards document is more than 500 pages and describes in detail the technical and operational requirements by law.

#15 – Canada’s first pipeline was built in the 19th century

Canada’s very first natural gas pipeline was built in 1853. It was a cast-iron pipe which spanned 25 kilometres and moved natural gas to Trois Rivieres in Quebec.

Not many years later, Canada’s first oil pipeline – and one of the first to be built in the world – was constructed to transport oil from the Petrolia oilfield in Petrolia, Ontario, to Sarnia, Ontario.

In 1912, the 275-kilometre long Canadian Western Natural Gas pipeline was built from Bow Island to Calgary, Alberta. Drilling soon began focussing also on oil, as the “black gold” was discovered in Turner Valley a few years later in 1914. 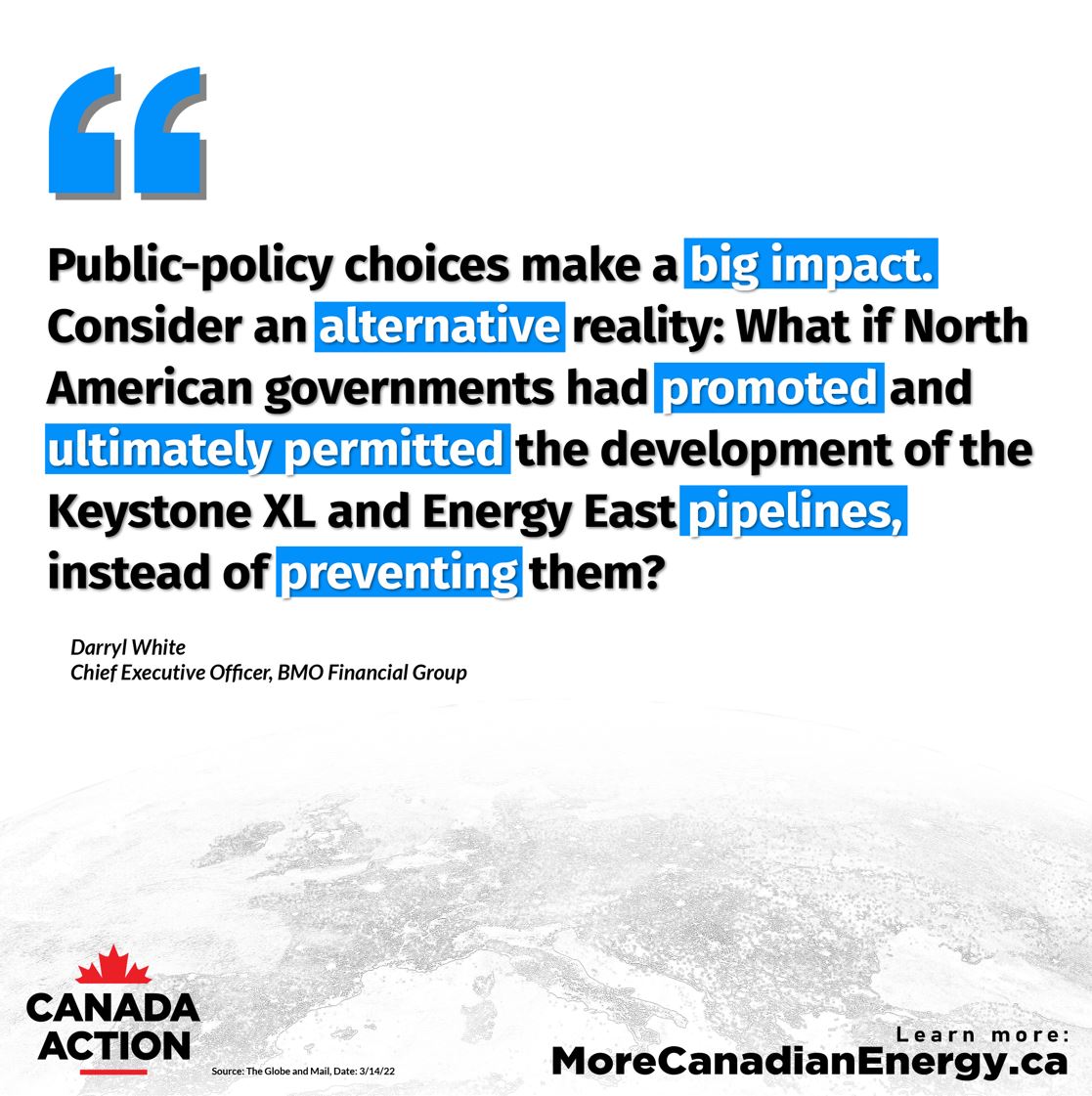 The Canada-US pipeline transportation network creates substantial benefits for families on both sides of the border. In Canada, the network:

> Provided an average annual salary of $80,155 in 2019, much higher than the average for other occupations across the board

#19 – Canadian pipelines are a boon to Canada’s pocketbook

Canada’s pipeline network is responsible for transporting hundreds of billions of dollars worth of crude oil, petroleum products, natural gas liquids and natural gas to Canadians and export customers each year.

In 2014, for example, federally regulated pipelines shipped about $159 billion worth of oil and gas to domestic and international buyers.

Given global energy demand for oil and gas is projected to grow for many years yet, If you care about the advancement of global democracy, human rights and environmental protection, you support Canadian pipelines.

Pipelines are Good for Canada!

If so, we invite you to join us at Canada Action on Instagram, Facebook and Twitter to stay updated on Canadian natural resources – a major backbone of our national economy and prosperity!