Covering 43 percent of our nation’s land area and accounting for 10 percent of the world’s total forest cover, Canada’s forests support more than 300,000 jobs across the country and provide us with a wide range of products from building materials to clean energy to high-tech additives for other manufactured goods.

Employment from sustainable forest management in Canada is especially important for Indigenous and rural communities where forest-related work is often a main source of income. As a matter of fact, the sector supports over 300 communities from coast-to-coast and adds more than $26 billion to our economy annually.

Even as the numbers of jobs are lower than in the past because of advances in harvesting technology and other economic factors, today’s forestry jobs tend to be on average more skilled and higher paid. 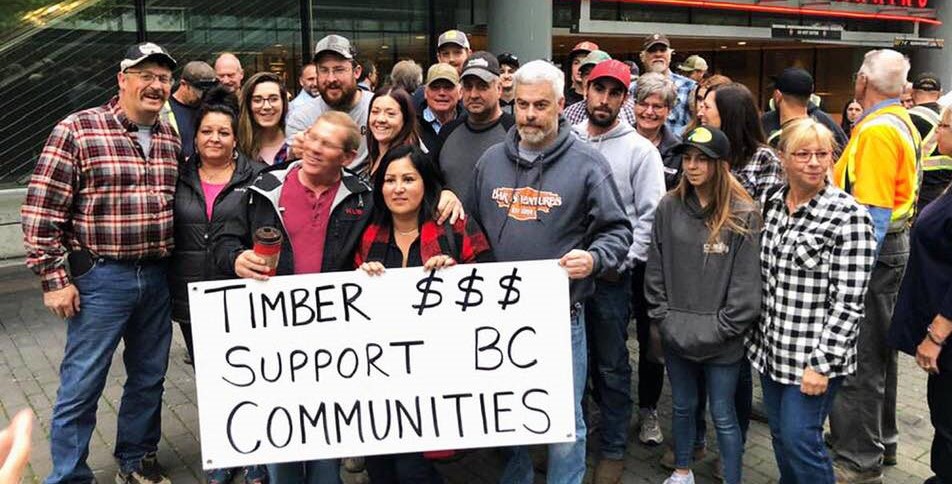 > is “Clean.” (that is, its production is carbon-friendly). Canada’s pulp and paper sector has decreased its greenhouse gas emissions by about two-thirds since 1990, while many forest companies have become energy self-sufficient within their production facilities by replacing fossil fuel consumption.

>  is “Renewable.” Canada is home to 38 percent of the world’s certified forests which are independently assessed against progressive social and environmental criteria. In fact, we’re home to the most forests in the world – by far -- that are independently certified to be sustainably managed. Among many other environmental and social considerations, that means our forest industry regenerates about as much forest as it harvests.

> is “Abundant.” Covering more than a third of a billion hectares stretching from the coastal rain forests of British Columbia to the Boreal forests of Newfoundland and Labrador, Canada’s forests account for 10  percent of the world’s forested lands.

> is “Growing.” While Canada’s forest cover has remained fairly constant over the past two decades in spite of harvesting, fires, insect infestations, clearing for agriculture and energy, and for settlement, forests globally have expanded nearly four million hectares over the past decade. That’s because the world uses wood, which in turn sends a positive signal back to the market to grow more trees to meet that demand. 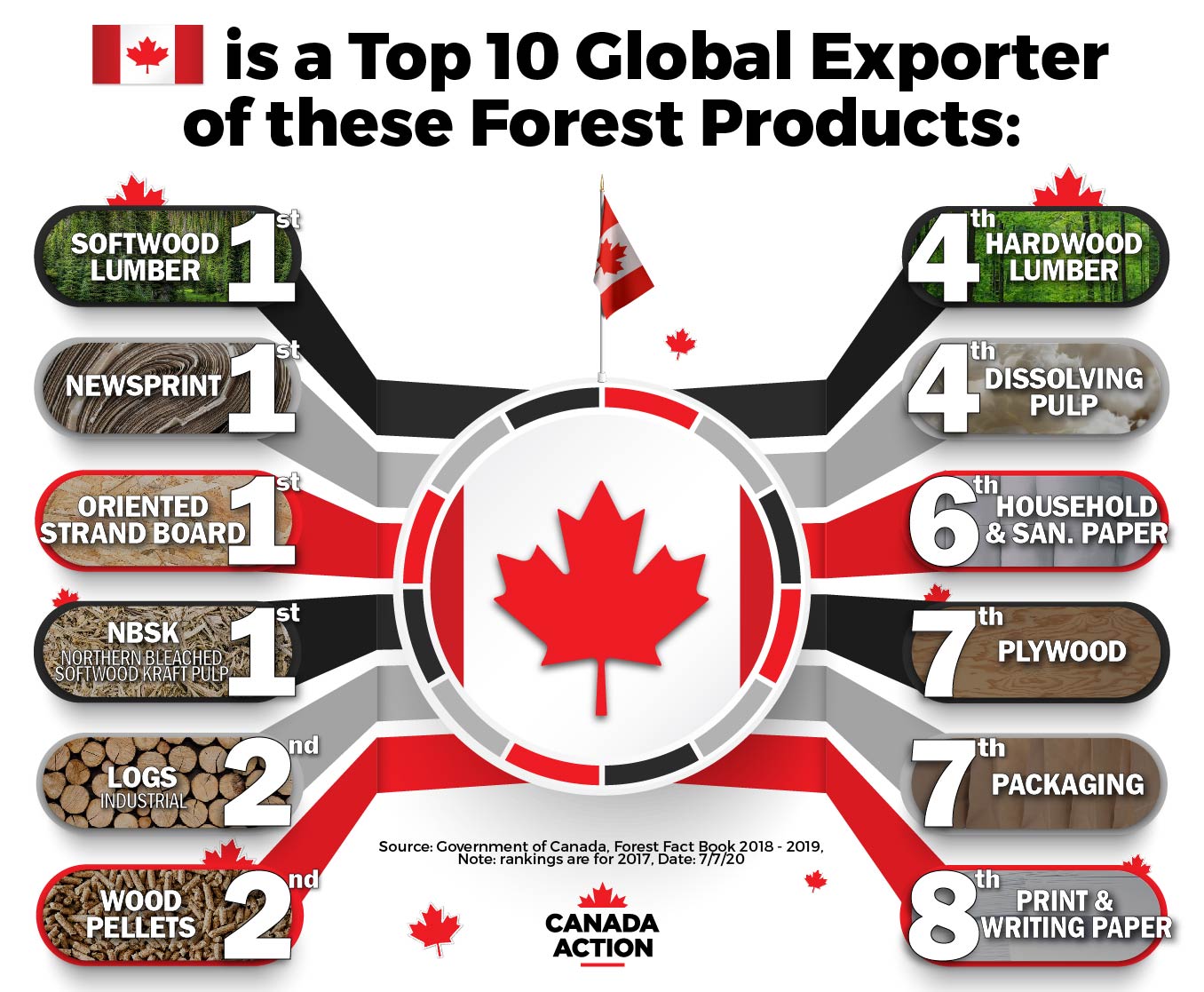 Also see these 35+ Facts on the Forestry Sector in Canada to learn more! 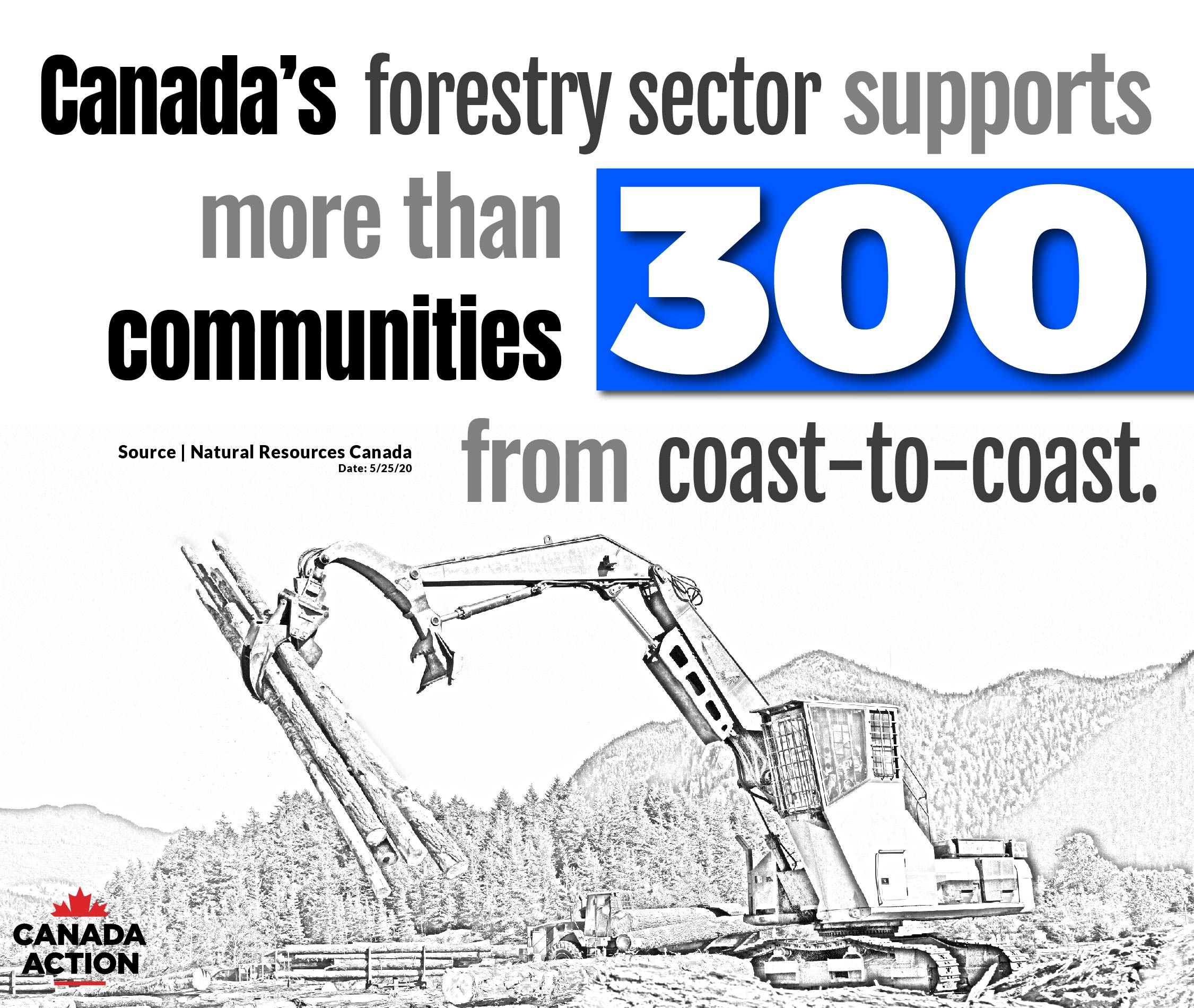 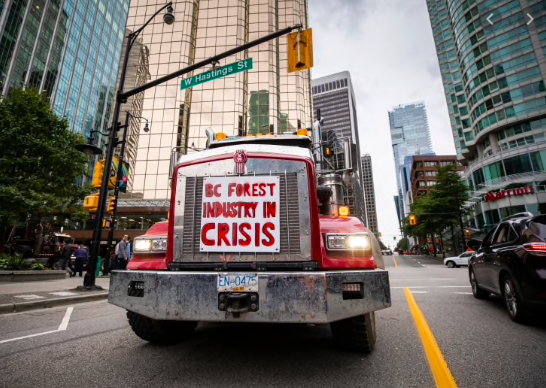 Forests in Canada purify our air, regulate our water cycles and provide habitat for our wildlife. The forestry sector, a world-class leader in environmental practices and regulations, is a crucial employer across the country – and particularly in rural regions where, for many small Indigenous and non-Indigenous communities, a well-paid forestry job can be the difference between poverty and prosperity for an entire family.

And Canada’s forest products industry is seen more and more as a part of the climate change solution in recent years. For example, growing forests, converting trees to forest products and then ensuring future forest growth all contribute to “closing the carbon cycle,” as follows:

From rural economic development to cleaning the air, regulating our water, providing habitat for our wildlife, housing our societies through green building, and mitigating climate change, there are few industries as worthy of national support as Canada’s forest products sector! Forestry in Alberta: By the Numbers

When you think of Alberta’s forestry sector, the high treed slopes of the Rocky Mountains and the low-lying prairies likely come to mind. Wait, why the prairies though? Surely not many Canadians think about forestry in Alberta as a prominent provincial industry? That makes sen...