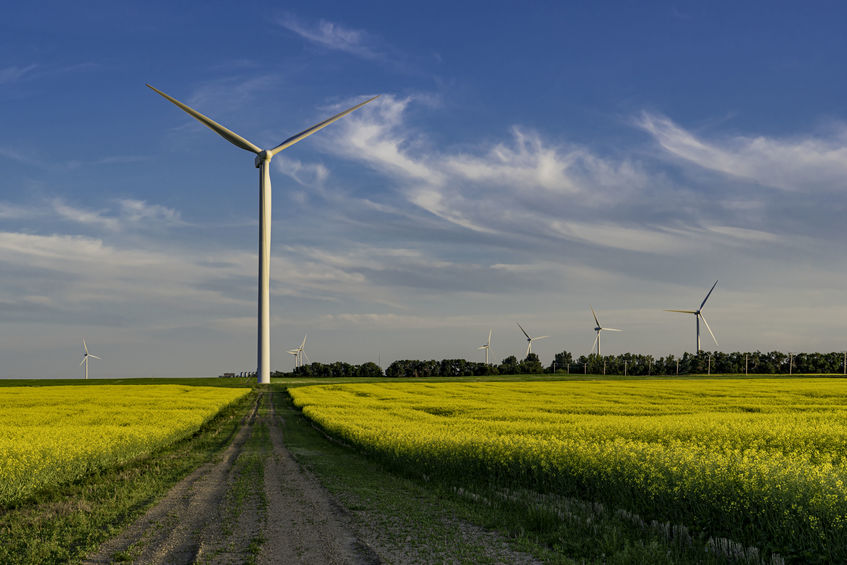 Canada, with its massive land area and diverse landscapes, is blessed with substantial renewable resources – moving water, wind, biomass, solar, geothermal and ocean energy – that have allowed our nation to become a global leader in renewable energy production. Today, Canada stands as the 7th largest producer of renewable energy in the world, with renewables accounting for more than 16 per cent of our primary energy supply and around 67 per cent of our total electricity demand.

Canada’s leadership in renewables is exemplified by a long list of facts, one being that our country exports about eight per cent of our electricity to the U.S. where it displaces more greenhouse gas (GHG) intensive generation and prevents millions of tonnes of carbon dioxide (CO2) being released into the atmosphere each year. And that's just the tip of the iceberg when it comes to our renewable leadership on the global stage. 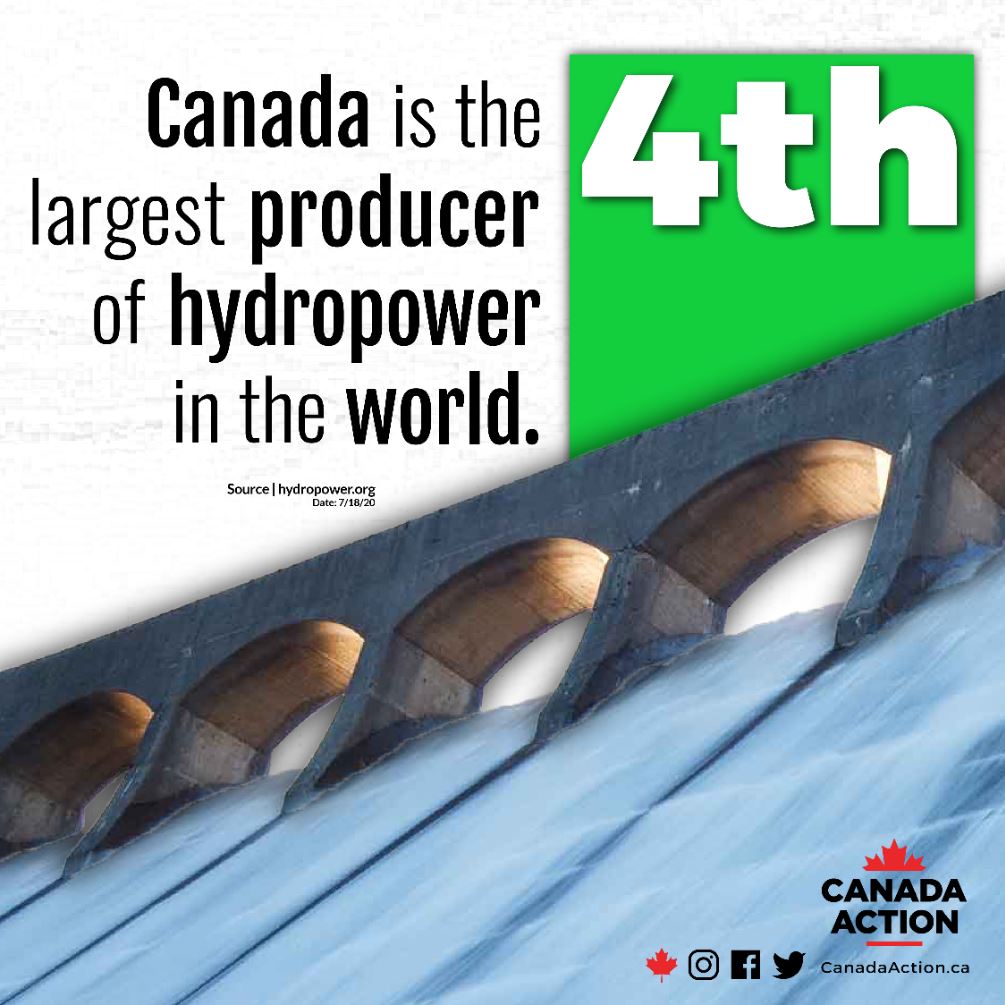 Globally, Canada is the…

Canada is also global leader in clean tech and innovation, ranking 2nd on the Global Cleantech Innovation Index 2021 with 11 out of 100 companies named to the list. To add, both the private and public sector are investing significant resources into exploring the use of geothermal and hydrogen as new sources of renewable energy. 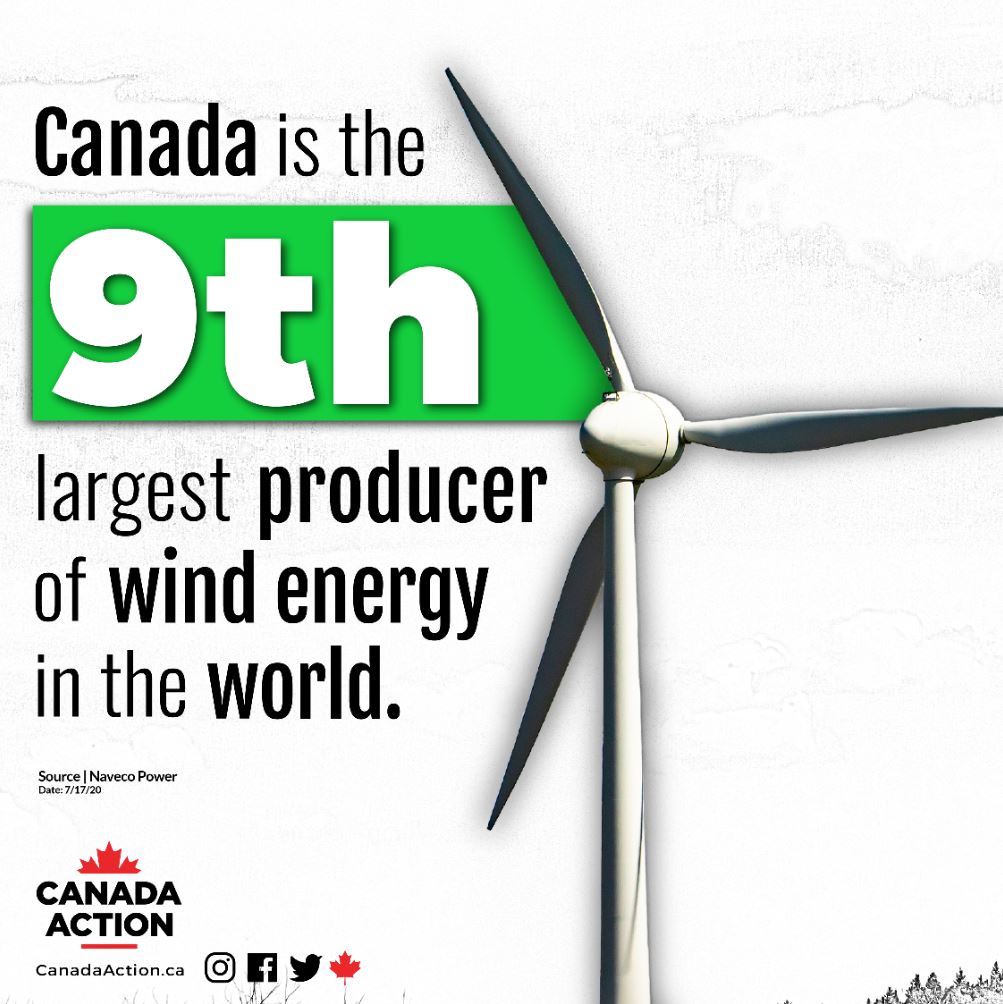 Also see these 75+ Canadian Renewable Energy Facts for even more examples of our nation’s global leadership on renewables today! 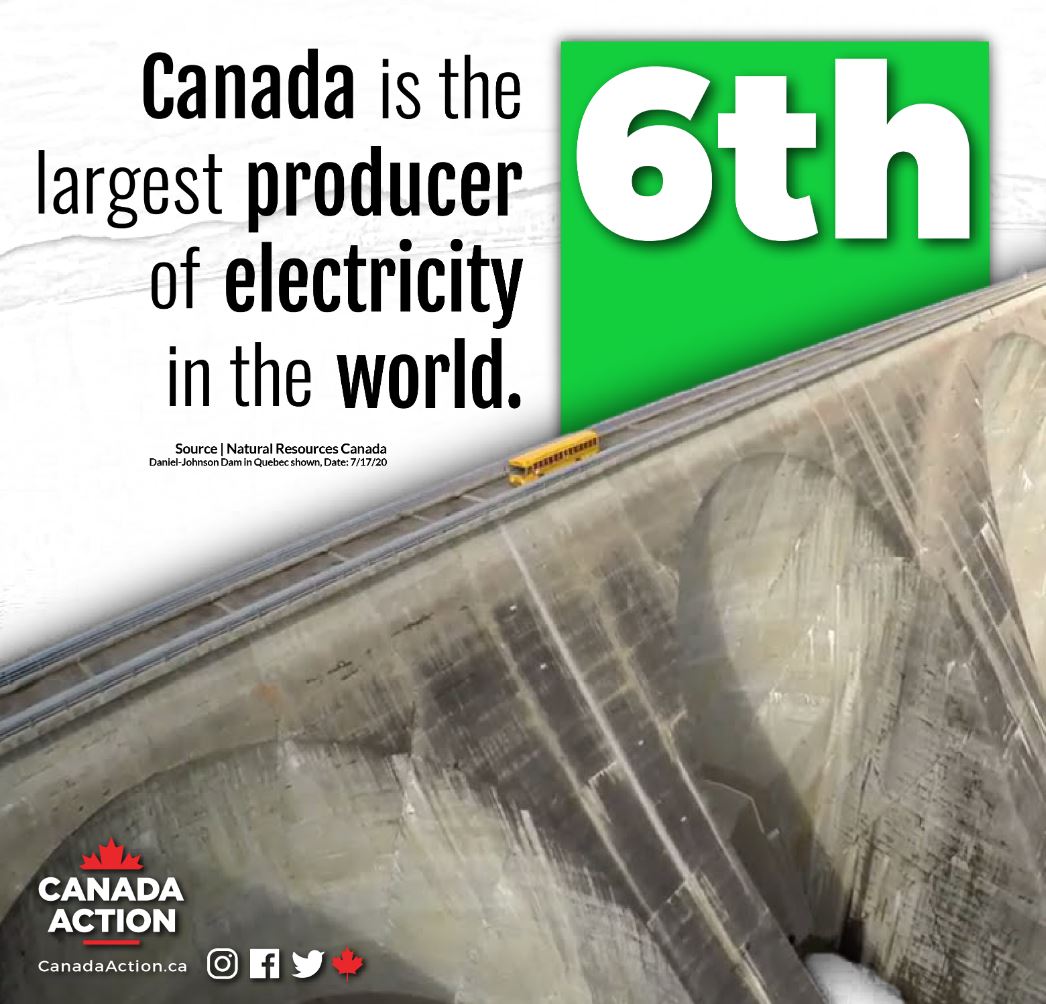 Canada’s vast renewable resources present an incredible opportunity to provide the world – namely North America – with more renewably produced energy. Canadian hydropower, for example, currently generates more than 81,000 megawatts (MW) of power, but with our nations’ vast network of lakes and rivers we could more than double that capacity in the years to come.

Expanding our network of renewable energy capacity in Canada could help displace more GHG-intensive forms of electricity generation both here at home and in the U.S., while also rising to meet growing North American demand for power generation.

The world needs more Canadian energy; as one of the world’s most transparent, regulated and environmentally conscious energy producers, we should be a global supplier of choice for all forms of energy!

Canada’s global leadership in clean tech and renewables means that we have a key part to play in the energy transition to a lower carbon future. Whether it be building large scale wind, solar and hydro projects, or developing new and innovative technologies to drive down carbon emission intensities for large emitters, Canada has proven time-and-time again that our nation takes climate action seriously.

The truth is that the world will need all forms of energy for many years to come. Renewables – being the fastest growing source of electricity production in Canada over the past decade – have a major part to play in our future energy mix. It’s critical that we support all Canadian workers in the energy sector as it is their ingenious and innovative ideas that have made our nation a global leader in environmentally responsible energy production.