When you think of Alberta’s forestry sector, the high treed slopes of the Rocky Mountains and the low-lying prairies likely come to mind. Wait, why the prairies though? Surely not many Canadians think about forestry in Alberta as a prominent provincial industry?

That makes sense. Large plots of farmer’s lands or oil sands are a more likely and appropriate connecting visual image to the thought of Alberta industry than the expansive forests across much of the west and northern parts of the province are.

But whether you’re surprised or not, Alberta’s forestry sector is alive and well, and year-over-year has seen employment grow by more than a thousand jobs. Also see: 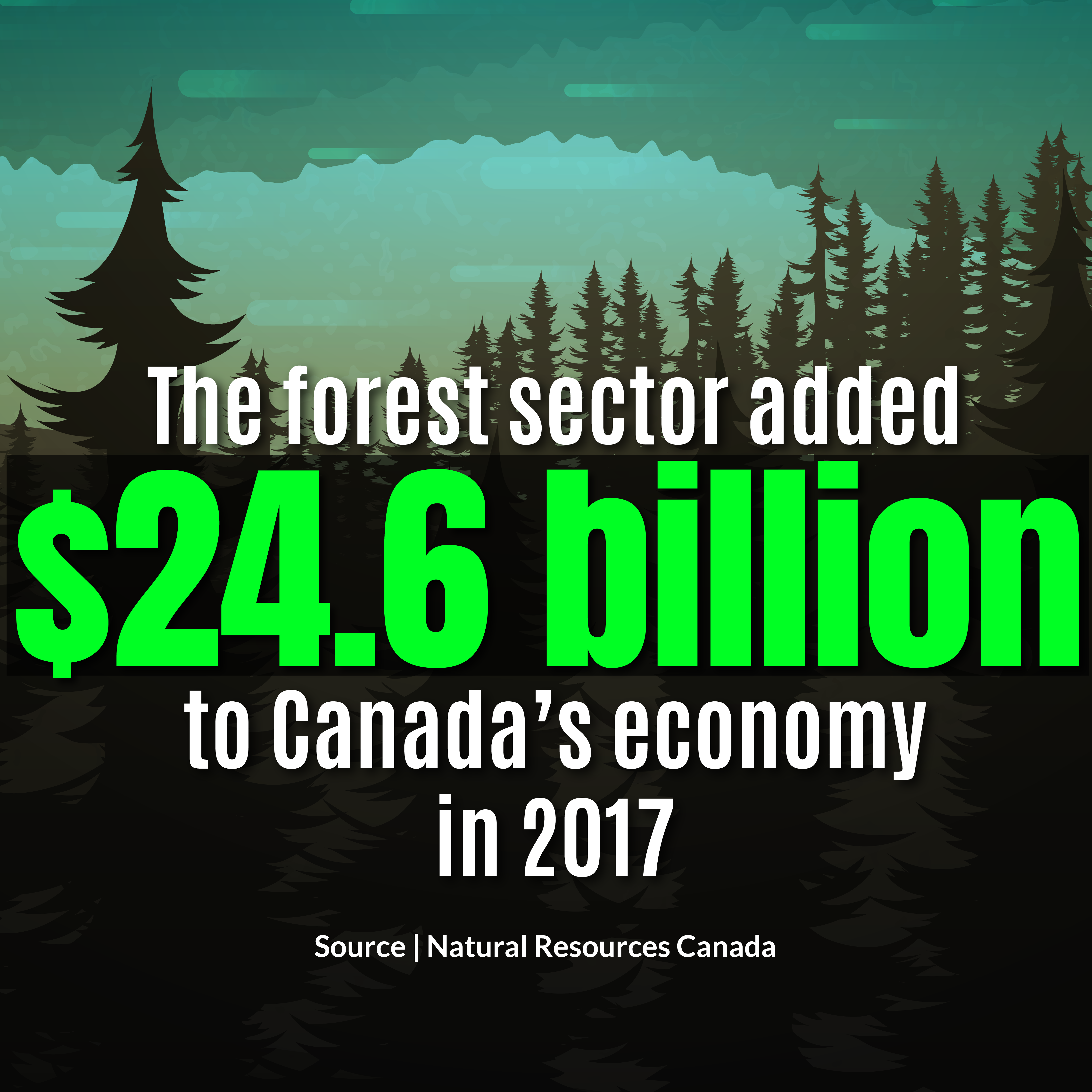 Did you know that over 60% of Alberta’s land surface area is forested? These forests provide many social, economic and environmental benefits for many Albertans across the province.

Today, Alberta’s share of the national forest industry and forest product sector sits at just under 10%, with the top provincial contributors being: 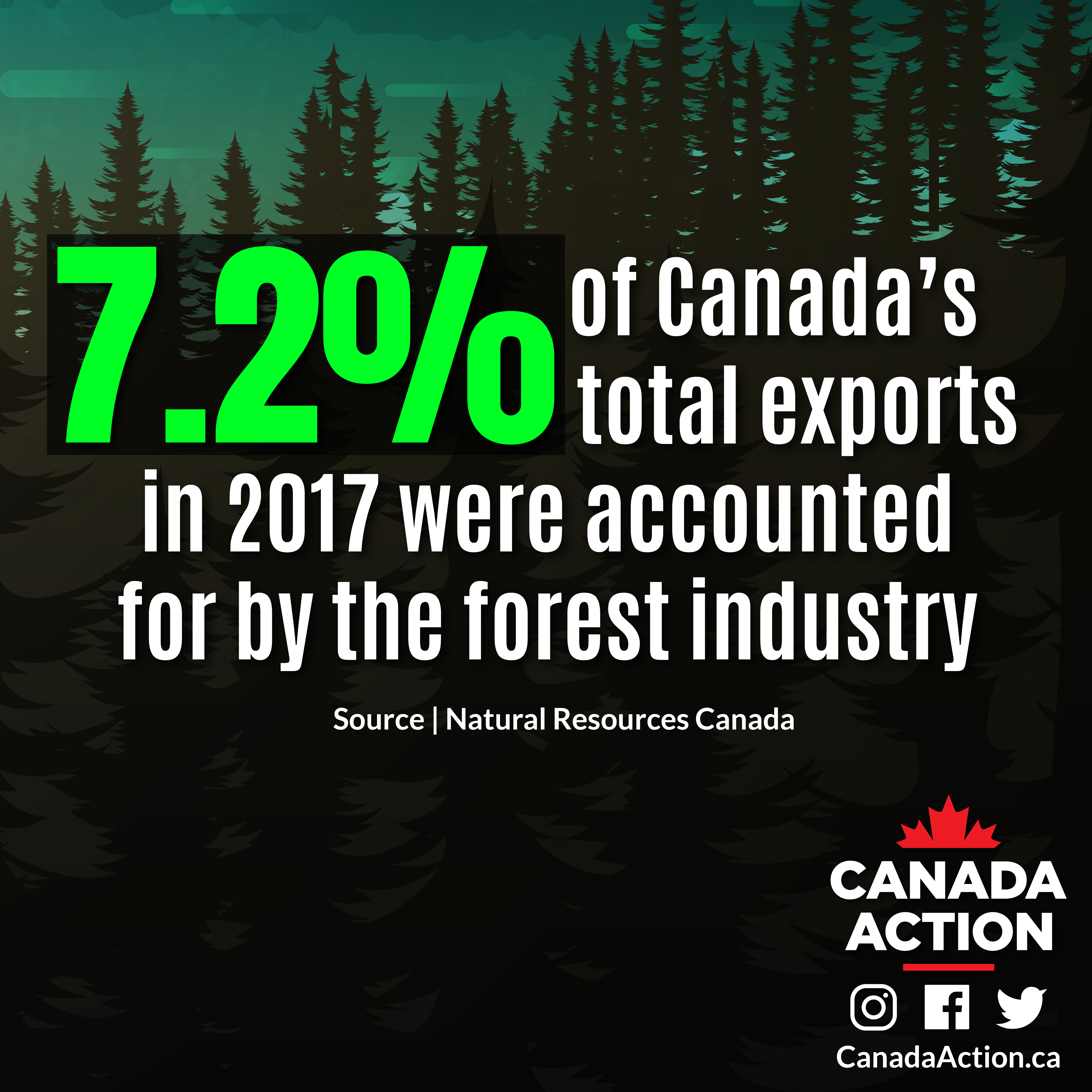 In terms of total contribution, the forestry sector is dwarfed by other major industries but nevertheless is still important to the province. It currently accounts for about 0.7% of AB's total output and about $2.2 billion in real GDP in 2018.

Approximately $4.1 billion in forestry and forest product exports were made by Alberta’s forestry industry to international customers that same year: 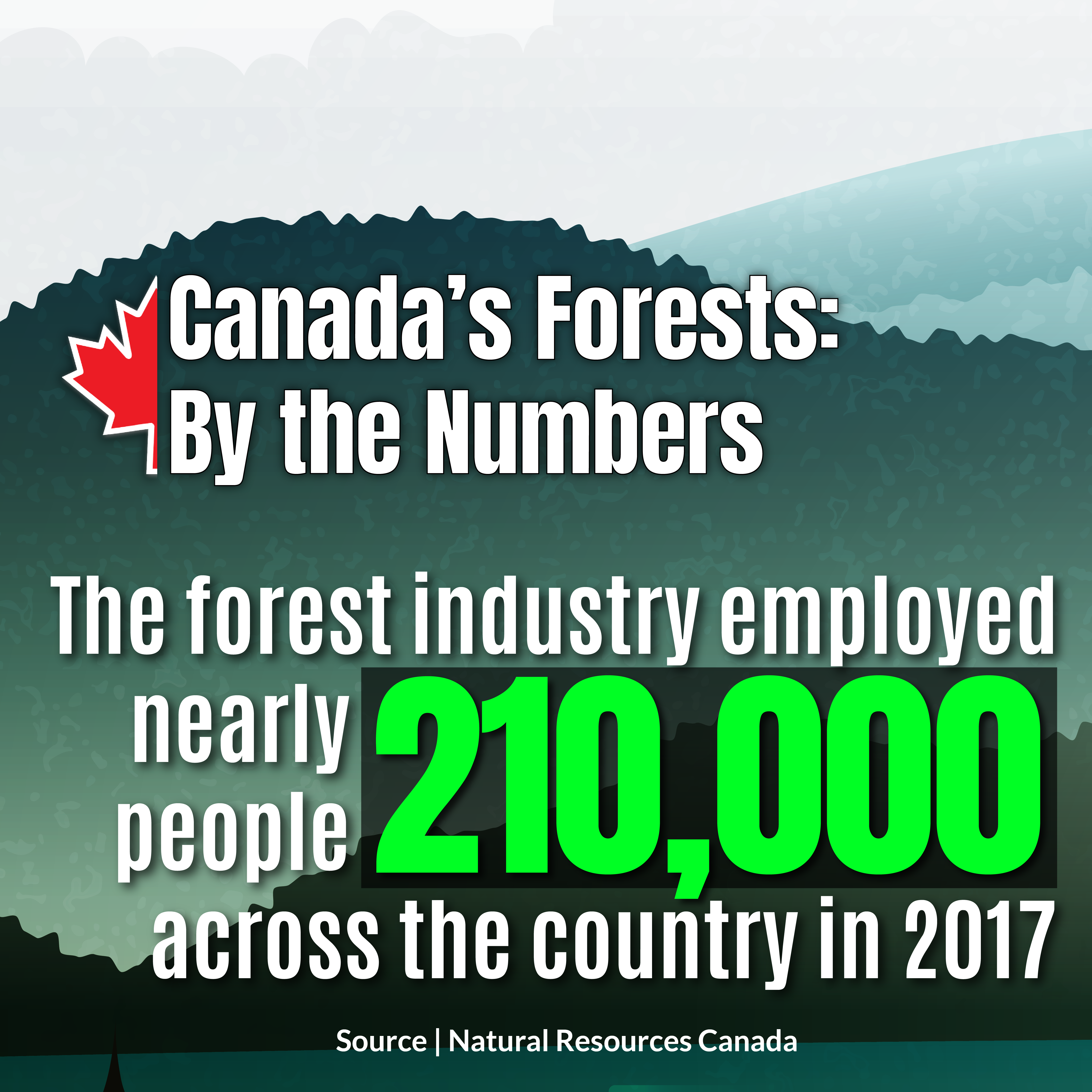 The importance of the forestry sector in Alberta is highlighted further by the latest employment figures. In 2018, approximately 18,900 Albertans were employed by the industry / product sector:

> 27% worked in forestry and logging, or provided support services to it

This is up from roughly 16,100 people in 2017, and doesn’t include the tens of thousands of other jobs around the province which are supported by the sector.

The Alberta Government predicts that between 2018 – 2021, the forestry sector will also see further employment growth at a rate of 0.8% per annum.

Forecast to grow, the forest industry may just pick up some workers from other not-so-fortunate industries in the province of Alberta as of late.

Currently there are tens of thousands of unemployed oil and gas workers in Alberta as their sector continues to see weak growth prospects, decreasing investment, and the redomiciling of Canadian companies to the United States.

It's time we start supporting our sectors and the people that work in them who have given so much to our country.

If you support the safe and responsible production of natural resources in Canada - whether it be forest products, energy products, aquaculture products or something else - we invite you to join us today!