“Supporter Spotlight” features Canadians with a passion for Canada’s Natural Resource sector.  Our spotlight this month is Susan Mulkey from the British Columbia Community Forest Association. Susan talks to us about the importance of forestry for our communities, economy and environment. 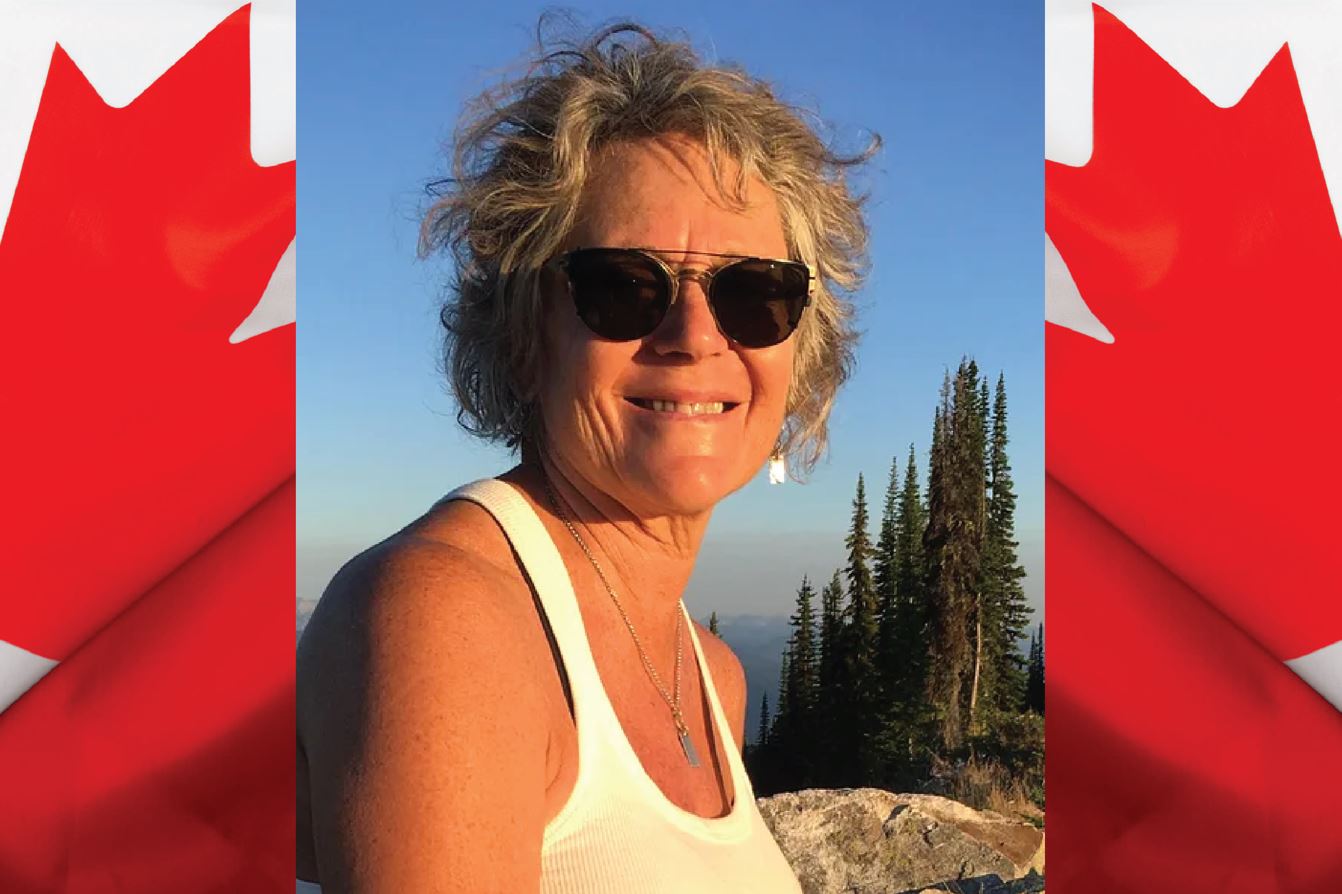 Canada Action: Susan, thank you so much for taking the time today. You have a background in social work and mediation and you were a tree planter for six years. In the early 1990s you became the assistant mediator with the Commission on Resources and the Environment (CORE) West Kootenay Land Use Planning table and you decided to focus on forestry and communities. In 1996 you facilitated the formation of the Kaslo and District Community Forest, and the awarding of a 15-year volume based tenure to a non-profit society, which migrated to a long term Community Forest Association in 2008. You participated in the creation of the BC Community Forest Association in 2002. What was it that made you make the jump into community forestry?

Susan: Well I grew up in Los Angeles and came to Southeastern BC when I was just 20. I came here because I was part of that back to the land movement and I really wanted to be close to land. I held all of those values in my heart and once I got to the Kootenays I knew I was home. To be able to work with people using the skills of facilitation and mediation that I had learned in working with kids and families, and to translate those skills into the realm of community-based, multi-sectoral discussions around land use and forest management just made my heart swell. I never wanted to go back to working with kids and families. I have since carved a niche out for myself in community forestry governance. All of our members have a community-based board and then there's lots to consider about that relationship between the shareholders, the board and management and the community. And that's my niche. I don't have a forestry background. I’m familiar with a lot of it but I'm not a technical forester. My part is the social forestry aspect and I feel so fortunate to do what I love.

Canada Action: Let’s talk about the British Columbia Community Forest Association The BCCFA is a grassroots, non-profit organization with a mandate to serve as the voice and advocate for community forestry in BC. What is the difference between community forestry and industrial forestry?

Susan: Ownership. Who holds the tenure? In community forestry it's the people who live nearby the forest land base. So instead of corporate ownership and values, the values and priorities for forest management are driven by the local community. We have lots of First Nation and non-Indigenous community partnerships where the local government and the First Nation have partnered to manage the land surrounding the community. And when a community manages it, it's a really different approach. It's not always about making money. Of course you have to be fiscally responsible; bottom line is you have to keep the doors open and not run into the red. But it's not the only priority. Watersheds, wildfire mitigation - which is a big program for us - climate change, recreation... Here in Kaslo there's a huge mountain biking network on our community Forest.  Stand downtown in Kaslo and look up on the mountainside and what you see is the community Forest. There's a lot of Tourism in this town so education is a big part of it.

Canada Action: While 81,4% of Canada's population is concentrated in urban areas,  many Canadians live in rural, often remote, resource-based communities. Their contribution to the economy is significant, although frequently underestimated. According to the last census (2016), over 23 million Canadians live in or near forests and approximately 300 communities rely on the forest sector for their livelihood. How important is community forestry for these communities when it comes to economic development?

Susan: You know, most community forests are small. It's not a silver bullet but what it can do is leverage opportunities for all those things I talked about. I have community forestry that does not prioritize economic gain but they may have invested in a local mill that uses the top 20% of their harvest!

Canada Action: So the goal may not be economically driven, but it ends up doing great things for the community; everyone benefits from it in the end.

Susan: Yes! And if you look back to the history of community forestry globally, you can take Nepal as a really perfect example, where a centralized government saw that the hillsides have been degraded, clear cut and so they’re having lots of landslides and water issues not unlike is happening in the Lower Mainland in British Columbia right now. And so in their wisdom they said how are we going to reclaim this degraded land and they knew that the part of their population that cares the most about land stewardship was the local community. So they created all these community forestry groups and it's just phenomenal what these people do with it. It's even a poverty alleviation tool there because they grow crops in the forest and maybe an NGO has come in and helped them create a product to sell like handmade paper here in British Columbia.

Susan: Absolutely. 100%. 150 %! It's a tool in government’s tool kit to achieve a number of their objectives. Within the reconciliation piece I've got a community forest where the municipal government, the local government and the First Nations government didn't do anything together. But when government invited them to work together on a community forest, it's a small thing, but it's a game-changer. They’re in the same room, they have equal power, they're working towards the same goal. There’s a lot to be learned and they have to listen and be tolerant and patient of different levels of capacity or cultural differences. But some communities are just doing amazing things.

Canada Action: We live in a time where taking care of the environment is more important than ever. ESG (Environmental Social Governance) metrics are scrutinized and it is important that we keep striving to reduce our carbon footprint. Canada adheres to stringent environmental laws when it comes to natural resource extraction. How does the forestry community ensure that we are at the top of our game environmentally wise?

Susan: The only way we make money is by harvesting trees. But all of that material that comes off the tree, the branches, the tops and the butts… they don't all go to the mill. So there is a huge push in British Columbia to utilize all parts. We used to use beehive burners and that's a terrible thing for the environment. But we have some government programs combined with community forests putting their own money to enhance utilization so there's less slash burning while at the same time we're using prescribed fire to reduce the risk of catastrophic wildfire. So there’s push-pull there.

Canada Action: What are some of the challenges forestry faces in the next 5-10 years? What does the future of community forestry look like?

Susan: Well I'm only familiar with the British Columbia context and perspective. This government is going to be in for 4 years and they're going to change the face of forestry. It's going to be smaller operations, it will be more indigenous and community-based forest management. One of the directors in the ministry of forests called community forestry the Golden Child. This is the type of forestry that this government would like to see done as opposed to Industrial. I think that with climate change, we’ve had incredible heat, we had outrageous fires and now we have huge atmospheric rivers. I never even heard of that term until 2 weeks ago. We have to invest in preventive measures. I recently heard on the radio that for every dollar that we invest in prevention or mitigation, we save in actual action after a catastrophic event. Six dollars to one. That’s huge. This government gave us 5 million dollars to invest in 15 communities and 44 projects for wildfire risk mitigation and you have to do it again in 10 years because forest grows back. And my question is how are we going to afford all of this?

Canada Action: Why do you think all Canadians should care about Canadian natural resource development?  Is there any kind of message that you want to tell Canadians reading this?

Susan: I want them to know that community forestry is different. That there is a way for us to achieve multiple values around rural communities that supports rural communities, that supports indigenous communities, ecosystem resiliency as well as jobs and watersheds. I would also say that our government wants to move more away from corporate forestry and into more of this type of forestry. I think we have 203 first nations, the majority with unresolved treaties. So they have to do something.

Canada Action: Do you think that industrial and community forestry can work together in partnership?

Susan: Absolutely! 80% of community forest logs go to the majors. Pulp mills, pellet mills... You know it's not all that high-end, cream of the crop like the community forest that has a little mill that employs 12 people. It has to be a partnership. But I think there needs to be a triple bottom line instead of just an economic one.

Canada Action: Susan, it’s been a pleasure. Thank you so much for your time today.

This interview has been edited for length and clarity.

Do you know someone who works hard for Canada’s Natural Resource sector and should be featured in our “Supporter Spotlight” segment? Tag us @canadaaction with the hashtag #inthespotlight with your nominees! 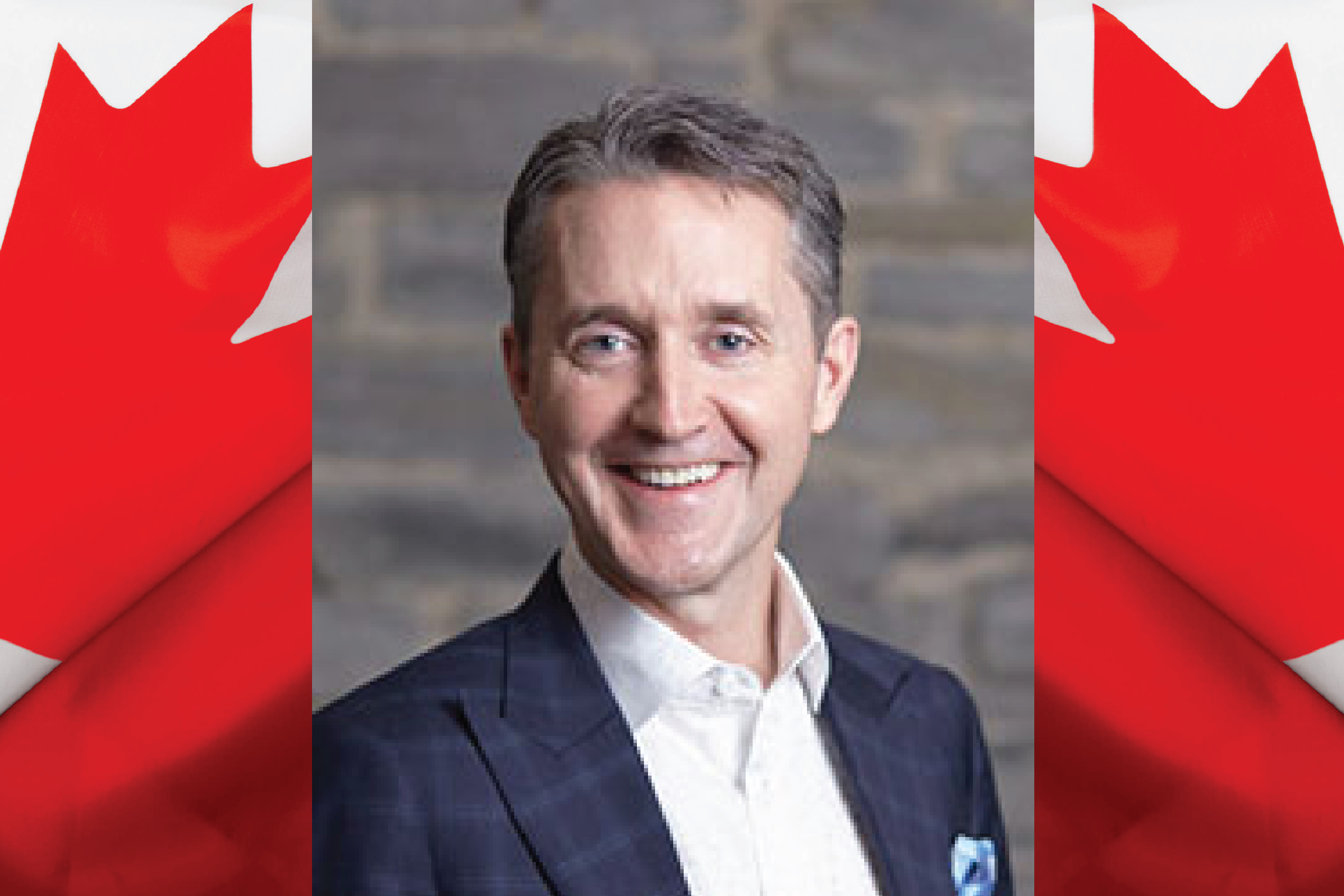 “Supporter Spotlight” features Canadians with a passion for Canada’s Natural Resource sector.  Our spotlight this month is Trent Mell, President and CEO of First Cobalt, a Canadian-based Cobalt company. Trent talks to us about the electric vehicle revolution and the importance... 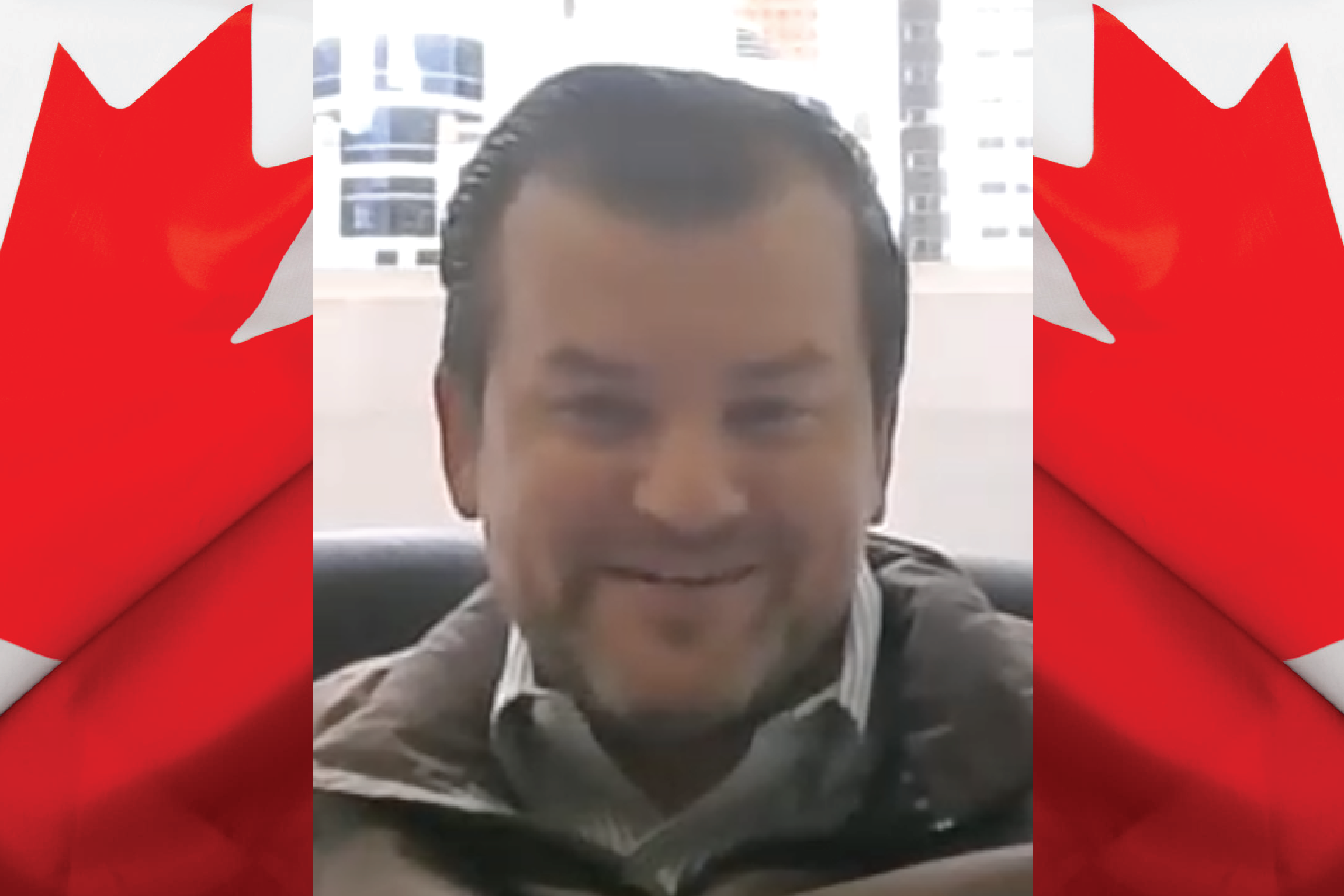 “Supporter Spotlight” features Canadians with a passion for Canada’s Natural Resource sector.  Our spotlight this month is Jacob McKinnon, President and COO of Juno Corp an exploration mining company in Northern Ontario. Jacob talks to us about the importance of mining for our... 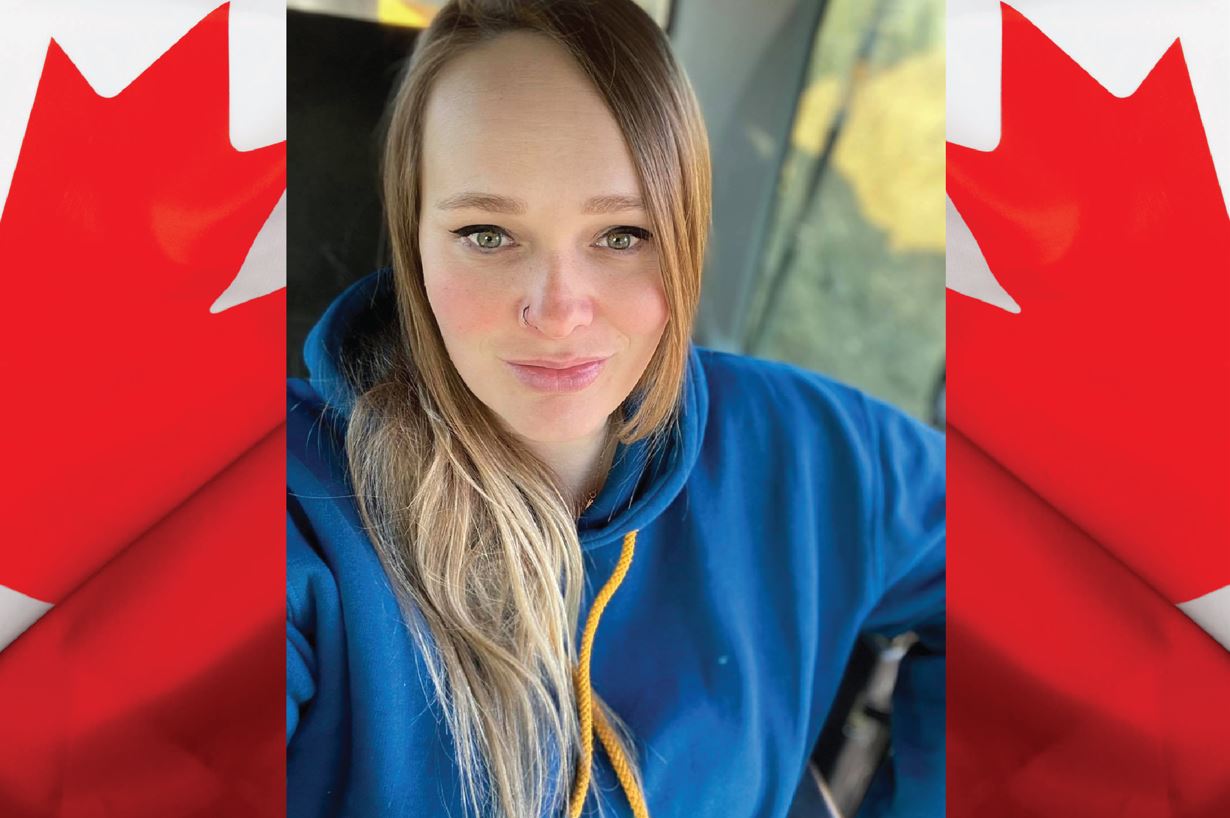 “Supporter Spotlight” features Canadians with a passion for Canada’s Natural Resource sector. Our spotlight this month is Monica Beets, Gold Miner and Canadian reality television personality on Discovery Channel’s “Gold Rush." Monica talks to us about her life as a gold miner ...