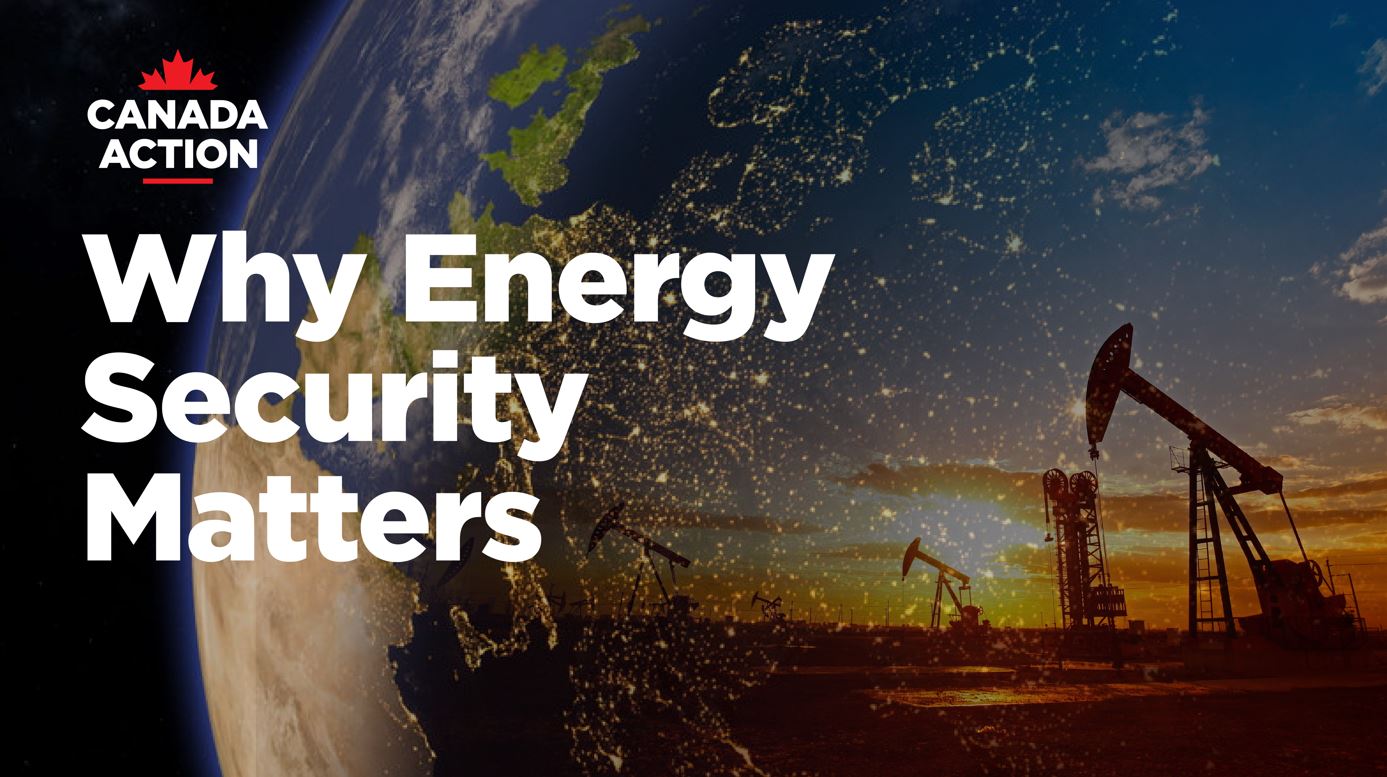 The energy transition to a lower-carbon future is a serious and reasonable goal, but energy security – and the recent geopolitical events highlighting its importance – must not be forgotten in the process, according to a new white paper by the Macdonald-Laurier Institute.

Written by Ron Wallace and Jack Mintz (credentials below), the authors evaluate the efforts of Western governments to reduce greenhouse gas (GHGs) emissions by curtailing fossil fuel use while turning to renewable energy as a substitute.

Also brought into the limelight are the unintended consequences of energy transition policies seen in Europe and North America that have seemingly undermined economic, energy and national security to varying degrees. Global power outages, energy shortages and geopolitical instability over the past few years are all indicative of a transition that is moving too fast, according to the authors.

Wallace and Mintz discuss in-depth the essential role of energy in today’s economic systems and the integral part it plays in regional security. While investors have been focussing solely on the ‘E’ in Environmental, Social and Governance (ESG) indicators (i.e. GHG emissions), the authors remind us of how important it is to not forget about the ‘S’ and the ‘G’ in ESG.

Please note that we highly recommend you read the full white paper yourself. Few other documents explain the current global energy security conundrum so eloquently.

Click the link below to read the FULL document: The global energy transition confronts East vs West realpolitik – Why energy security matters. 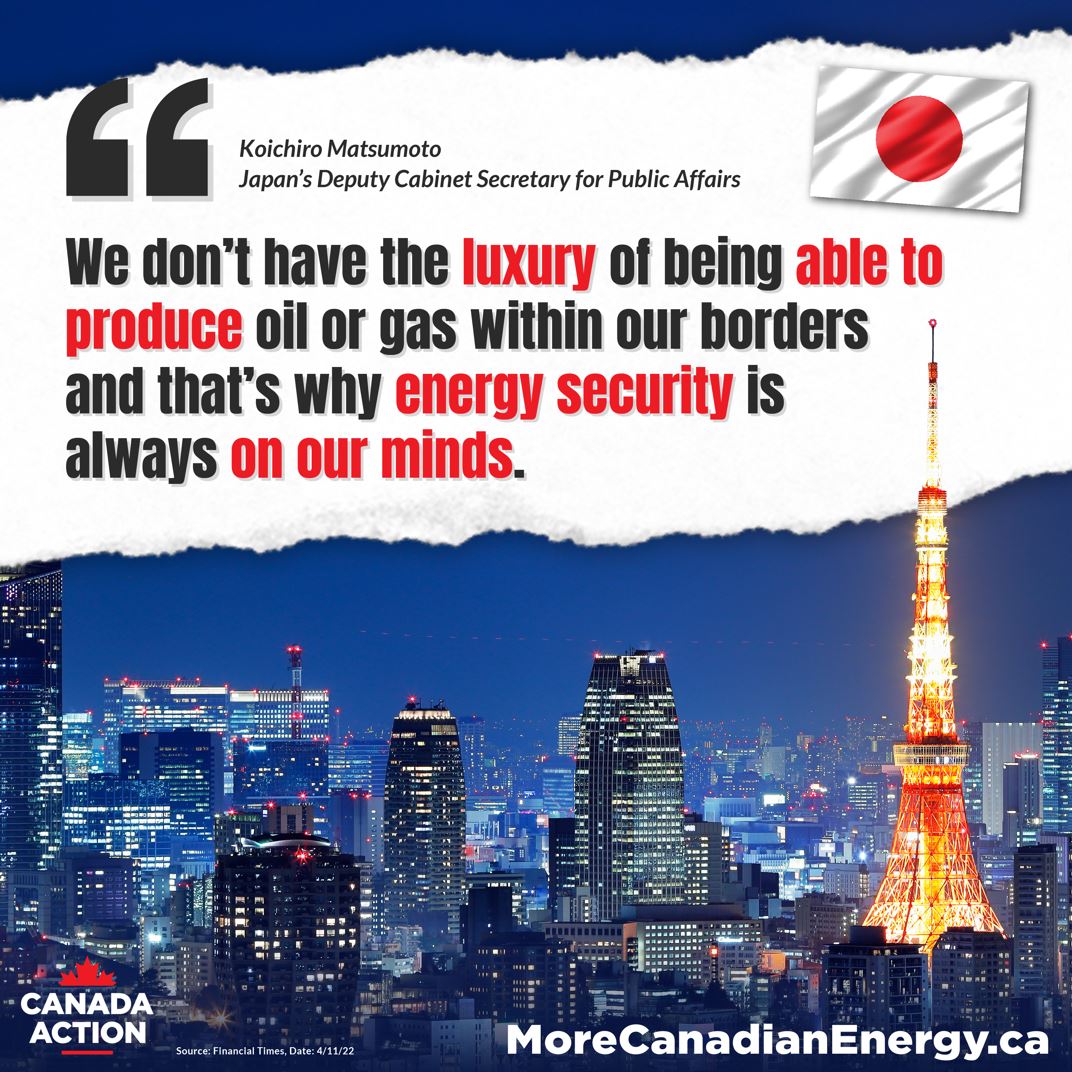 “Actions to limit or abolish carbon emissions assume that energy transitions are straightforward, even inevitable, and that alternative energy solutions can provide practical, adequate, sustained, and secure energy supplies. But that is not the case. It is becoming abundantly clear that such policies, as practised in Germany to achieve climate-driven objectives for net zero carbon emissions, has delivered European energy security into the hands of Russia.”

“Discouraging Western investment in fossil fuels, which results in supplies being depleted at rates faster than can be reasonably and economically replaced with alternative sources of power, will lead to market instabilities, power interruptions, and continued price escalations. It will disproportionally affect the world’s poorest people and slow the economic modernization that brings with it less pollution. It will also reward producers outside of North America with enormous windfalls. As such, attempted “transitions” to “net zero” may be anything but orderly.”

“At a time of accelerating post-COVID demands for fossil fuels, it might be wise to step back and carefully consider the material economic, social, and security risks emerging from well-intentioned but largely unexamined “transitional” policies for energy. Until such time as the world finds the right balance between new energy sources and fossil fuels, energy markets are likely to experience not just shortages but wide supply and price swings from unintended, and unforeseen, developments.”

“Western governments concerned with climate policies appear blind to the fundamental, strategic considerations of global energy: economics and security of supply. The developing divergence in approaches to energy production and transportation between East and West may be the single most worrying factor affecting global peace…”

“Whether this shift away from hydrocarbons to other renewable energy forms by 2050 is achievable without serious economic and strategic dislocations has yet to be seen. However, early signs, especially from the European Union, are not encouraging.”

P6 - Challenging Nature of the Transition

“We suggest that the challenges that Yergin alludes to in any energy transition will be not just technological; they will involve economic, political, and security considerations. We also think that the transition will be far more difficult to achieve than most political leaders presently comprehend – or are willing to admit.” 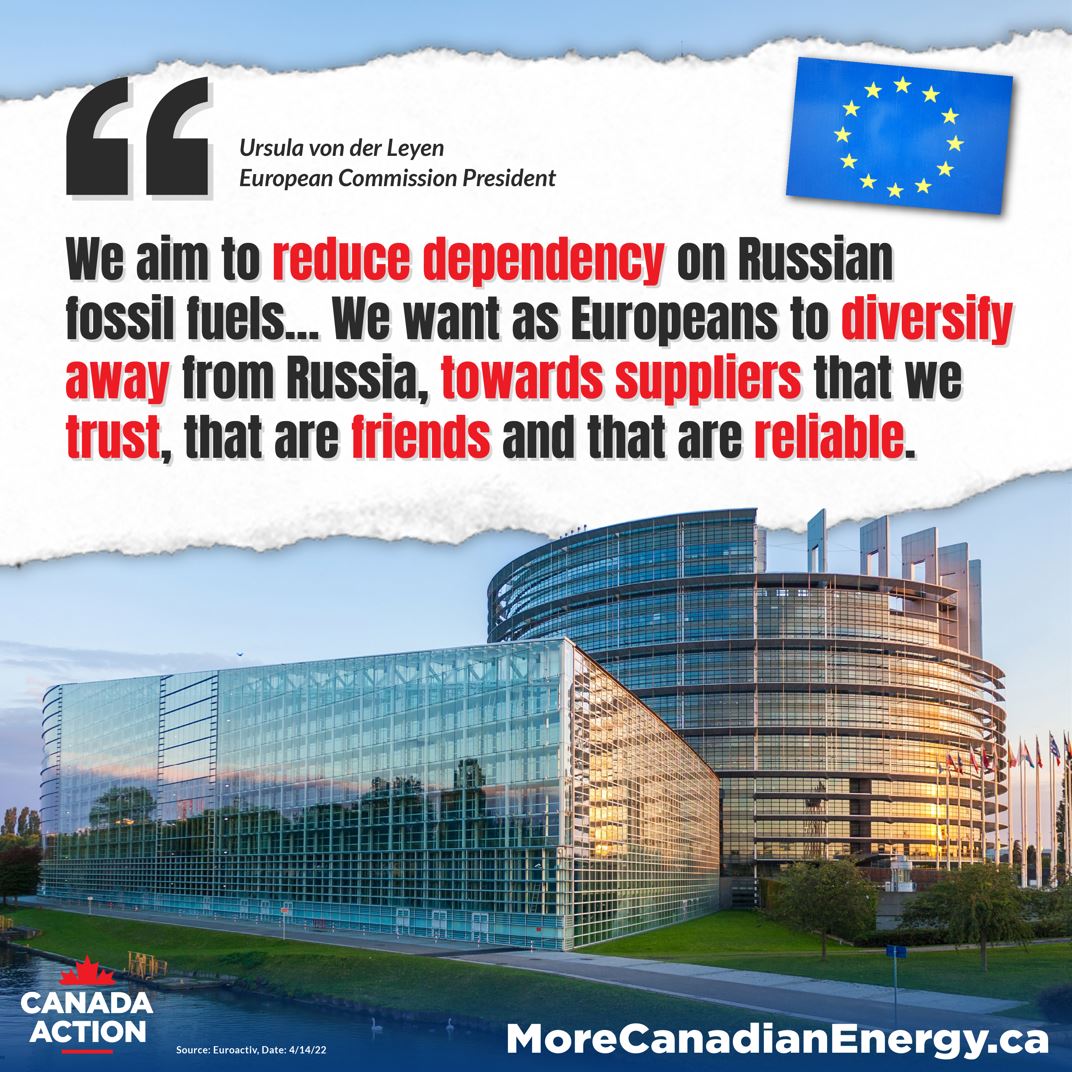 “The West, appealing for ever-more drastic reductions in hydrocarbon use, may in fact be becoming increasingly separated from the ideals of less-developed countries who are redoubling their efforts for economic expansion using coal, gas, and oil. While the US and the EU see climate not just as an “existential” challenge but as a moral imperative, China, Russia, and India, for example, face much more immediate challenges as their economies struggle with pandemics, growth, and inequities that contribute to social and political instability.”

“While the debates on acceptable definitions of what constitutes “sustainable” swirl through European regulatory corridors, surging energy costs have pushed up food prices and reduced production from EU fertilizer manufacturers, which will have consequences for food security in the developing world. Facing these realities, EU president Ursula von der Leyen has reconsidered objectives for sole European dependence on renewable power, noting that “we also need a stable source, nuclear, and during the transition, gas.”

“Addressing climate change is unquestionably a serious global challenge. However, strategic imbalances in vital fuels are another serious matter – a policy arena in which Russia has, with determination in the post-Soviet era, greatly strengthened its global position while the West pursues alternative energy
strategies.”

“Remarkably, these US policies to diminish reliance on fossil fuels have been paralleled by pleas from the US administration to OPEC–Plus for assistance in alleviating US fuel shortages and the consequent rising gasoline prices for American consumers. These contradictory policies provide examples of the complexities and difficulties that will be involved in the attainment of net zero emissions from hydrocarbons – and not just for the US and Canadian economies, but globally.”

“Expressing their desire for enhanced economic expansion, some major powers are showing a determination to forge ahead with expanded hydrocarbon production. Meanwhile, policies supporting decarbonization have been confounded by unexpected economic and political consequences stemming from the heightened tensions in all of Europe, not just in Ukraine.” 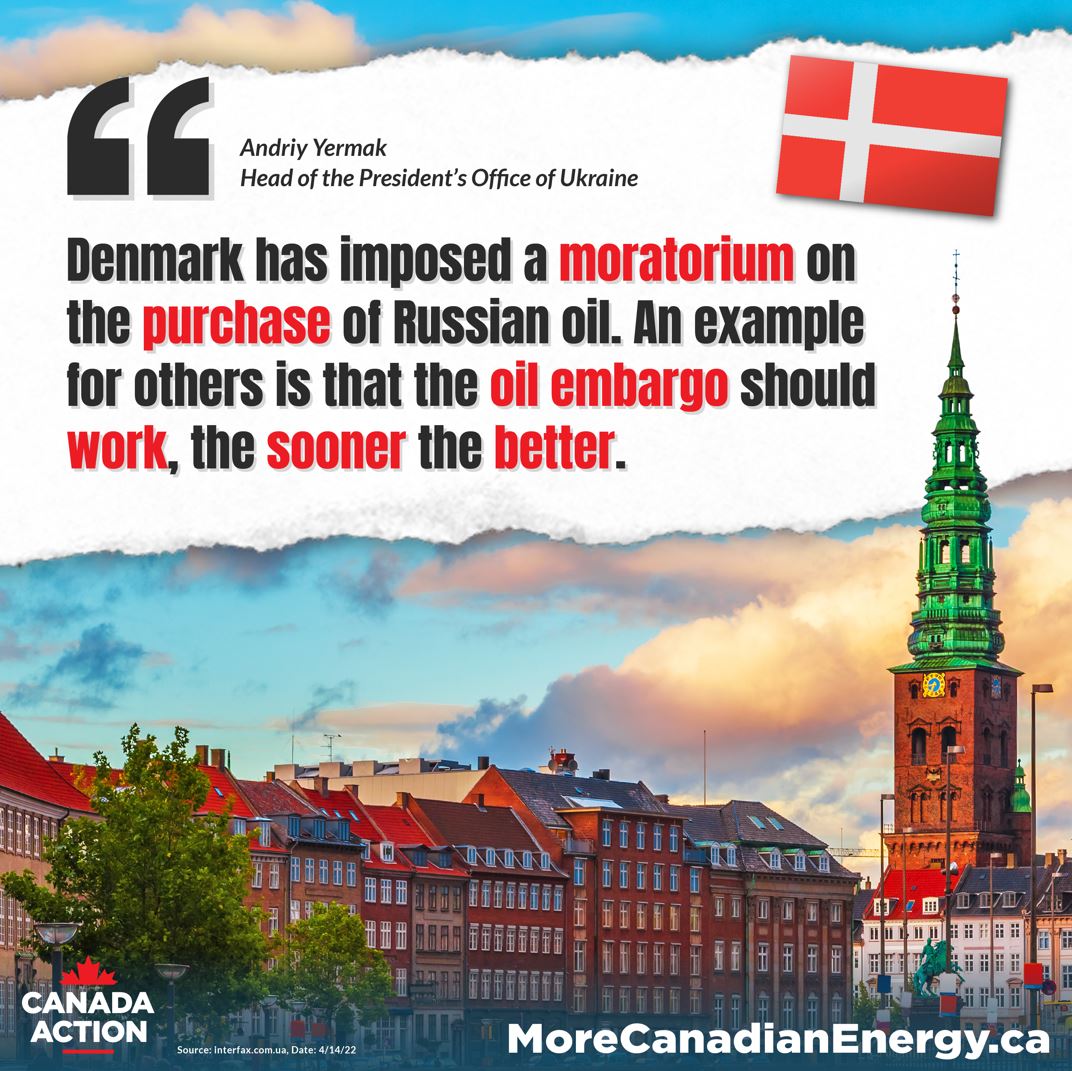 We are also home to one of the most transparent and regulated energy sectors that outperforms almost all other major oil and gas producing nations on ESG metrics. Amid the discussion surrounding global energy security, it’s also important to point out that we are also one of the most stable energy suppliers.

Our allies and trade partners in Europe and North America have nothing to lose by sourcing more energy from Canada. As a matter of fact, these countries have a lot to gain: more energy security coming from one of the most environmentally conscious allies they have!

The world needs more Canadian energy - so let’s give it to them!

Ron Wallace is a former CEO of a Canadian defence manufacturer and subsequently served on federal, provincial and territorial energy and environmental regulators, including the National Energy Board. He is a Fellow of the Canadian Global Affairs Institute and a Board member of the Canada West Foundation.

Jack M. Mintz, CM, is the President’s Fellow at the University of Calgary’s School of Public Policy and Distinguished Fellow, Macdonald-Laurier Institute. 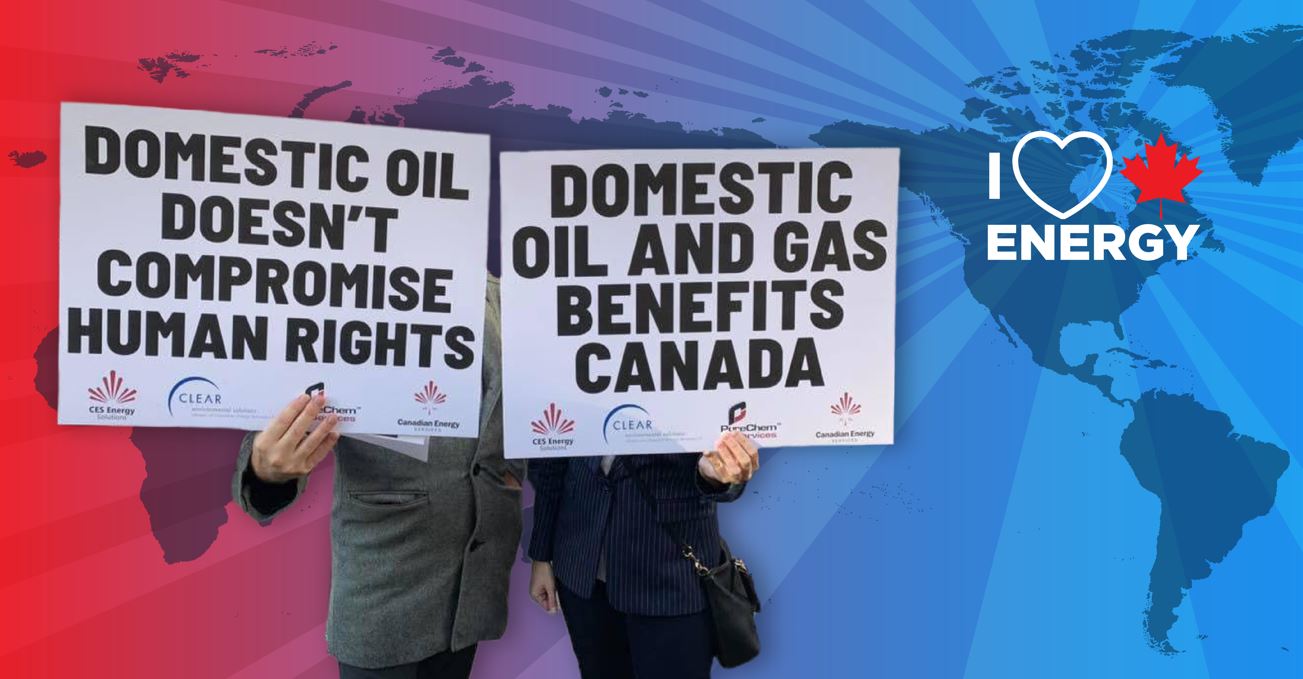 As the world looks on at events in Europe and energy shortages hit countries worldwide, policymakers are now taking a long, hard look at past choices they've made surrounding energy security and supply sources. Europe - currently spending as much as $1 billion a day importing... 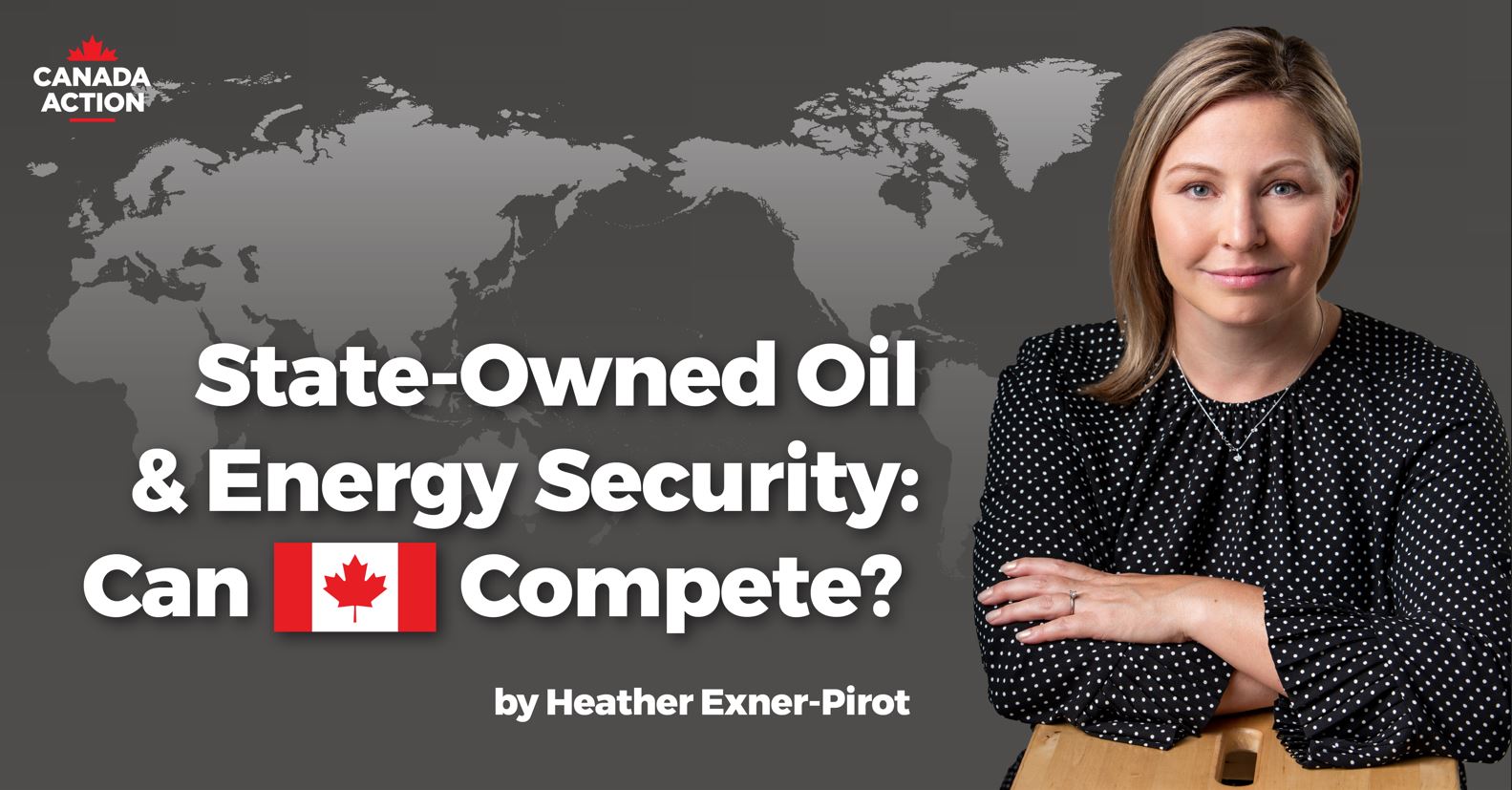 It used to be that the ‘seven sisters’ – the large private oil companies that today have been consolidated into BP, Chevron, ExxonMobil, and Shell – had monopolies on global oil production. Ahead of the 1973 oil crisis they controlled 85% of global oil reserves.But nationaliz...