Canada’s agriculture sector is a major part of the lives of many Canadians and their communities across the country. Not only does the sector feed us, but it adds massive value to the economy through billions of dollars worth of sales, exports and employment each year.

You’ll find many kinds of agricultural goods across Canada’s vast expanse. For example, highbush blueberries from British Columbia aren’t uncommon in grocery stores in Toronto. At the same time, you always see apples from Ontario on the shelves in Alberta. You’ll also find these products around the world as a result of trade with other nations.

When you take a look at the numbers, the importance of the agricultural industry becomes clear. For example, $110 billion is contributed by the sector to Canada’s gross domestic product (GDP) annually. That’s more than the entire national GDP of over 2/3rd’s of the world’s countries!

Here’s several other statistical facts on Canada’s agriculture sector that should give you an even better idea of just how important this industry is to our country. 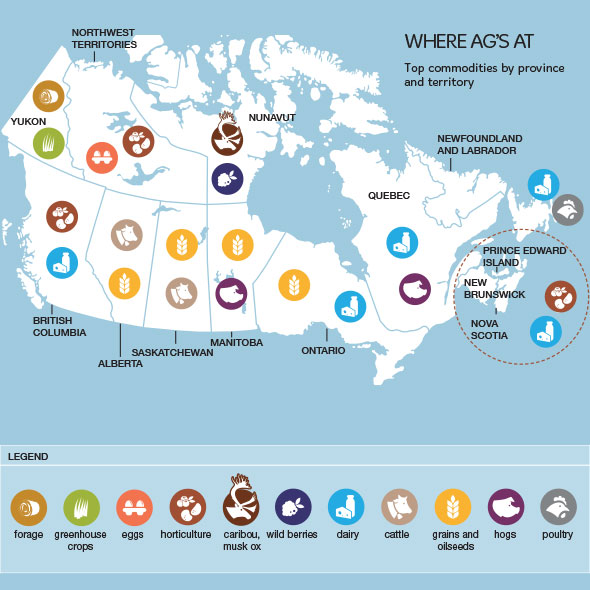 Fruits & Vegetables in Canada: By the Numbers

> Horticulture, including vegetable and fruit production, generates about $6.7 billion worth of Canada’s farm cash receipts annually

> In the 1600s, the first apple tree in Canada was planted in Annapolis Valley, Nova Scotia

> Over 17,000 hectares of land across Canada produce apples

> In total, more than 50 varieties of apples are grown across the country

> More than $37 million worth of apples are exported every year

> Canada produces so many apples, each Canadian could eat 10 kilograms of apples per year – or 100 apples per person

> Over 75,000 hectares of land across the country produce blueberries – that’s larger than the land mass of Toronto

> More than $477 million worth of blueberries were exported in 2018

> Canada is the 4th largest exporter of fresh mushrooms

> In 2017, about $1.7 billion worth of potatoes and potato products were exported from Canada – a 50% increase over the past 5 years

> More than $350 million worth of tomatoes are exported by Canada each year, most of which go to the USA

> Over 5.9 million square metres of tomatoes are harvested annually – about the size of 900 Canadian Football League fields

> The average Canadian consumes more than 80 tomatoes a year – about 8.2 kilograms worth

Grains & Seeds in Canada: By the Numbers

> On average, about 8 million hectares of canola is harvested by producers annually

> About 1.3 million hectares of corn crops are harvested annually – almost enough to cover the surface of Lake Ontario

> Over 10% of Canada’s total corn production is exported – around 1.4 billion kilograms each year

> Canada exports an average of $7 billion worth of wheat annually, much of which goes to the USA

> Over 153,000 hectares of mustard crops are harvested annually – over 8 times the size of Regina

Dairy Products in Canada: By the Numbers

> The average Canadian consumes 13 kilograms of cheese, 11 litres of yogurt, 5 litres of ice cream and 72 litres of milk annually

> Each year, the average dairy cow produces 8,000 litres of milk, enough to provide 110 Canadians with their average annual consumption

> About 1 million dairy cows are found throughout Canada

Livestock & Seafood in Canada: By the Numbers

> Canada is the world's 6th largest global exporter of beef in 2018, accounting for 4.58% of all world beef exports

> Over 10 million cattle of all types (bulls, beef cows, heifers, steers and calves) are found throughout Canada

Other Agricultural Products in Canada: By the Numbers

*Sourced from Natural Resources Canada, worldstopexports.com, worldatlas.com, beef2live.com - Note: some statistics above may not be current 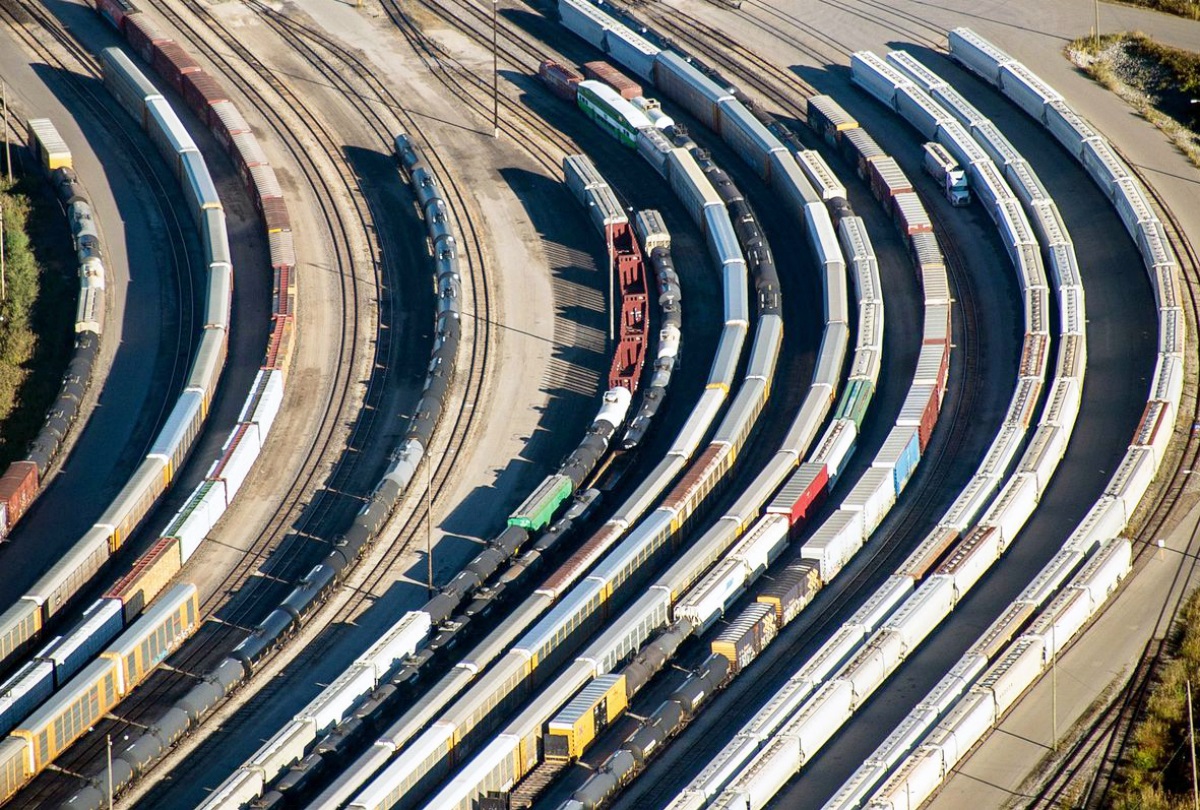 Did you know that Canada, one of the world’s top 10 oil exporters, ranked 6th out of 167 countries on the Economist Intelligence Unit’s Democracy Index 2018? First published in 2006, this index has set out each year since to measure the “state of democracy” in these countries...