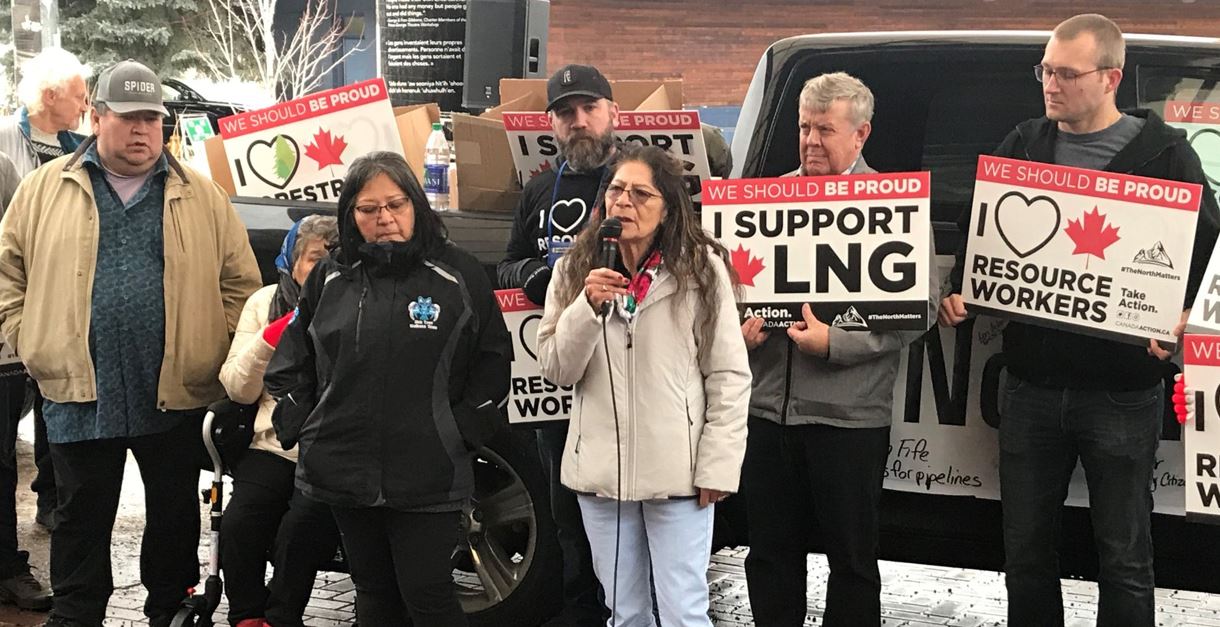 Do Indigenous Peoples in Canada support the Coastal GasLink (CGL) pipeline? Yes, they do, as indicated by the fact that all 20 elected councils of First Nations found along the pipeline’s right-of-way have signed benefit agreements with CGL and publicly stated their support for the project in one way or another. But with renewed attempts by “environmentalists” to amplify oppositional voices to the project, it’s critical we do the same for the proponents of Coastal GasLink to ensure that we hear both sides of the story.

Here are 20 quotes from 20 leaders part of Indigenous communities found along Coastal GasLink pipeline's right of way who support the project. Let's have a balanced conversation around natural resource development and Indigenous Peoples in Canada! Also see: 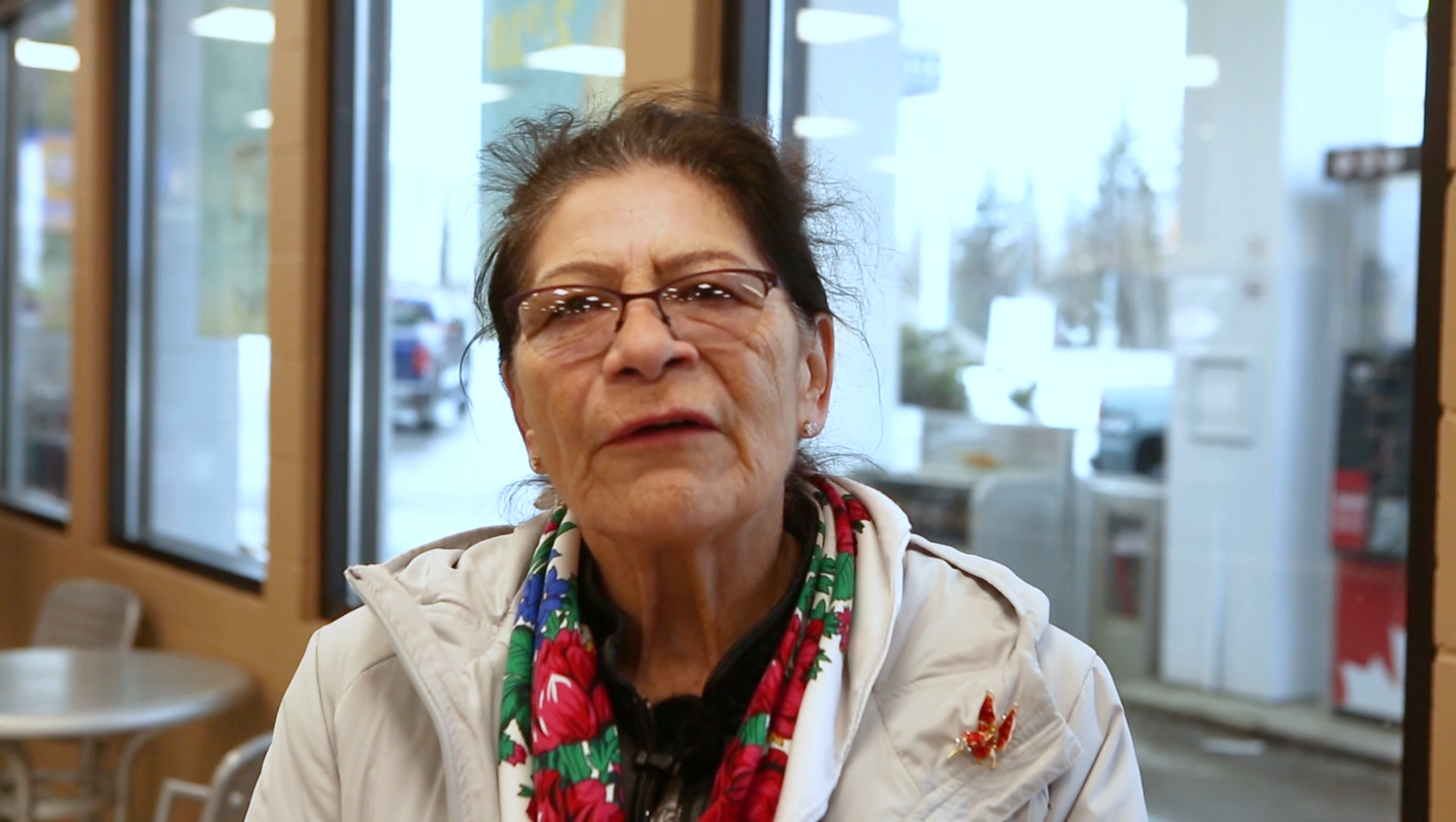 “I support the resources because like I said we had lots of consultation, we asked lots of questions, we walked the very ground where the LNG [project] was going to go.

We’ve had lots of consultation in the last 5 years or so, and we all discussed it: elders, our band, all our band members, we agreed. We all agreed, and I have hereditary chiefs too, and they all agreed.”

“We’ve always been in support of the pipeline. We voted together.

Lots to do with jobs, up-and-coming housing, people will be able to start their own companies. For years to come there will be a lot of benefits. 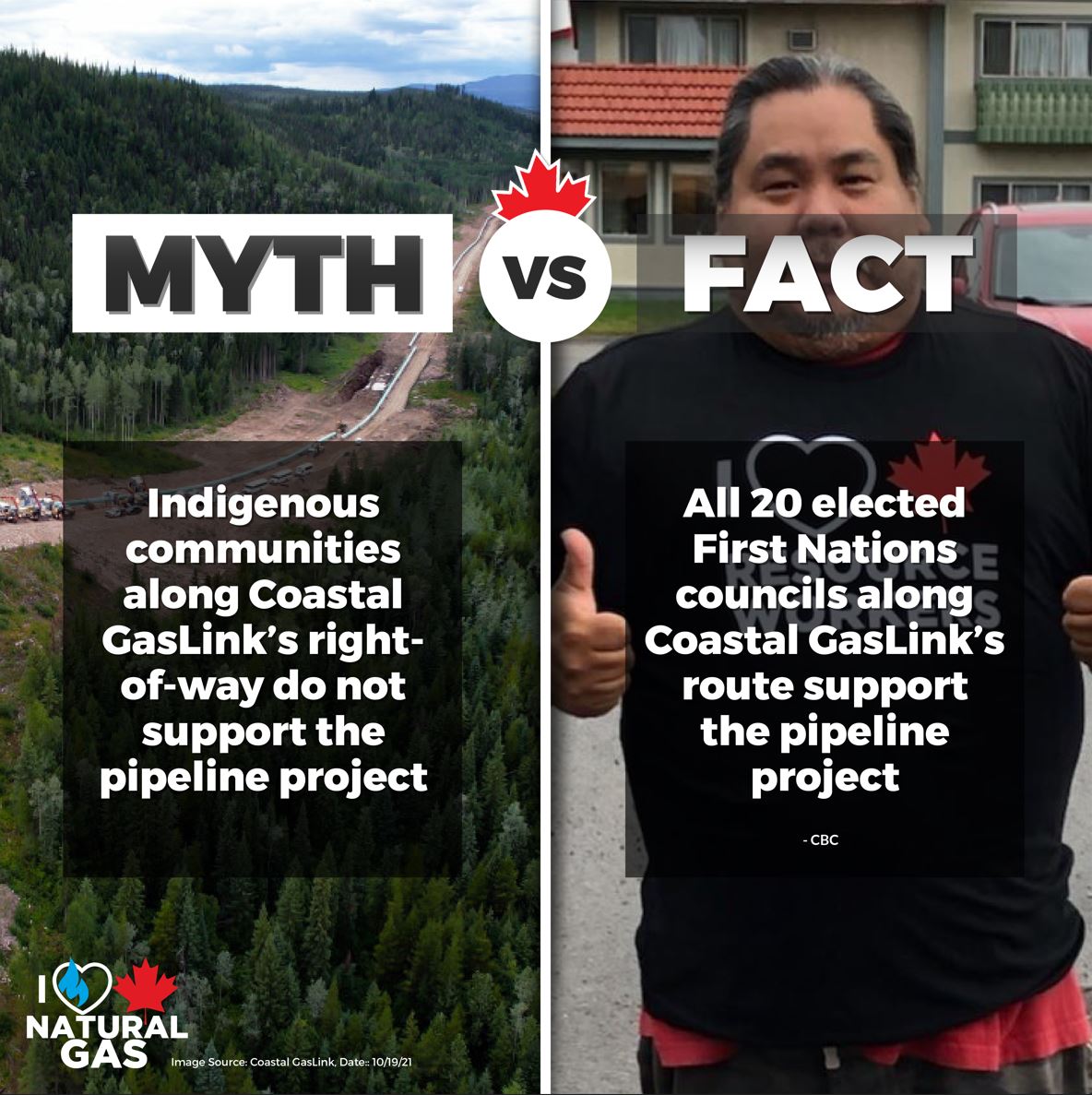 “The protesters get one side of the story, and they want to stand up with their fists in the air.

Come and listen to us. Get both sides of the story before you go out and stop traffic and stop the rail line. All you’re doing is alienating people who are trying to put a roof over their children’s heads and food on their table.

"There's quite a bit of support for this project. But people are afraid to speak up because, in the past few years, people that [have] spoken up were either ostracized … ridiculed, bullied, harassed, threatened, and being called a traitor — a sellout.

Even with me accepting [an] employment contract with Coastal GasLink, I was called a traitor and I was just totally, you know, bullied on social media and so on.

People are afraid to speak up.

There's a small group of members from the Wet'suwet'en Nation that doesn't support the [Coastal GasLink] projects." 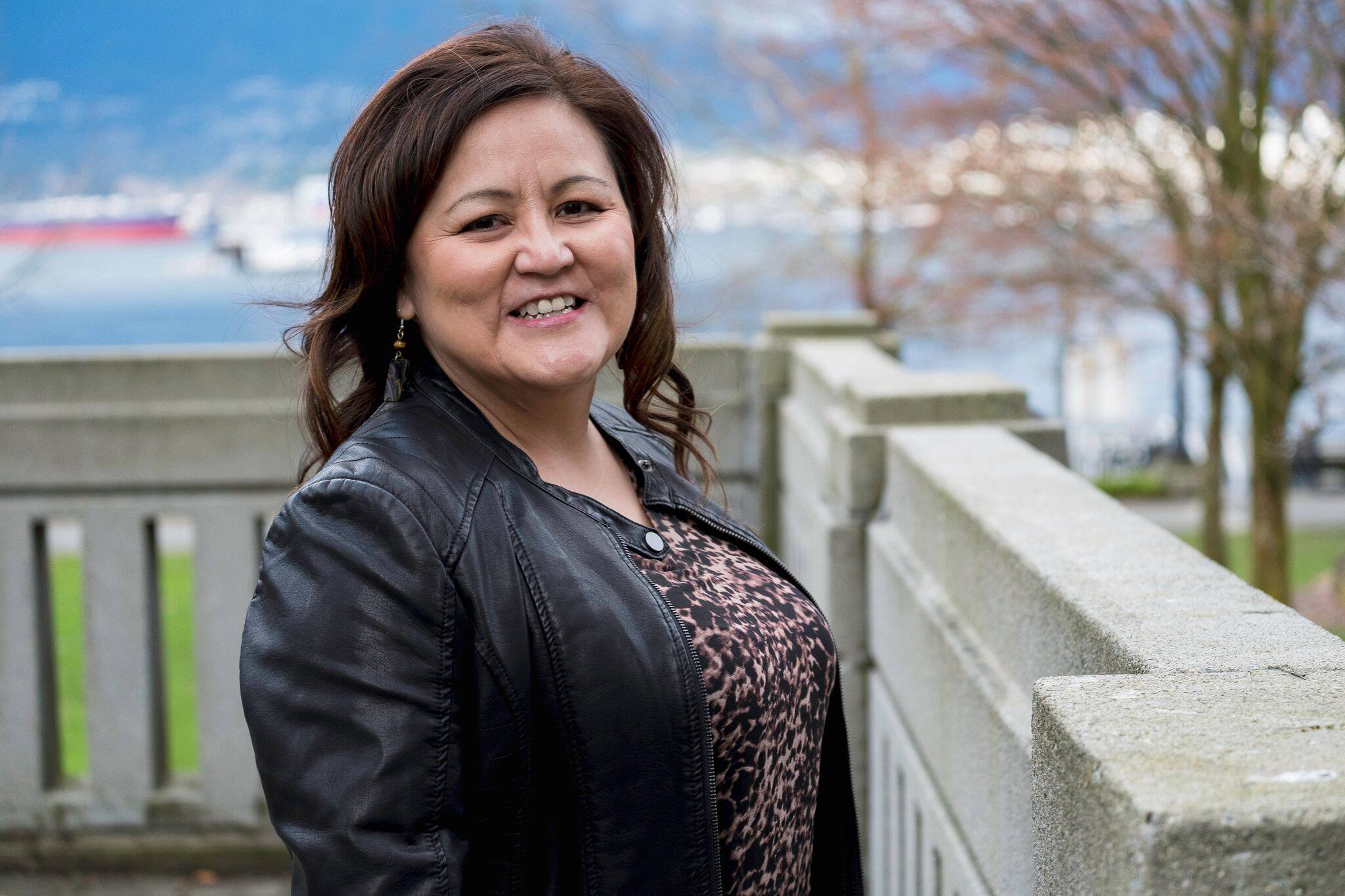 “The [UN] committee should have been aware that the 20 First Nations participated extensively during five years of consultation on the pipeline and have successfully negotiated agreements with Coastal GasLink. This is on the public record.

To date, more than one-third of the work completed on the project has been conducted by Indigenous people. Coastal GasLink has earmarked $620 million in contracting opportunities to First Nations in BC. And there is more to come. All this is on the public record.”

“Today’s announcement [benefit agreement] is a testament to what we can accomplish when industry and First Nations work together.

This project will provide jobs, contracts and financial benefits that Witset First Nation can use to enhance programs and initiatives for our citizens, such as language and cultural programs.

We look forward to continuing to work together with the Coastal GasLink project toward these common goals.” 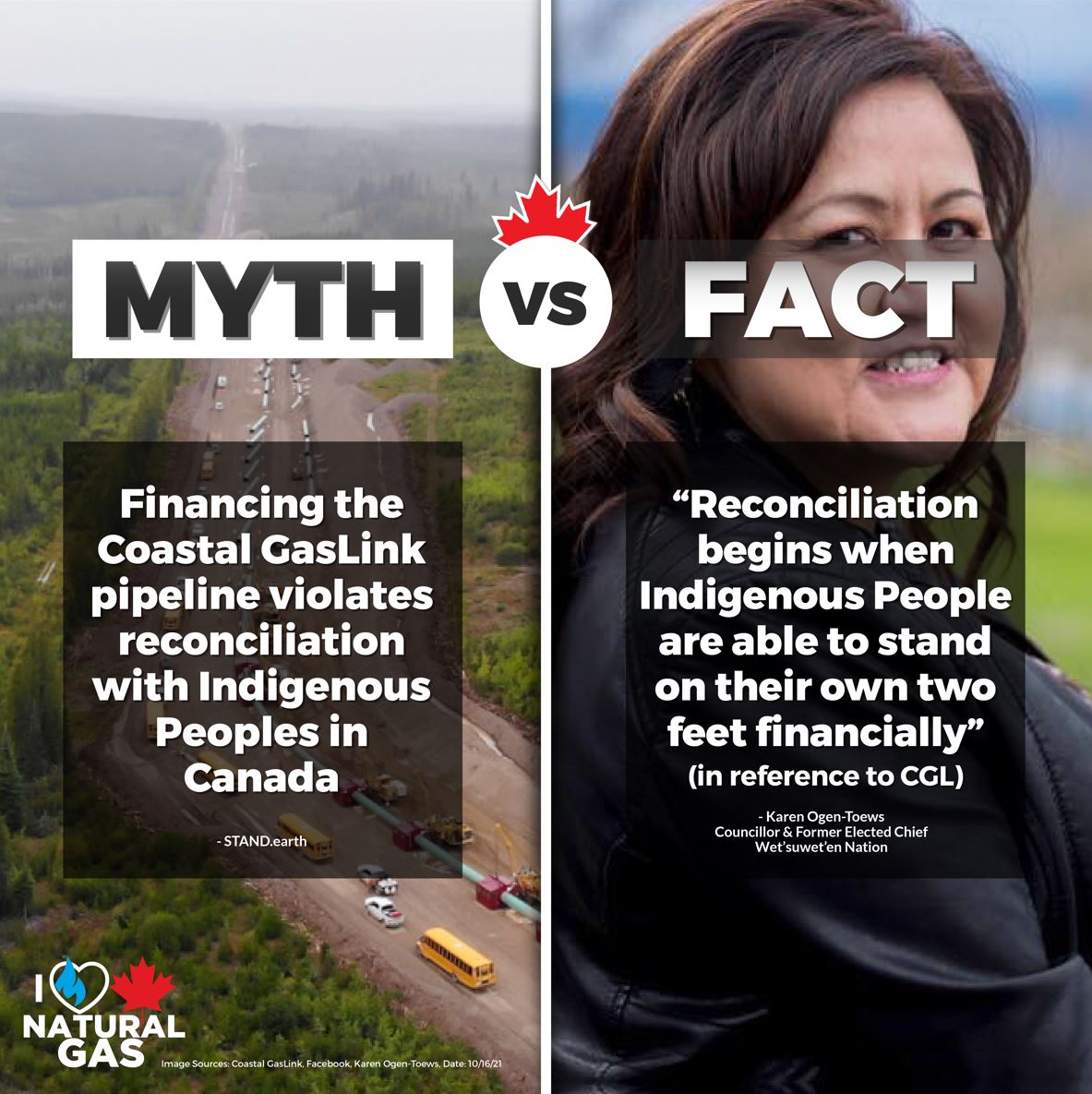 “As female Wet’suwet’en members and community leaders, we want to be heard and involved in the decision-making. That is our way. But our voices are not being heard.

We have been working particularly with LNG and Coastal GasLink. Our people wanted a benefit and they wanted to be able to make a decision on a positive note. However, we’ve experienced lateral violence and coercion since then by the five chiefs who claim to represent the nation.

These chiefs’ voices have been amplified by the skills and resources of outside environmental activists, who say that they support the Wet’suwet’en but whose primary interest is stopping the pipeline.

The protest organizers are conveniently hiding beneath our blanket as Indigenous people, while forcing their policy goals at our expense. This compromises our Nation’s social well-being and our people’s economic futures.”

“People in Canada have the right to protest. This is a democracy.  It is unfortunate that they are protesting with only half the story being told.

I don’t feel the elected councils are being given a fair voice in this matter. From discussions I have had, the elected chiefs recognize that employment can be a multi-generational gain for the family. People working on a pipeline can send their children to school to provide for better opportunities in the future. The elected chiefs want to break the bondage of poverty that exists within our communities.” 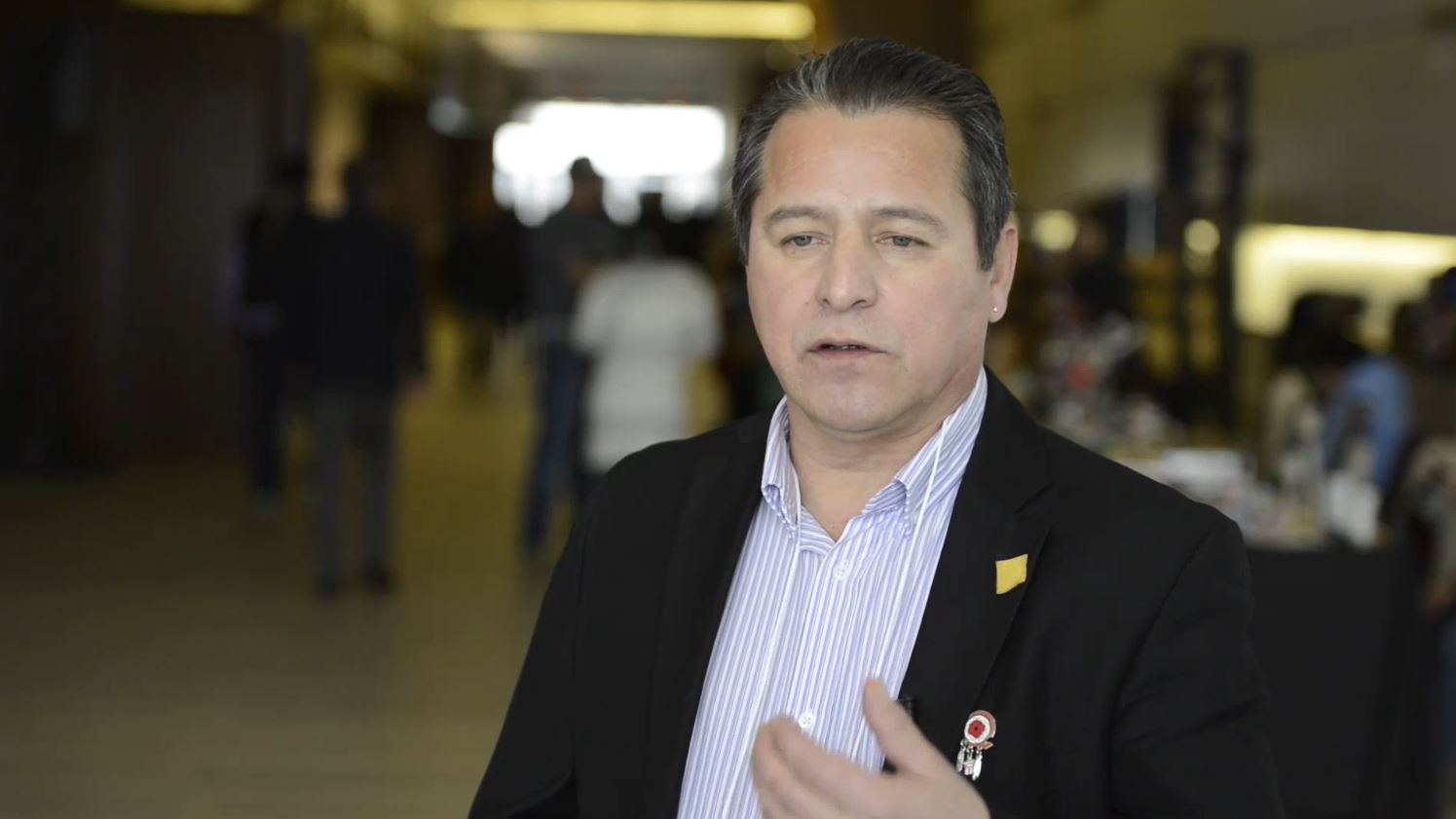 "I had our community vote [on Coastal Gaslink] and most of my community – 80 per cent – voted in favour of the gas line, so that gave me my marching orders to do what I needed to do to negotiate the best deal I can for my people in my reserve.

There is few economic opportunities in northern B.C. There’s a huge mountain pine beetle that has devastated all of the pine in northern B.C. and most of us First Nations have been loggers at one time or another throughout our lives, and there’s not very much logging.

There are very few opportunities now and this is a once in a lifetime opportunity.”

"We believe the pipeline project will benefit our members today and for future generations, both financially and in terms of employment for our members. 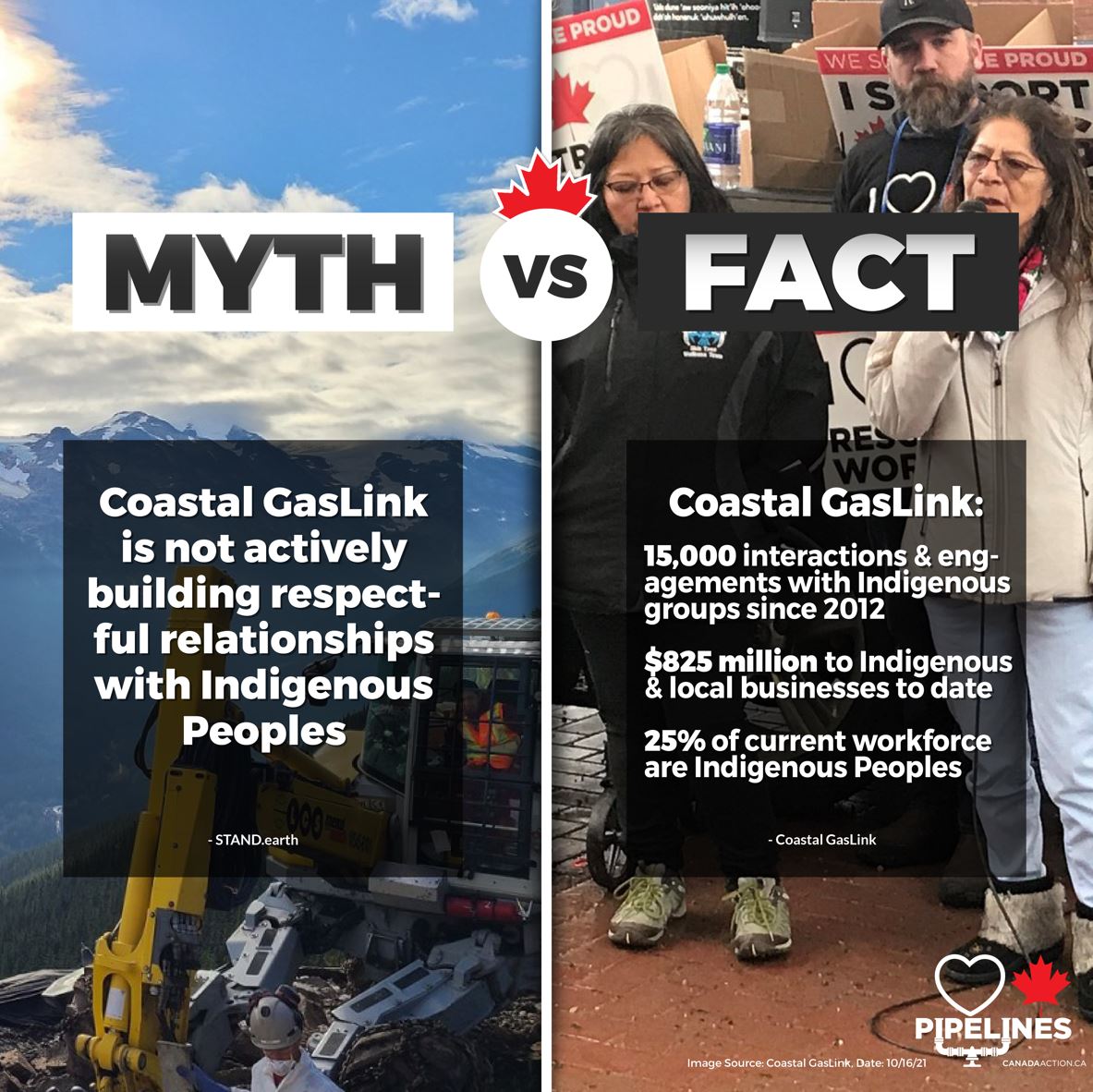 “Being directly involved in expanding LNG in British Columbia presents our community with an opportunity to benefit from this new industry.

The land that we have depended on for generations will continue to provide for our members and contribute to the LNG industry and the provincial economy.”

“We look forward to continuing our relationship with the Coastal GasLink team. We believe that meaningful participation can work to the benefit of our members and the project, and that we can achieve balance with protecting our environment.” 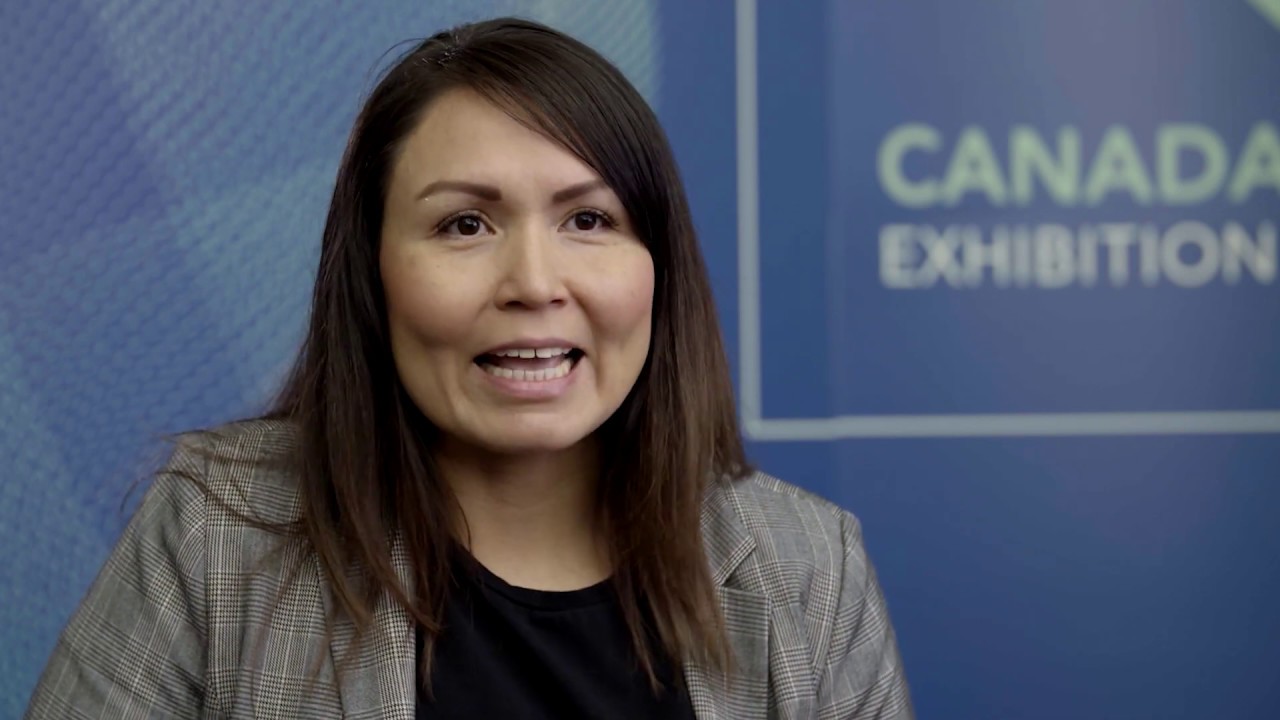 At every First Nations table I sit at, or to the other First Nations leaders in the room... I want to see your people come to Kitimat. There is enough opportunity, we're not going to be able to fill it all. That opportunity is LNG Canada and Coastal GasLink.

“The fact is all 20 First Nations whose territory runs along the pathway of the Coastal GasLink pipeline — including the Wet’suwet’en — have each signed agreements with the company.

Professional protesters and well-funded NGOs have merely seized the opportunity to divide our communities for their own gains, and ultimately will leave us penniless when they suddenly leave.

It is therefore truly ignorant for non-Aboriginals to declare that elected Aboriginal leaders are only responsible for ‘on reserve issues’ or are a ‘construct of the Indian Act meant to annihilate the Indian.’” 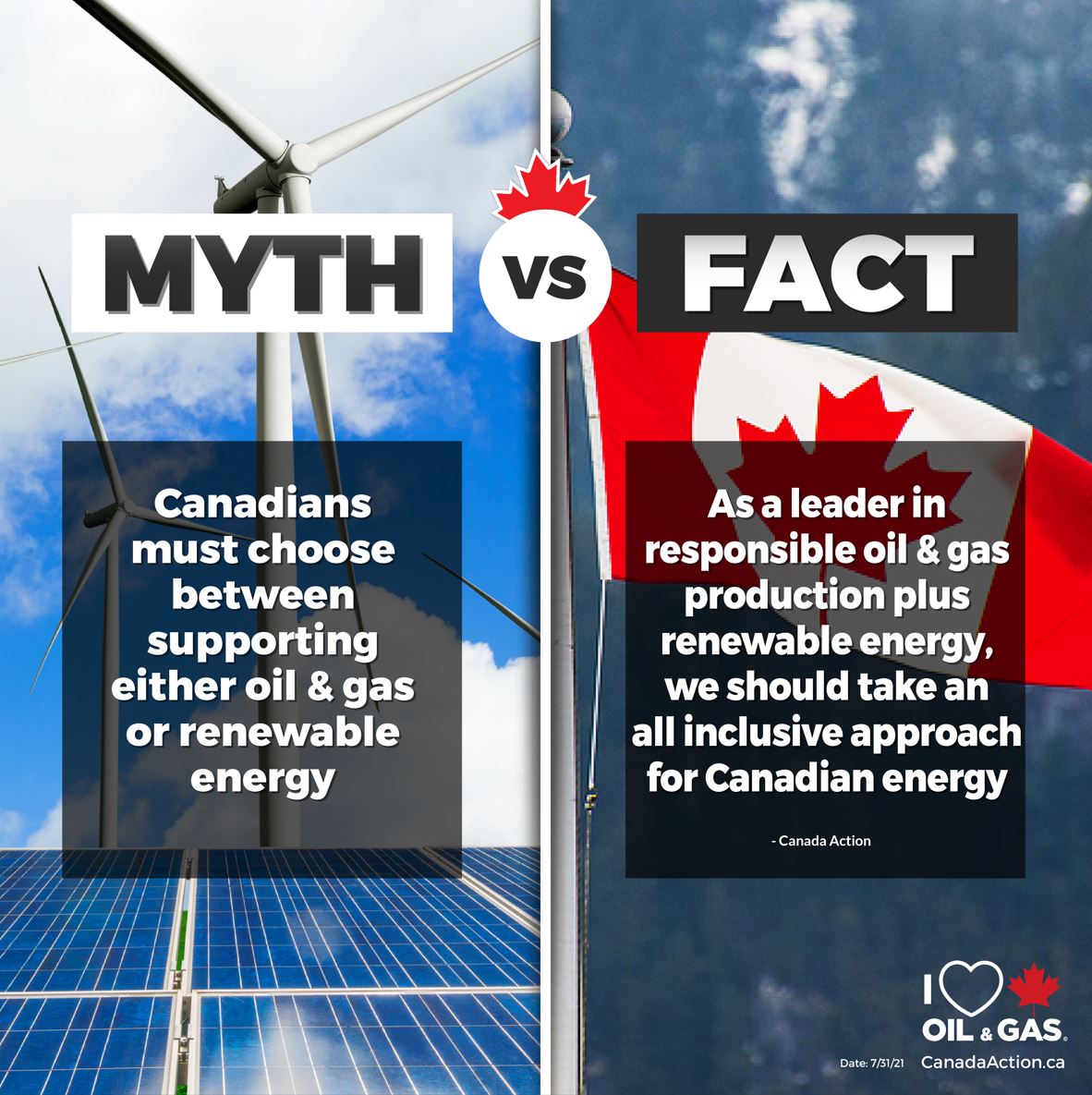 "This is a major milestone for West Moberly First Nations," he is quoted as saying in a press release.

"Our team has worked diligently over the past five years to ensure that our cultural and environmental principles are protected, and we continue to work closely with the Coastal GasLink team to maximize the economic benefits for our community members and future generations."

“Strong economic development is essential to keep our community thriving.

This pipeline benefits agreement with the Province gives the people of Lheidli T’enneh the ability to be a full partner in the opportunities LNG offers. It will provide jobs for our young people and a secure future for their families.” 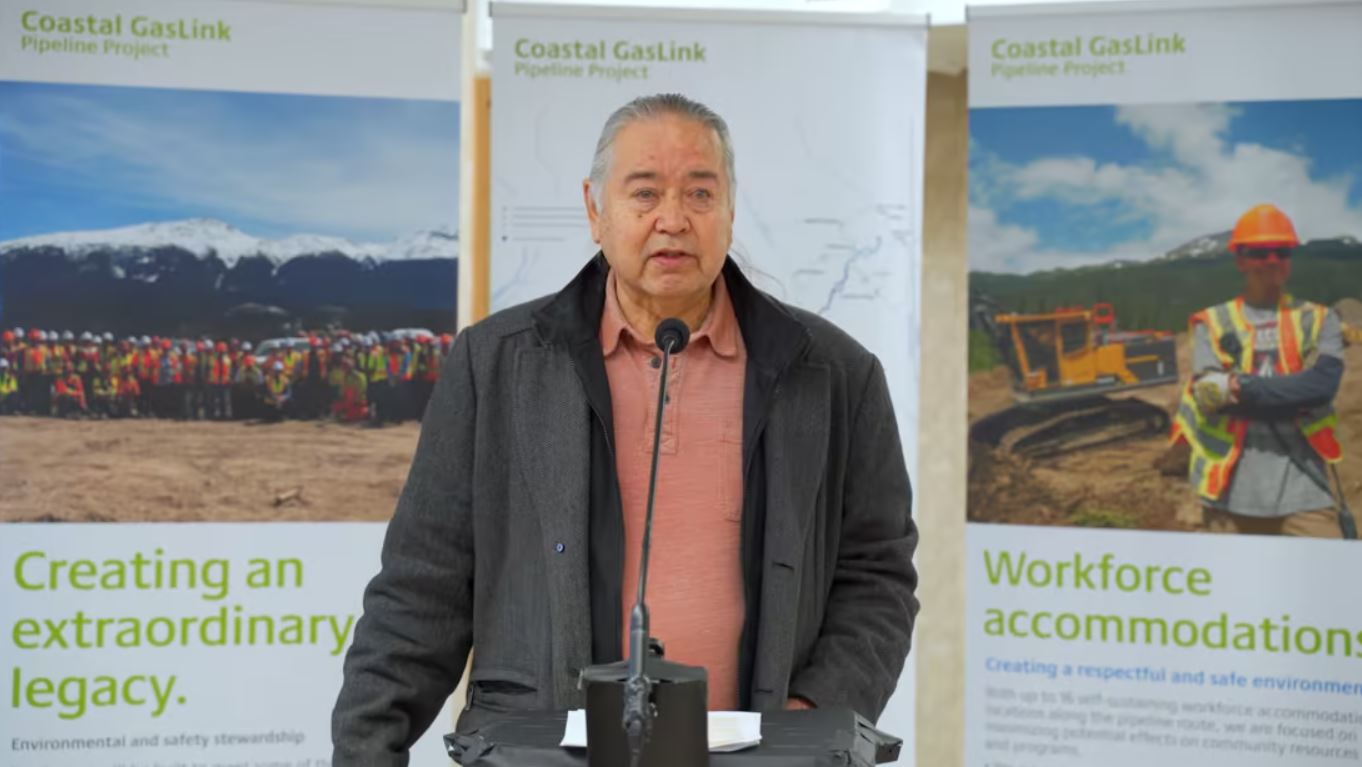 “We will invest it [money from benefit agreement], we will try to start economic development in the territory, probably provide services and there is the whole question of tourism which we haven’t explored at all.

There is a pipeline through our territory just over the mountain here, it was put in 30 years ago.  It is overgrown, nothing has ever happened to it and likely that is going to happen.”

“This is one of the biggest projects in Canada, who wouldn’t want to be a part of it?

You can talk about the millions, but it’s really the people on the ground who are employed, feeding their families, buying clothing for their kids. They’re being part of the economy; they can make money and live a good life.” 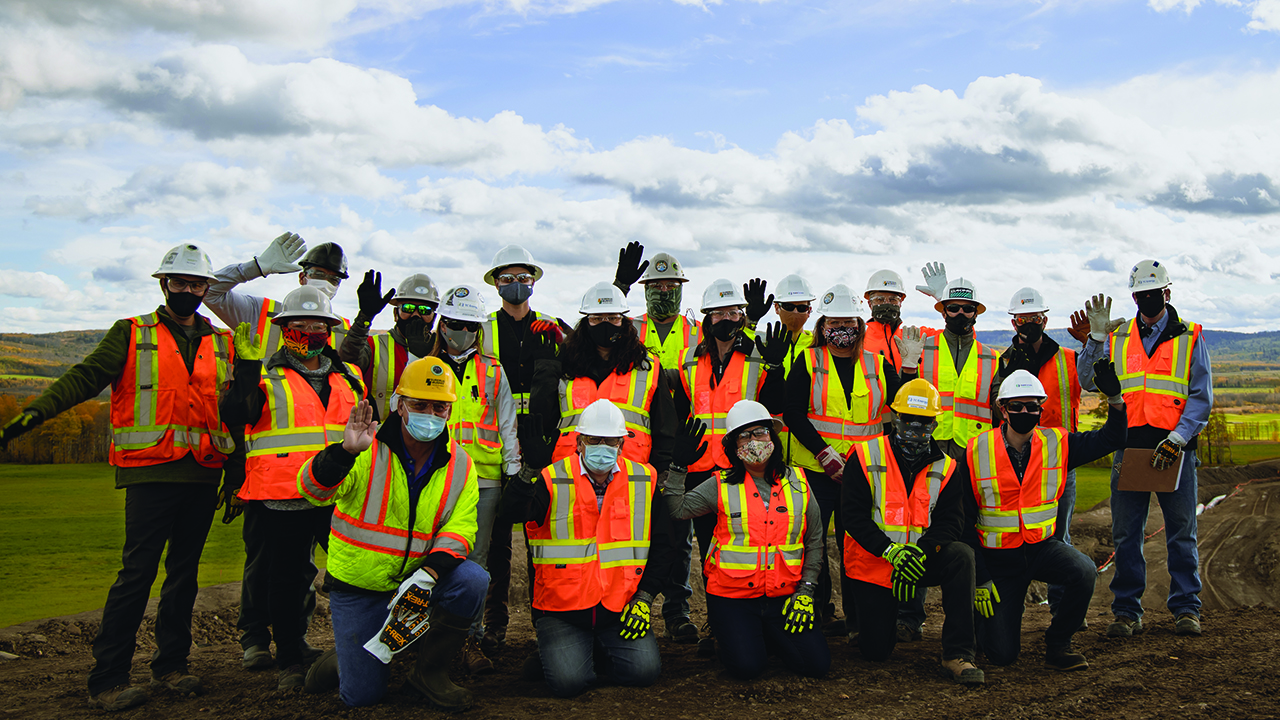 "We've had a lot of opportunities brought to us through Coastal GasLink, which has been supremely beneficial for our membership and for the nation as a whole.

I think that's been the greatest benefit for us, being able to take on projects ourselves and employ our own members.”

"British Columbia’s LNG sector is an emerging success. It is set to attract billions in investment to our province, while producing tens of thousands of good-paying jobs.

It will be environmentally sound, producing some of the lowest emitting LNG in the world. And it is working to ensure meaningful participation with Indigenous peoples, with more than a billion dollars in Indigenous procurement spending and benefits already negotiated with Coastal Gas Link, Kitimat LNG and Woodfibre LNG.

Indigenous communities, rural and urban municipalities, businesses and workers throughout B.C. are calling on the provincial and federal governments to fully support our resource development industries and help us ensure a strong recovery.

I hope these calls don’t fall on deaf ears. We can no longer afford it."

Learn more about widespread Indigenous support for natural resource projects in Canada by joining us on Twitter, Instagram and Facebook today. Hope to see you there!

Back to Indigenous Peoples & Natural Resources in Canada. 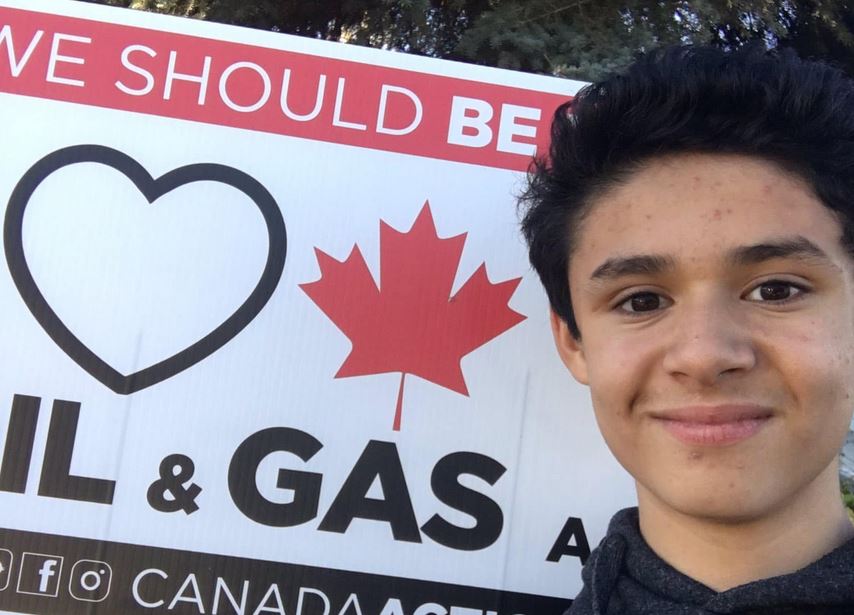 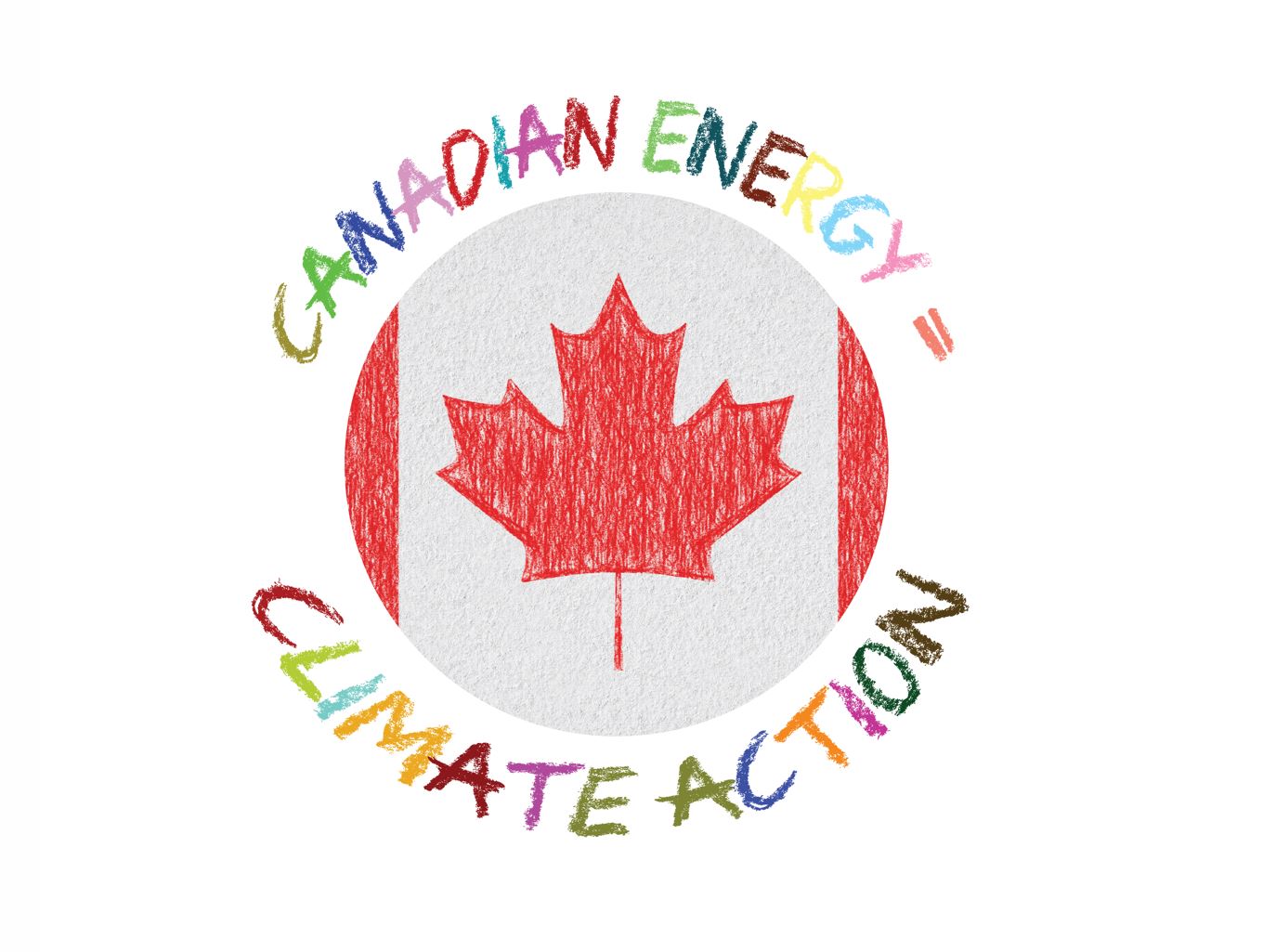 5 Takeaways From COP26 & What They Mean for Canadian Energy

What does the 2021 United Nations Climate Change Conference, COP26, mean for Canadian energy? See five occurrences at COP26 that show why the world needs more Canadian energy, not less! 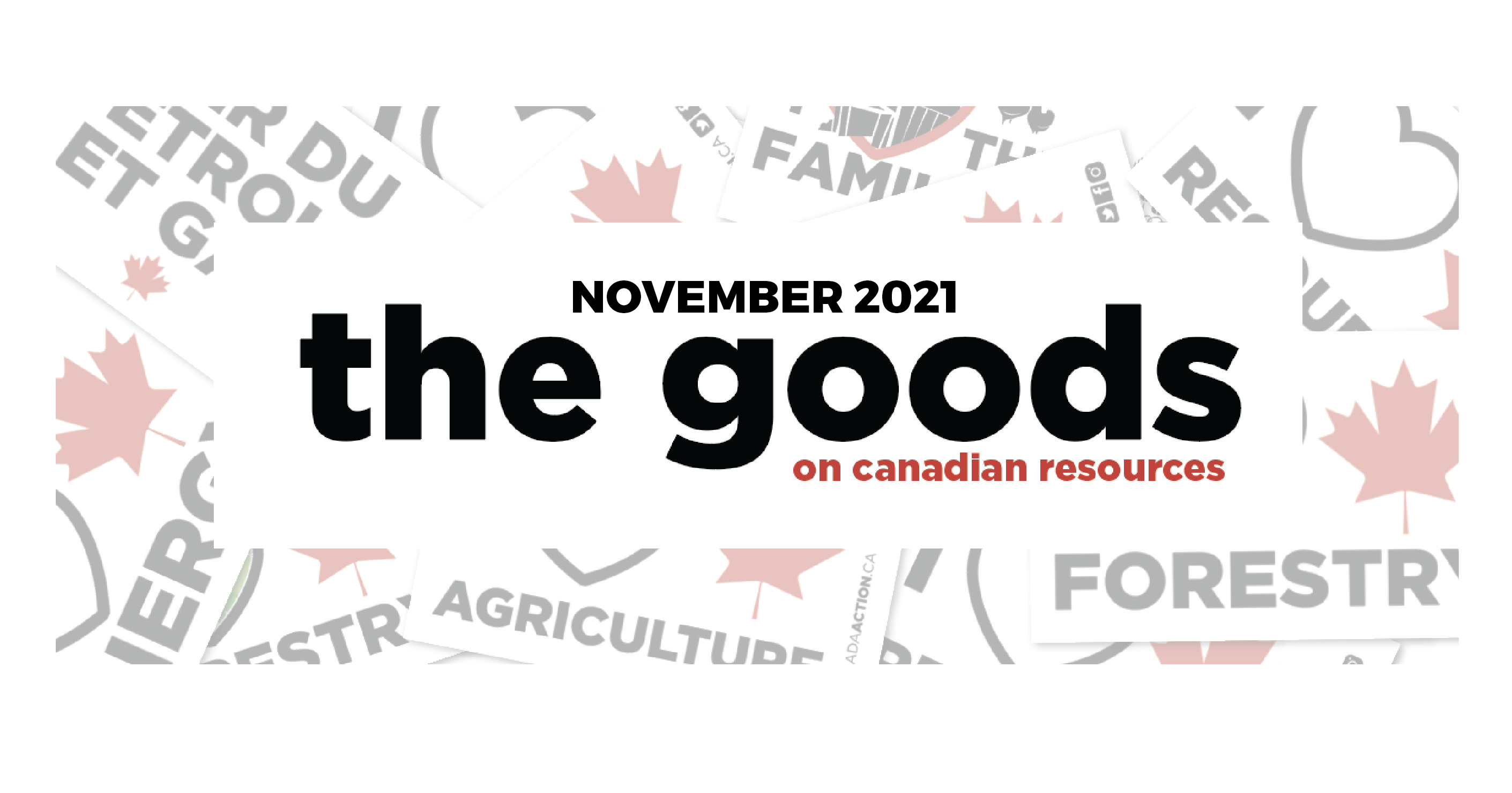 Canada Action's newsletter for November 2021. Learn more about the global energy crisis and why the world needs more Canadian energy! 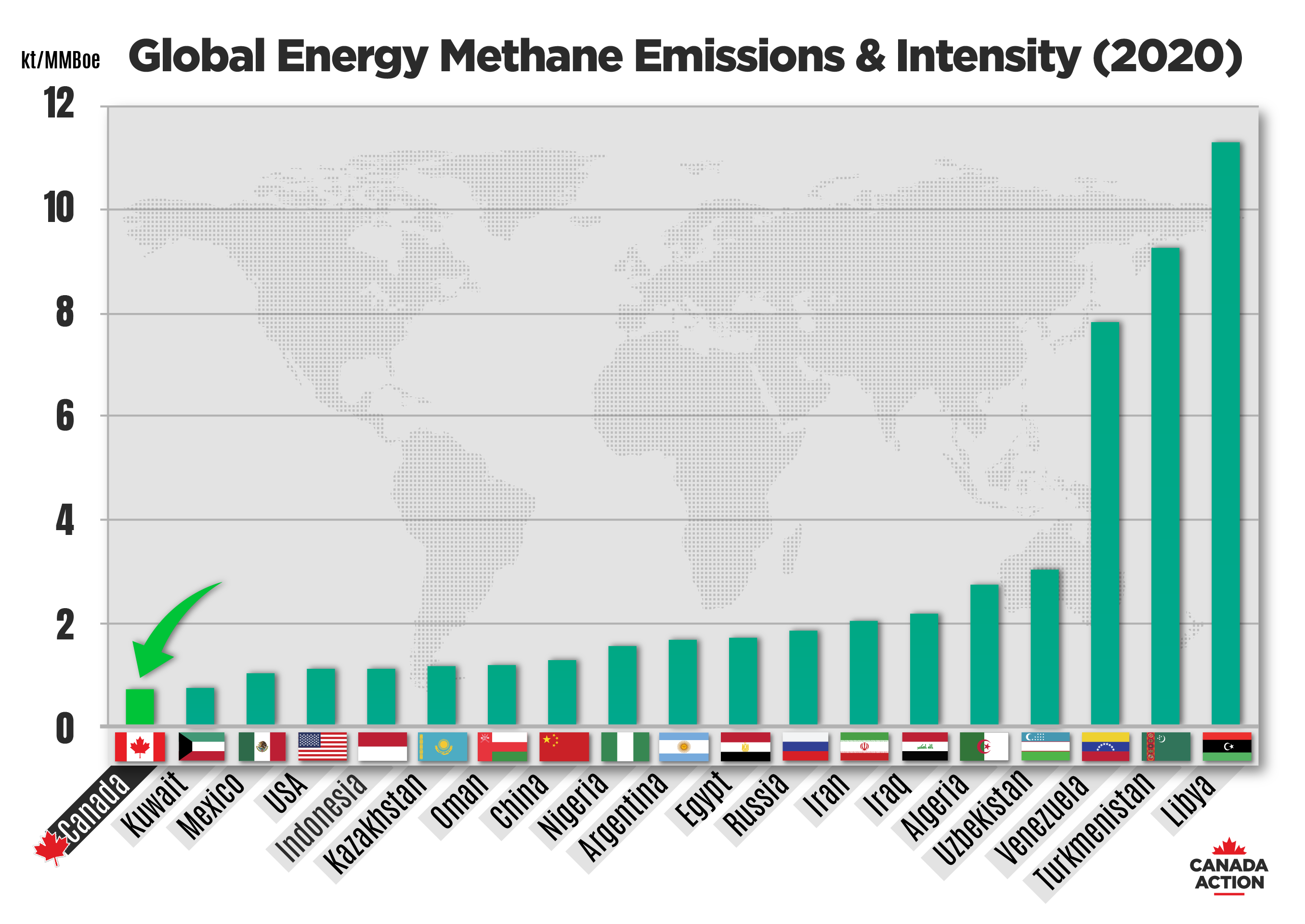 Canada Has a World-Class Record on Methane Intensities & Reductions: REPORT

A new report by CIBC Capital Markets highlights how Canada's natural gas producers are best-in-class on methane emission reductions and have one of the lowest CH4 intensities in the world of major producers. Learn more about Canada's world-class oil and gas sector today! 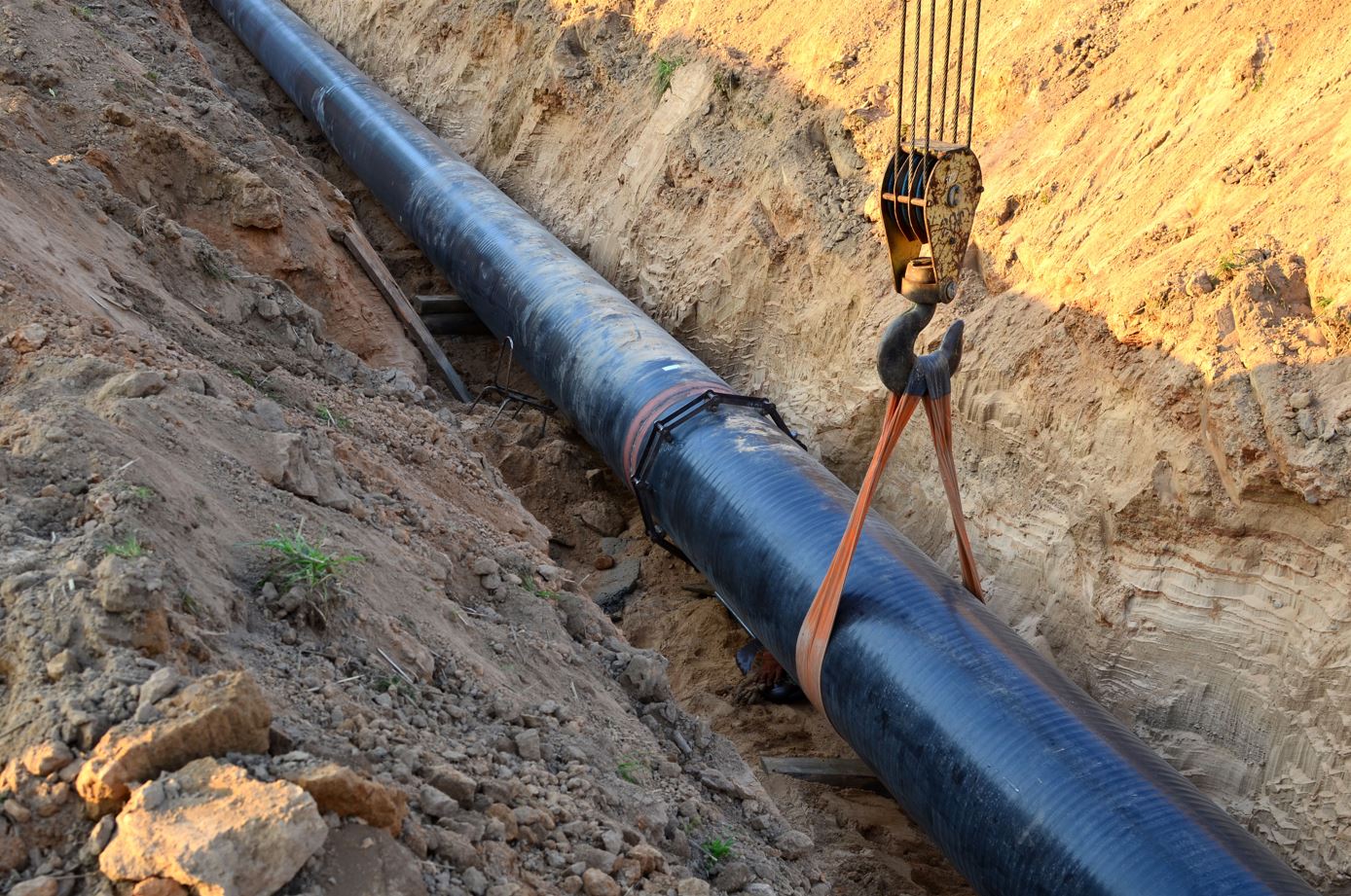 Who Benefits From Opposition to Canadian Pipelines? 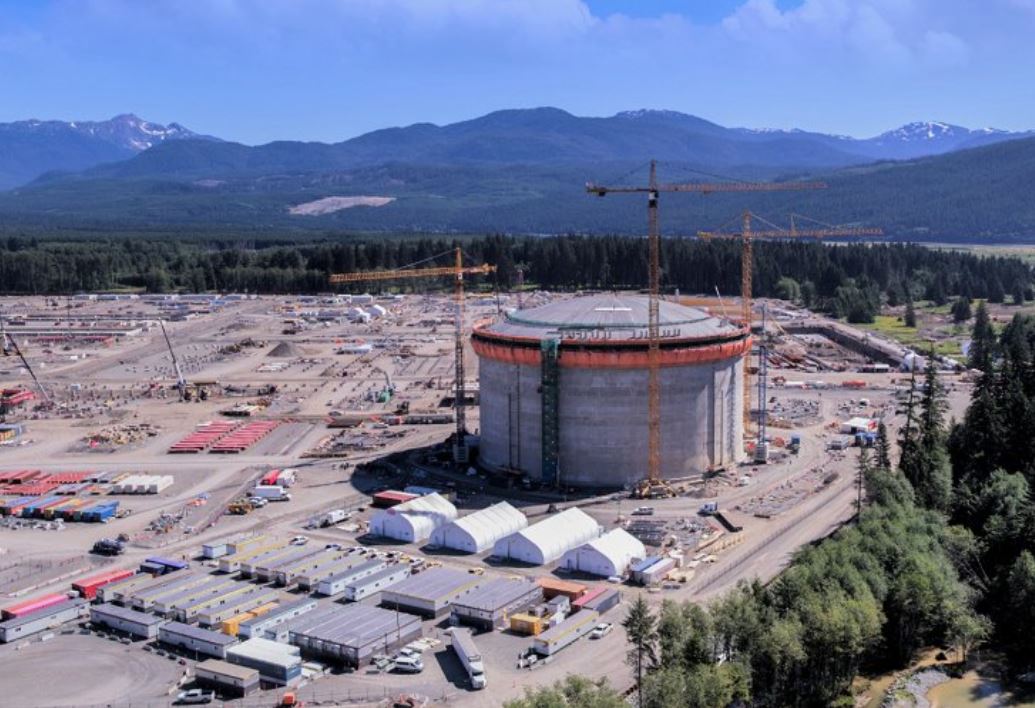 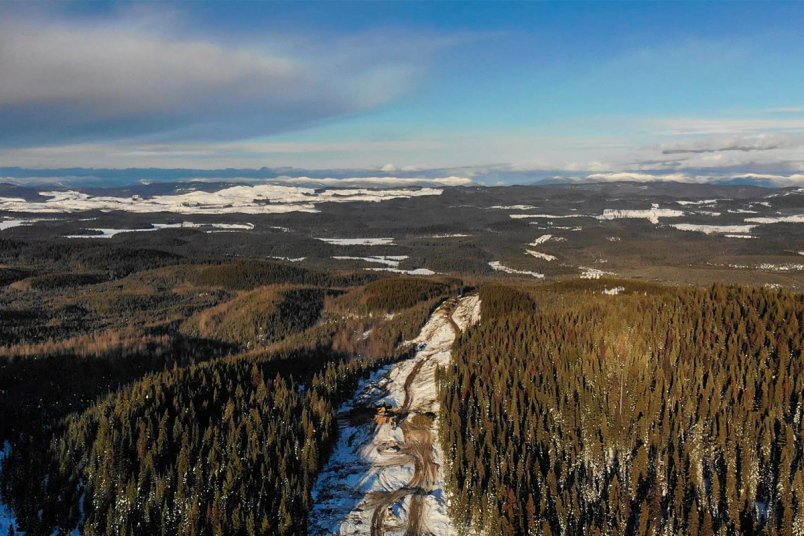 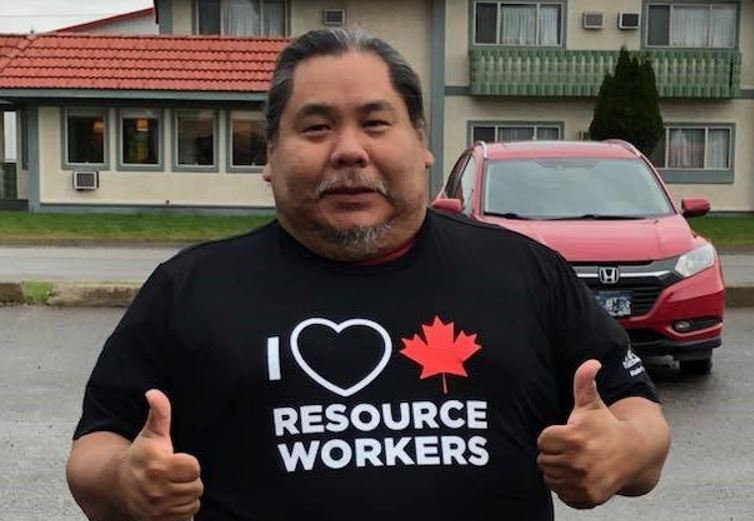 The Importance of Truth & Reconciliation for Indigenous Peoples in Canada

Fostering economic growth and development in Indigenous communities is crucial to reconciliation. Indigenous involvement in natural resource projects is the obvious answer. As we tuck our orange shirts into the drawer, I wonder how many Canadians authentically grasp the conc...