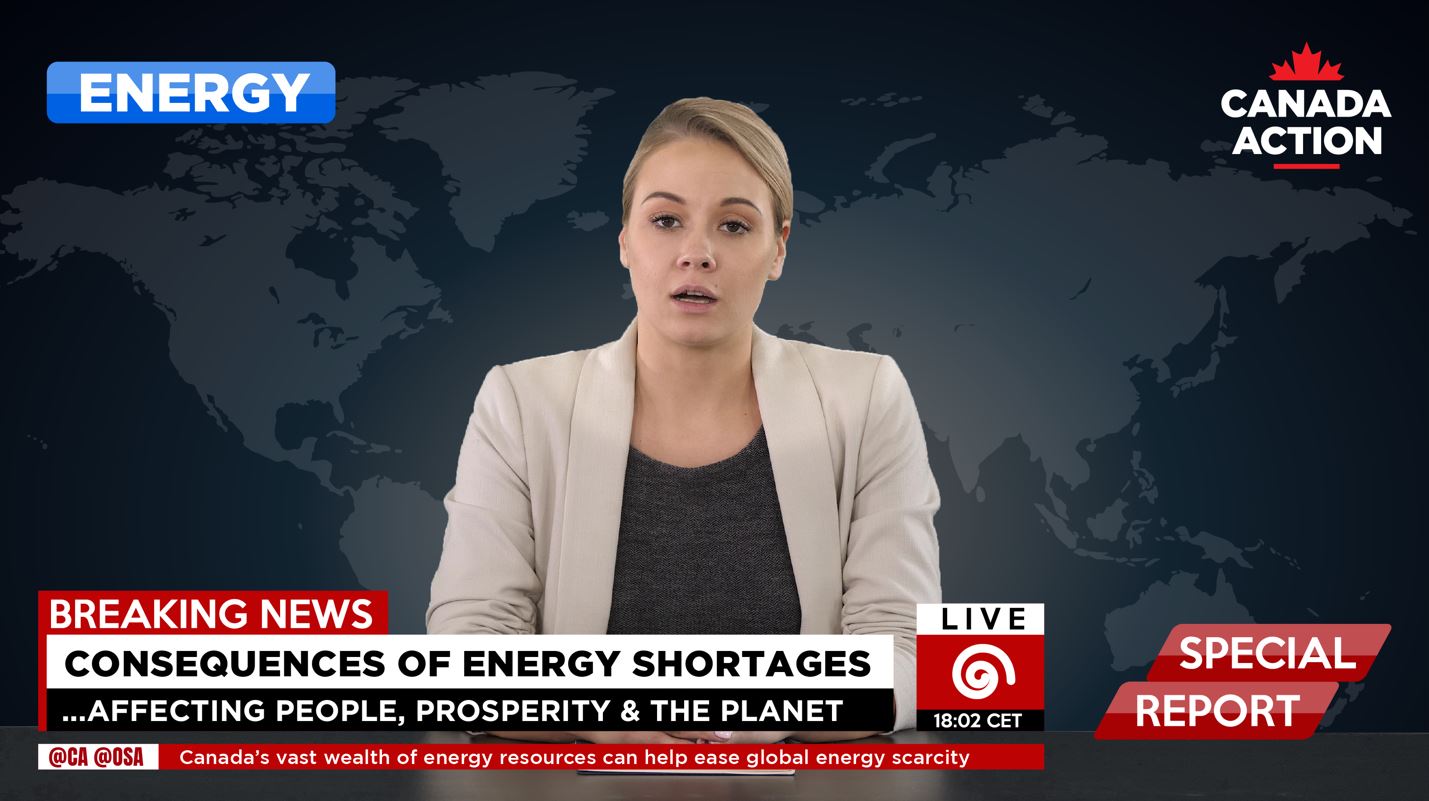 An energy crisis has been developing across the world over the past few years. Exacerbated by the war in Ukraine, these supply shortages are accompanied by many real-world consequences for people, prosperity, and the planet.

Here are more than 30 tweets showing us all just what the consequences of energy shortages are, and why Canada should be doing everything in its power to make more of our responsibly produced oil and gas accessible to global markets in need.

When extreme heat or bitter cold threaten to overwhelm fragile power grids in places like California and Texas, there’s an effective, old-school tool to avoid a shortfall: turn the lights off https://t.co/XH3hszn7Xq

🚨 "It's not just energy costs going up, but soaring costs of doing business and taxes across the board." ⁰⁰The Government must take significant action to support small businesses through this #energycrisis. We talk to @MailOnline👇 https://t.co/cRsFBR9AM6

A grim reminder that the cancellation of numerous #CanadianLNG projects over the past decade hasn’t helped families or reduced emissions.

The world will need all energy sources for decades to come, let’s get #Canada in the game. pic.twitter.com/3Hy1XOAe8w

🇬🇧 “Household energy bills were expected to rise 40% this autumn, but on Friday the government regulator announced they’ll leap 80% in a single bound.” https://t.co/aNbdbulLfy

The risk of civil unrest has spiked across the globe as developed nations and emerging markets alike grapple with spiraling inflation and upheaval exacerbated by Russia’s invasion of Ukraine, according to a report https://t.co/E5X021bauo

No natural gas, no fertilizer, no food.

European Energy Crisis: Keeping the lights on in Europe this winter may prove more difficult than governments are currently admitting. https://t.co/RkgBw0vomi

Canada could have really helped.

Obstructing #CanadianEnergy exports in the name of human rights or the environment is a farce.

Every six hours the power goes off in Kosovo, first country in Europe to suffer rolling outages. It might not be the last https://t.co/G0atJUrjXp

German utility will restart a coal-fired power plant to produce electricity for the market as Berlin races to secure energy supplies for the winter. https://t.co/nwTiJQDUBj

✅ German Refinery Reliant on Russia Now Using Oil From the US

Why would anyone not want to see Canadian natural gas replace Russian supplies also? https://t.co/DsM5oYoeA0

California is asking homes and businesses to cut back on electricity use Wednesday afternoon as heat grips the West Coast and a years-long drought squeezes the region’s hydroelectric-power supplies. https://t.co/XCG7ah1iN7

Europe is heading into winter with seasonally low levels of diesel in storage tanks, with major implications for the continent’s industries and drivers in the run-up to EU sanctions on Russian crude oil and refined product supplies. https://t.co/Ob1Ql2js7q

Europe’s energy crisis is likely to cause a surge in zombie firms, with UK companies looking particularly vulnerable, Bank of America strategists https://t.co/XPc8ydlLwS

The New York area is running so low on fuel that the Biden administration is warning of government action to address exports https://t.co/kTA7AFRP0X

In response to fears that Russia will cut off gas supplies, the European Union has agreed to trim energy use by 15%, triggering a continent-wide watchfulness over thermostats and light switches.https://t.co/TM8h0vsF4C

Ice is a hot commodity in Spain, with supermarkets limiting how much people can buy and bars running low on cubes for sangrias and cocktails due to scorching heatwaves and high energy prices. https://t.co/14TtaMRaB5

Energy Crisis: Germany’s presidential palace in Berlin is no longer lit at night, the city of Hanover is turning off warm water in the showers of its pools & gyms, & cities across the country are preparing heating havens to keep people safe from the cold. https://t.co/4c5F52KwJL

"Scholz expressed regret over Germany’s decision to fire up 16 dormant (coal and oil) power plants and extend the operating permission for 11 more amid fears of further cuts in natural gas supplies from Russia."https://t.co/oPXl08DcsH

'Everything is energy': Crisis in Europe a lesson for Canada, says MLA ⁦@ellisbross⁩ #EnergySecurity #CdnEnergy https://t.co/dgB3oy7PeV

Japan is facing an energy crisis that can severely hurt the world's third-largest economy as it is forced to tackle a combination of a weak local currency, the fallout from the Ukraine war, and a heatwave. https://t.co/q38tMY8U2k

Austria will order industry and utilities to make plants run on alternatives to natural gas where possible, especially oil, its energy minister said on Tuesday, as the country scrambles to hoard gas in case Russia cuts it off. https://t.co/ELV7BaJSNt

The world needs more sustainably produced Canadian energy, there are no ifs, ands or buts about it.

Join us today to learn more about Canada’s world-class natural resource sectors and the millions of Canadians who rely on these industries to put food on the table for their families!