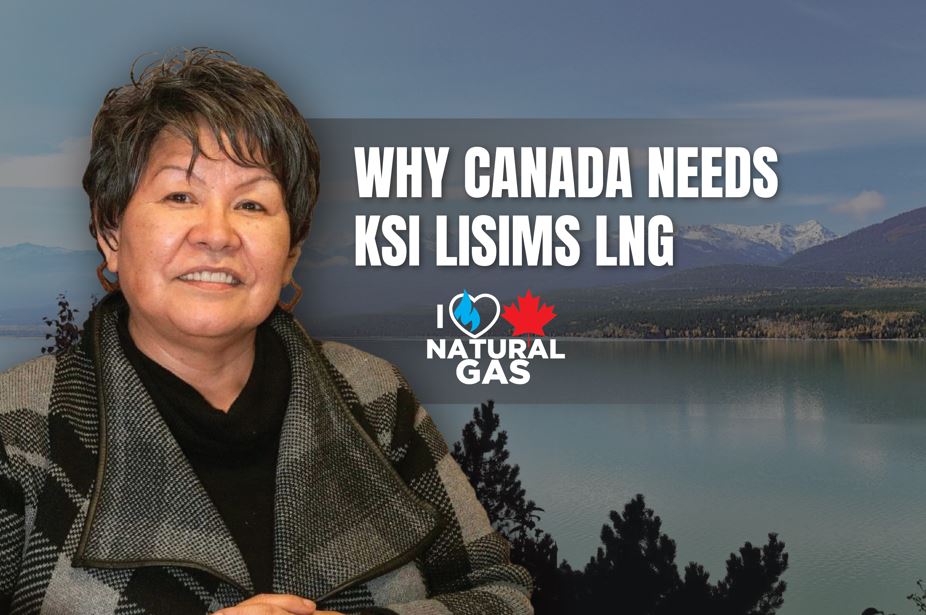 Do you find yourself having a positive outlook about the future of Canadian natural resource development, and more specifically, the oil and gas sector? Or, are you less optimistic about the potential of future projects and outcomes?

The Nisga’a Nation in British Columbia sure is excited right about now, as they join Western LNG and Rockies LNG Partner to file a project description for the Ksi Lisims LNG project that will generate a projected $55 billion in economic activity over 30 years. Nisga’a Nation president Eva Clayton has said that her government has been pursuing LNG development since 2014. The plan includes a floating export facility capable of producing 12 million tonnes of cooled natural gas each year to ship to global markets in Asia and elsewhere.

Another recent event, Bill C-15 (the UNDRIP legislation) passed on June 15, 2021. This bill affirmed that Indigenous communities must be part of the consultation process for development in their respective territories. It seems that Eva Clayton has been successful in finding the right partners to negotiate and work with. She also has the support of her people and those of surrounding areas in northern B.C.

We all remember how the protesters in B.C. were detrimental to pipeline development, and on multiple occasions at that. Northern Gateway, Coastal GasLink, Trans Mountain – you name the pipeline, the protestors were there saying that the environment was in jeopardy and these projects had no support from nearby Indigenous communities. 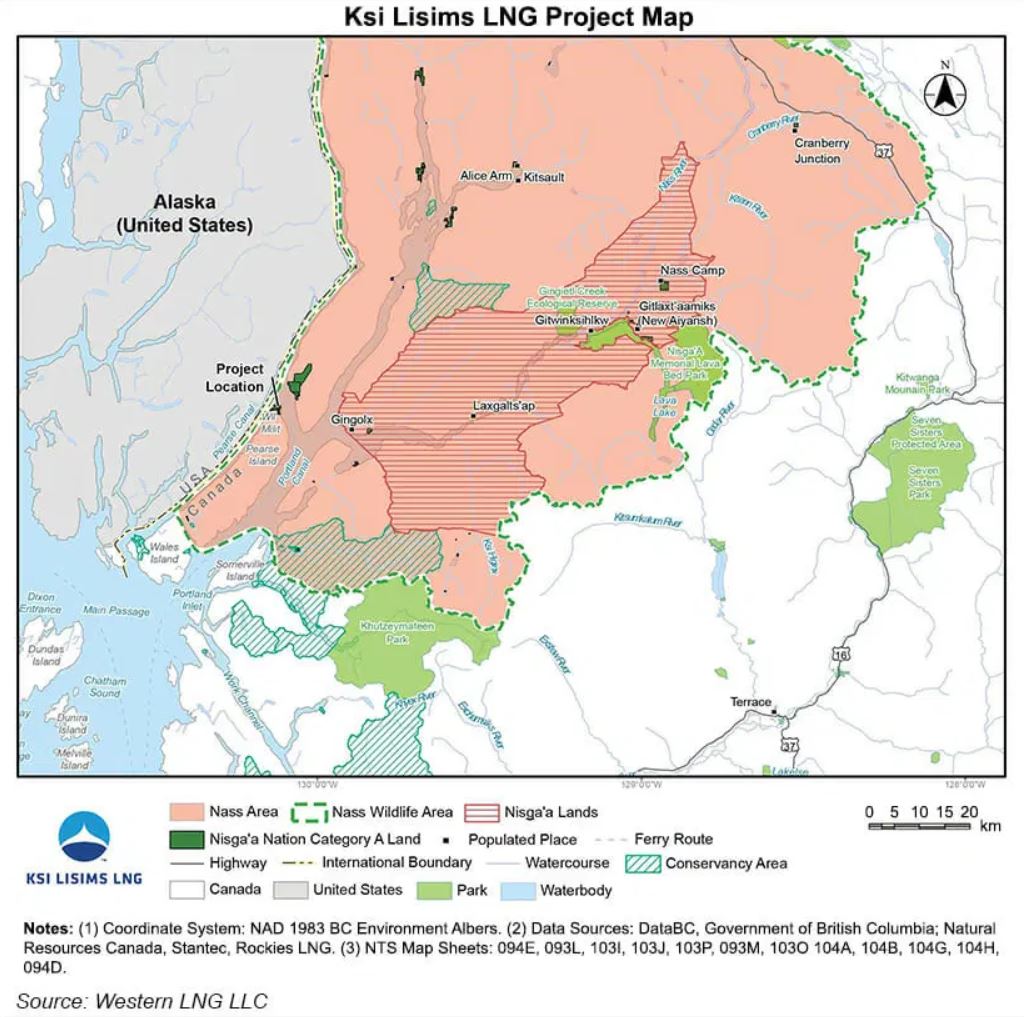 Luckily, Eva Clayton and her community have been part of the climate change movement for some time. Her plans for Ksi Lisims LNG include a net-zero emissions target within three years of operations. In addition, the Nisga’a’s involvement with Climate Initiative, Clean B.C and the Canadian Climate Plan will place this project in a climate change league of its own, not only domestically but internationally as well.

As usual, approval from the provincial and federal governments is mandatory for a major project like this to go ahead, and the Nisga’a Nation has appeared to do their homework. A project of this magnitude, 12 million tonnes of LNG per year, or $55 billion – yes billion – of generated economic activity, will provide Nisga’a Nation and those living in the surrounding areas including non-Indigenous Canadians with many job opportunities. Revenues from Ksi Lisims LNG will also provide new development opportunities for much need infrastructure in these rural communities.

Eva Clayton has said that they’re not at the point to speak about specifics just yet, but she did say that Nisga’a Nation will have a leadership role amongst the project’s partners and that communication will be vital in bringing this natural resource project and all its opportunities to northern B.C.

Many Canadians and I will watch this project closely. Ksi Lisims LNG can help rural Indigenous communities by providing them with jobs, business development, skills, training, education, and community infrastructure improvements while lessening socio-economic hardships. Non-Indigenous people will be positively affected by this project as well.

The Nisga’a Nation has stated that mitigating the environmental impact is important to them, so we know this will continue once the project is approved. This should also help to mitigate investors’ risk, as net-zero will be part of the formula for getting this project approved in the first place.

As of late, it seems investors shy away from jumping the many hurdles we have in place to develop new projects in Canada’s natural resources sector. Protestors should cheer on Nisga’a Nation for the fact that they have been consulted, hold the nation's support, and are supported by those in the surrounding areas to move forward with this project. 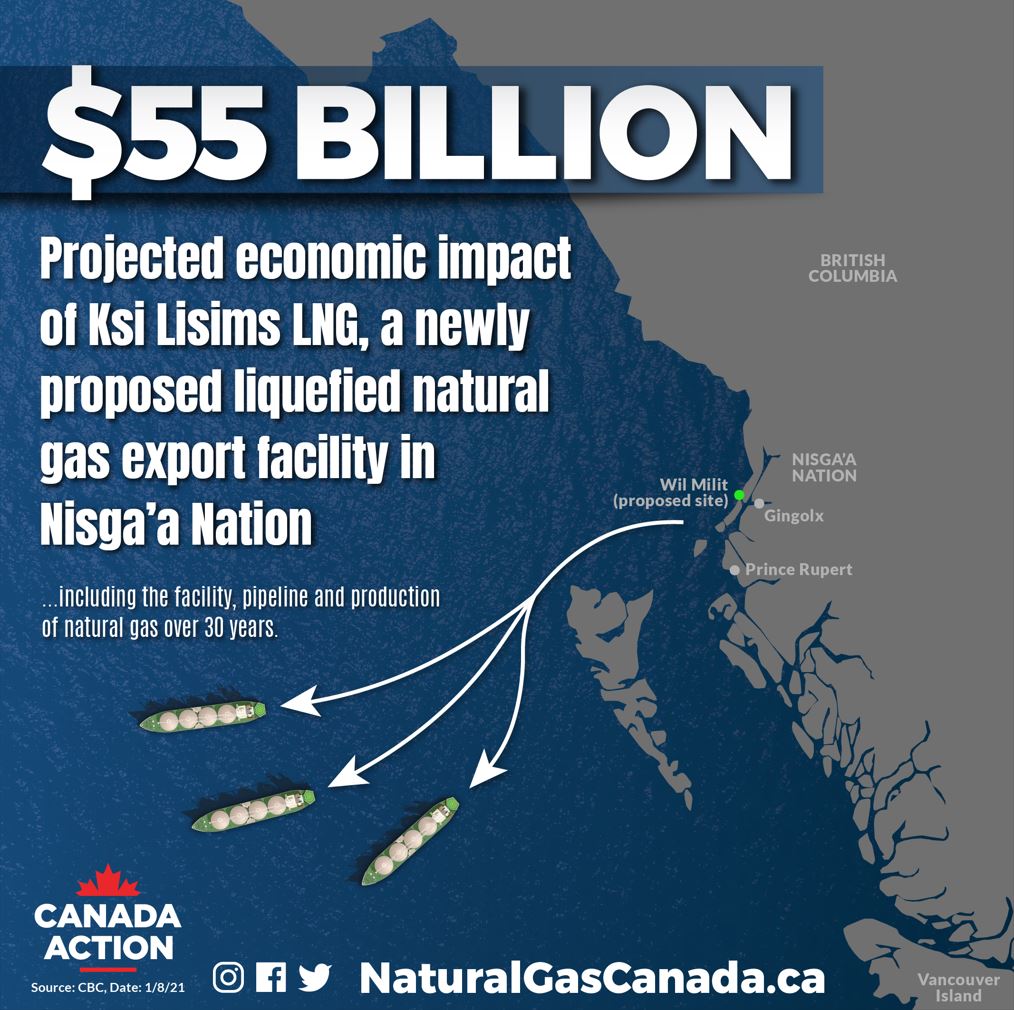 My glass is half full; this partnership between the Nisga’a Nation, Western LNG, and Rockies LNG is what Canada needs to have. The Canadian economy can always use a $55 billion boost. Our country needs more jobs, and so do many rural Indigenous communities that are in many cases living in abject poverty. We also need our governments to work together with Indigenous communities and the private sector for natural resource development, especially when projects propose net-zero emissions to provide the world with the natural gas it needs for tomorrow.

Just as important, we also need more paths like this where Indigenous Peoples can benefit from their resource-rich territories and develop natural resource projects that bring massive economic benefits to their communities. This is reconciliation in action.

Canadians continue to show we are environmental leaders with responsible natural resource development, and the newly proposed Kwi Lisims LNG project is of no exception. 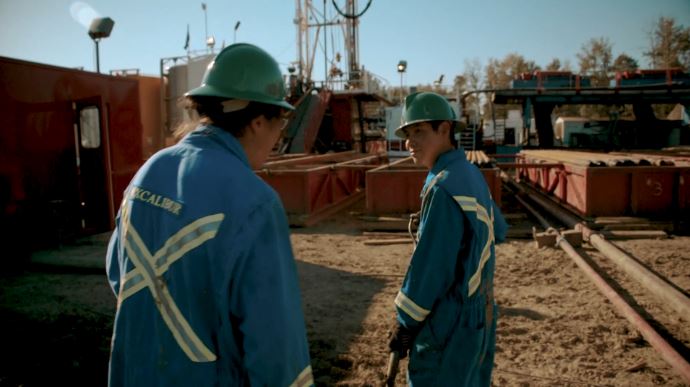 Courtesy of IRN A poll conducted on behalf of the Indigenous Resource Network (IRN) has found that a majority of First Nations, Métis and Inuit Peoples living in rural areas or on reserves across Canada support natural resource development. According to the poll, 65% of the 5...