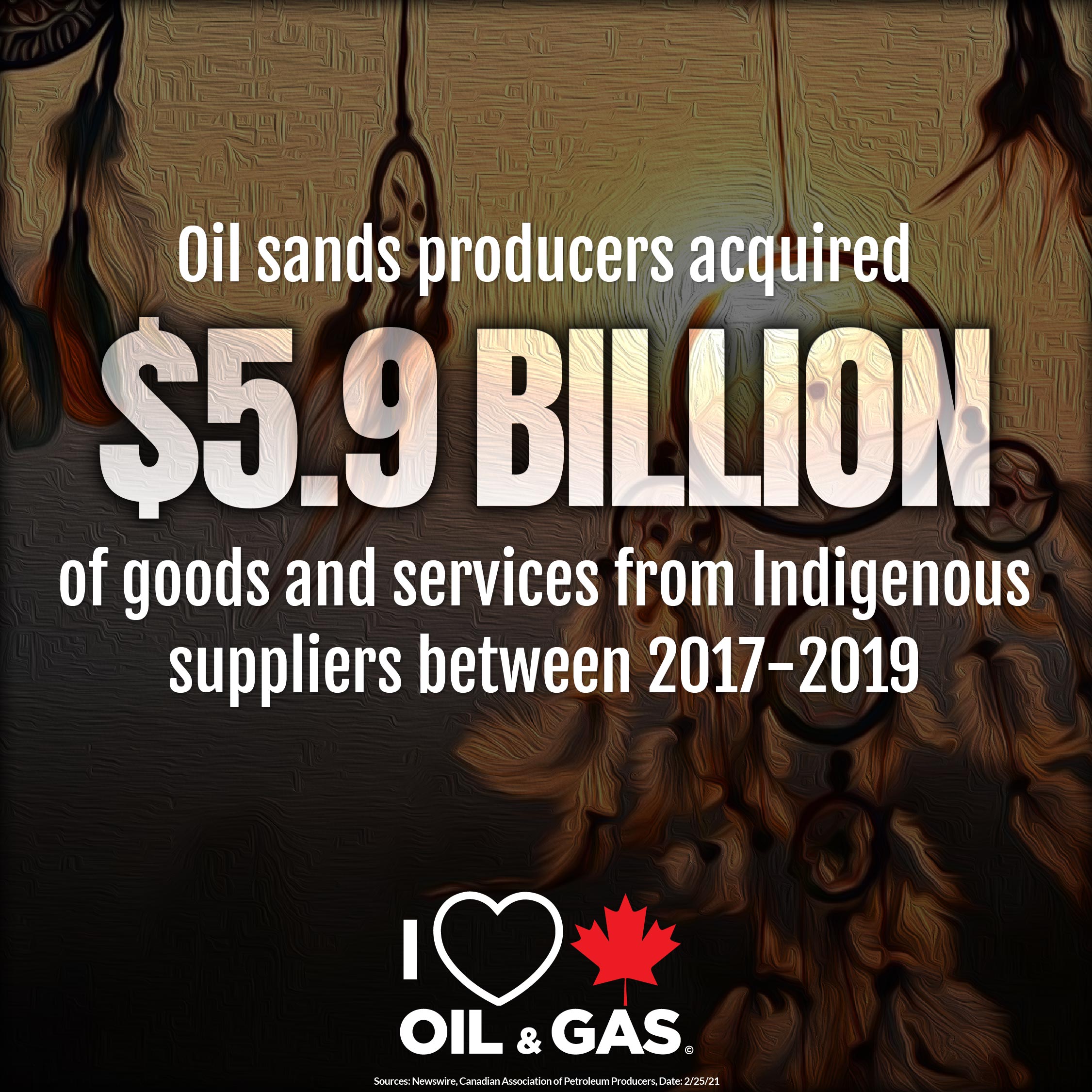 Oil sands producers spent more in 2019 than the previous two years on the procurement of goods and services from Indigenous suppliers says a recent survey by the Canadian Association of Petroleum Producers. Just under $2.4 billion was spent on procurement from Indigenous businesses in 2019, up by 16 per cent compared to 2018 and 53 per cent higher than in 2017.

The number of Indigenous-owned businesses supplying the oil sands also grew to 275 in 2019, up from 263 in 2017. Between 2017-2019, cumulative spending on procurement from Indigenous suppliers totalled about $5.9 billion.

Indigenous businesses have been an integral part of the supply chain for the oil sands for decades, providing services such as construction, transportation, camps and catering, retail, and drilling to name a few. The oil sands sector works closely with Indigenous communities in support of their overall well-being and economic security, with a focus on sourcing goods and services from Indigenous suppliers whenever possible. 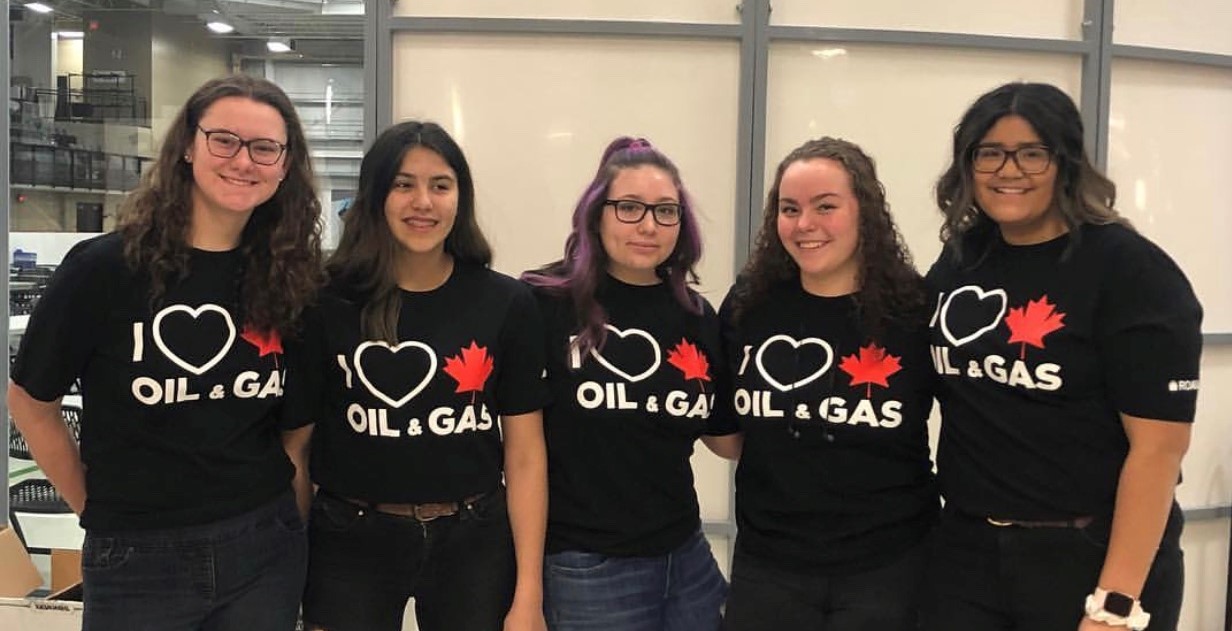 Community investments are often directed at supporting training programs, education initiatives, cultural programs and physical infrastructure. Some of these training programs are industry-specific, providing Indigenous Peoples with an opportunity to find a job in the nearby oil and gas sector after graduating.

The survey also found that 7.4 per cent of oil and gas workers in Canada identified as Indigenous in 2019, up from 4.8 per cent in 2018. Surely this is a testament to the success of community investments made by oil sands producers that help many Indigenous Peoples start long and fruitful careers in the sector.

Consultation funding ensures that Indigenous voices are heard throughout the lifetime of an operation by supporting project specific consultations, technical reviews, environmental studies and other related tasks. 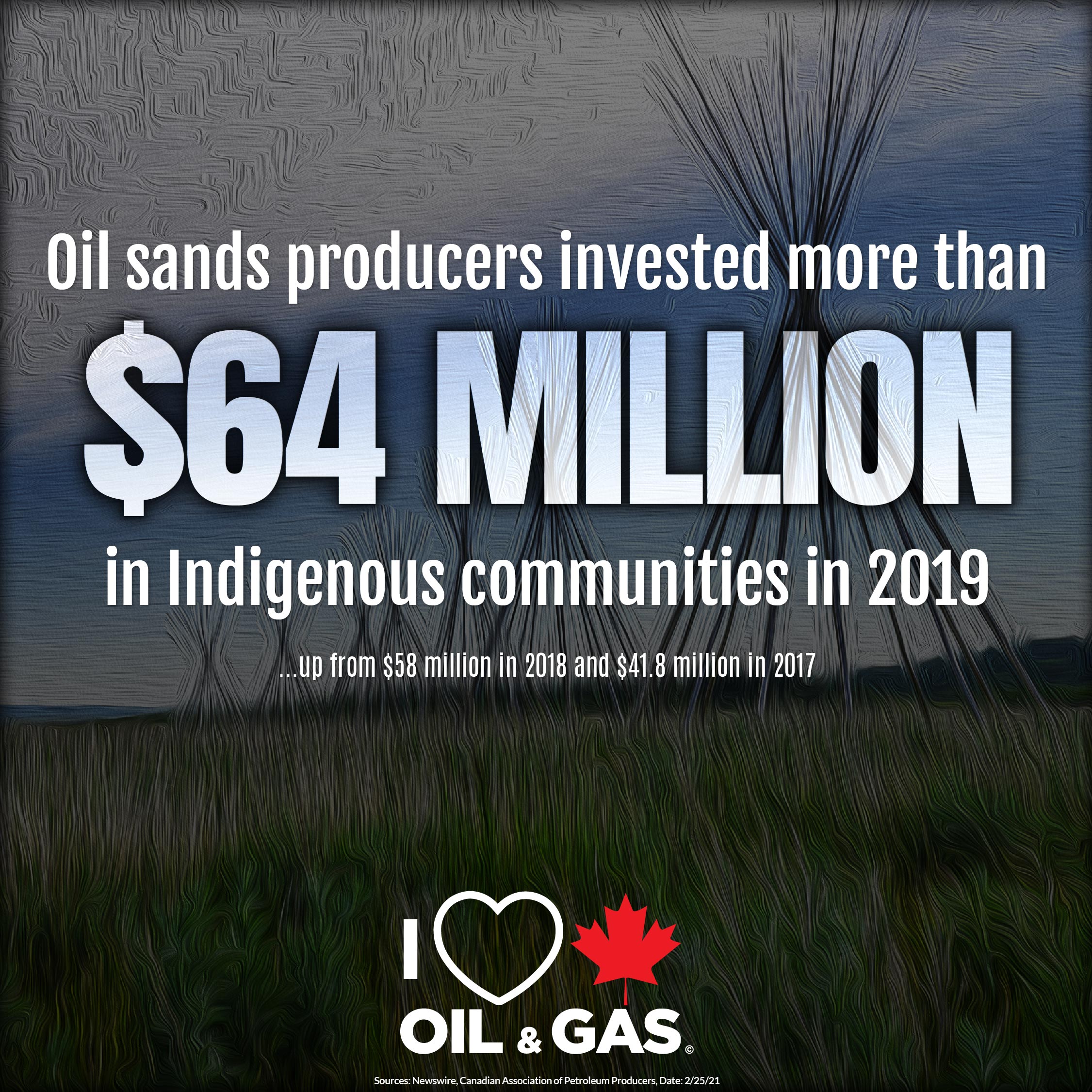 The oil sands sector works closely with Indigenous Peoples in support of their overall well-being and economic security. As shown above, the industry provides substantial opportunities for Indigenous-owned businesses, entrepreneurs and community members to be a part of the oil sands supply chain and reap the benefits.

Here’s more examples of how the oil sands industry has benefited Indigenous communities: 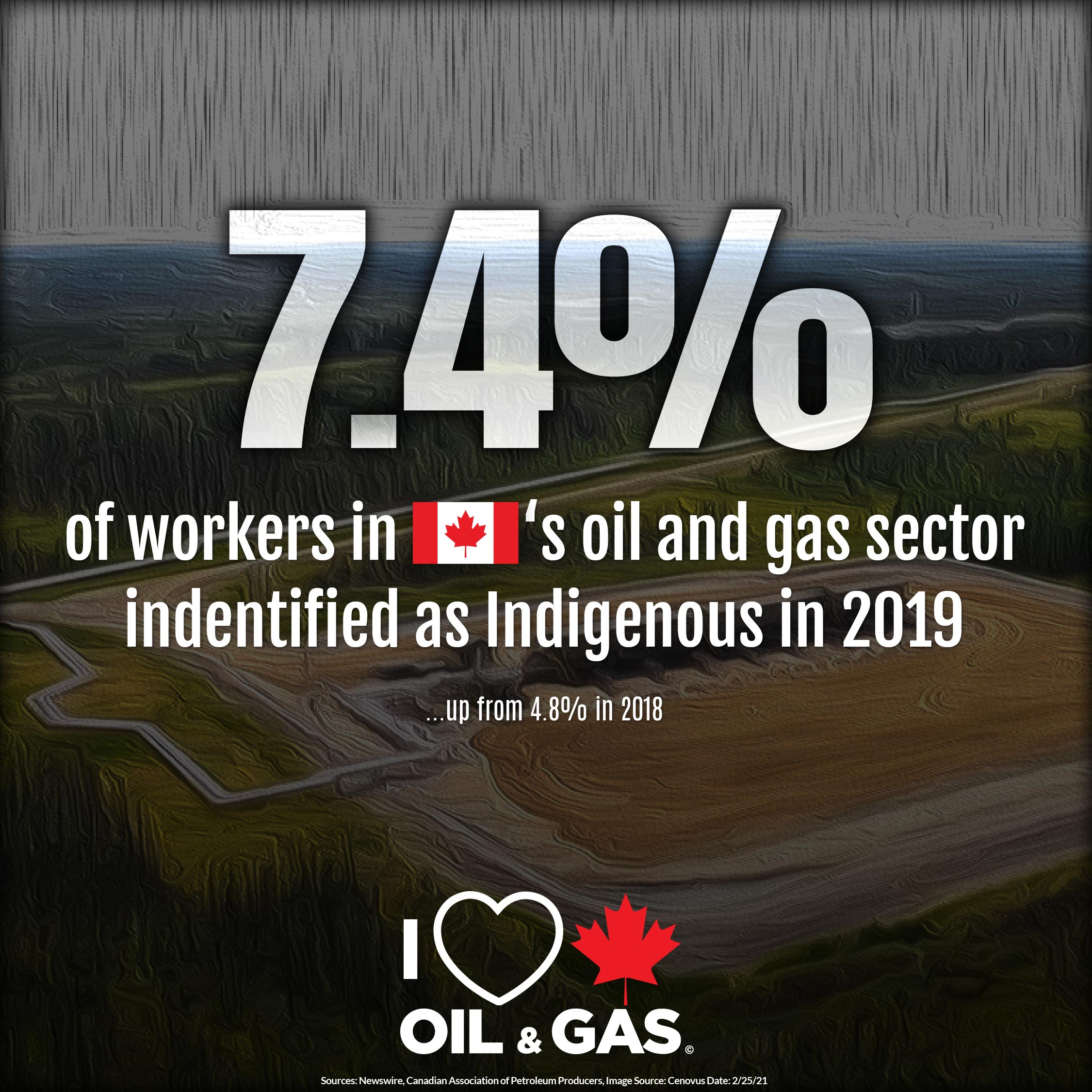 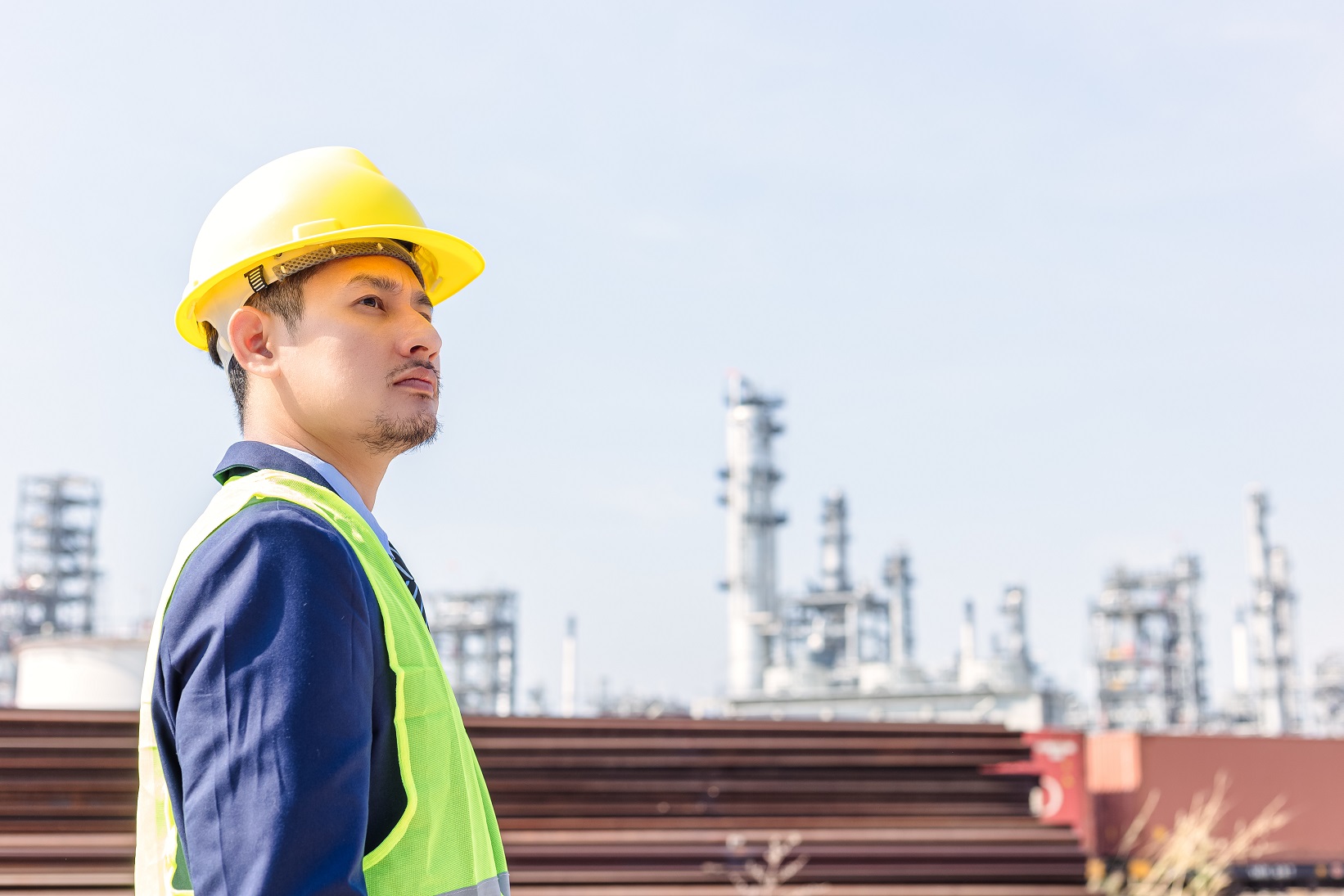 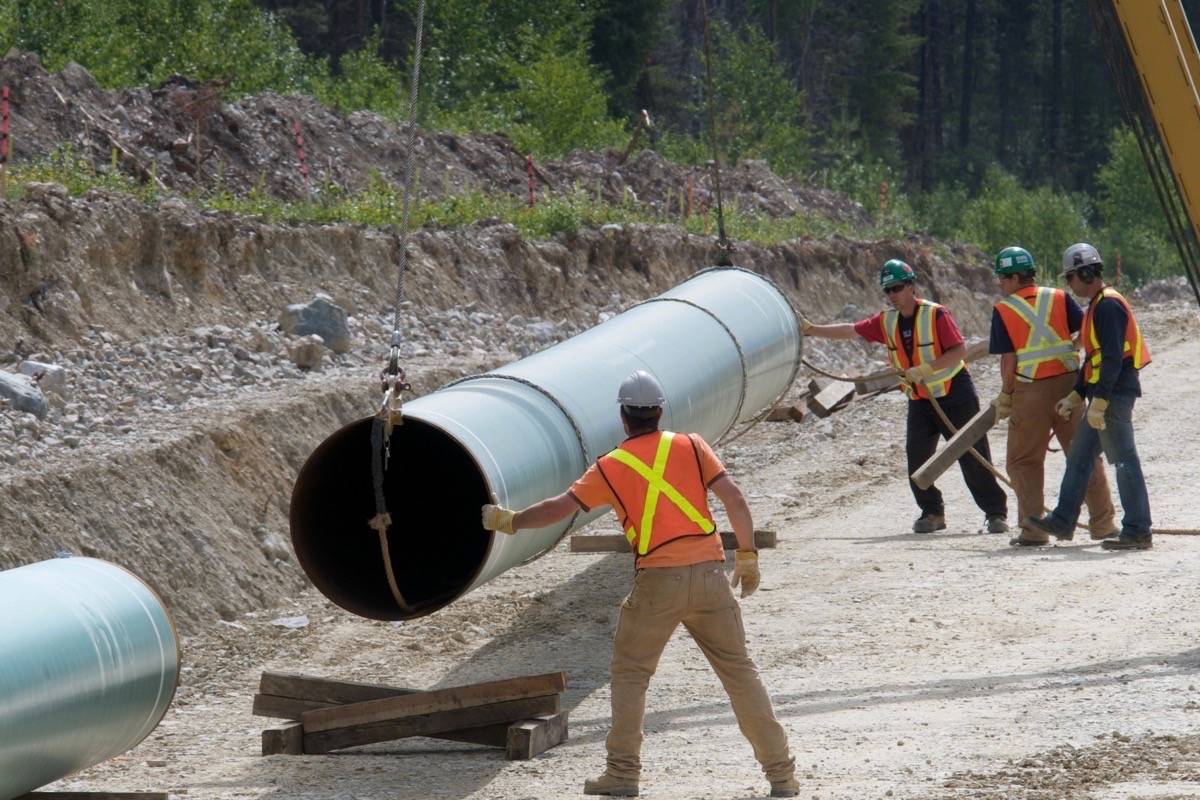 Do Indigenous Peoples in Canada support the Trans Mountain pipeline expansion (TMX) project? The answer is yes, and it's not just a few isolated communities that do either - 120 out of 129 Indigenous groups potentially affected by the pipeline either support TMX or do not opp...