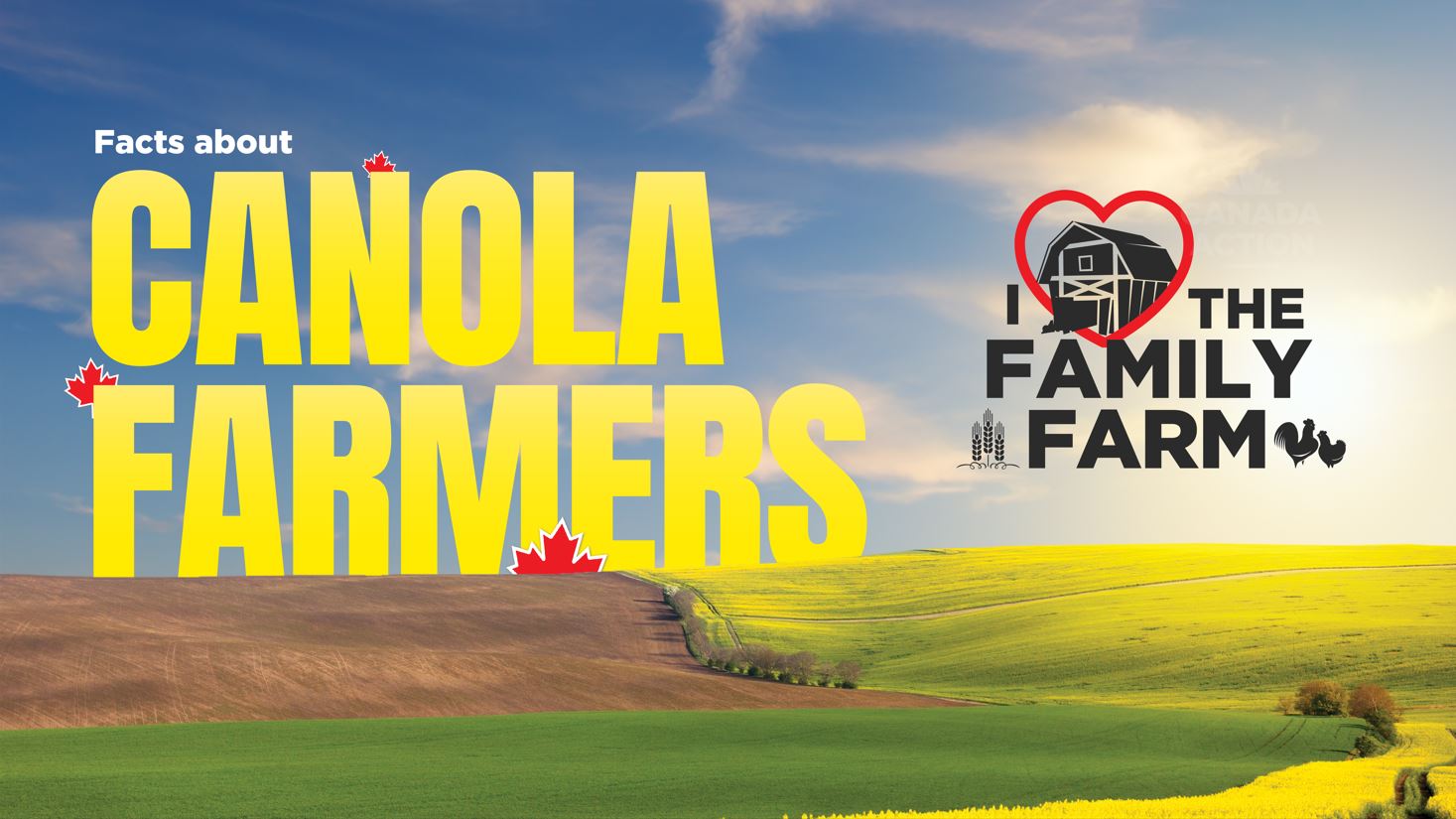 Bright yellow canola fields are an iconic summer scene experienced by locals and tourists alike in Western Canada. But what not many people know is that the canola plant is so much more than part of the beautiful scenery the prairie provinces are known for – it was made right here in Canada!

Canola is a Canadian success story to the core as Manitoba and Saskatchewan both had a share in its creation. Today, over 43,000 Canadian farmers produce 20 million tonnes of canola annually which are harvested and crushed to create canola oil or meal which is then used in a full spectrum of products.

Today, Canada is the single largest producer of canola globally and our farmers take great pride in bringing it to market using some of the most sustainable production methods seen around the world.

But wait, there are countless more reasons to support Canadian canola farmers that we want to share with you – here we go! Also see: 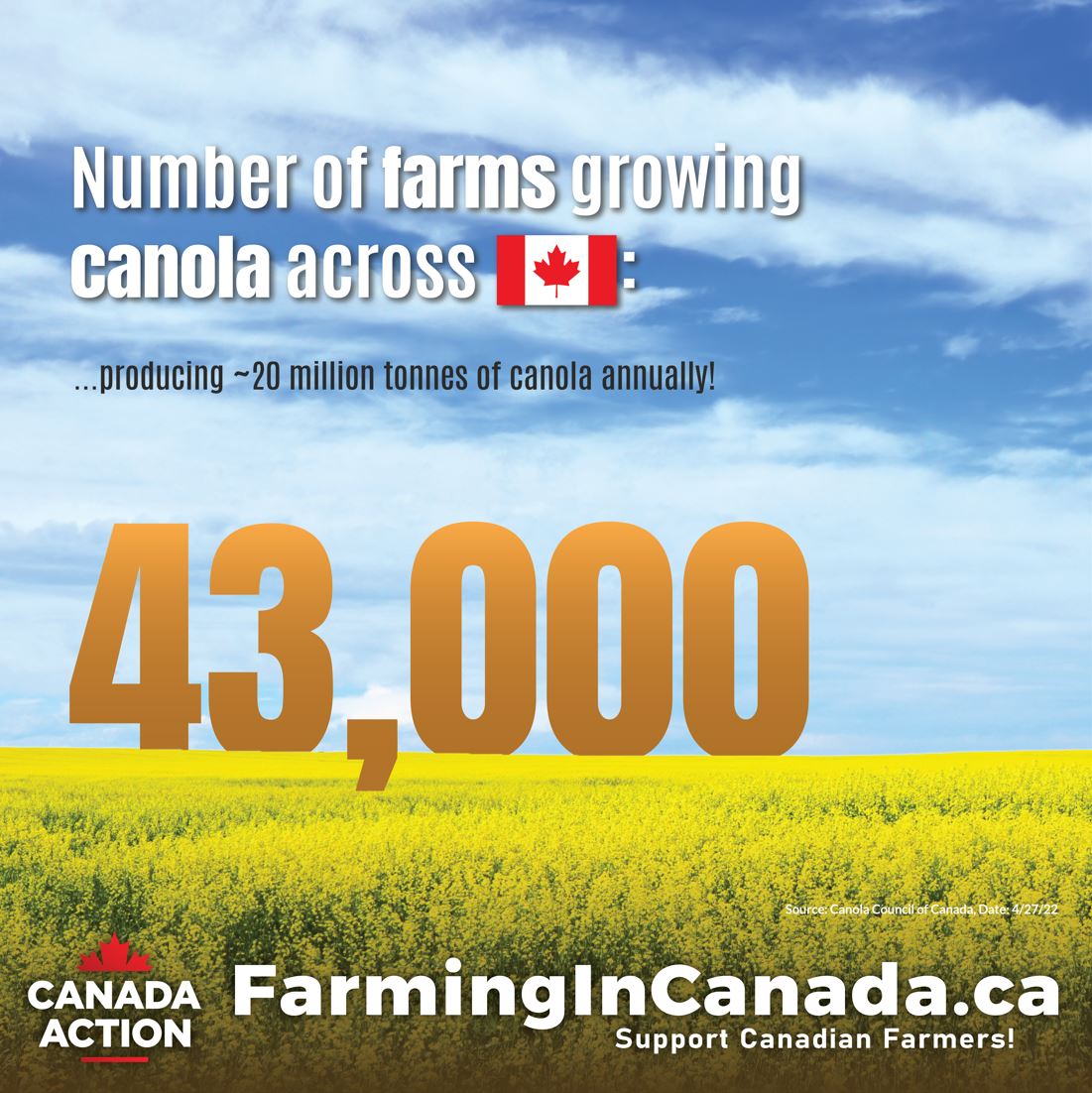 #1 - Canola is an economic powerhouse in Canada

The Canola sector’s contribution to Canadian families and the economy is something to not be overlooked. A few facts showing the importance of canola in Canada:

> Canola contributes $29.9 billion per year to the Canadian economy.

> These are well-paying jobs too as the total wage impact of the canola sector has increased by 80 per cent over the past decade.

> The canola sector generates $12 billion in wages for Canadians each year.

> Responsible farming practices allow Canadian farmers to sequester 11 million tonnes of greenhouse gas (GHG) in their fields each year. Approximately 70 per cent of all the carbon sequestered by Canadian field crops are via canola crops.

> A flowering canola field creates a yellow canopy that provides a cooling effect by reflecting the sun’s light away from the earth.

> Reduced GHG emissions by 71 per cent

> Reduced energy use by 43 per cent

> Through innovation, today's herbicide-tolerant varieties of canola have allowed farmers in Canada to reduce the amount of herbicide they use by 20 per cent since 1996.

> Canadian canola is used in biofuel production around the world. When blended into diesel fuel, it can be used by passenger vehicles as well as off-road equipment. 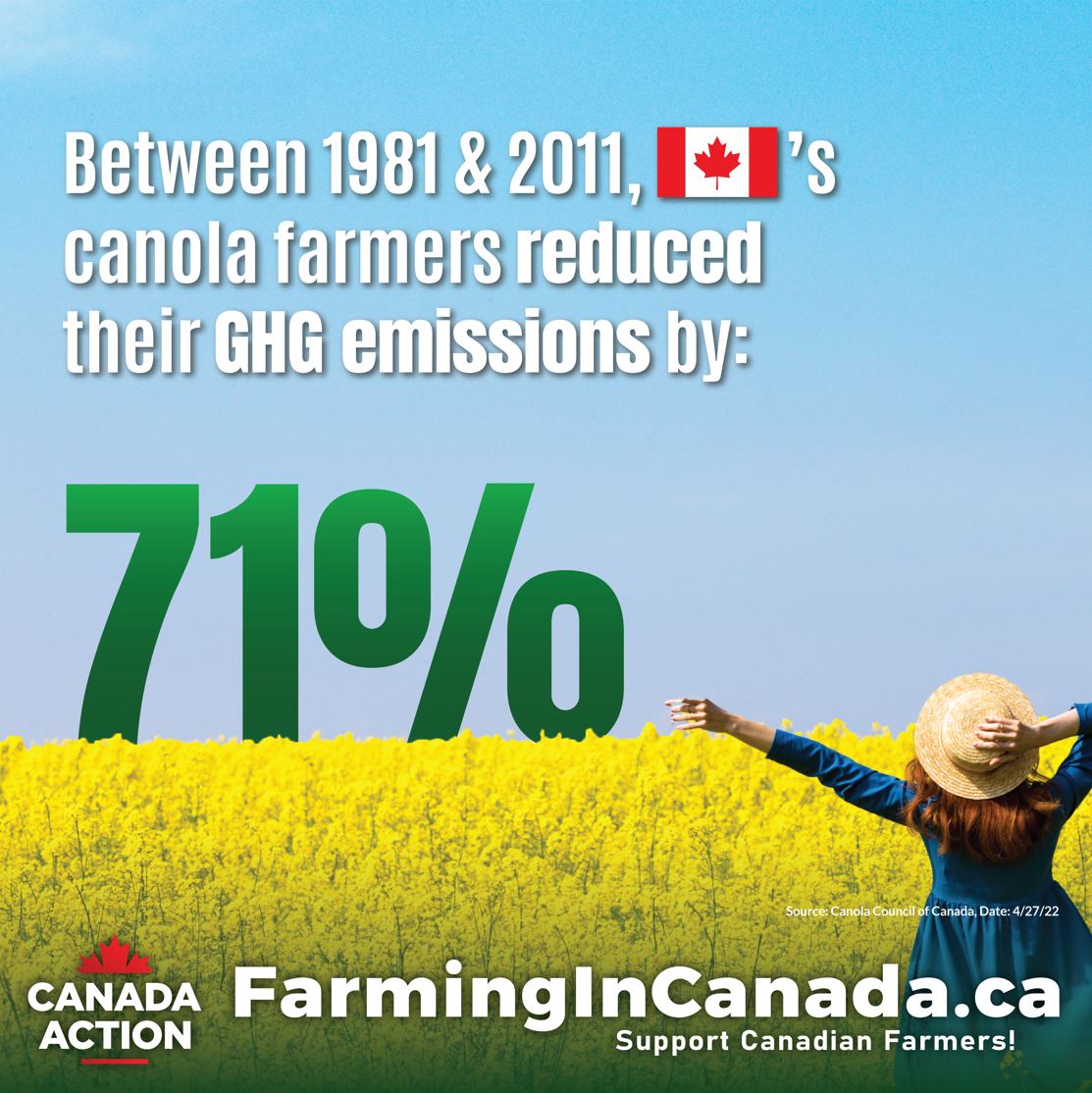 Canadian canola fields and honeybees have a beneficial relationship:

> While canola fields are self-pollinating, studies show that honeybee pollination can increase crop yields by up to 15 per cent. Meanwhile, the plants provide much-needed pollen and shelter for the insects.

> Canola fields are habitats for over 2,000 beneficial insects such as honeybees. Learn more about bees in Canada here.

> Over several decades, canola crops and honeybee colonies have shared a linear increase in numbers.

The Canola Council of Canada has a goal that by 2025 that Canadian canola farmers will:

> Further reduce fuel use by 18 per cent per bushel.

> Decrease the amount of land required to produce one tonne of canola by 40 per cent.

> Sequester an additional 5 million tonnes of GHG emissions a year.

> Continue to safeguard insects that use canola fields and surrounding habitat as homes. 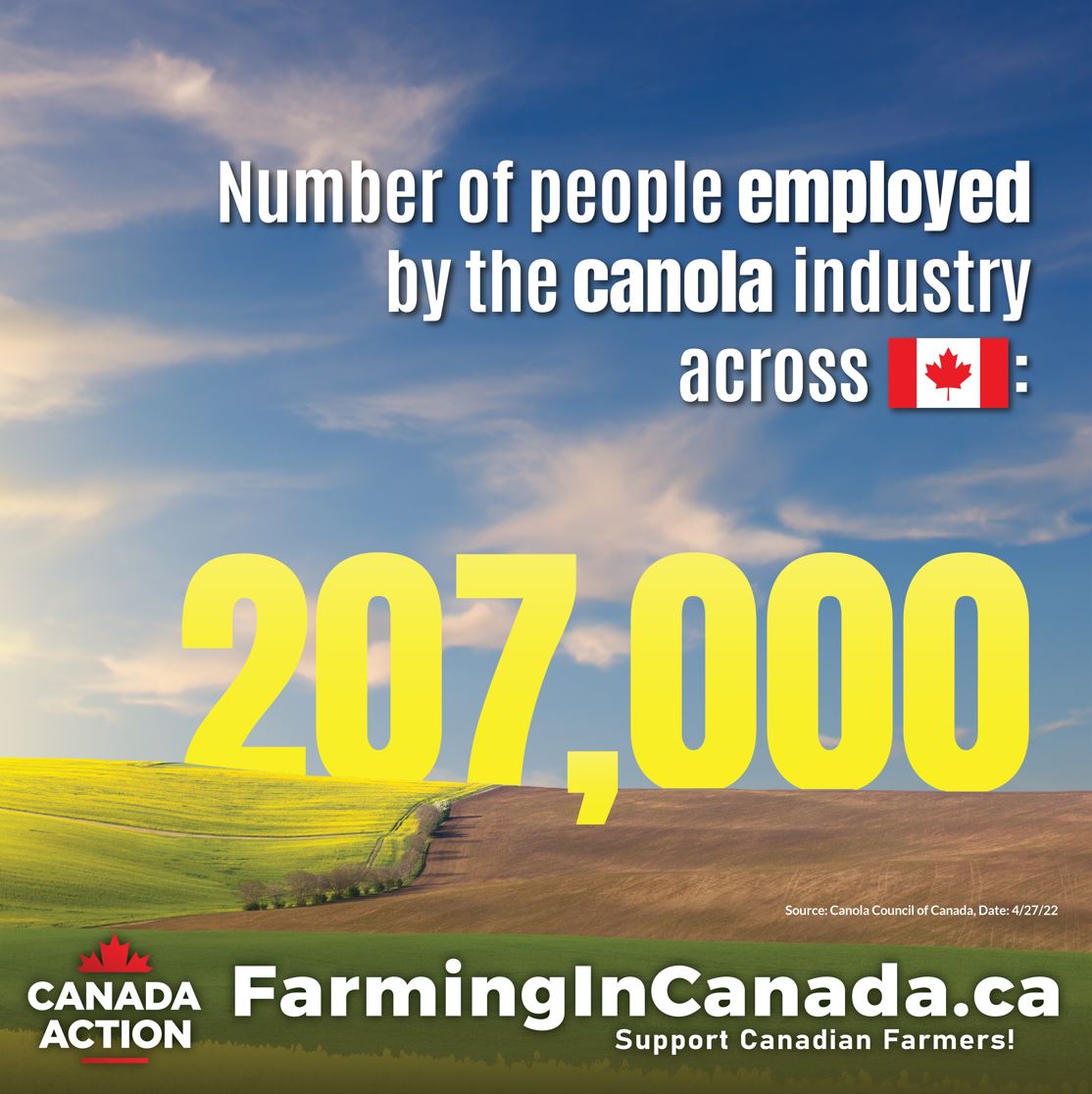 #5 - Canola oil is a heart-healthy oil

Support for Canadian canola farmers is support for our nation’s economic prowess, continued environmental progress and a heart-healthy oil. Canadian canola is an excellent choice whether you’re sauteing, stir-frying, grilling, baking, or making a salad dressing.

We invite you to join us on Twitter, Instagram and Facebook to learn more about how Canadian farmers are an integral part of our communities and country as a whole. If you’re making something tasty with Canadian canola, make sure to tag us as well!

Belarus' inability to ship potash through trade-isolated Russia is leading to a worse-than-expected supply crunch of the fertilizer. 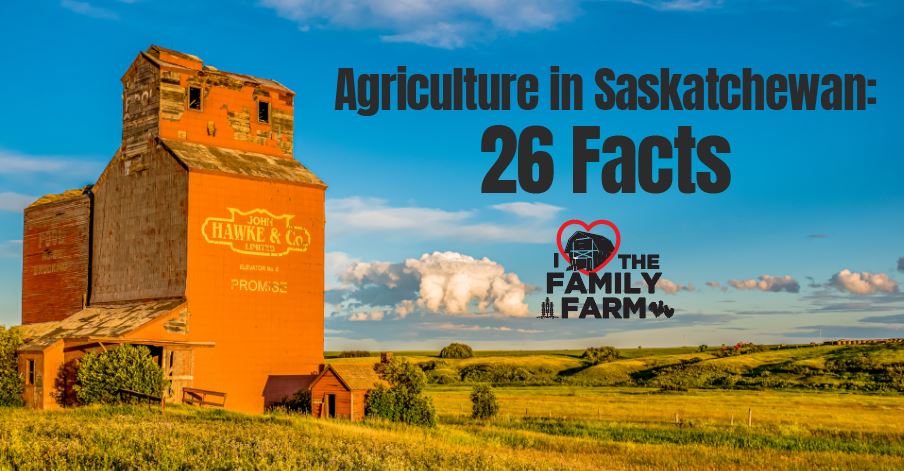 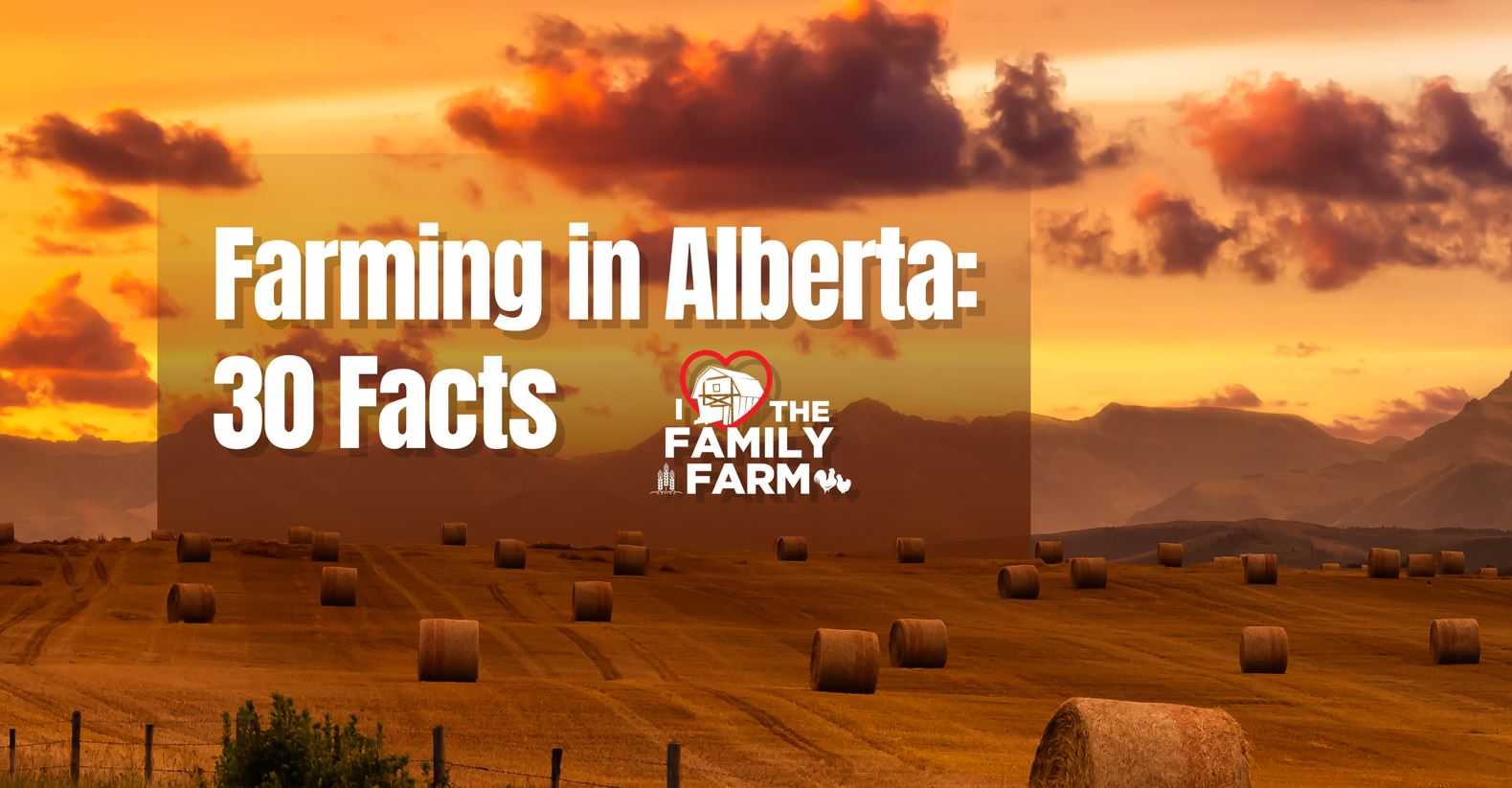 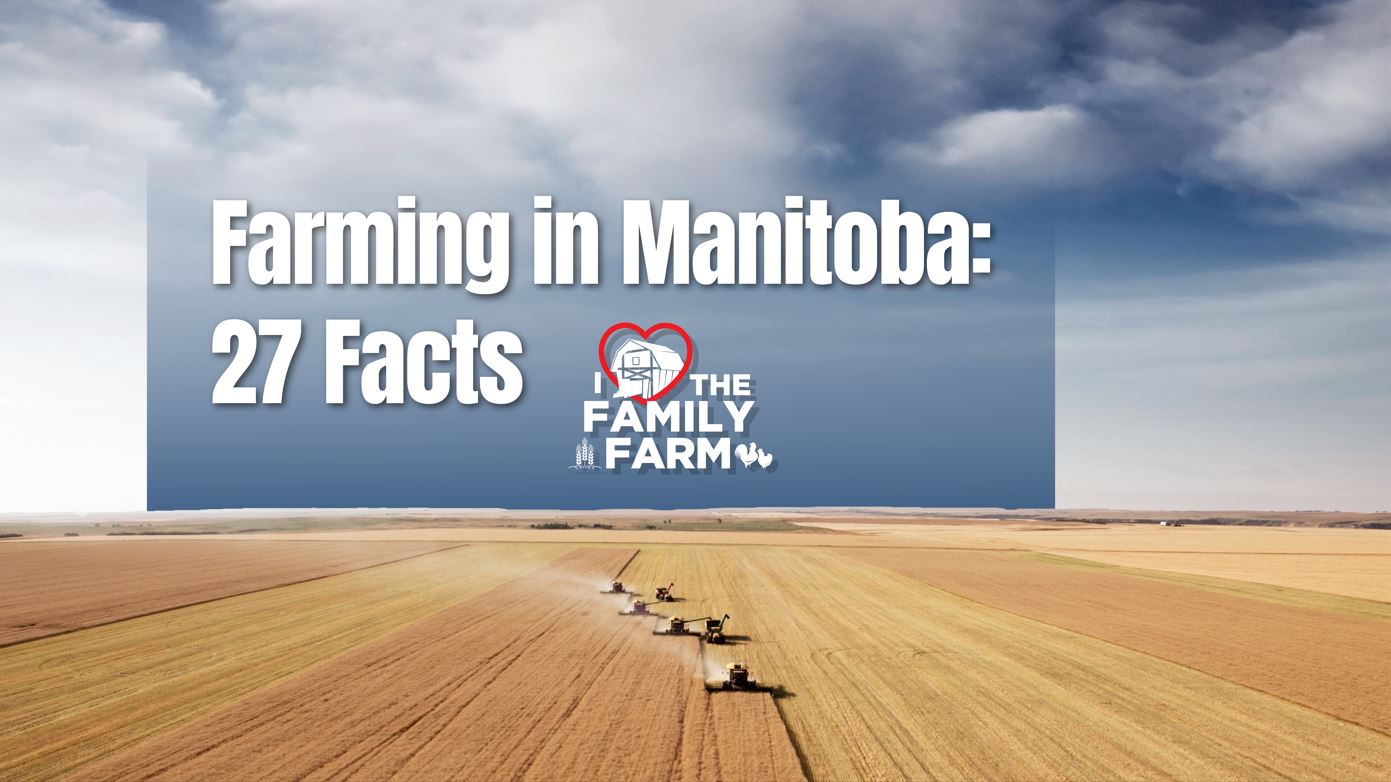 Farming in Manitoba has a proud and longstanding history. For several centuries before the arrival of the Selkirk settlers, agriculture was practiced by Indigenous Peoples across the province's soil-rich landscapes. Today, Manitoba is a global leader in sustainable agricultur...