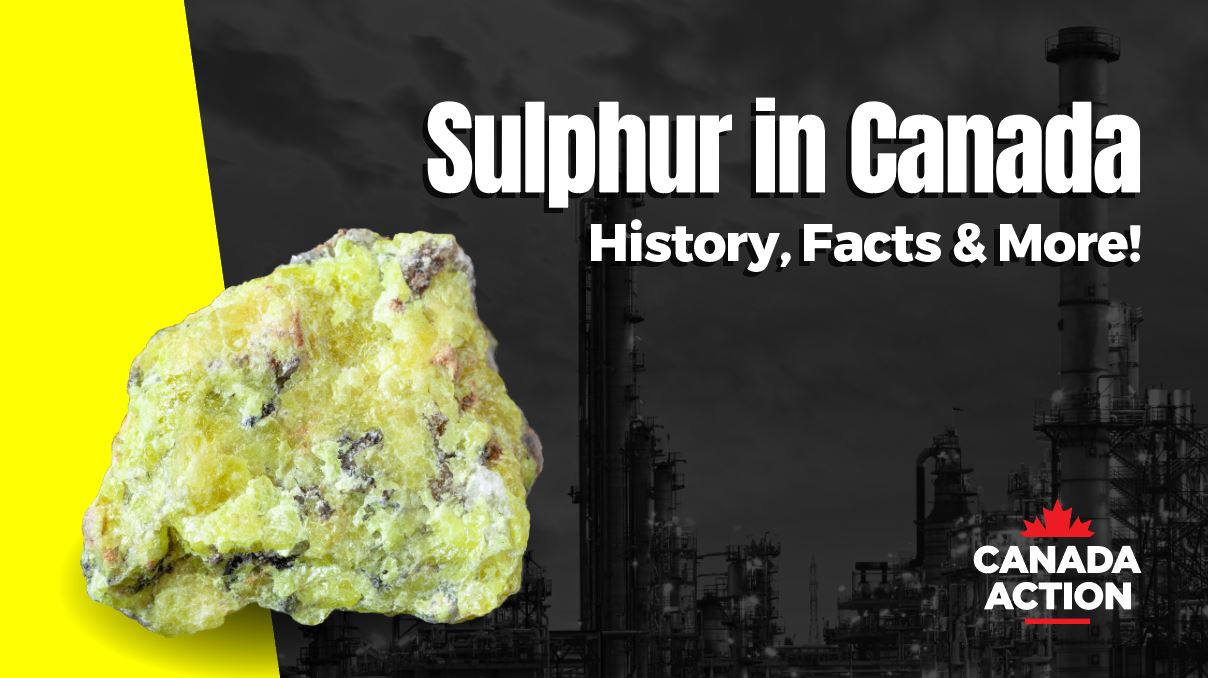 Did you know Canada was the world's sixth-largest sulphur producer in 2021 [4]? Although sulphur isn't known for its pleasant smell, the non-metallic chemical element is incredibly useful in our day-to-day lives.

Sulphur production began in Canada primarily as a byproduct of oil and gas extraction [1]. In the 1960s, Canada's oil sands were one of the largest sources of sulphur, with the extraction of the element occurring during the refining process. Alberta remains the largest sulphur producer across the country, while other supply sources include natural gas deposits in British Columbia and heavy oil refining in Saskatchewan [3][6].

Today, Canada is a leading producer of the element which is used in a broad array of industrial applications. To paint a clear picture of sulphur “mining” in Canada in the past, present and future, we've compiled several facts for you below. Also see: 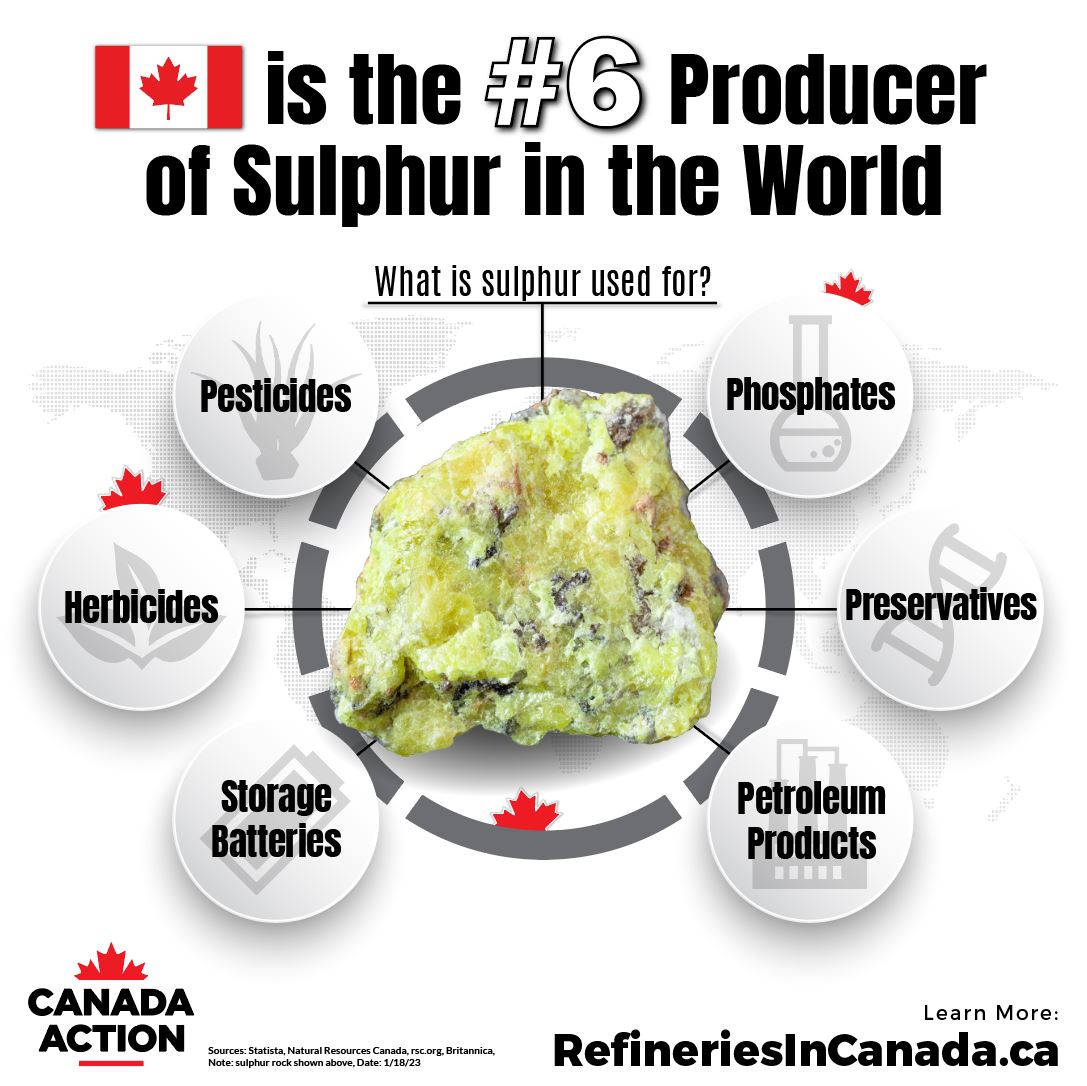 #7 - Humans have used sulphur for over 6000 years; it was used early on as a pesticide, and for medicinal, ceremonial, and religious purposes [3]

#8 - In Alberta, sulphur is produced in its elemental form. However, sulphur can also be found in nature in the form of elemental sulphur or as a component in sulphide minerals.[3]

#9 - Approximately 90% to 95% of elemental sulphur is used to produce sulphuric acid, used to manufacture a variety of fertilizers [2]

Where is Sulphur Found in Canada? 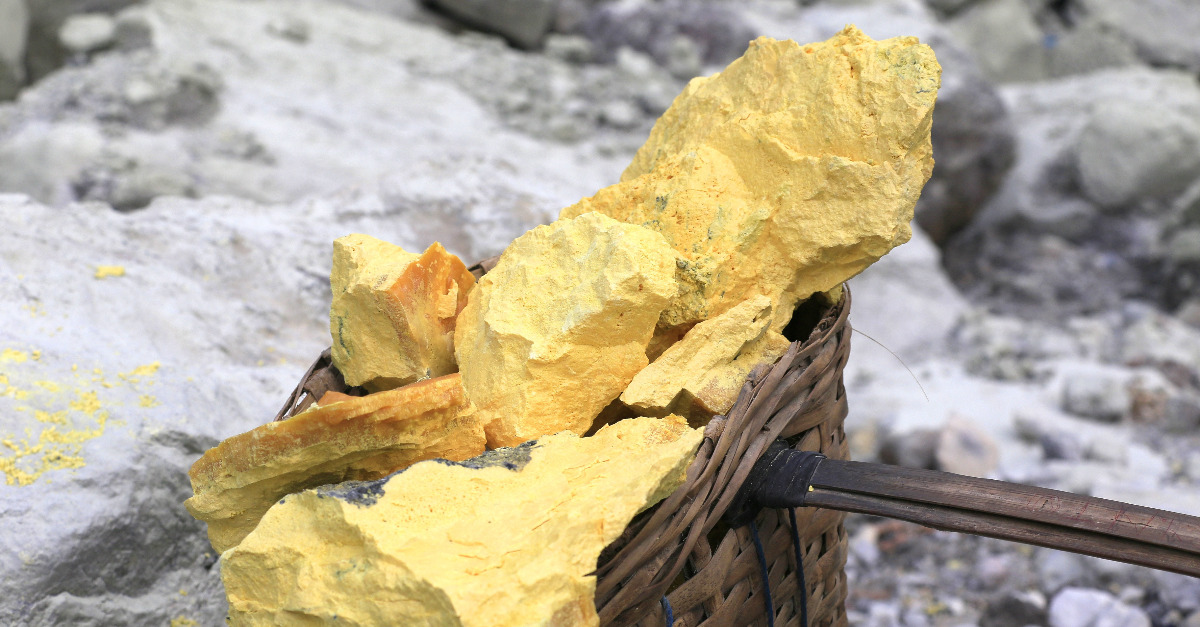 Although some smaller projects existed before Canada's energy industry emerged, sulphur production proliferated as a byproduct of natural gas and oil extraction.

Sulphur is mainly found in the Western Canadian Sedimentary Basin, which encompasses parts of Alberta, British Columbia and Saskatchewan. Alberta is the largest producer of sulphur, producing about 4 million tonnes per year, whereas British Columbia is the second largest producer but produces ten times less annually [3]. The element has also been recovered from heavy oil upgrading in Saskatchewan in the past [6].

History of Sulphur in Canada

Canada's sulphur production history goes back by more than a century. In 1921, the first plant in Canada to chemically scrub hydrogen sulphide (H2S) from sour natural gas was built in Turner Valley, Alberta. However, it wasn't until 1952 that the first plant to extract H2S from natural gas and convert it to sulphur was built at Jumping Pound, just west of Calgary [7].

In the mid-1970s and since the mid-1990s, a drop in sulphur exports led to the creation of stockpiles in the form of large blocks located chiefly in Alberta. In 1981, these blocks contained more than 20 million tonnes of solidified sulphur reserves, reduced to less than 3 million tonnes in the early 1990s due to increasing global demand. However, since 1993, global demand has outstripped supply, leading to reblocking of sulphur in Alberta [6].

What is Sulphur Used For? 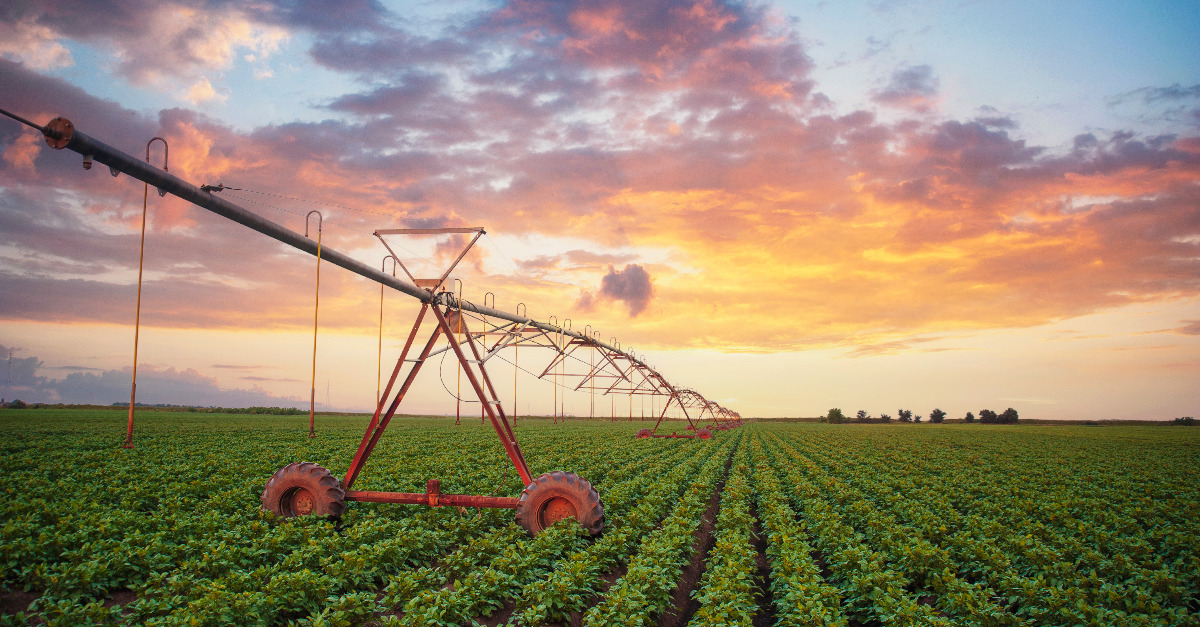 Sulphur is a versatile element with many different uses across various industries.

The most common use of sulphur is in producing fertilizers which are essential for meeting the global food demand. In agriculture, it is also used as an ingredient in fungicides and pesticides to protect crops from disease and insects.

In the rubber industry, sulphur is used as a vulcanizing agent, which improves the elasticity and strength of rubber products. The pharmaceutical industry also uses sulphur as a key component in the production of certain drugs and supplements.

In the metal industry, sulphur is used to produce steel and other alloys and to extract precious metals like gold and silver. Additionally, the element is a key component in the manufacturing of batteries and fireworks [7].

Along with oil and gas production in Alberta, British Columbia and Saskatchewan, sulphur is produced under one of the most stringent regulatory systems in the world.

Without sufficient sulphur supplies, global fertilizer production could potentially decrease and lead to less food on the world stage. This is particularly concerning as Earth's population is expected to continue to grow, putting even more pressure on food production to keep up with demand.

As long as the world needs sulphur in agricultural products, textiles and other day-to-day applications, it should come from the most responsible sources of supply - like Canada, a global leader in Environmental, Social and Governance (ESG) metrics worldwide.

We invite you to join us on Twitter, Instagram and Facebook to learn more about the positive influence natural resources have in our lives and how we should be a global supplier of choice for oil, natural gas, minerals, metals, forest products, agricultural products, and everything in between. We hope to see you there!

3 - U of A. Minerals of Alberta. Date accessed: January, 2023 (https://www.ualberta.ca/earth-sciences/facilities/collections-and-museums/minerals-of-alberta/sulfur.html) 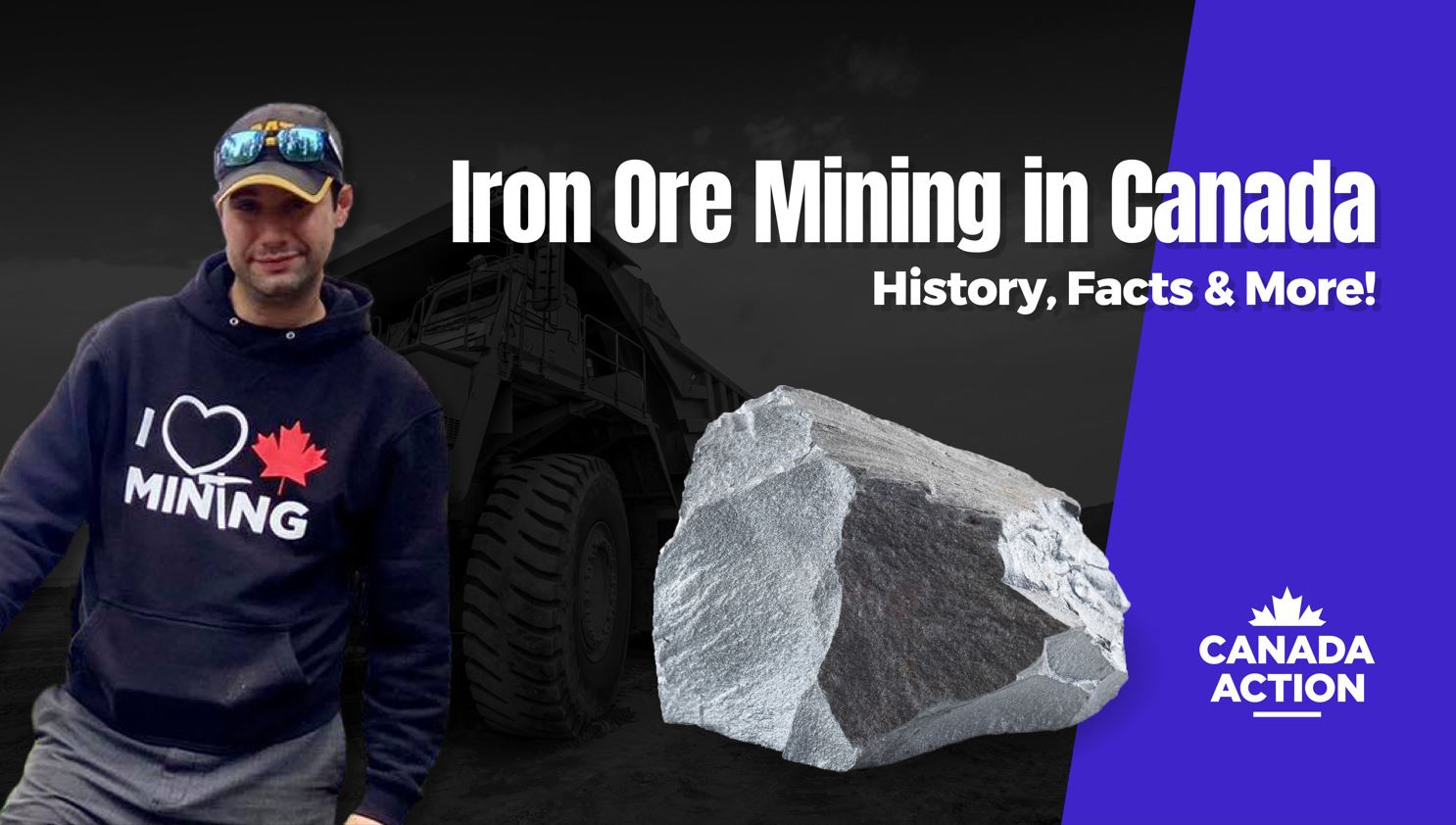 Iron Ore Mining in Canada: Everything You Need to Know

Did you know Canada consistently ranks as a top 10 global iron ore producer? Iron ore is a critical material used in steelmaking, which is then used in construction, transportation, energy infrastructure and household appliances to name a few of its broad applications. Today,... 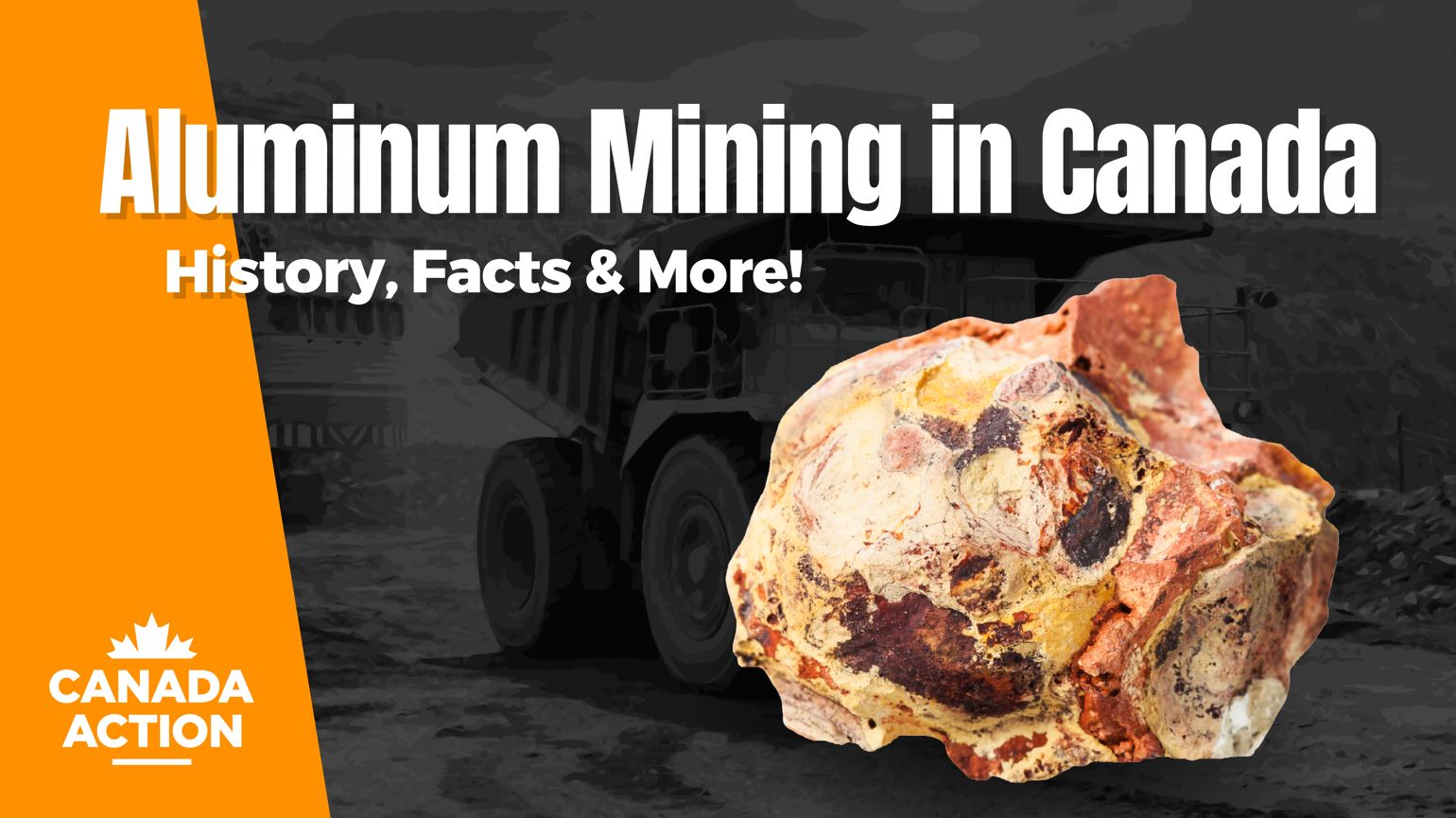 Aluminum Mining in Canada: Everything You Need to Know

Did you know that Canada is a global leader in aluminum production?! Aluminum is used in a full spectrum of applications including in many day-to-day consumer products. The lightweight metal is a crucial component in vehicles, planes, appliances, cans, kitchen utensils, smart...

Did you know that Canada is a global leader in copper production?! Copper is a soft, malleable and corrosion-resistant metal with the ability to conduct heat and electricity. Because of its conductive properties, the metal is a critical component in countless day-to-day produ...