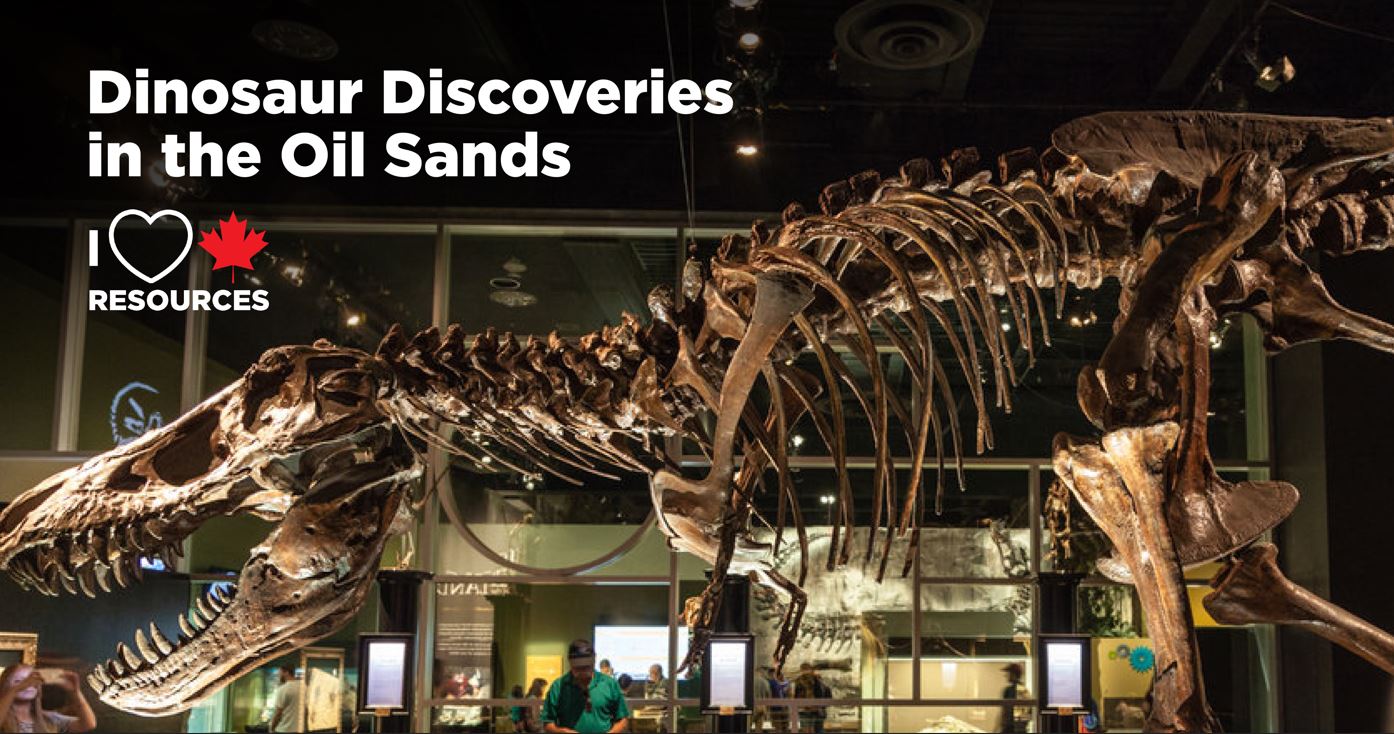 Canada’s oil sands is home to an essential source of energy used to fuel our modern-day lives. But not many people know that the oil sands are also home to a lesser-known, but equally important part of history – dinosaurs!

Alberta is widely known for its abundance of dinosaur activity. Over the years, hundreds of dinosaur fossils have been discovered and excavated in the oil sands, with the Royal Tyrrell Museum working as the provincial home of research and preservation for such discoveries.

And with such contributions to humanity's historical record of dinosaurs comes great recognition. Today, the oil sands are now referred to by the New York Times as an area that “has been coughing up fossils since the beginning of recorded time.” 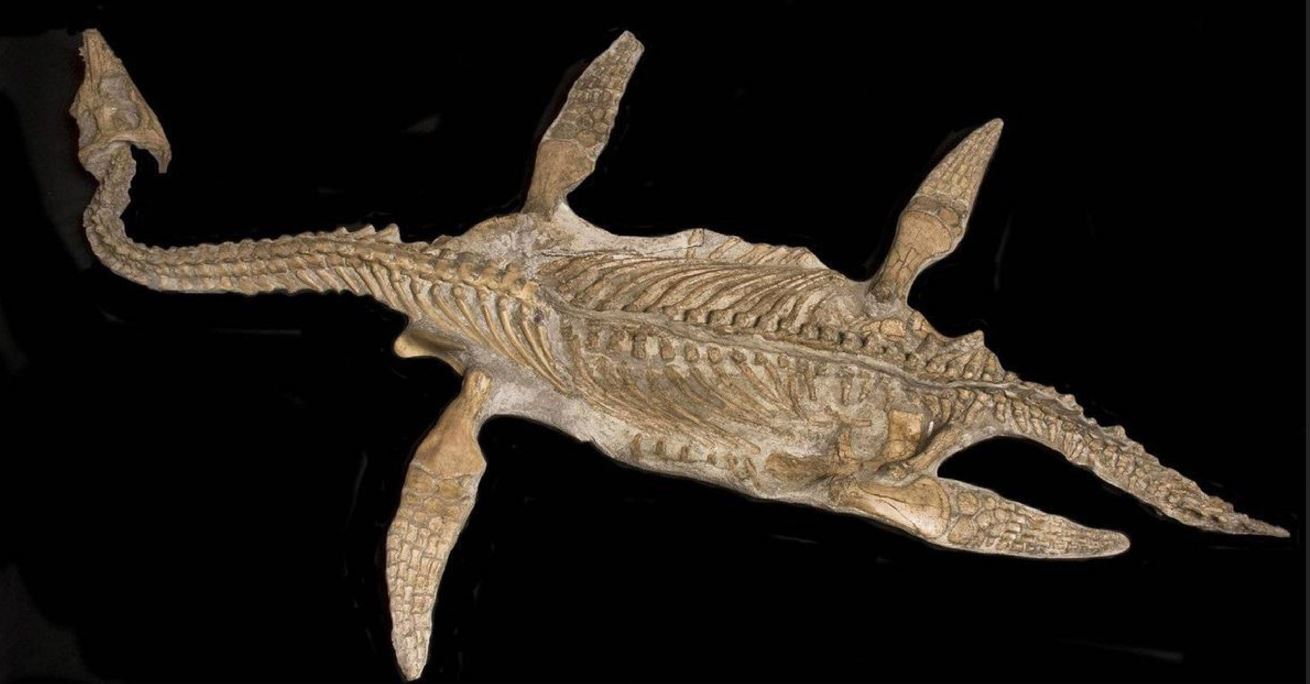 Plesiosaur - The Globe and Mail

When oil sands operators come across dinosaur fossils, the discovered items become the property of the Alberta government under law. As a result, Canadian natural resource companies actively take part in discovering invaluable evidence and information about dinosaur activity.

Supporting Canadian jobs and communities while unearthing important pieces of our planet’s history is something that we all can support.

One of Alberta’s most significant discoveries was found in 2011 when Maggy Horvath, a heavy equipment operator, spotted the remains during her shift. The plesiosaur, with an example seen above, “…hunted fish with its long neck and a big mouth full of sharp, pointy teeth 100 million years ago.”

That same year, another oil sands worker discovered one of Alberta’s oldest fossils while on duty in Fort McMurray. Six years and thousands of hours of work later, the fossil was put on display at the Royal Tyrrell Museum in 2017. 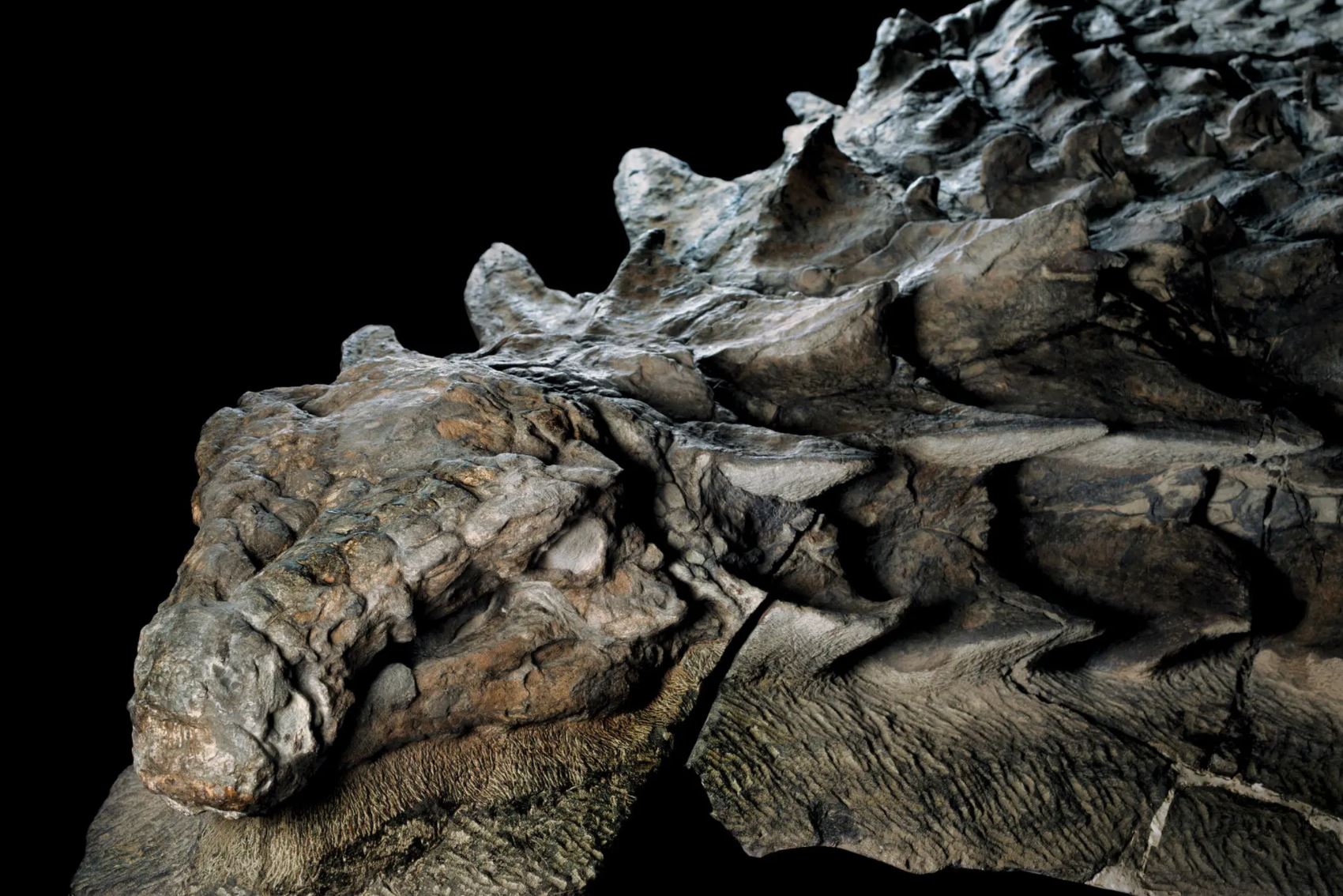 The borealopelta markmitchelli fossil (above) was not the only of its kind to be displayed in the Albertan museum. An exhibit titled “Grounds for Discovery” highlights dinosaur fossils discovered by various industrial activities across the province. From oil sands operations to the building of housing developments and roads - Alberta is abundant with proof of dinosaur activity.

Dr. Don Brinkman, the Royal Tyrrell Museum’s Director of Preservation and Research, stated that in creating the exhibit, his team “...wanted to highlight some of the great specimens in our collection and… acknowledge some of the support we’ve got from industry that has resulted in preserving these specimens.”

Collaborative efforts between paleontologists and natural resource companies have ensured that these priceless pieces of history, and many others like them, are preserved and showcased worldwide.

Regulations surrounding the discovery of fossils highlight just one of the many examples of how Canada’s energy sector is world-class when it comes to ethical and sustainable practices.

Dr. Brinkman speculates that many discoveries fly under the radar in areas outside of Canada where the reporting of fossils is not mandated by law.

Apart from being used in thousands of different processes and applications in our daily lives, the oil sands are much more than just a significant source of energy for Canadians and the world.

The discovery and preservation of dinosaur fossils by Canada’s energy sector is critical to developing our historical knowledge of the unknown - of stunningly beautiful dinosaurs who roamed the planet millions of years ago.

Today we would like to send extra gratitude to all of the strong Canadian women that fuel our natural resource sector.