Canada is a vast country with a diverse array of industries from coast-to-coast-to-coast. As a country we are fortunate to be surrounded by the Arctic, Atlantic and Pacific Oceans and have a thriving fishing industry in Canada because of the opportunity they provide.

We have a ton of lakes everywhere you look in Canada too! With nearly 32,000 of them across the country, there's plenty of opportunity for inland fishing as well.

Often enough, the fishing and seafood industry is one sector of Canada’s economy that doesn’t seem to get the credit it deserves. It is a major economic driver for both coastal rural communities and major urban centres alike.

We want everyone to know how important the fishing industry in Canada is to tens of thousands of people across the country. The best way to do that is to explain it to you, by the numbers! Also see: 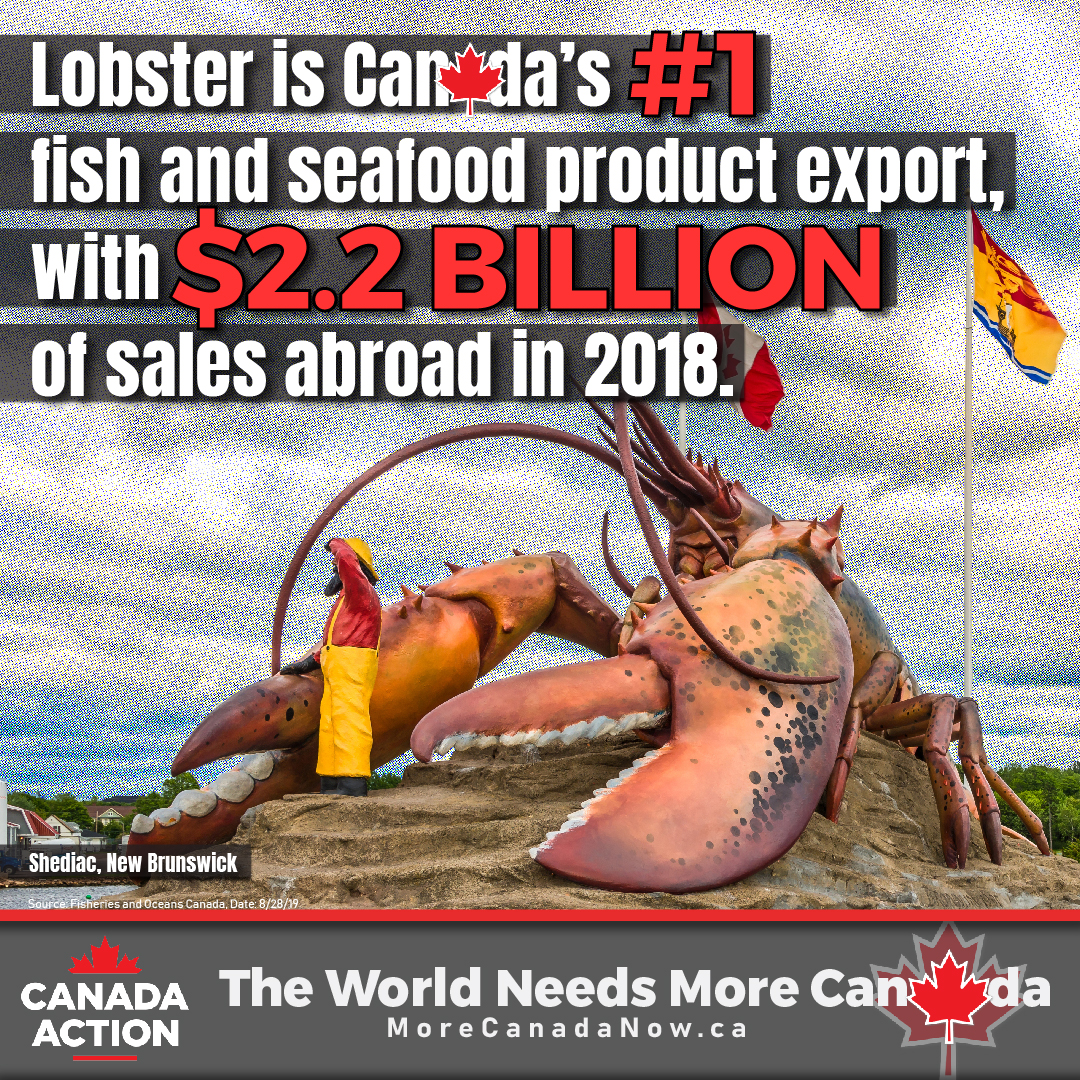 About 72,000 people are employed by the fishing industry in Canada in primary harvesting, aquaculture or processing.

Exports are a major part of the fish and seafood industry. A majority go to our top trading partner but also reach China, Japan and Europe.

In 2018, Canada exported a whopping $6.9 billion in fish and seafood products to nearly 140 countries worldwide:

Employment in harvesting processing and aquaculture are found across the country except for Alberta and the Yukon.

It’s surprising to see how many jobs the fishing industry in Canada supports in provinces like Manitoba and Saskatchewan.

Vessels and Establishments Across Canada 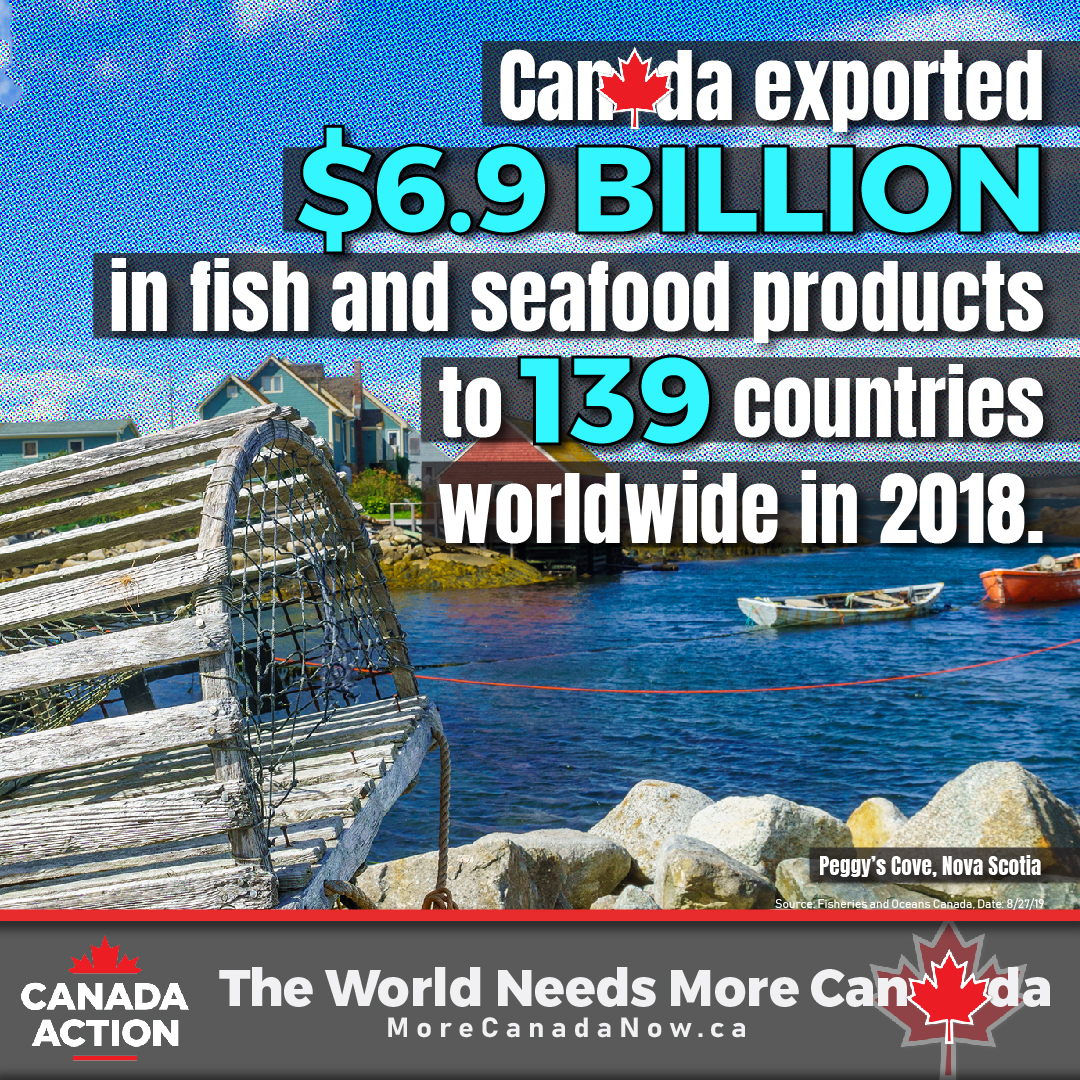 It’s also surprising to see just how many fishing vessels and aquaculture establishments there are across the country. But what's not surprising is that most are found on the Atlantic coast.

British Columbia was the main producing province for:

Ontario produced the most trout while Prince Edward Island did so for Mussels and Nova Scotia for other shellfish.

Also, not surprisingly a majority of lobster was produced on the Atlantic coast.

Note the picture above Shediac in New Brunswick... it's often said that this is the lobster capital of the country!

An industry that draws on our oceans must be sustainable to not only protect the environment, but also allow continued prosperity for future generations of Canadians to come.

Various levels of governments are actively involved in ensuring that farming and harvesting fish and seafood stocks are done in a responsible way.

Nationally, we spend about $130 million each year on monitoring, control and enforcement across the country, and are proud to have one of the most advanced sustainable fishery and seafood programs in the world.

This is just one example of Canada’s leadership when it comes to sustainability and environmental protection, not just in the fishing sector, but across all industries from coast-to-coast-to-coast.