Canada’s oil and gas industry has been in the spotlight for many years, but not because it has been named the top oil producer in the world or is now the third largest LNG exporter (headlines which are true for the USA).

Rather, the spotlight has been the result of a decade-long effort to block Canadian energy from reaching global markets called the Tar Sands Campaign.

It aims “…to land-lock the tar sands so their crude could not reach the international market where it could fetch a high price per barrel.”

CorpEthics goes on to say “This strategy is successful to this day. All the proposed pipelines in Canada have effectively been blocked.”

(Note: CorpEthics has since changed the original version of its Tar Sands Campaign page quoted above, after the CBC aired a segment on Wendey Mesley's The Weekly in early 2019). 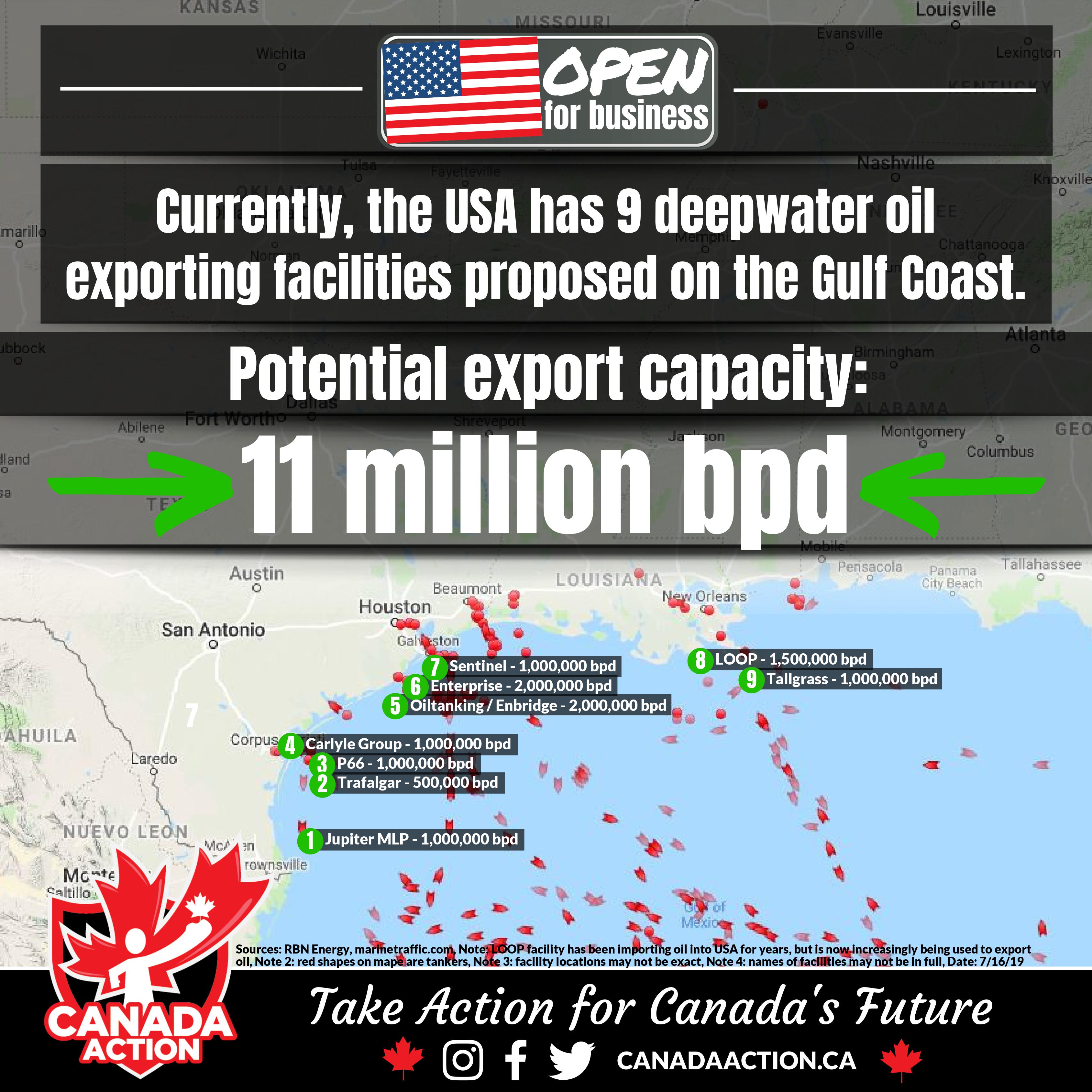 More than a decade since this campaign started the United States has now doubled its oil production and is now the world’s top oil producer.

In fact, 2018 was a record year for the U.S. with an average of 5.6 million barrels of petroleum product exports a day. The country also accounted for 98% of global oil production growth the same year.

The U.S. knows that global oil and natural gas demand are growing and will grow for many years to come. So why wouldn’t they build several pipelines from the Permian Basin to the Gulf Coast, or begin construction on several new LNG export terminals?

Just look to the economic benefits that some regions of the United States are experiencing as a result of the shale oil and gas boom in the USA.

Meanwhile, the Energy Information Administration (EIA) predicts the USA to account for more than half of the world's increased oil production by 2025 and become one of the leading global exporters in the process.

Global Oil Market is Growing - With or Without Canada

What the Tar Sands Campaign and its huge umbrella of organizations have failed to mention in every assault they have made on Canada’s oil and gas sector is that global demand for oil is growing.

Not just this year, or the next, but for decades to come.

They fail to mention that if not from Canada the world will still get its oil from somewhere, likely from a less environmentally responsible producer. That means more harm to the global environment.

For example, of the world’s oil nations, only 10.5% of global crude oil production is subject to carbon pricing – around nearly half of which comes from Canada. 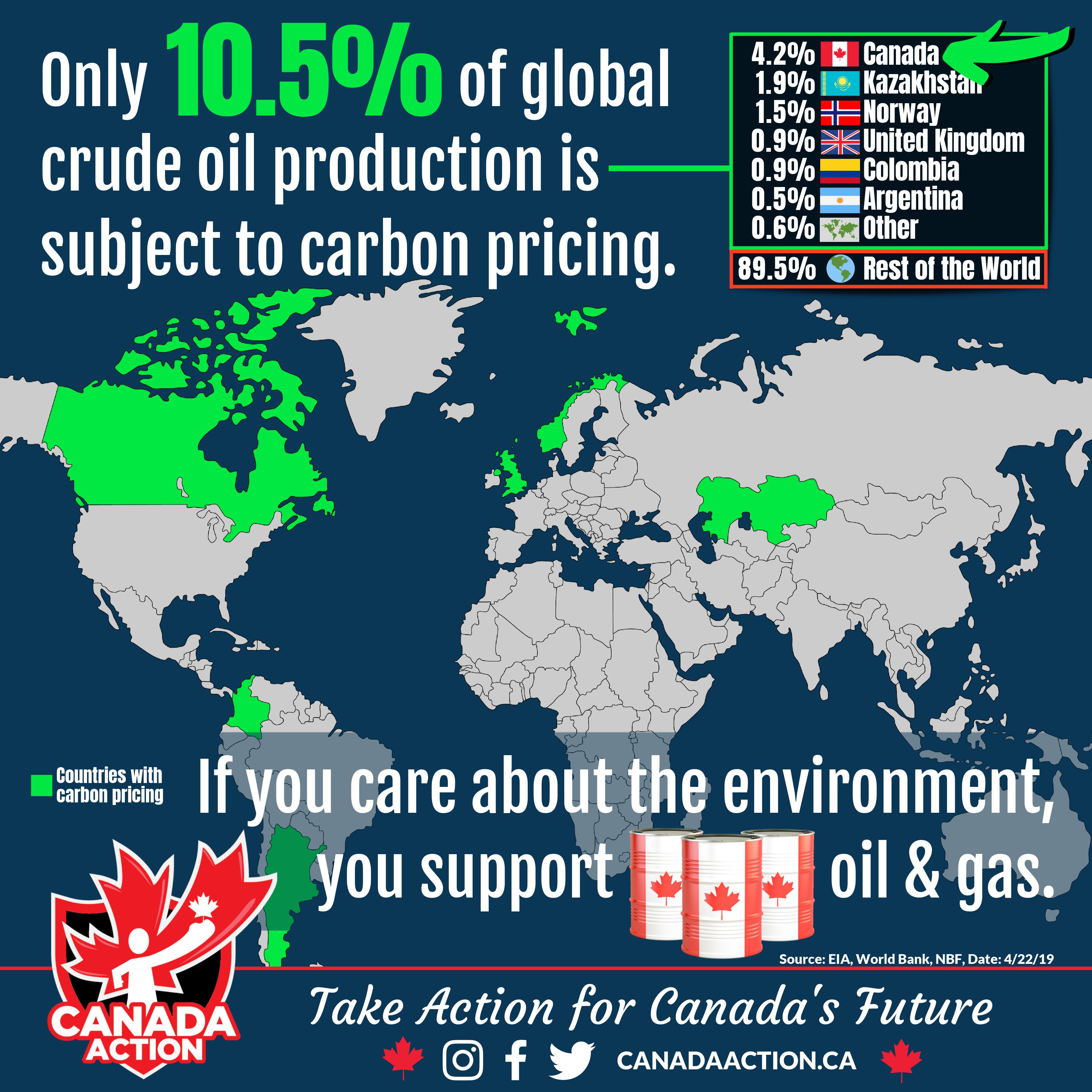 Furthermore, greenhouse gas emissions intensity for new projects in the oilsands are now equal to or lower than that for the average barrel of crude produced globally.

They must fully reclaim any disturbed land back to its original state. These companies also spend by far the most on clean technology and environmental initiatives in Canada. Also see:

You would think that with such responsible resource development in comparison to most of the world’s other top oil exporters that Canada would be a preferred supplier.

Well, according to a recent Global Pulse Survey by Ipsos, it is!

But Canada is limited from filling that role by its energy infrastructure - or lack thereof. Despite growing global demand for oil, it doesn’t have the access it needs for oil exports to international markets like it should.

With or without Canadian participation in the global market, oil demand will continue to grow for decades to come.

The next time you hear a person say that the world doesn’t need any new oil projects or production, think again. Oil demand is growing and Canada should be the world’s choice supplier for as much market share as possible.

Here are several infographics showing you some of the most recent oil demand predictions from some of the world’s most respected energy outlooks. 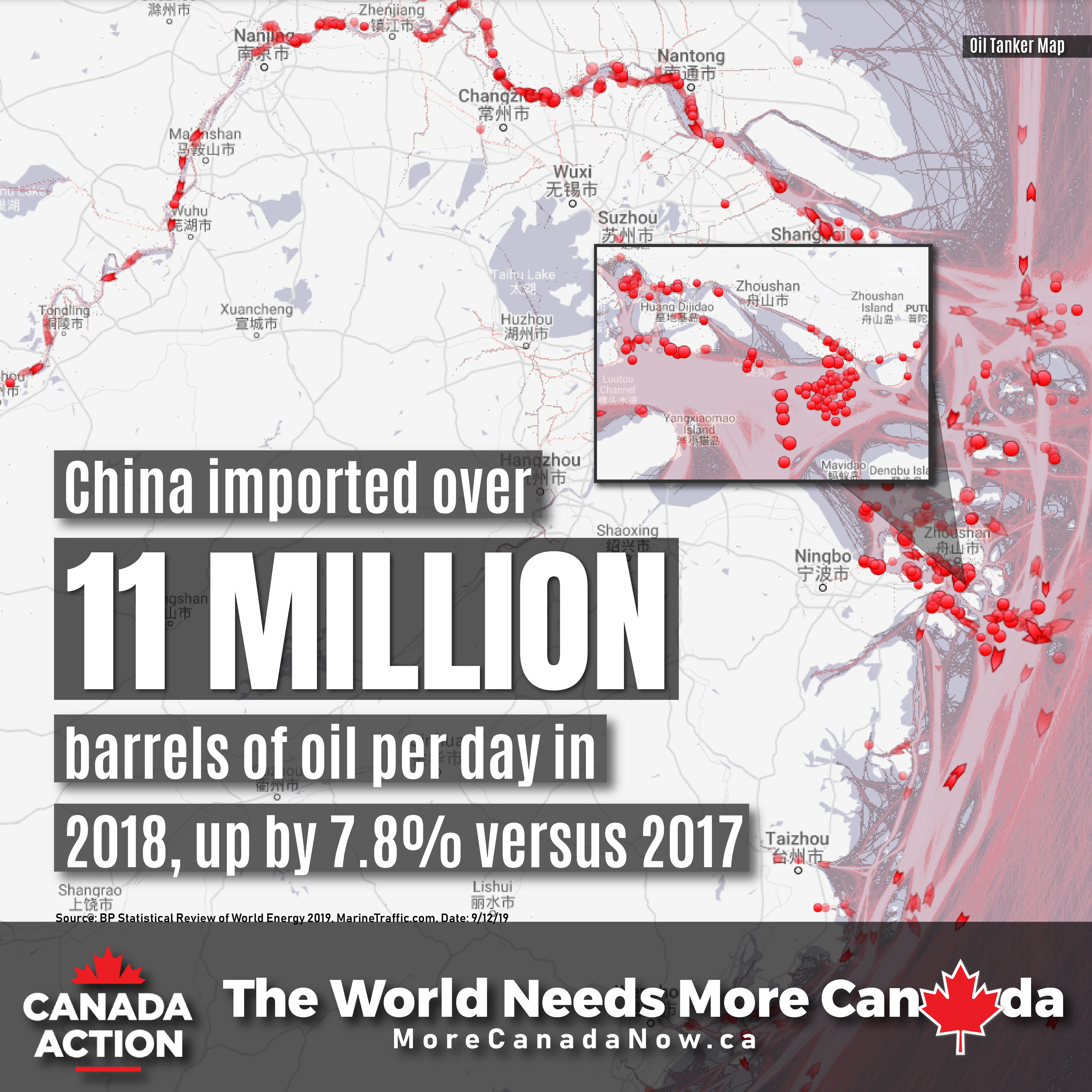 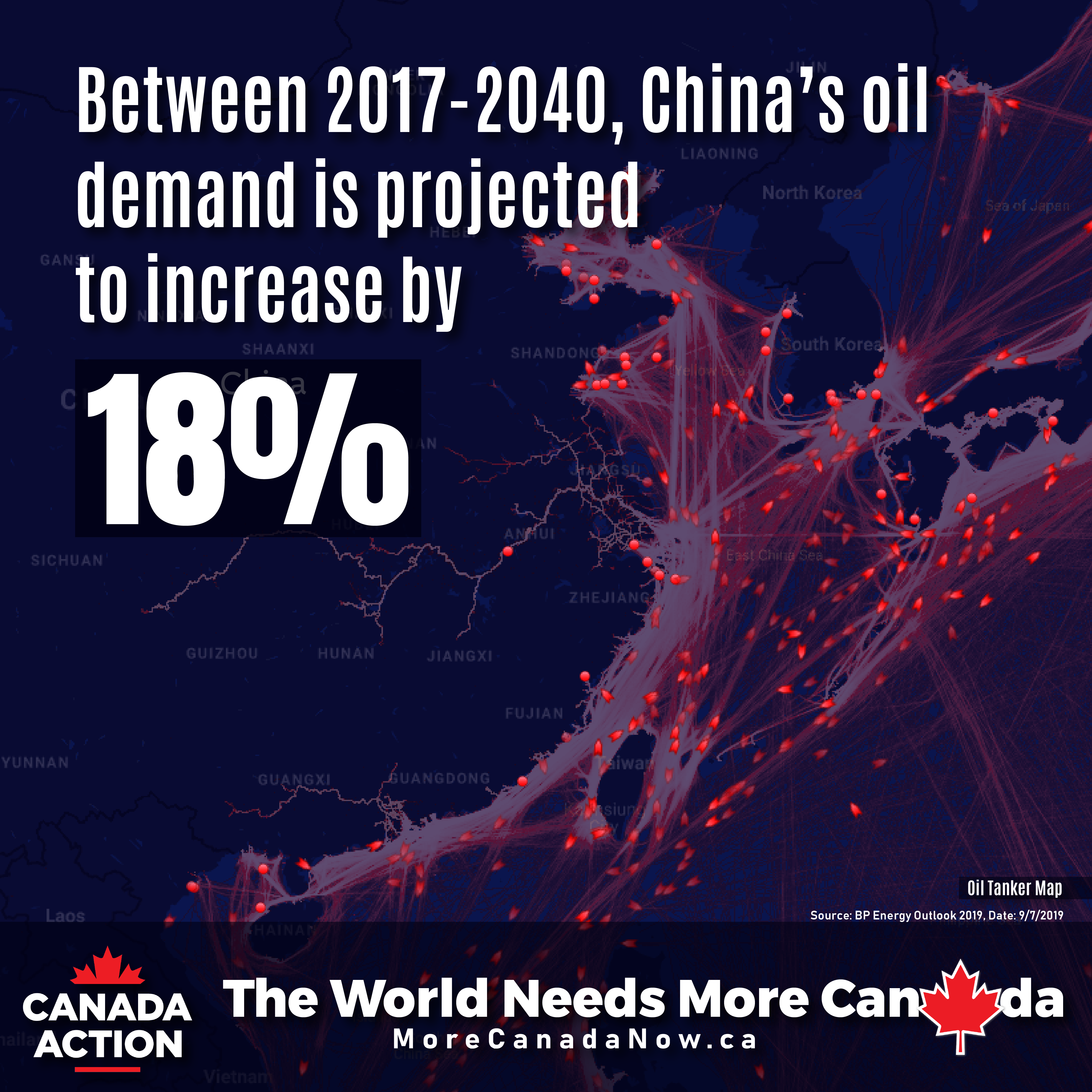 China is one country that's leading global growth in oil demand. Between 2017 and 2040, its oil demand is projected to increase by 18% (BP Energy Outlook 2019) 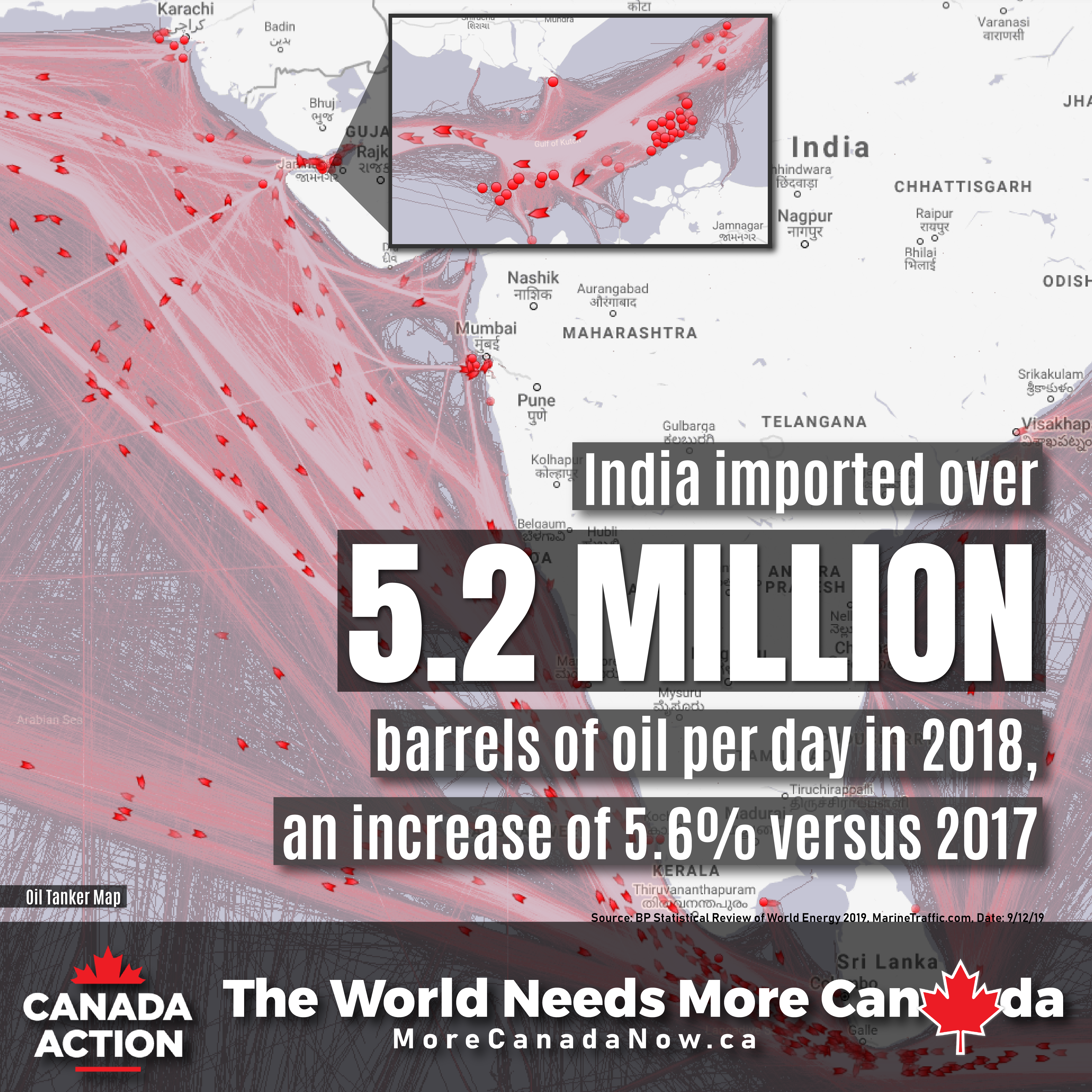 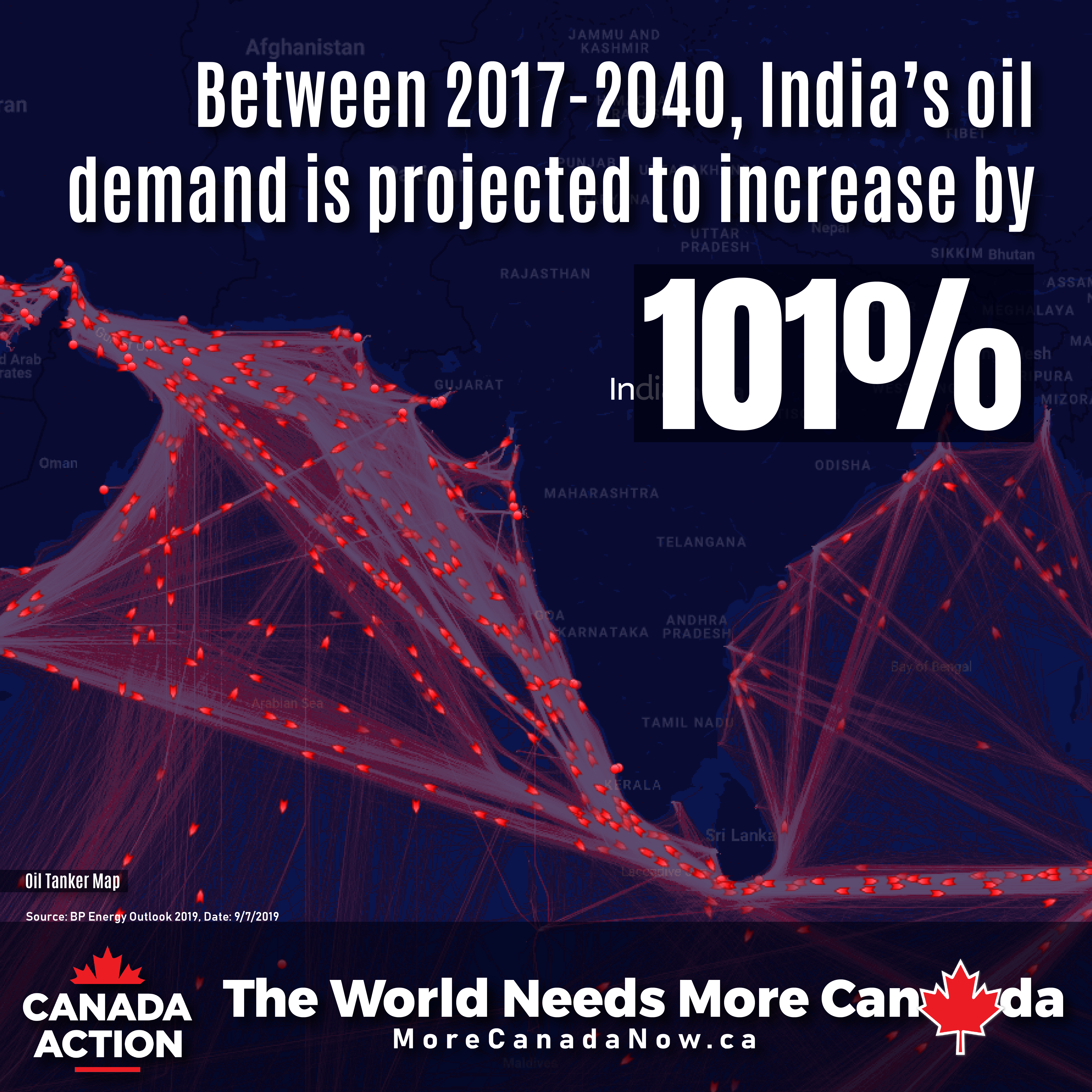 India and China are projected to lead the world for oil demand over the next two decades. Between 2017 and 2040, India's oil demand is projected to increase by 101% (BP Energy Outlook 2019) 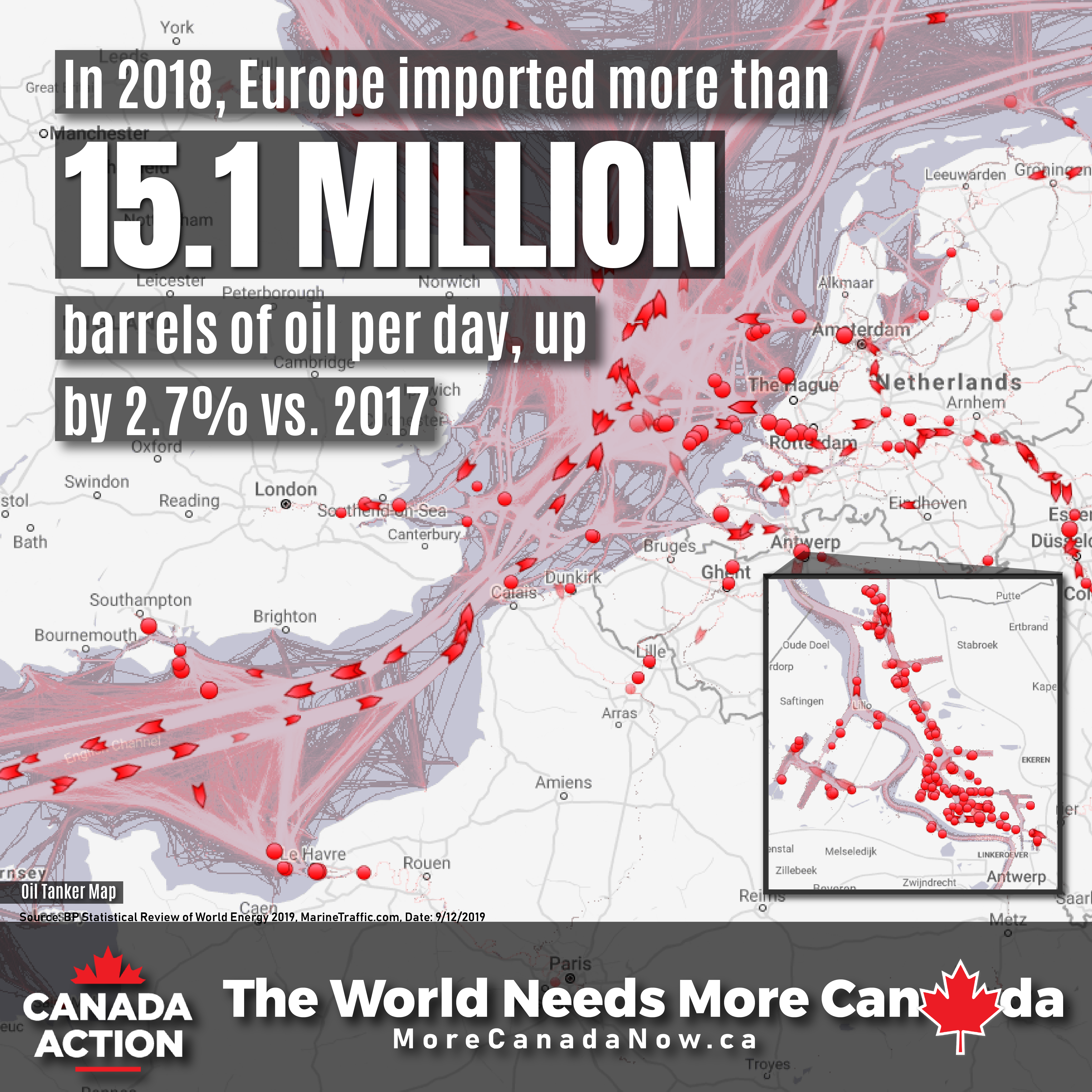 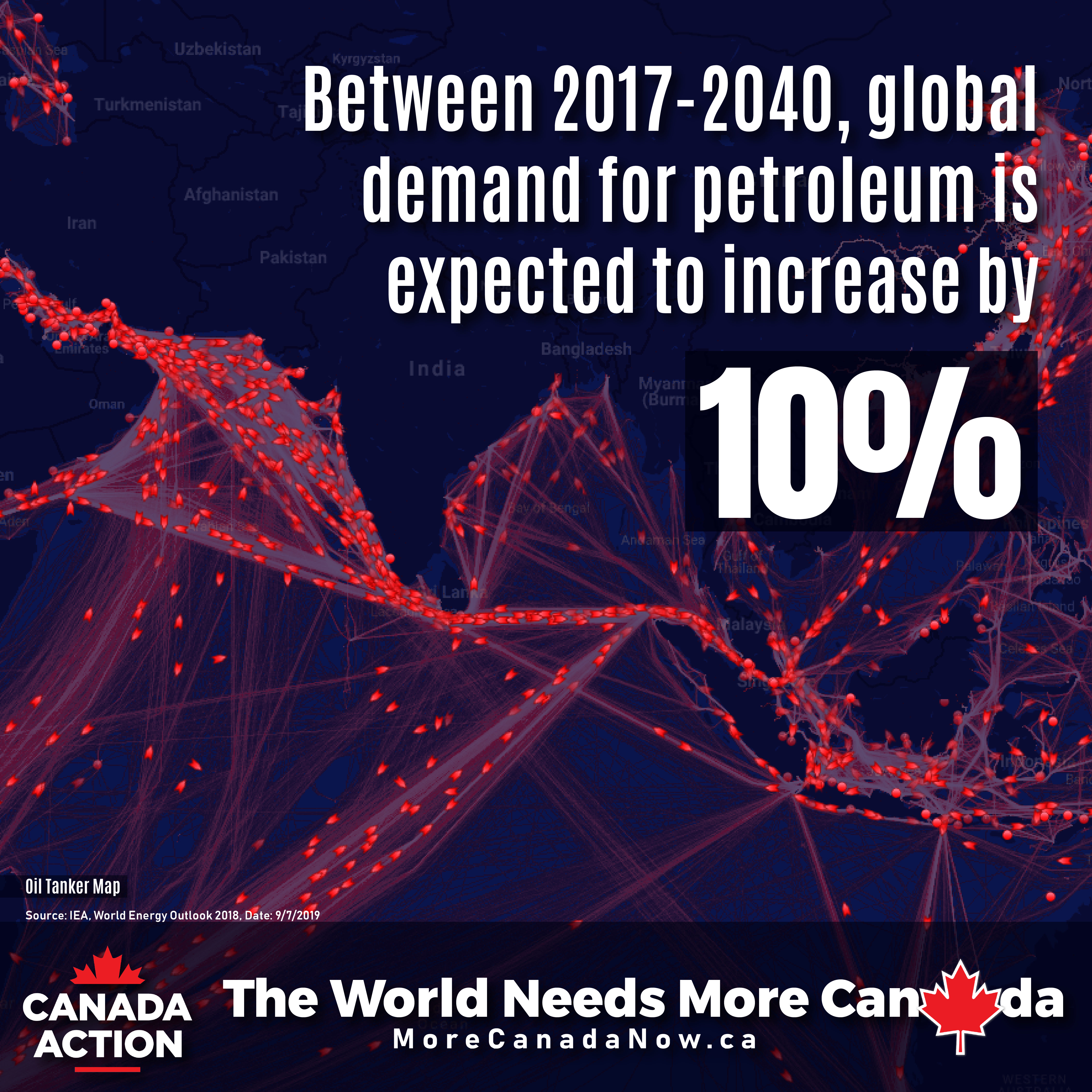 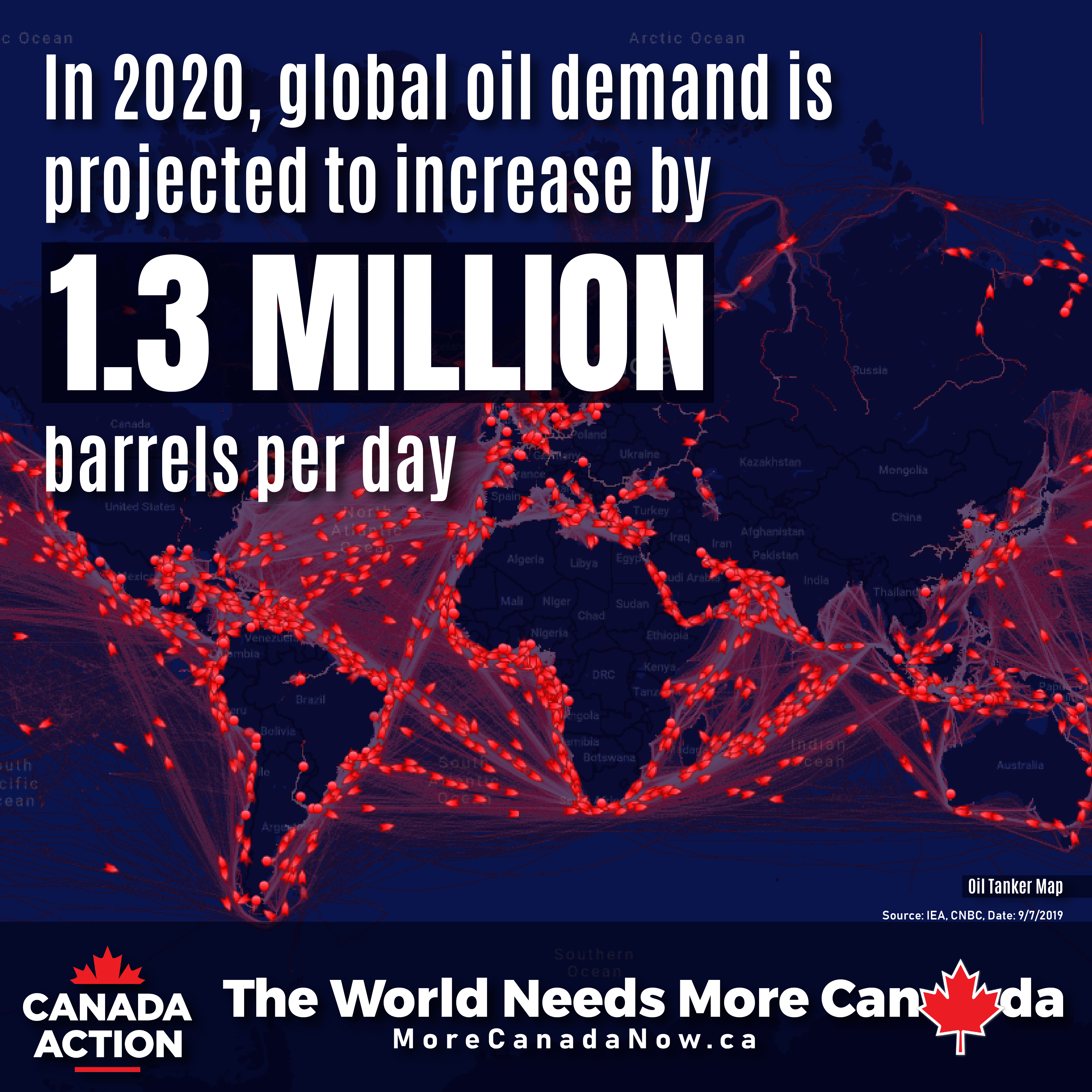 In 2020, global oil demand is expected to increase by 1.3 million barrels per day by the time the year is over (IEA, CNBC) 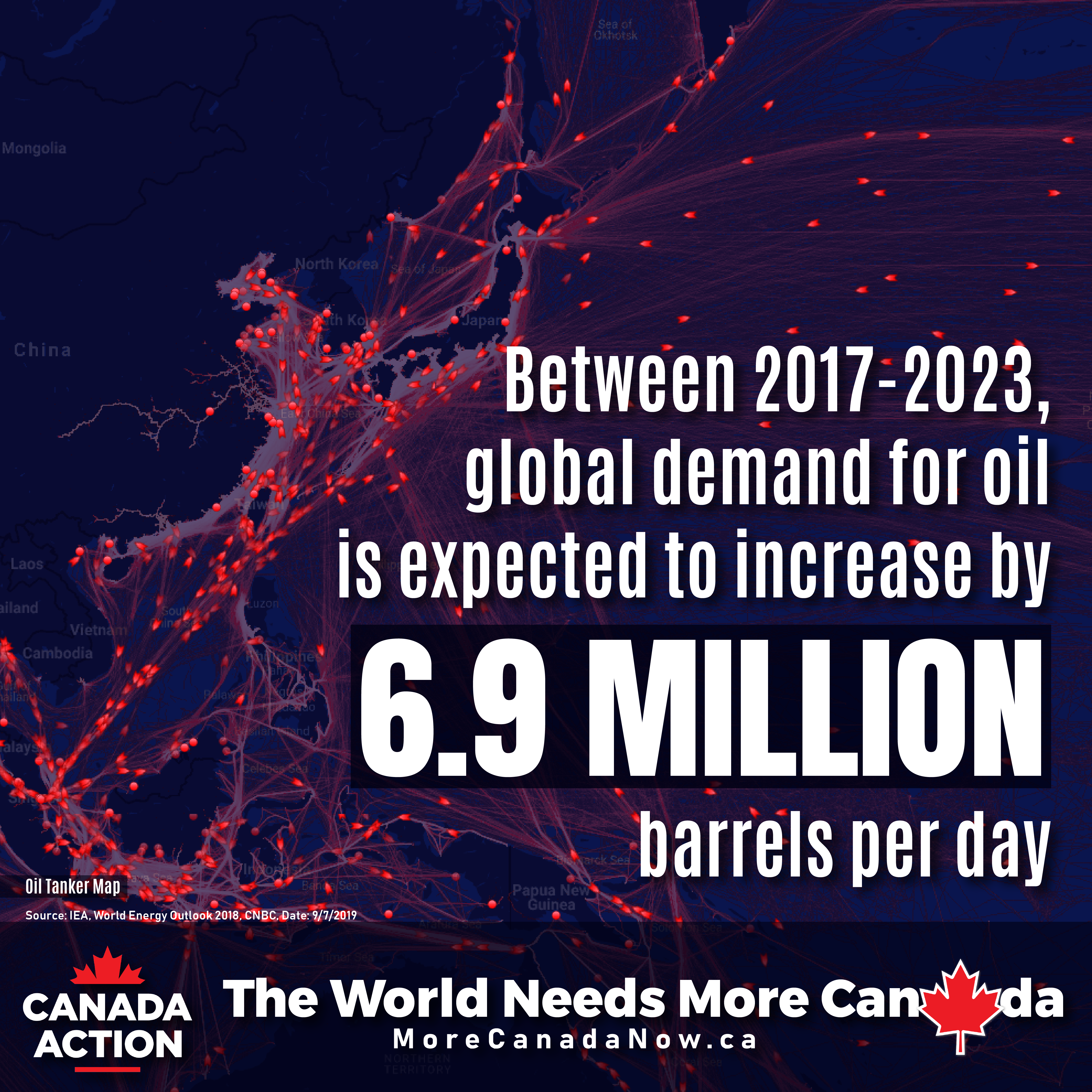 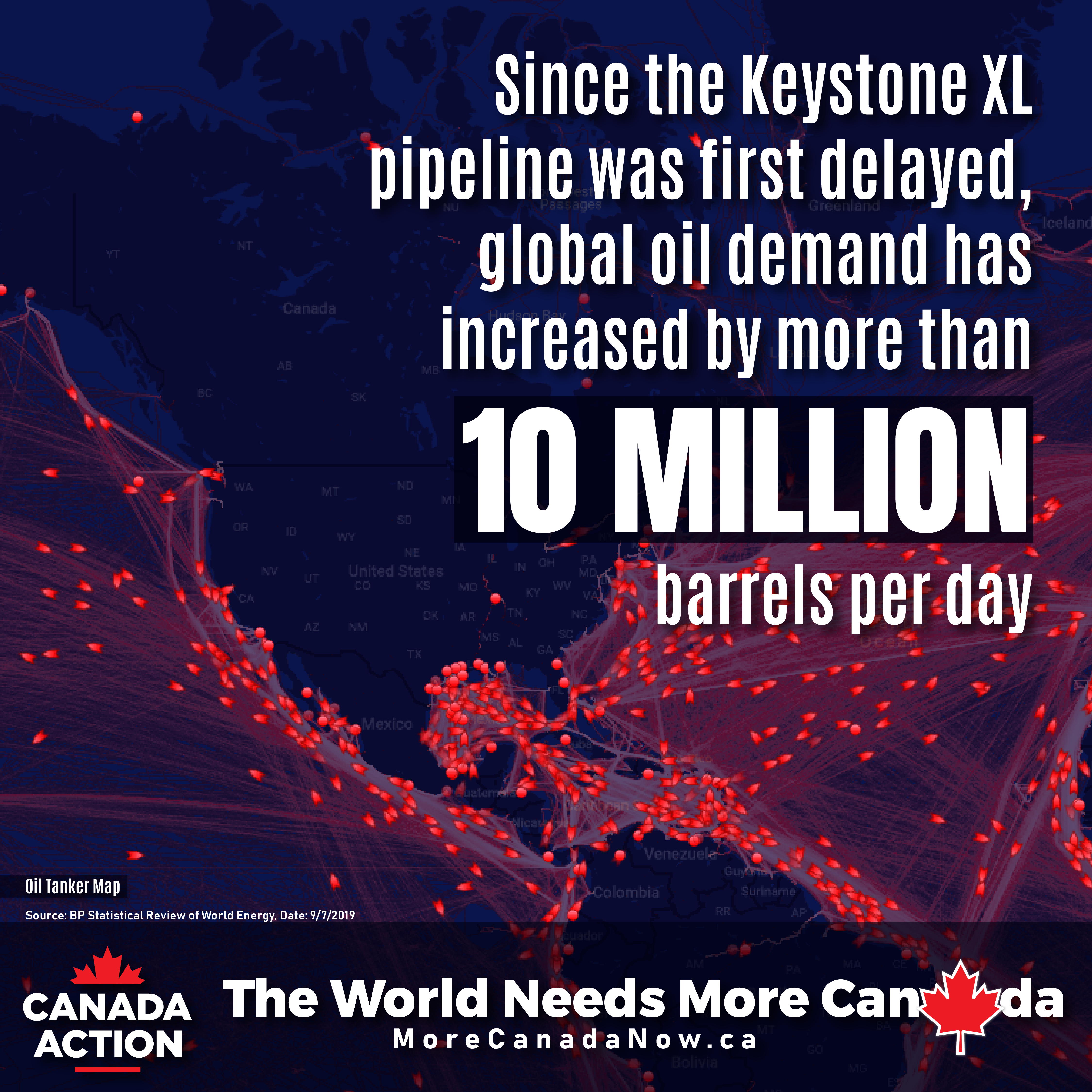 Since the Keystone XL pipeline was first delayed, global oil demand has increased by more than 10 million barrels per day (BP Statistical Review of World Energy) 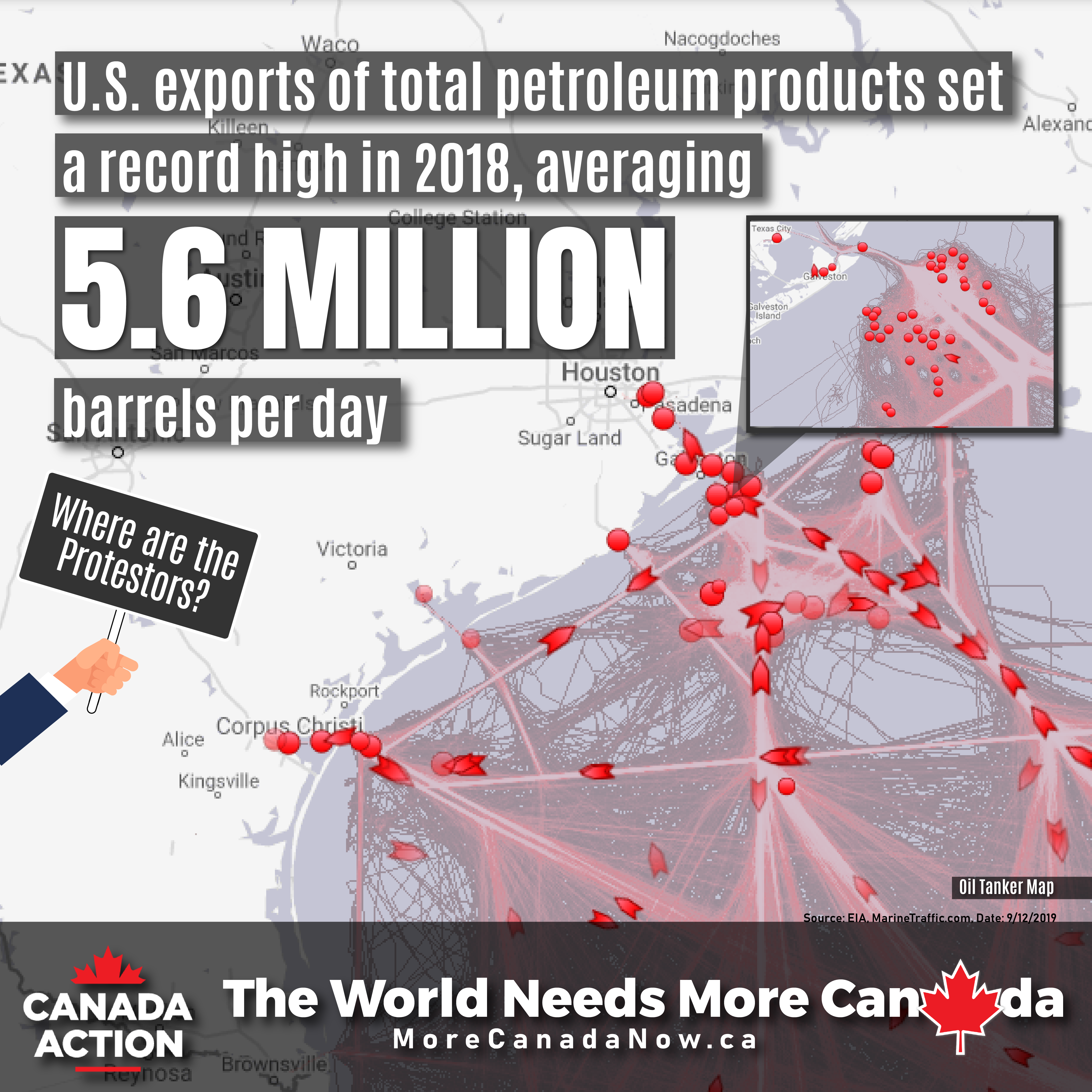 While the United States and every other top oil exporting nation in the world looks to capitalize on growing demand for oil and natural gas, Canada lags behind.

As one of the most environmentally responsible, transparent and regulated petroleum producers on the planet, we all should want more Canadian energy on the international market place.

What's good for Canada is also good for the global environment! 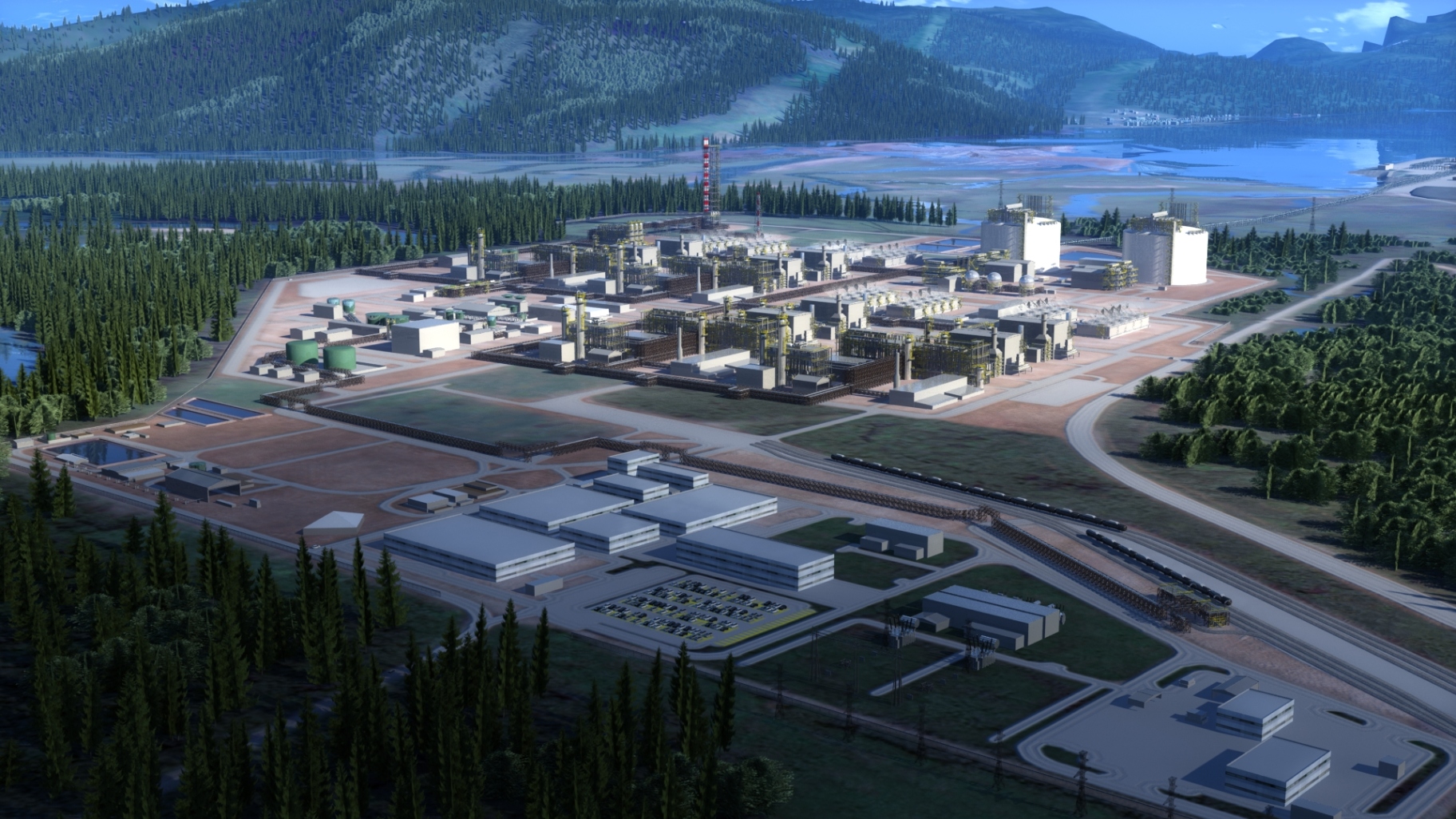 10 Facts You Should Know About LNG in Canada

The world is hungry for more and more energy as the years go by. By 2040, energy demand will be much higher than it is currently, and natural gas will play a major role in fulfilling a large share of of the world's growing demand. Today, natural gas accounts for approximately ... 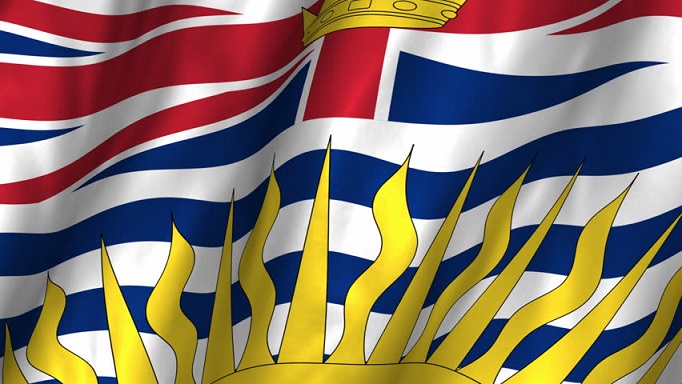 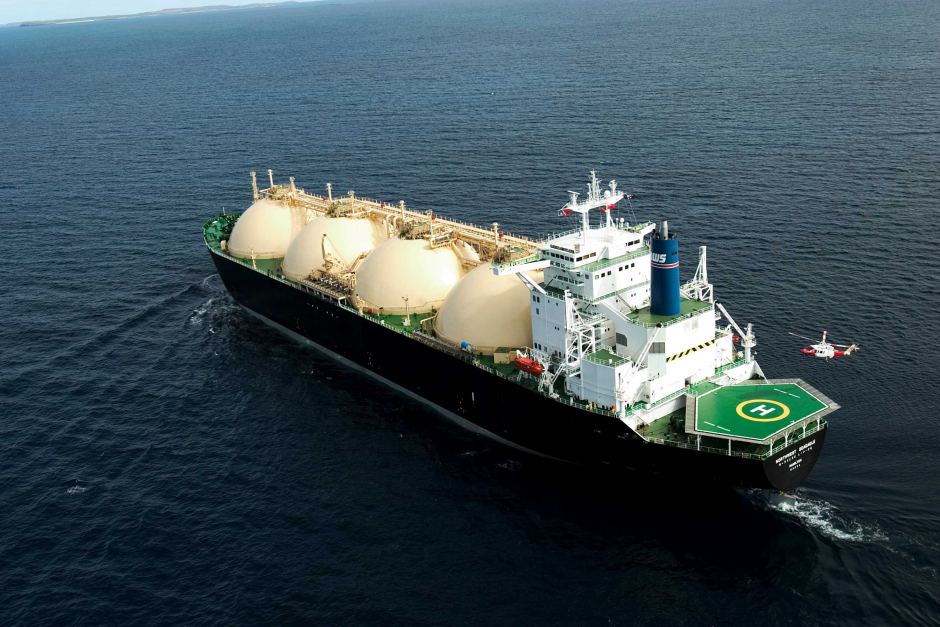