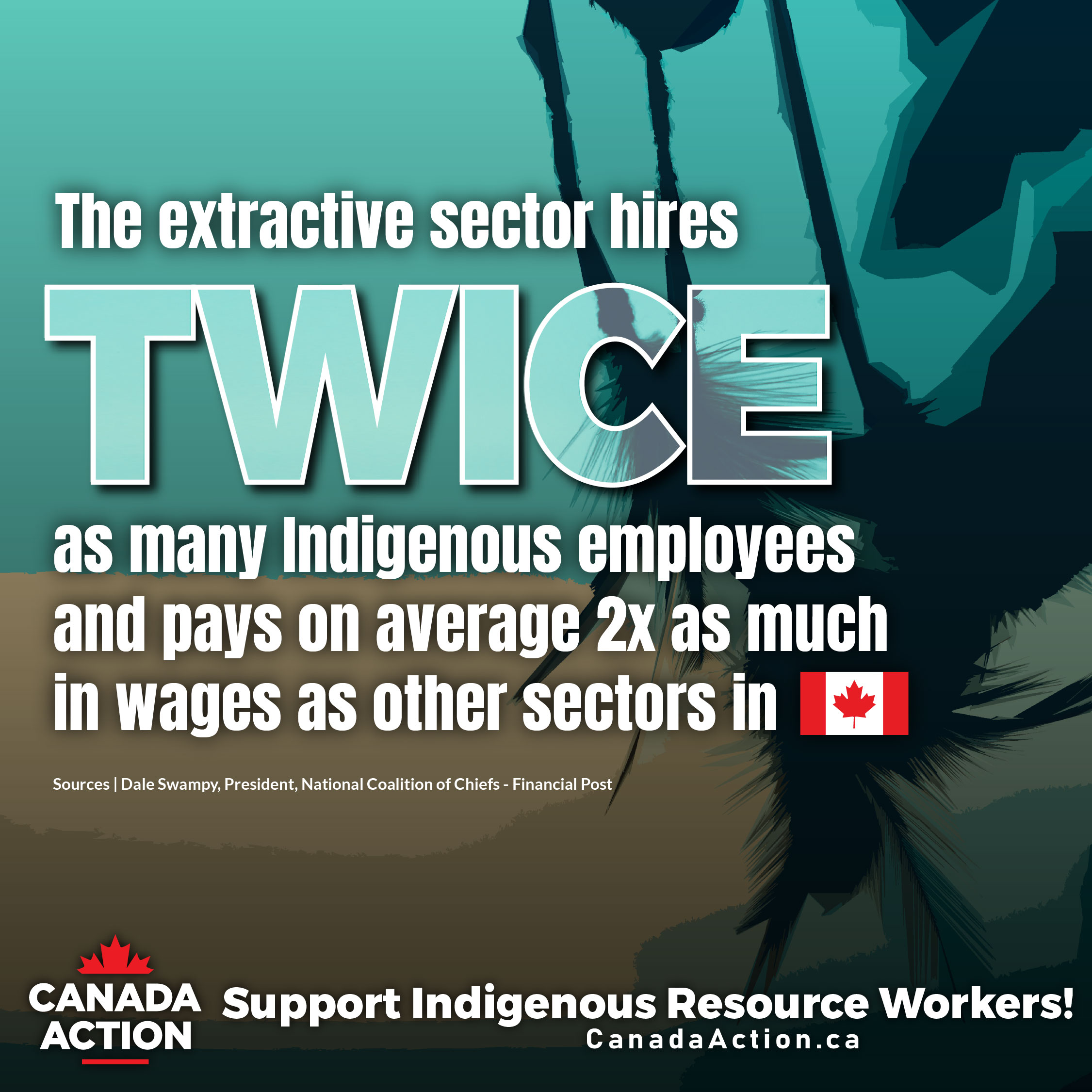 Do Indigenous Peoples in Canada support the Trans Mountain pipeline expansion (TMX) project? The answer is yes, and it's not just a few isolated communities that do either - 120 out of 129 Indigenous groups potentially affected by the pipeline either support TMX or do not oppose it.

According to the latest figures, 59 agreements have been signed with Indigenous groups in British Columbia (45) and Alberta (14) that represent over $500 million in benefits and opportunities for these communities. Of those 59 agreements, approximately 48 or more Indigenous groups are located along or near the pipeline's route which spans from Edmonton, Alberta, to Burnaby, British Columbia.

With recent protests in opposition to the construction of TMX, Canadians must look at the big picture and listen to all sides of the discussion. We cannot forget that there is a huge number of Indigenous, First Nations and Métis communities looking at the TMX pipeline as a way to raise their communities out of abject poverty. Today, there's multiple Indigenous-led coalitions looking to buy a majority share in the Trans Mountain pipeline.

The bottom line is this: a vast majority of Indigenous groups in Canada support the Trans Mountain pipeline expansion versus those who do not. But don't take our word for it. Hear it from Indigenous leaders themselves and check out these quotes in support of the TMX, a vital pipeline project now under construction in Canada! 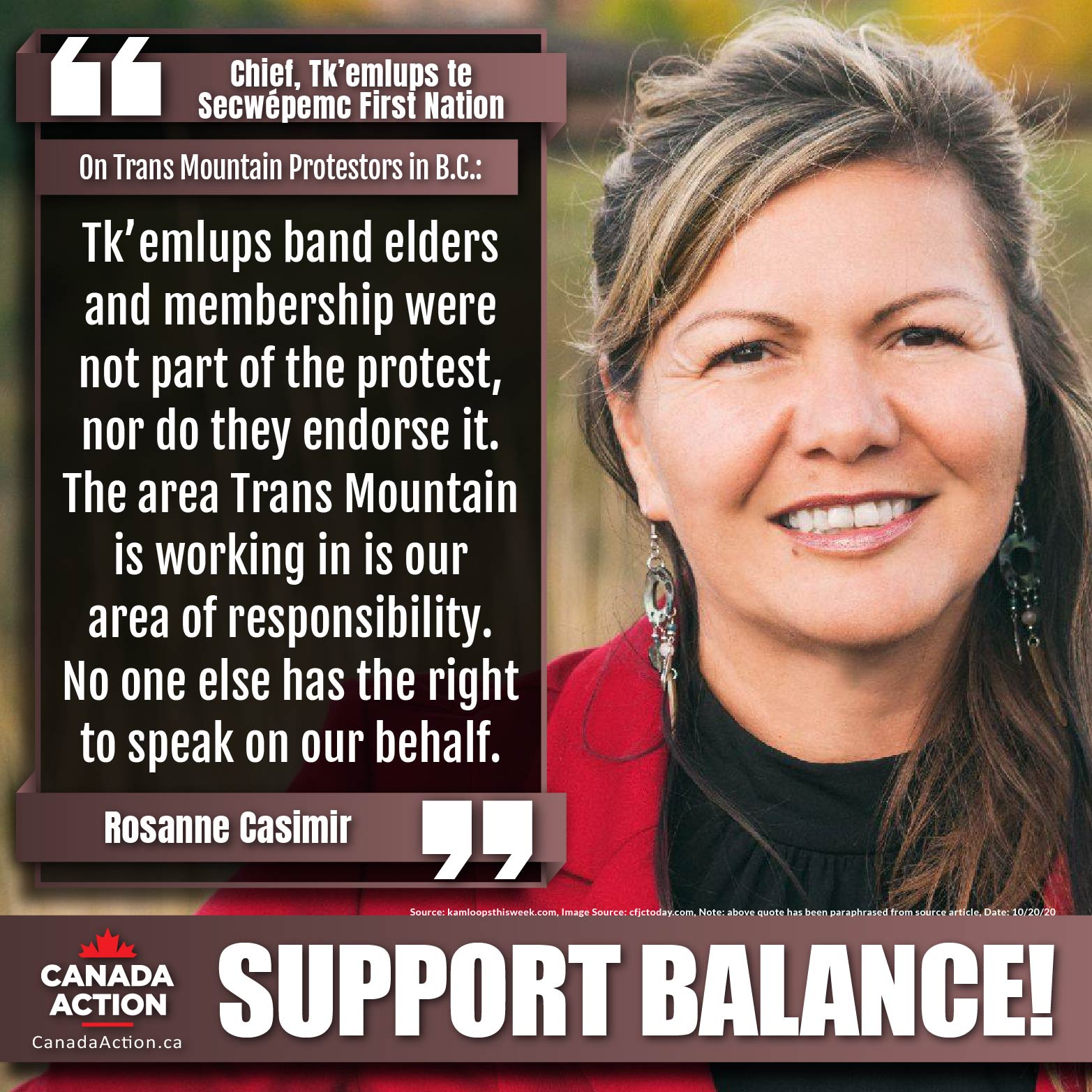 "Tk'emlups band elders and membership were not part of the protest, nor do they endorse it. The area Trans Mountain is working in is our area of responsibility. No one else has the right to speak on our behalf." - Chief Rosanne Casimir, Tk'emlúps te Secwe̓pemc First Nation

“The outcome that we reached in the Mutual Benefit Agreement involved a collaborative process… resulting in training, employment and contract opportunities for Tk’emlúps te Secwépemc members and compensation for the inequities dating back to 1953.” – Former Chief Fred Seymour, Tk’emlúps te Secwépemc First Nation

"In 2017, we gave our free, prior and informed consent to Trans Mountain to build and operate the new pipeline here. I share their concern for the safety of women and girls, but they won’t talk to us about the work we’re doing. For example, we currently have 19 women working at Trans Mountain. They report positive experiences and no serious incidents." - Chief Shelly Loring, Simpcw First Nation

“It took two years of understanding what the pipeline is about… … and the various risks that were going to be associated with it, so we were able to do our own environmental studies and to address anything that we thought was important in the agreement, and we did that. [So] If the project doesn’t go, there would be quite a number of contracts… and people wouldn’t have the opportunity to work or contract to all of the different pieces of the construction.” – Former Chief Nathan Matthew, Simpcw First Nation 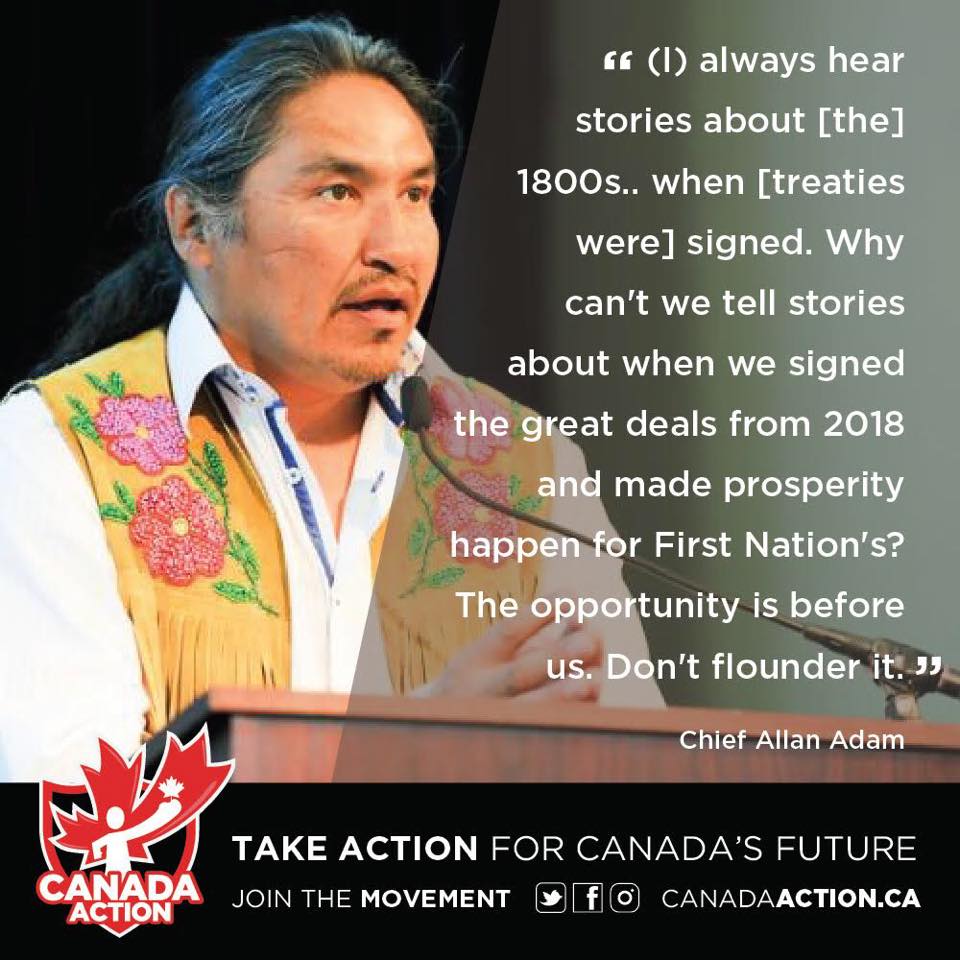 “(I) always hear the stories about [the] 1800s… when [treaties were] signed. Why can’t we tell stories about when we signed the great deals from 2018 and made prosperity happen for First Nations? The opportunity [TMX] is before us. Don’t flounder it.” - Chief Allan Adam, Athabasca Chipewyan First Nation

"There are maybe as many as 400 Chiefs across this country who support industry, who are pro-development, who want to participate as partners in this economy." - Dale Swampy, President, National Coalition of Chiefs 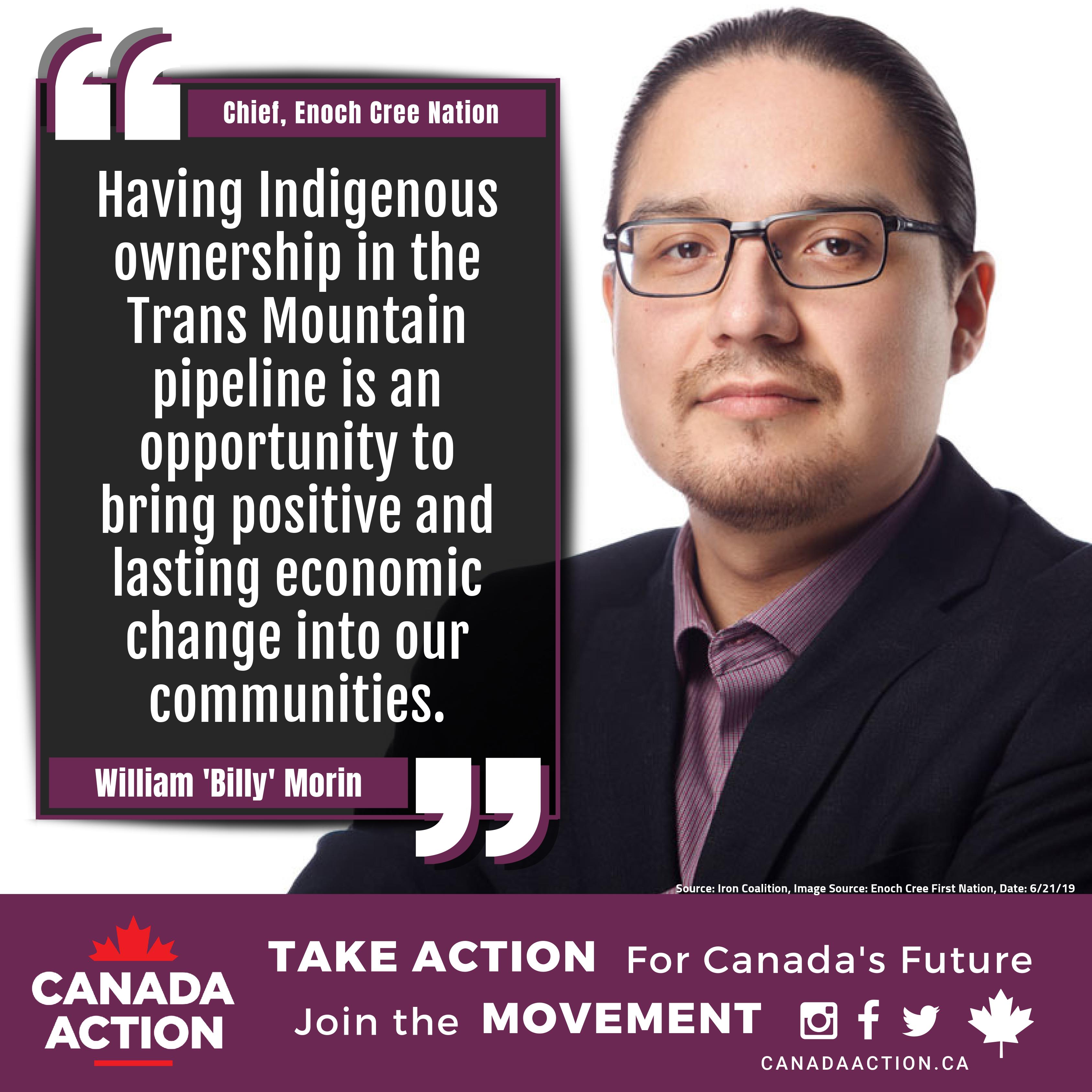 "Having Indigenous ownership in the Trans Mountain pipeline is an opportunity to bring positive and lasting economic change into our communities." - Chief William "Billy" Morin, Enoch Cree Nation

“Please don’t buy into the environmentalist argument. They’re the ones who, at the end of the day, were successful in creating poverty in northern Canada, right across the board. That’s why we see all the communities impoverished.” – Former Chief Jim Boucher, Fort McKay First Nation

"The owners of traditional lands should own the pipeline to take Canada's resources to market. That's reconciliation in action and it will improve Indigenous lives. - Delbert Wapass, Executive Chair & Founder, Project Reconciliation

“… Joint Venture Partnerships [with Kinder Morgan] reflect our values of social, cultural and environmental sustainability, are highly-competitive and will continue to earn and win opportunities for our people and community for many years to come. Kinder Morgan’s ongoing support of the training, employment and community benefits that come from respectful, two-way partnerships is just what is needed to move our community forward…” Former Chief Casey Bird, Paul First Nation 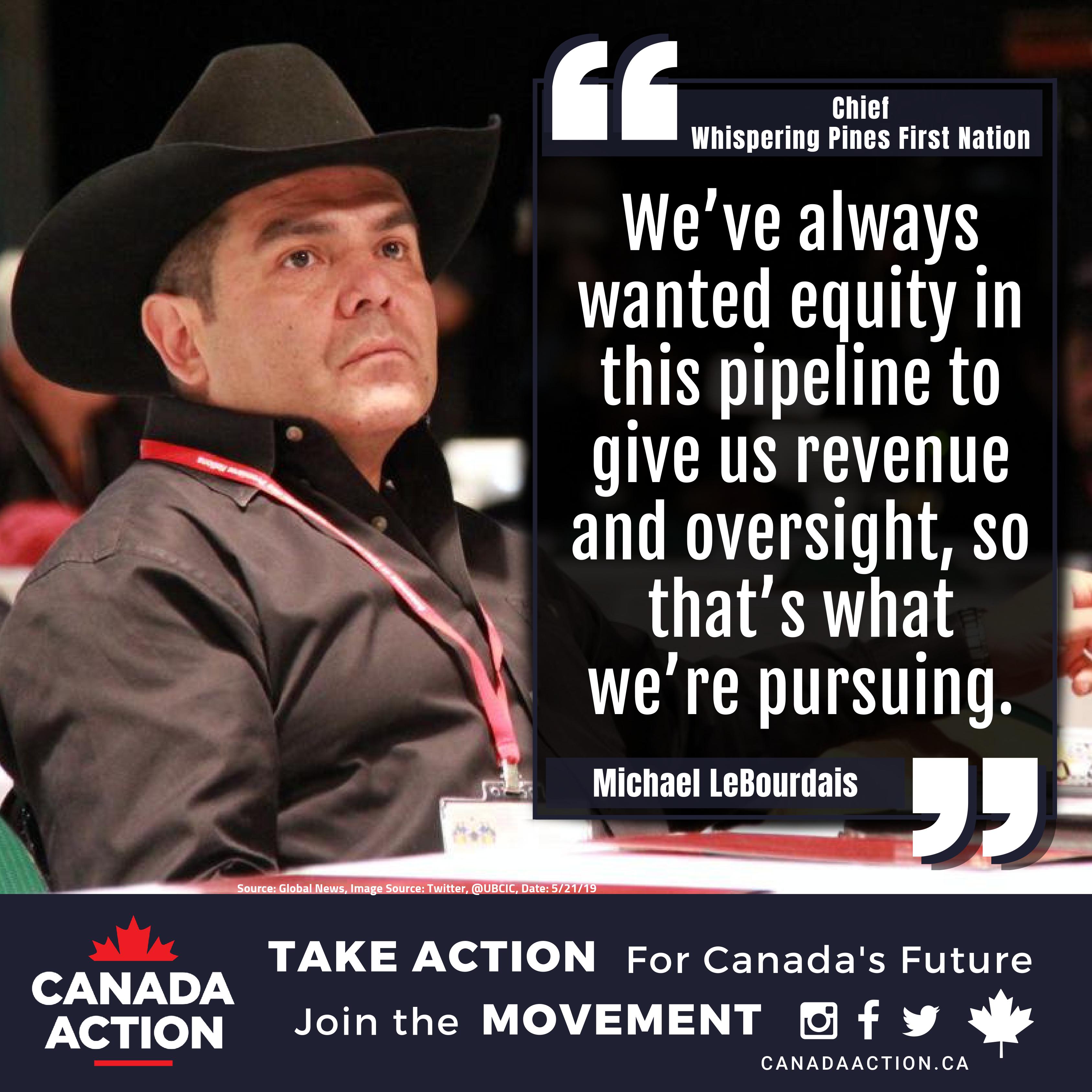 "We're not afraid of pipelines or oil, we're afraid of irresponsible resource extraction... The pipeline [TMX] is a piece of infrastructure that we want to acquire so we can have a better tomorrow" - Chief Mike LeBourdais, Whispering Pines / Clinton Indian Band

"A reconciliation pipeline won't only improve Indigenous lives. It will help all Canadians benefit from the higher prices our resources will command." - Shane Gottfriedson, B.C. Regional Director, Project Reconciliation

"We know if we get this pipeline built eventually and Keystone gets done and the Enbridge Line 3 going to Wisconsin gets done as well, we’ll have all kinds of markets. We’ve done well as a country and as the fourth-largest producer of energy around the world. We can still be an energy powerhouse." - Joe Dion, Chairman & CEO, Frog Lake Energy Resources

"There's this misnomer that Métis and the First Nations do not support the oil and gas industry... I think it's really important people know that we do support responsible oil and gas development. - Bruce Dumont, Board Member, National Coalition of Chiefs 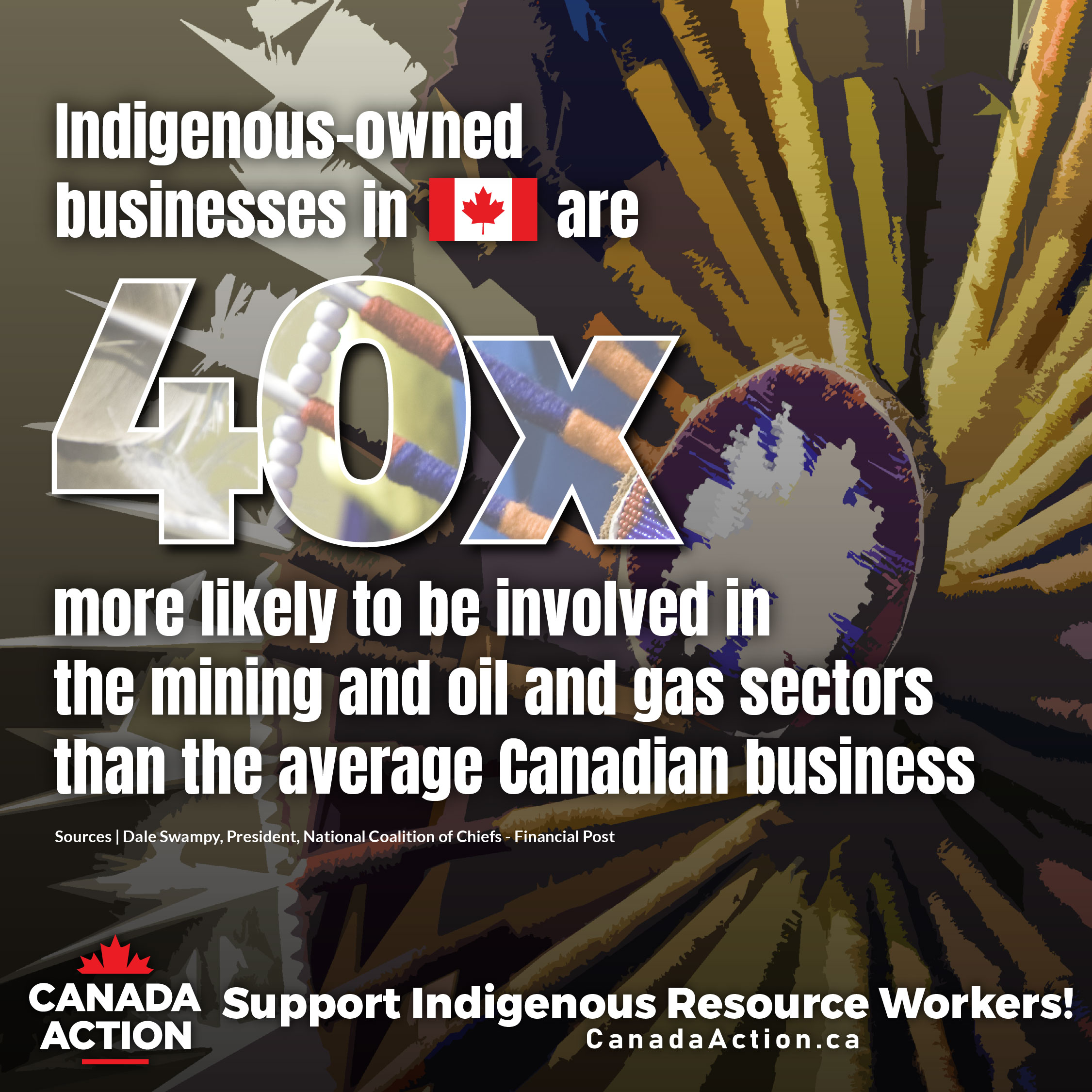 Do You Support Trans Mountain?

The evidence is clear; a majority of Indigenous peoples in Canada support the Trans Mountain pipeline expansion. Learn more about who else in Canada does too (the list is so big, you'll be shocked!):

In the meantime, we invite you to join us online at Facebook, Instagram and Twitter where you'll see a balanced discussion concerning Canada's world-class natural resource industries. We hope to see you there!