With the federal government’s decision on Frontier oil sands mine coming soon, it’s more important than ever to explain why all us Canadians should put our full support behind this historic project.

If Teck is not allowed to proceed, it will be another nail in the coffin for Canada's oil and gas industry which has seen massive divestment and cancellations of major projects since 2015.

Where does all that capital investment go? To jurisdictions like the Untied States and elsewhere around the world with less stringent environmental regulations. Shutting down Canadian industry doesn't keep one barrel of oil in the ground.

It's a lost opportunity for our country and the global environment. Here's several reasons why Canada will lose if the Frontier oil sands project is not approved. 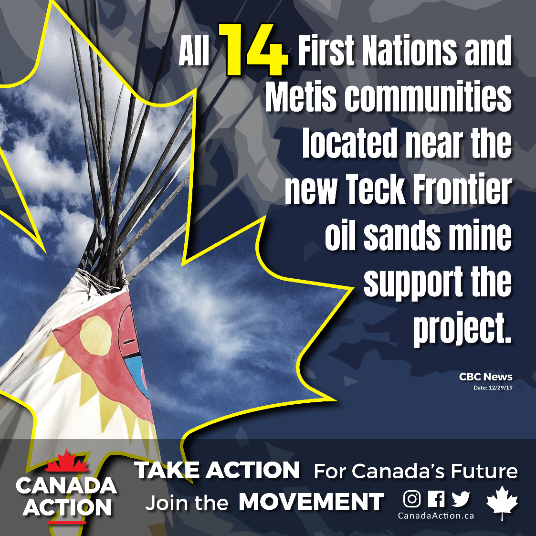 Frontier is historic in the fact that no other major oil sands project has been backed by all Indigenous communities before. It is even supported by one particular First Nation leader who is known for his opposition to oil sands development.

Teck has had meaningful consultations to have been able to sign agreements with all 14 of these First Nations and Metis communities located within the project’s broader area.

What kind of message would we be sending to these Indigenous communities if Frontier oil sands was not allowed to proceed?

Frontier Has Less of an Environmental Footprint 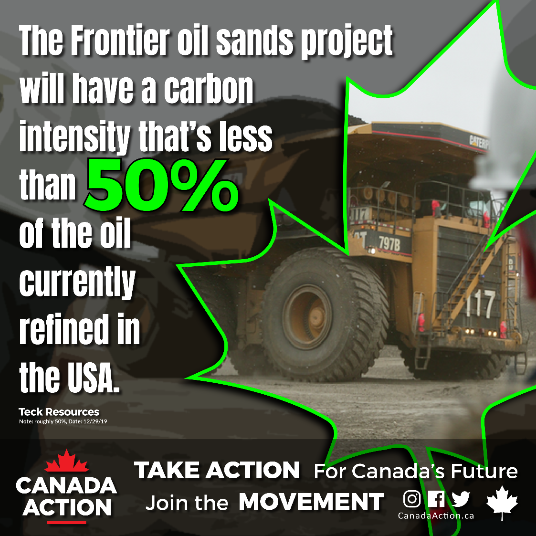 Frontier will utilize leading-edge technology to reduce its footprint and protect the environment. It's forecast to be among the lowest GHG-intensity oil sands operations and will have a lower carbon intensity than about half of the oil currently refined in the United States.

It also have one of the best performing emission profiles in the oil sands, and use up to 90 per cent recycled water for processing. Other leading-edge technologies will be applied to waste management, land reclamation and other aspects of the Frontier project.

Both the Canadian Energy Regulator (CER) and U.S. Energy Information Administration (EIA) forecast our production to increase dramatically by the year 2040, and even more so a decade after that by 2050.

Should we not approve an oil sands project that will produce some of this future market share with a lower emissions intensity? 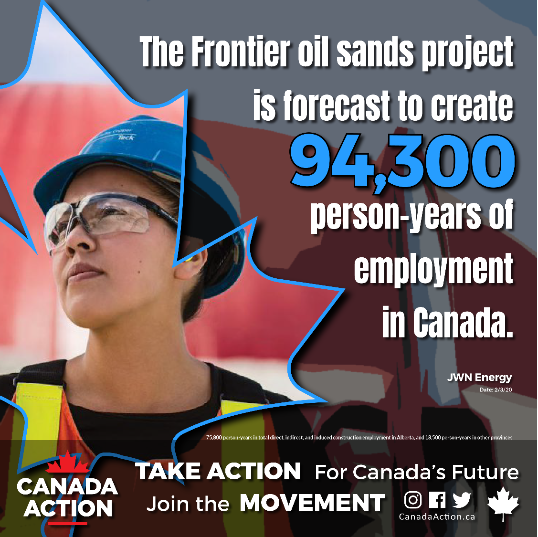 Frontier has undergone an extensive regulatory review and been recommended for approval by a joint provincial and federal review panel.

A lengthy 8-year process with over 100,000 pages evaluating the environmental, social and economic impacts of Frontier concluded it's in the public interest.

Should we not follow the recommendations of a joint-panel of professionals who are experts in their respective fields? 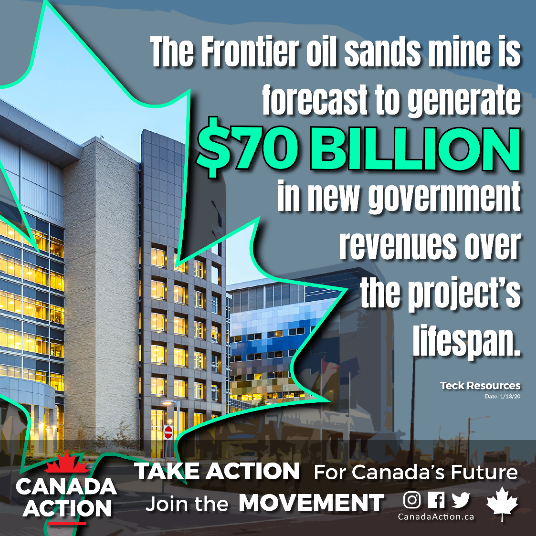 After a near-decade long regulatory review and a recommendation of approval, what kind of message would Canada be sending to investors if the Frontier oil sands project was shut down?

Why would any investor want to take a chance of investing hundreds of millions, if not billions to get to a final phase in the regulatory process for a natural resource project in Canada, only to have it not proceed?

We need to send a message to the world that our regulatory regime is independent and working as intended.

Not allowing the Frontier oil sands project to move forward would be a disaster for investor confidence as it would indicate the possibility of interference in the regulatory process which could squander capital investment spent up unto that point.

Oil Demand is Growing, Canada Should Be a Choice Supplier 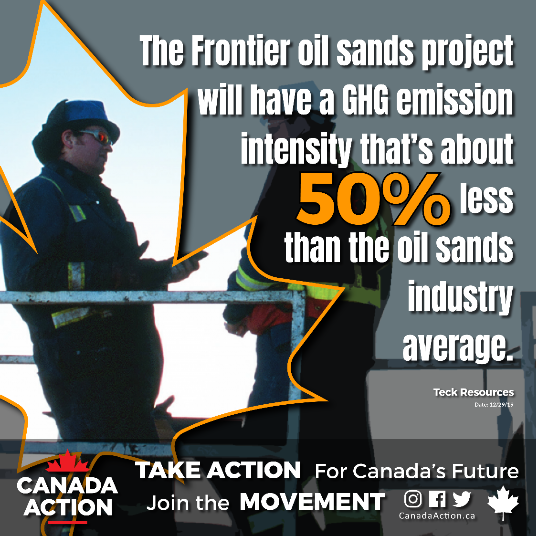 We Canadians should also support Frontier because global demand for oil is forecast to grow for many years to come. Just ask the International Energy Agency (IEA), for example, which found in a current scenario that oil demand is projected to grow by 9.5 million barrels per day between 2019 and 2040.

If oil is to come from anywhere, it should be from Canada. Out of the top 10 oil exporters in the world, Canada ranks #1 on environmental, social and governance (ESG) metrics, while accounting for nearly half of the 10.5% of world oil production subject to carbon pricing.

Canada is also one of the most transparent, regulated and environmentally responsible oil producers on the planet. We could go on.

Why would anyone not want more of the world's future oil production to come from an environmentally conscious country like Canada? 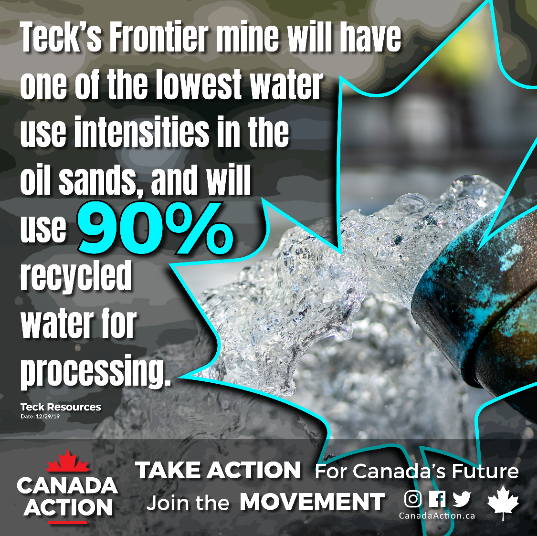 If Canada is championing the transition to a lower-carbon future, environmental innovation and protection should be rewarded.

Our country should support companies that spend millions on research, development and technology which act to reduce emissions and environmental footprints.

What kind of message would we be sending to investors if we don’t approve one of the most innovative and leading-edge projects in the oil sands to-date, from a company who has pledged net-zero emissions by 2050?

Canadian government requires oil and gas companies to strictly adhere to some of the world's most thorough environmental regulations. Our industries should be rewarded for their efforts. 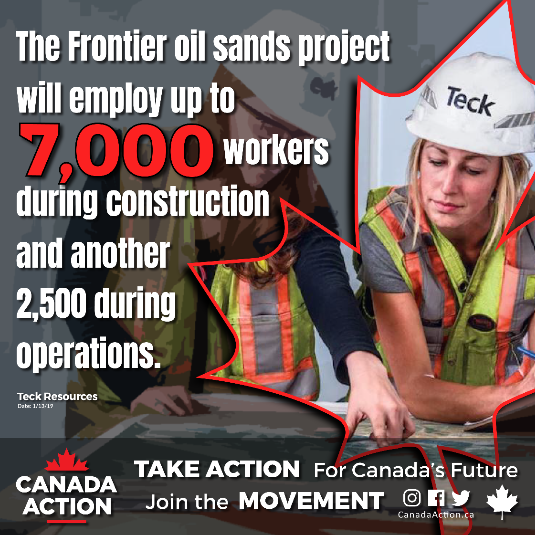 Economic reconciliation through natural resource development like Frontier will help lift many Indigenous communities out of poverty and in the process assist them in becoming truly independent nations with their own sources of revenue for things like social programs, infrastructure and education.

The project is forecast to create 7,000 jobs during construction and 2,500 during operations, many of which will be filled by regional workers both Indigenous and non-Indigenous.

It comes at a time when Canada's natural resource sector has been hit hard and could use a boost through a $20.6 billion investment.

What kind of message are we sending to the millions of Canadians directly or indirectly employed as a result of our natural resource sector?

It’s clear that Frontier is a historic project with its approval by regulators, agreements with First Nations, and environmental innovation and leadership. Now is the time to give it a historic approval, and say “yes” to Teck! 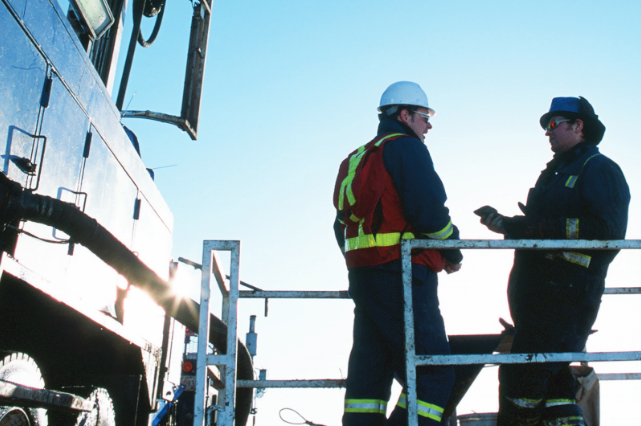 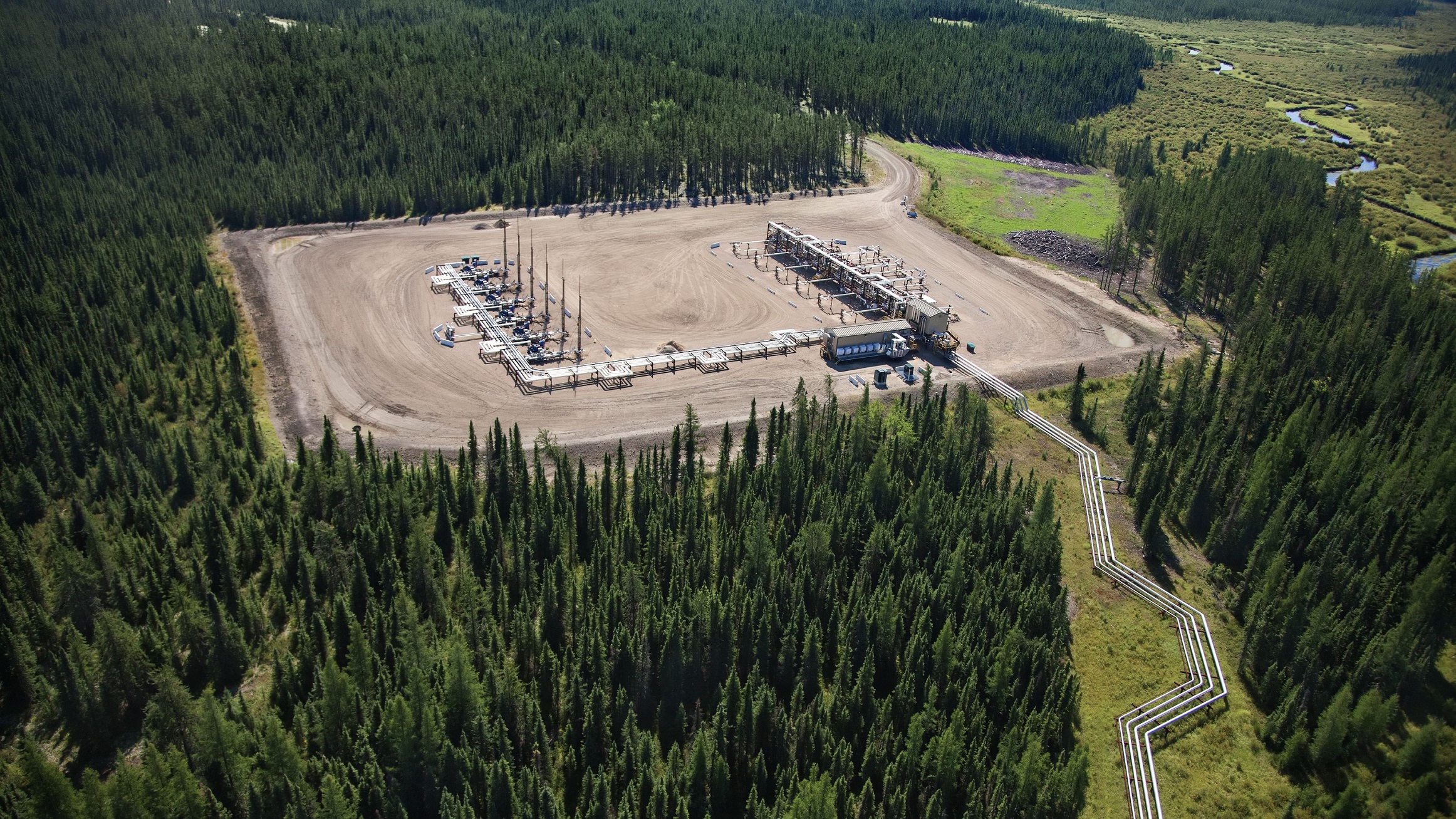