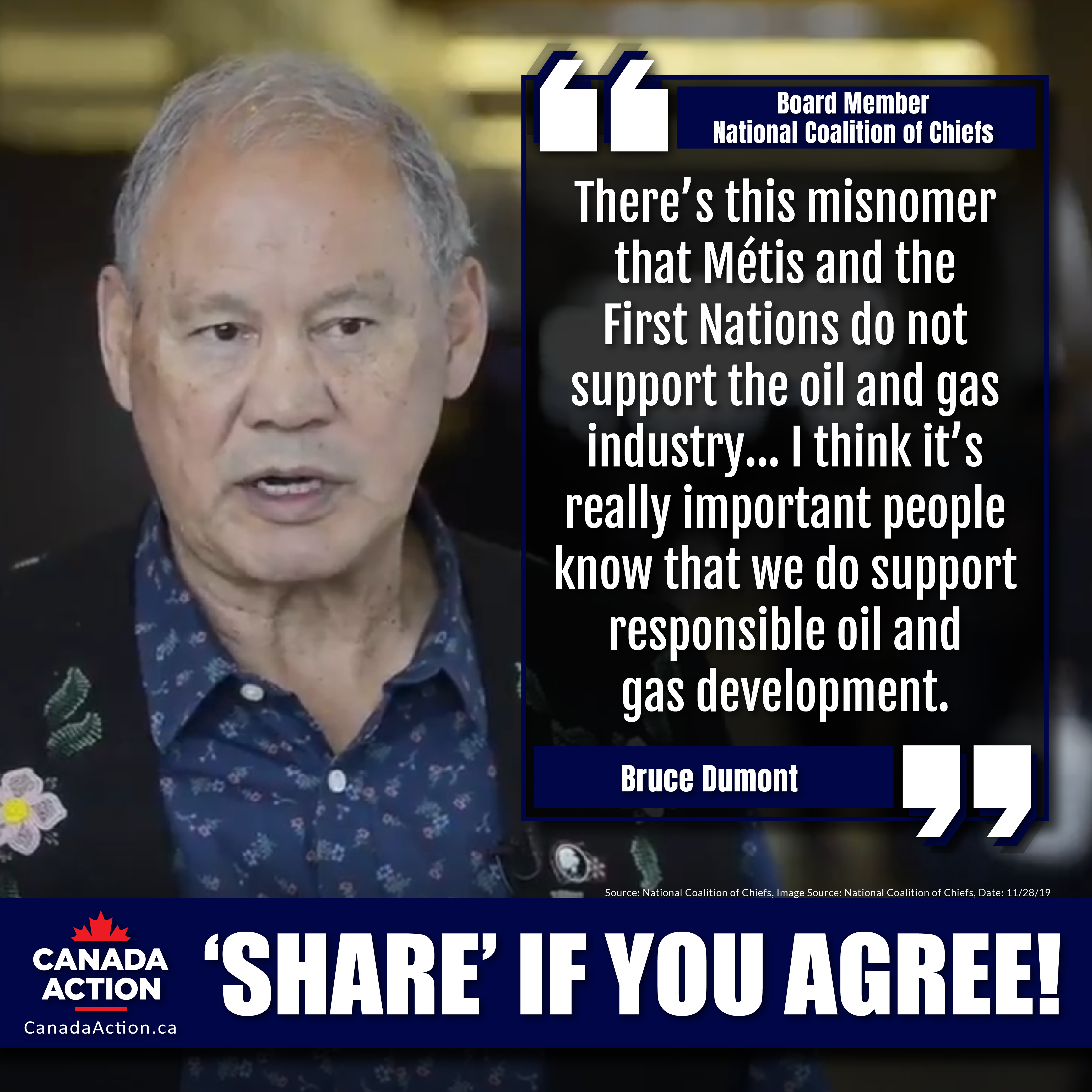 We couldn’t have said it any better Bruce! According to Mr. Dumont, a majority of First Nations support resource development projects like the Trans Mountain Pipeline Expansion (TMX) and the now cancelled Northern Gateway.

Bruce Dumont is currently a Board Member of the National Coalition of Chiefs (NCC) and is the Former President of the B.C. First Nation. He is one of a handful of Aboriginal leaders who have chosen to vocalize their support for the oil and gas sector as the industry battles staunch adversity from special interest and environmental groups who want you to believe that all First Nations are against resource development in Canada.

This of course could not be further from the truth. Listen to what Bruce has to say, a long-time leader among First Nations and Metis peoples in Western Canada:

71% of the Indigenous groups on the Northern Gateway pipeline route supported the project.

94% of the Indigenous groups on the #TransMountain pipeline route also support the project. pic.twitter.com/Pzgcqqihsc

“The biggest message that I would like to convey is that there is this misnomer that the Metis and First Nations do not support the oil and gas industry. We all work, well maybe not all of us, but a huge majority of us work in oil and gas. My family for instance, from Alberta, and I’m from Alberta originally.

We have to adjust, we have to do something to reinvigorate the oil and gas industry, you know, get our oil and gas to market, I think it’s the important thing, and there’s different ways we have to be innovative to do that, you know, with so much and such a large volume of resource here in Alberta, you know everyone’s going to benefit. You know, if we’d, if they hadn’t pulled the certificate for Northern Gateway, everybody, every Canadian would have been benefiting today.” 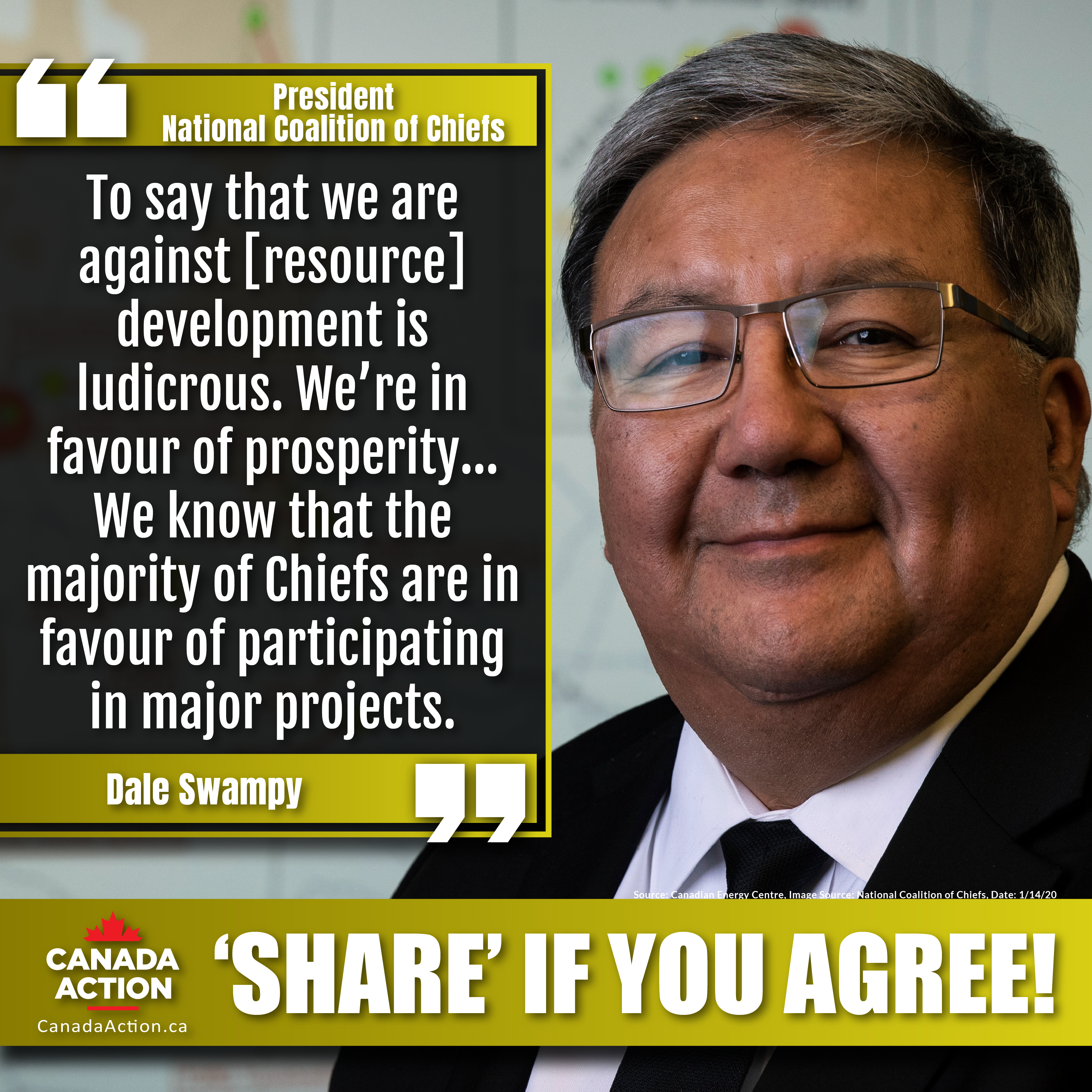 Bruce and Dale aren't the only Aboriginal leaders who support resource development in Canada. See what others are saying below:

> 3 Reasons Why BC LNG Matters to First Nations 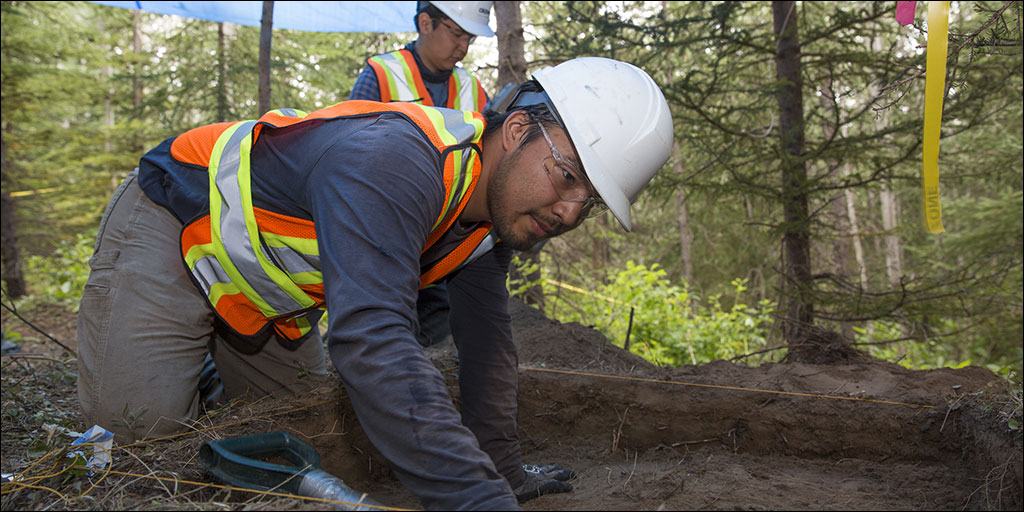 Hey United Nations, Coastal GasLink Pipeline Project Has Support of All 20 First Nations on its Route!

Just in case the title wasn’t clear enough for the United Nations (UN), we’ll say it again! The Coastal Gaslink project, an underground transmission pipeline that will connect natural gas plays in northeastern B.C. with LNG Canada in Kitimat on the west coast, has the support... 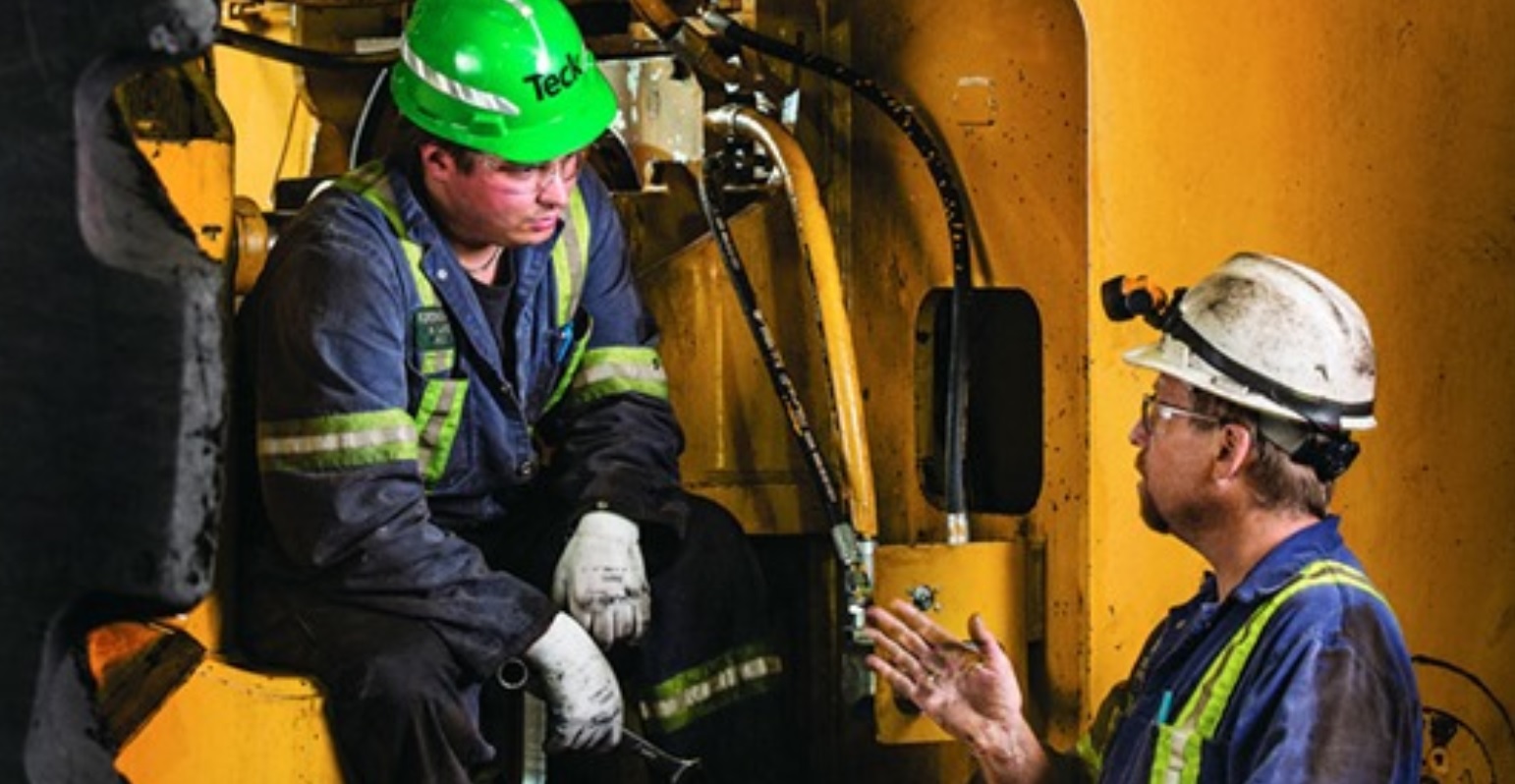