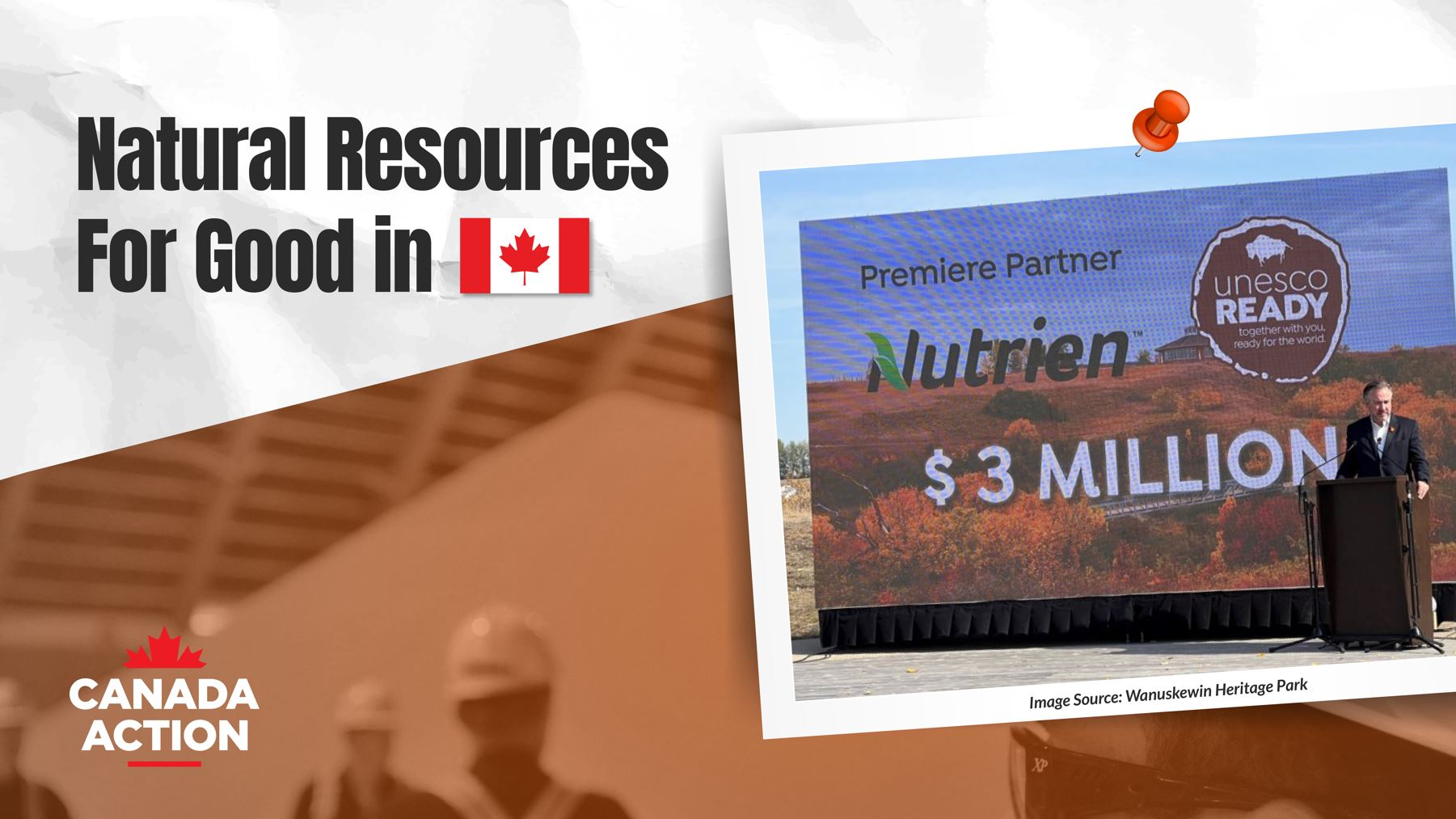 Natural resources are an essential part of our daily lives. They provide the base materials for the clothes we wear, the food we eat, the machines we use, and everything in between.

Today, millions of people enjoy fruitful careers in the natural resource sectors, which generate substantial wealth and prosperity for all Canadians. Whether through direct employment or government revenues, the benefits of having such an abundance of natural resources at our disposal play a direct role in the high quality of life and standard of living most Canadians enjoy.

But often going unnoticed are the donations and other community initiatives pursued by natural resource companies – and their employees – across the country. To truly appreciate the resource sectors, we must show them the recognition they deserve.

In this episode of Resources for Good, we present three recent examples of natural resource companies doing great deeds for Canadian communities across the country. Also see: 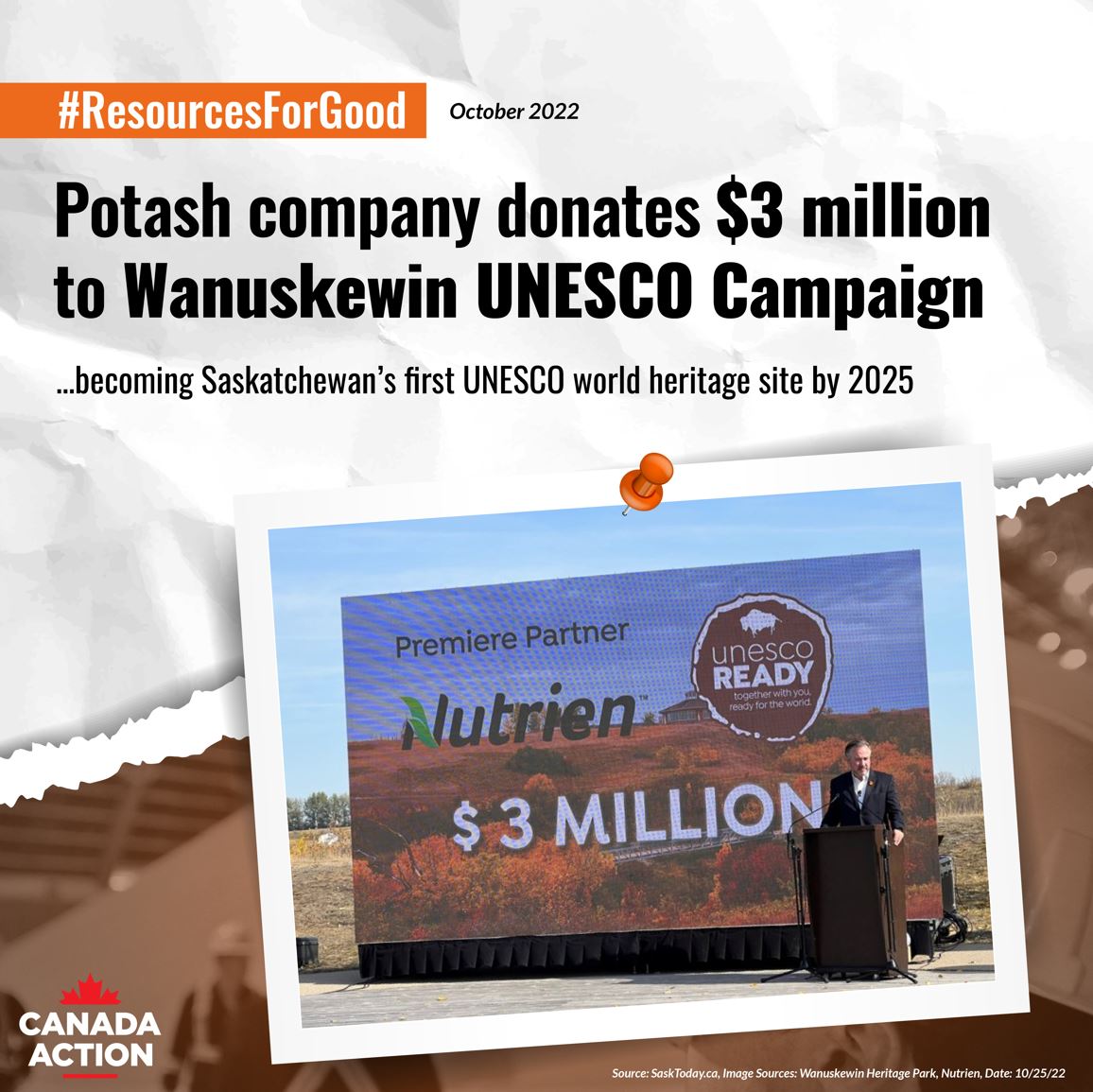 "Nutrien has been a constant support, not only in our day-to-day capacity, but as allies in our efforts to address truth and reconciliation," says Darlene Brander, Chief Executive Officer of Wanuskewin Heritage Park.

Candace Wasacase-Lafferty, a Wanuskewin board member and fundraising committee chair, is ecstatic about the funding.

"Truth and reconciliation includes the acknowledgement and support of Indigenous leadership. Wanuskewin has a story to tell and it is one that cannot be told by anyone but the Indigenous voices of the Plains Peoples. With the support of Nutrien, our voices will be heard and the important work we do here will be recognized," elaborated Wasacase-Lafferty.

Plans for the site include a new exhibit hall, Indigenous art galleries, an enhanced trail system through archaeological sites, and a growing bison herd. 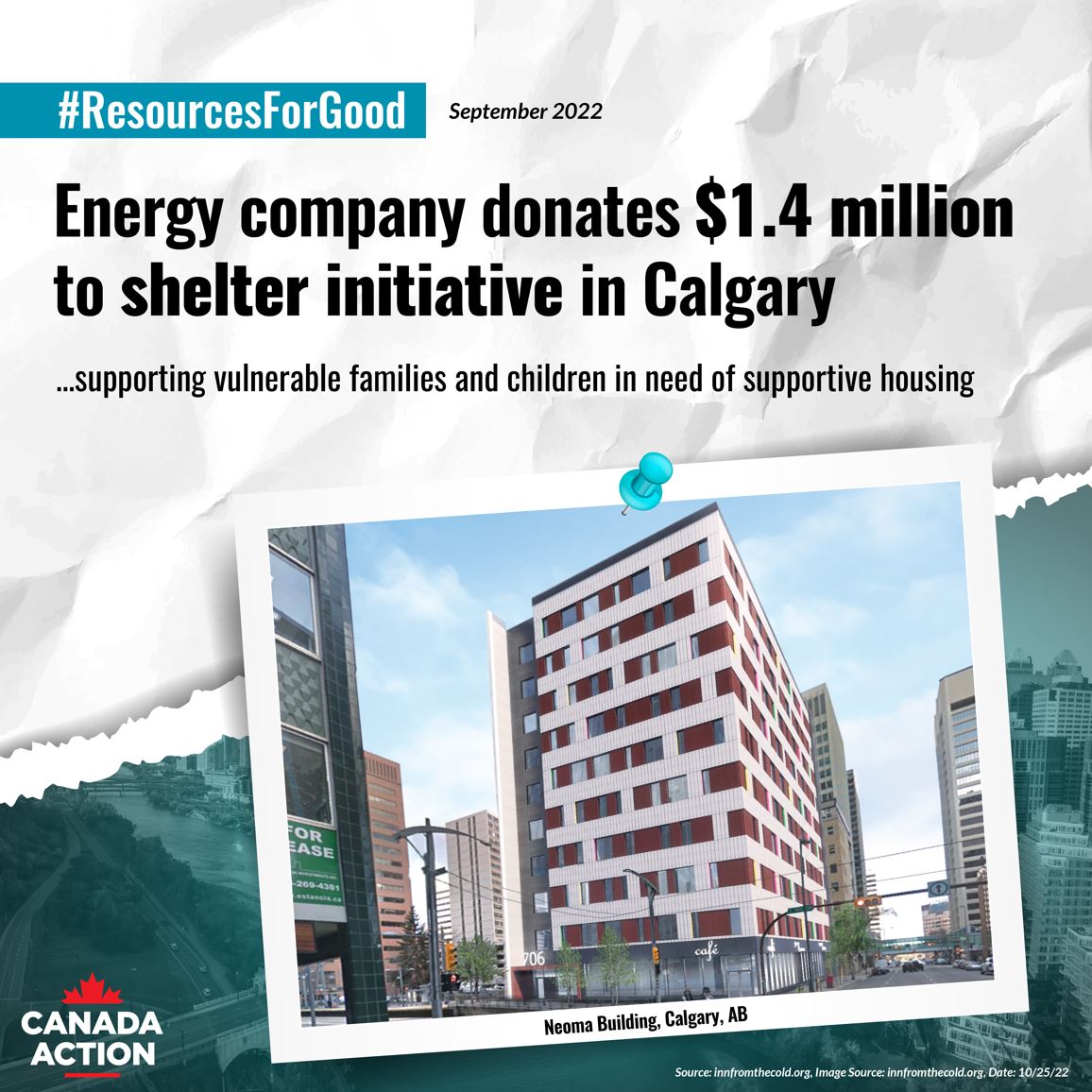 "We have been so amazed by the generosity of the Calgary community through this campaign," said Heather Morley, Executive Director of Inn from the Cold.

"Vermilion's gift to complete our capital campaign is a major investment in vulnerable families and helps us foster an environment where families are able to thrive and achieve housing stability."

Vermillion's contribution was the largest to date for the campaign, resulting in one floor of HomeSpace and Inn from the Cold's project in downtown Calgary being named the 'Vermilion Energy Family Floor.' 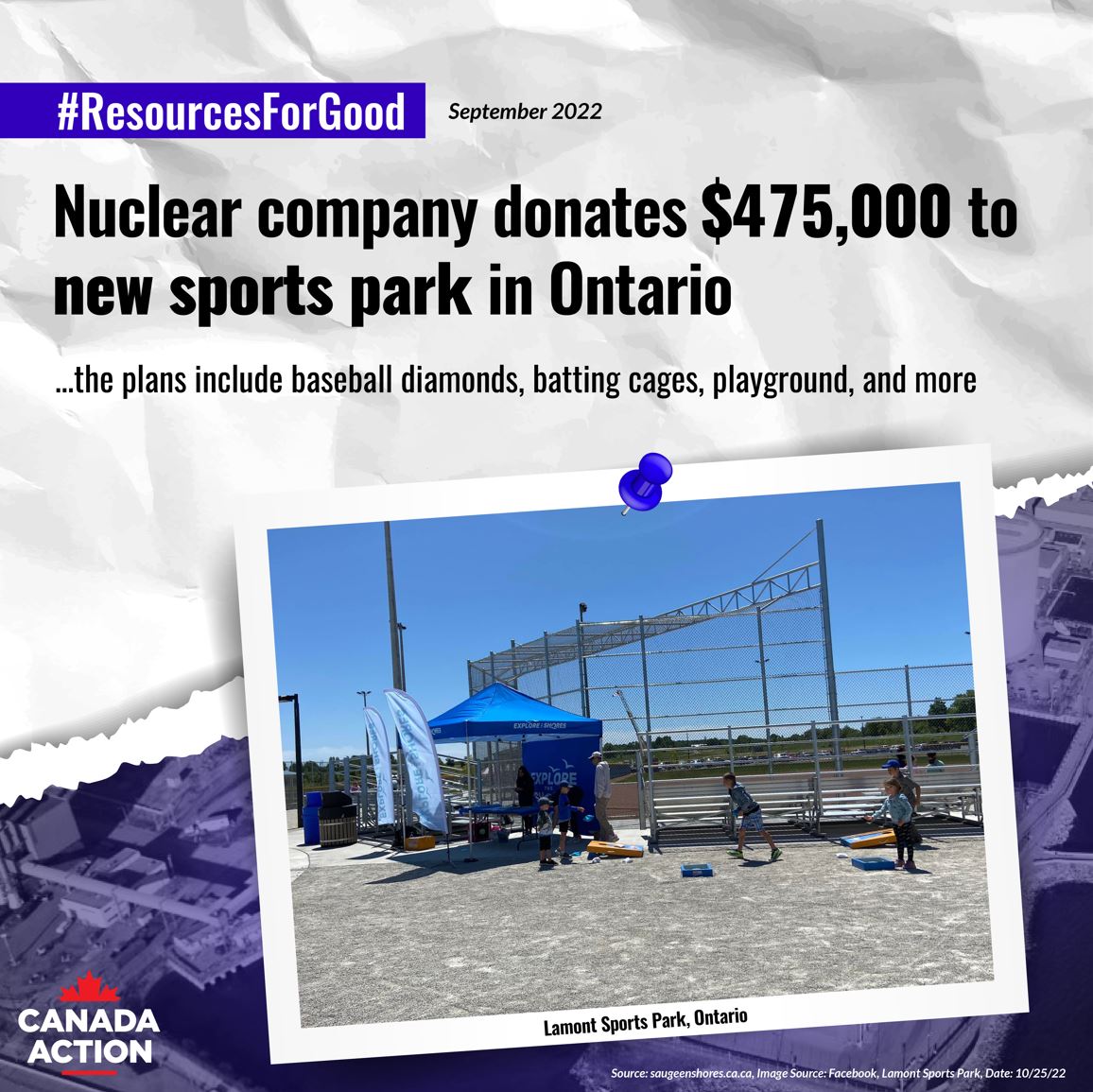 (September 2022) – Bruce Power put $250,000 towards the completion of the Lamont Sports Park in Saugeen Shores, Ontario. Following this, the company's supplier also contributed $225,000 while the company's CEO added another $10,500 to the park.

"Over the decades, there's been lots of fundraising missions for different rec facilities. This is easily the most money ever raised, by a long shot, for a recreation centre in our town. It demonstrates the overwhelming prosperity in our community and the success of our community," said Luke Charbonneau, Mayor of Saugeen Shores.

Phase 1 of Lamont Sports Park is officially set to open in May of 2023. Pending approval of Phase 2, construction is planned for the summer of 2023, with its opening set for early 2025. The plans include baseball diamonds, batting cages, a fully accessible playground, and more.

Canada's natural resources sector has our back, so let's give our support back in return! We should champion the industry's world-class record as they champion our economy, exports, job market, and so much more!

"For Indigenous communities, an equity stake in a resource or other major project can provide long-term economic benefits. But borrowing money to finance such investments can be difficult, because of regulatory barriers..."https://t.co/nODPsiWHL6 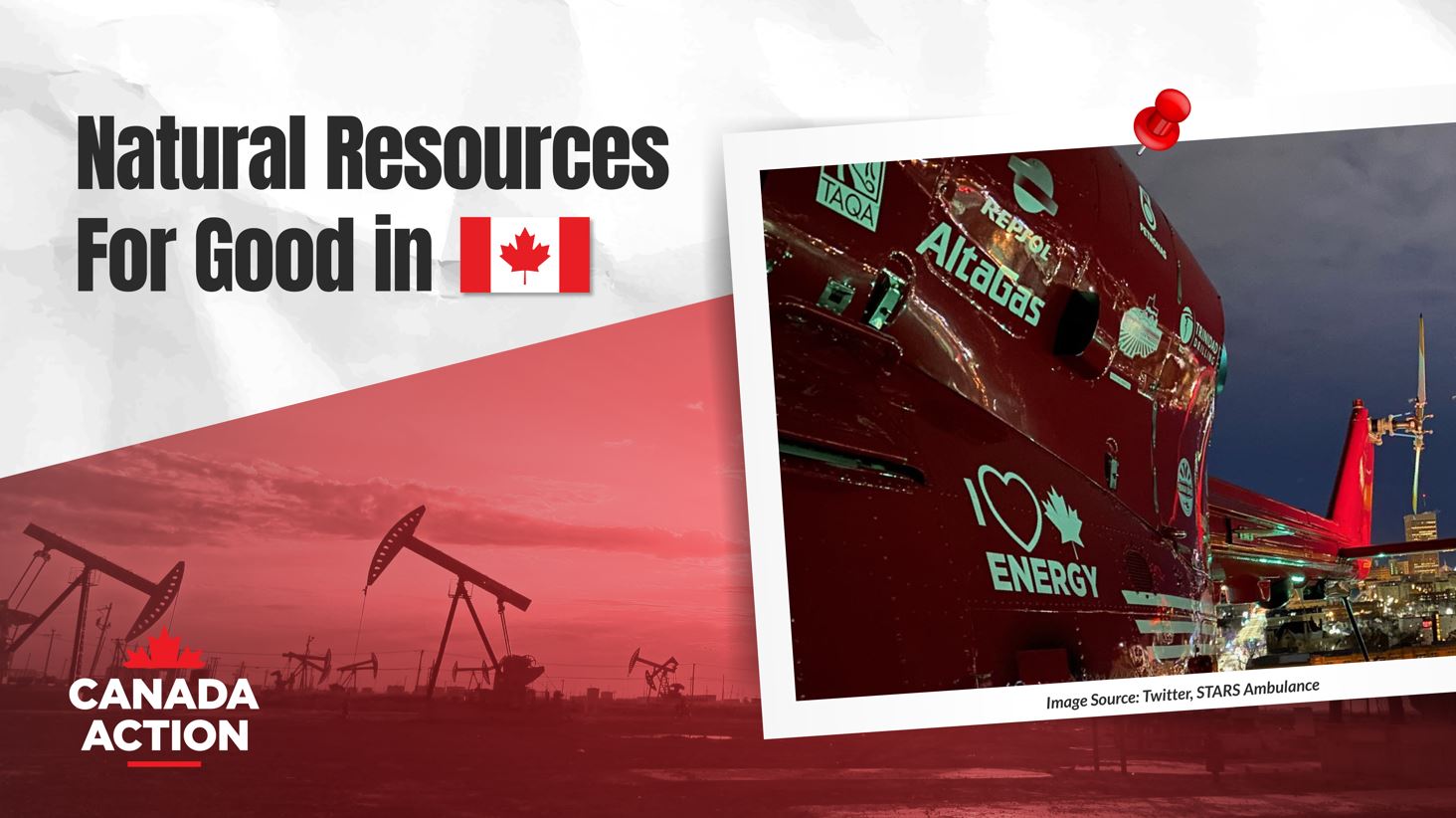 Canada's natural resources sector benefits Canadians in many different ways. Some examples include economic contributions to government revenues and jobs but also through donations to communities that often go unnoticed. As well, volunteer commitments and other community supp... 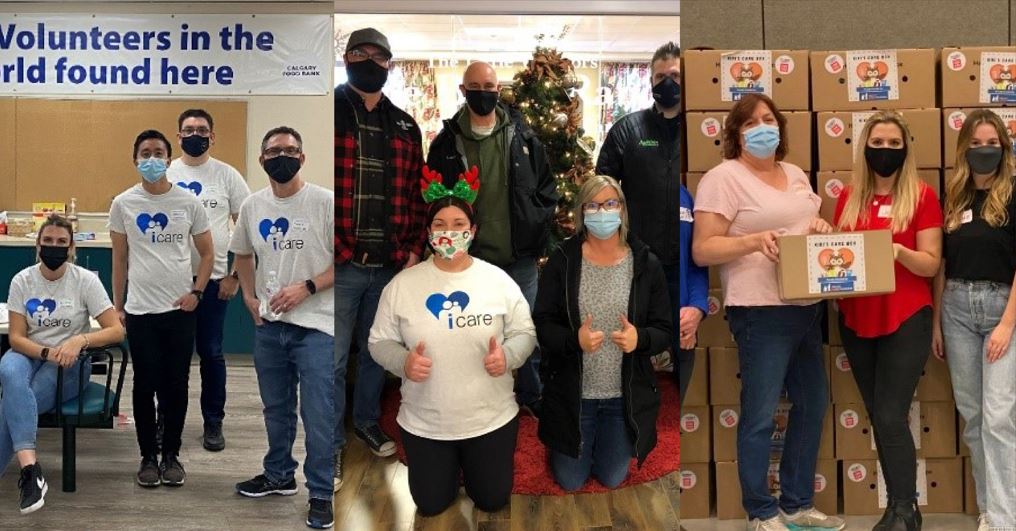 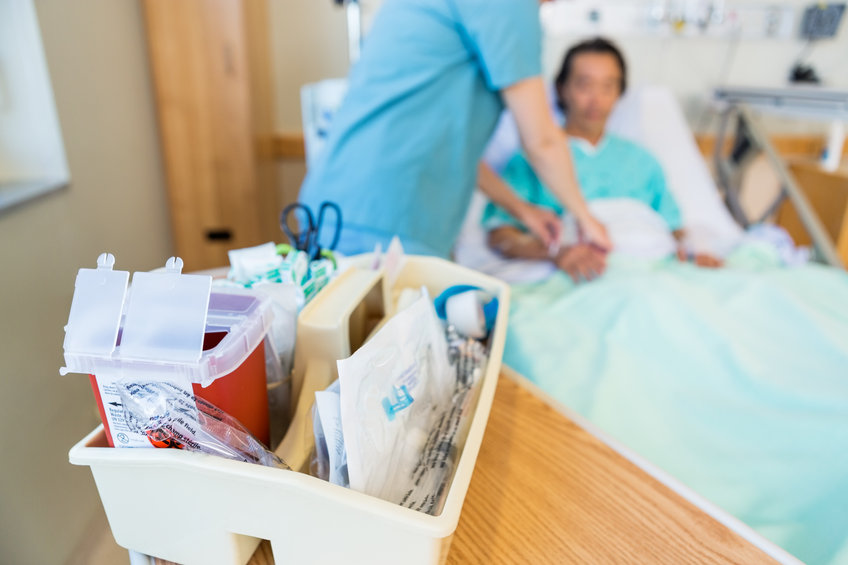 Canada’s natural resources sector provides support to Canadian communities through donations and other contributions that often go without the public recognition that they deserve. In part five of our Resources for Good series, we feature three more recent examples of how the ...